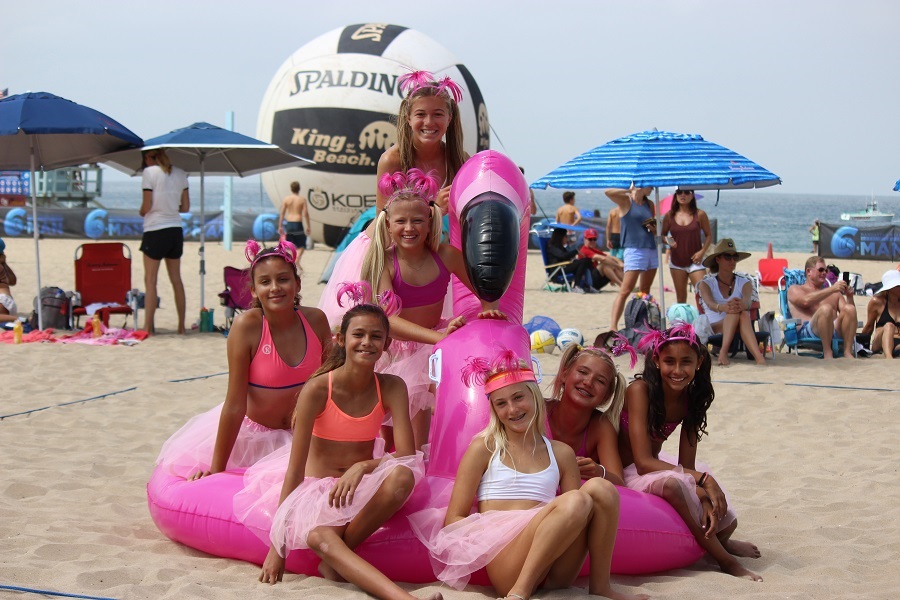 The next generation of the long-running Saikley 6-Man beach volleyball tournament hit the sand courts in Manhattan Beach for the Junior version of the event on Sunday.

Now in its third year, the Junior 6-Man featured 15, theme-oriented teams highlighted by the Flamingos, who captured the 12U coed championship, defeating the Super Girls in the finals.

“The skill level of male and female players in the 12U age group is pretty much equal,” Tournament Director JP Saikley said. “The competition was great but it’s a little more challenging to run the Junior 6-man compared to the adult tournament.”

Team Morica won the all-boys 14U division over MB Smurf while the San Diego-based Pointers team took top honors in the 18U division, comprised mostly of boys club teams.

“Team Munch has played in this tournament the past three years,” recent Redondo Union High School graduate Logan Glave said. “Our jerseys are inspired by the one worn by actor Will Ferrell’s character Jackie Moon in the movie Semi-Pro. We play so we can get a bid into the famous MB 6-man. The bid makes it so that we don’t have to pay the buy-in to enter the adult tournament. Unfortunately, we lost in the semis in a game we should’ve won.”

“It’s a challenge to increase the number of teams because kids, especially volleyball players who have just finished club and beach seasons, are taking their summer vacations,” Saikley said. “The City of Manhattan Beach has worked with us to keep the event going in hopes that it will lead to the continued popularity of the 6-Man tournament when these kids become adults.