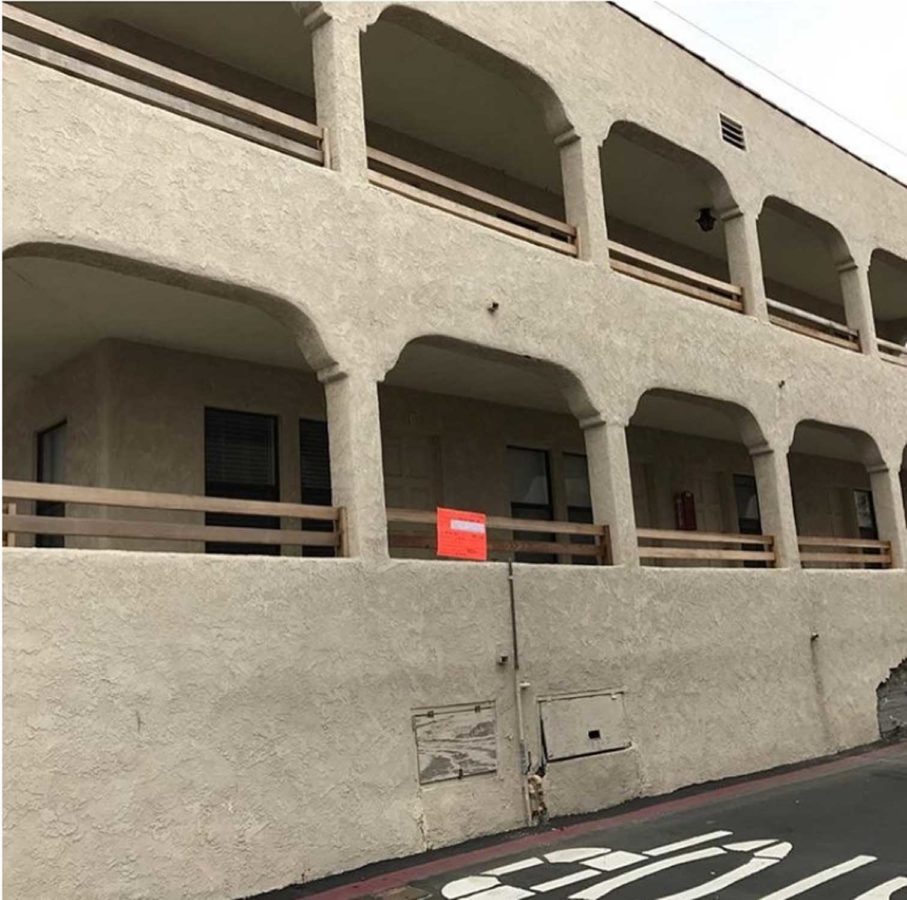 The former Alamo Apartments in Hermosa Beach. The recently shelved SB 50 would have made it easier to build multi-family housing throughout the state. Photo by Mary Stevens from @oldhermosa

I’m waiting for the second part to pass final judgement, but this first installment really only does a surface analysis that demonstrates a one-sided bias (“Remember the Alamo,” ER May 30, 2019. The one fact that is spelled out in the article is the politically driven, unfair practice of the RHNA (Regional Housing Need Allocation). Similarly, SB50,  as it matured, started to exclude wealthy counties such as Marin County. This article is dominated by those same politically driven justifications for added density.

Despite what the article states, zoning and city planning go way, way back in history. Many ancient cities demonstrated zoning that would be recognized today — institutional areas, market and commerce areas, housing areas… In the US zoning practices rose with industrialization.

Should a city put housing next to a big, polluting noisy industrial steel mill? Of course not, but that is what many cities faced prior to zoning. It was not all racially motivated as the article would have you believe.

The article ignores issues a city faces when zoning. City budgets are largely driven by the land uses. Too much housing creates structural deficits. Redondo’s zoning, for example, is dominated by housing and retail/restaurant zoning. Of the Beach Cities, Redondo certainly has the density to support lots of retail and restaurant uses. But, 93 percent of Redondo’s workforce, nearly half our population, leaves the city every weekday because there are no jobs for the skills of those who live in Redondo. With half its residents leaving each weekday, the city’s business districts suffer during weekdays, year round. Most of their prospective customers are spending their money near their work centers in other cities. Go to the Redondo harbor area during a weekday for lunch. Then go to Rosecrans or downtown El Segundo for lunch. The harbor is a ghost town and Rosecrans and downtown El Segundo are booming.

Adding more housing to a city with a lack of local workforce jobs only exacerbates the situation. Fiscal viability is firmly rooted in the zoning of each city. Redondo does not get sales tax from the businesses in areas such as El Segundo, where many Redondo residents spend their money during the workday. But Redondo has to provide the infrastructure and services driven by the housing for those workers. Any primer on City planning demonstrates that housing is a poor producer of city revenues while it is a major driver of city costs.

Some politicians argue that these are regional issues. These politicians ignore the fact that each city must balance its own budget. So unless the County and State are willing to subsidize zoning decisions forced on a city, they need to let each city manage its own zoning.

A jobs/workforce imbalance creates another of our most notorious issues — rush hour traffic jams. Commuters leaving Redondo create over 30,000 car trips leaving in the morning and coming back in the afternoon. Redondo generates another 23,000 car trips per weekday of restaurant and retail workers commuting into and out of Redondo. Combined, our jobs/workforce imbalance generates over 53,000 car trips each way, every weekday. As our city grows it is no wonder our “rush hour” starts earlier and continues longer each year.

State laws favor “Transit Oriented” residential development under the theory that more people will rely on mass transit. Yet CalTrans’ own studies demonstrate that these developments do not have a meaningful impact on mass transit use. In one study, less than 10 percent of the residents of a LA “transit oriented” residential development actually used the transit to commute to work. Less than 5 percent used transit for non-work commutes. The CalTrans studies show two things that increase transit ridership — very, very low income housing and job centers near major transit centers. SB 50 and similar bills do not address either.

Under the increasing number of state laws, we see developer lobbying and political donations  resulting in state mandates that are not born out of any really science. And none of it is truly aimed at addressing housing affordability, as our bought-out politicians would have us believe.

Which brings us to another fact missed in the article. It is easy to grow housing numbers when there is vacant land. With the building boom of the ‘60s and ‘70s eating up the vast majority of vacant land in the South Bay, that ship sailed a long time ago. So now we are faced with infill development, which means building up is the only alternative. Our densest cities have shown that once a city commits to high density, vertical growth, housing prices do not drop to affordable levels. The supply and demand argument used to argue that more housing leads to greater affordability ignores other forces that drive housing pricing. When you have our climate applied to a narrow, coastal flatland, backed by mountains in what is essentially a desert, the demand for housing will always be greater than any amount of building can provide for. And the water supply issue will only be exacerbated. It is a self-licking ice cream cone. As to water, the Colorado River no longer reaches the Gulf of California because of urban areas sucking it dry. Now we cut off water to farmers in one of the most fertile and highest yielding agricultural areas in the U.S. to supply dense urban areas. Our Water Districts pencil whip environmental assessments and never truly assess the environmental impacts of cumulative development. Once again, politics, lobbying, and political donations “trump” the obvious facts of the matter.

Opposition to increased residential densification is not just NIMBYism. There are very, very sound arguments for balancing development in any city. Hopefully, Part 2 of “Remember the Alamo”  will balance the one-sided arguments presented in this first part.