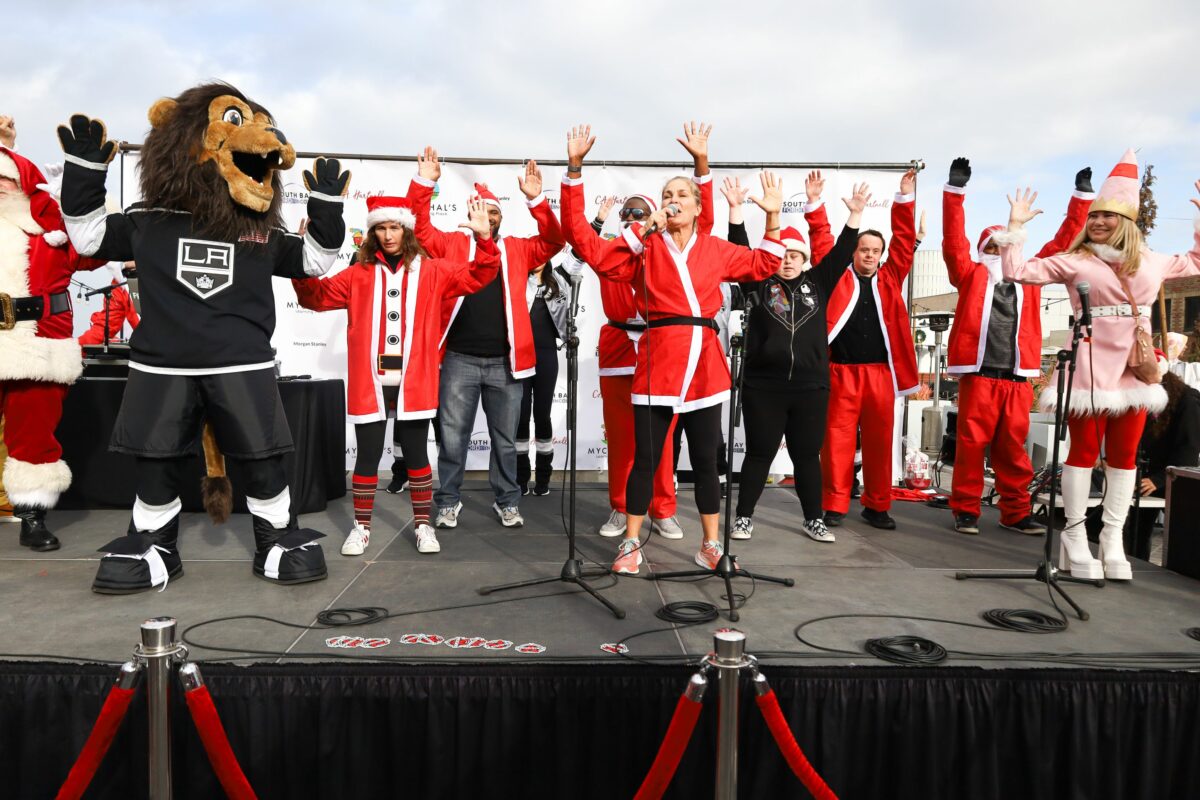 by Kevin Cody
A sea of Santas flooded the Hermosa Beach/Manhattan Beach Strand Saturday morning. The occasion was the Fourth Annual California Santa Stroll, in support of Mychal’s Learning Place.
The more than 800 Santas was a record, despite the threat of rain, according to Mychal’s founding executive director Ed Lynch. Each stroller was offered a Santa outfit, but many, in particular the Santa dogs, wore their own holiday outfits.
The morning began with Mychal’s Place baker Kate McLaughlin leading the Santas in singing “America the Beautiful,” followed by Christmas carols by the Coast Music Harmonics and Mychal’s own holiday choir. Elves Buddy and Jovi (Hammitt’s Tony Drockton and Shelley Montanez-Ramirez), and the Kings’ Bailey the Bear, emceed the event.
Mychal’s Learning Place offers support for teens and adults with developmental disabilities. Its clients operate a printing, and embroidery company in Redondo Beach, a bakery in Hawthorne, and a cafeteria at Torrance Memorial Medical Center.
“Our goal,” Lynch told the Santas, “is to provide quality programs so our clients can move on to living quality lives.”
For more about Mychal’s Learning Place, visit Mychals.org.