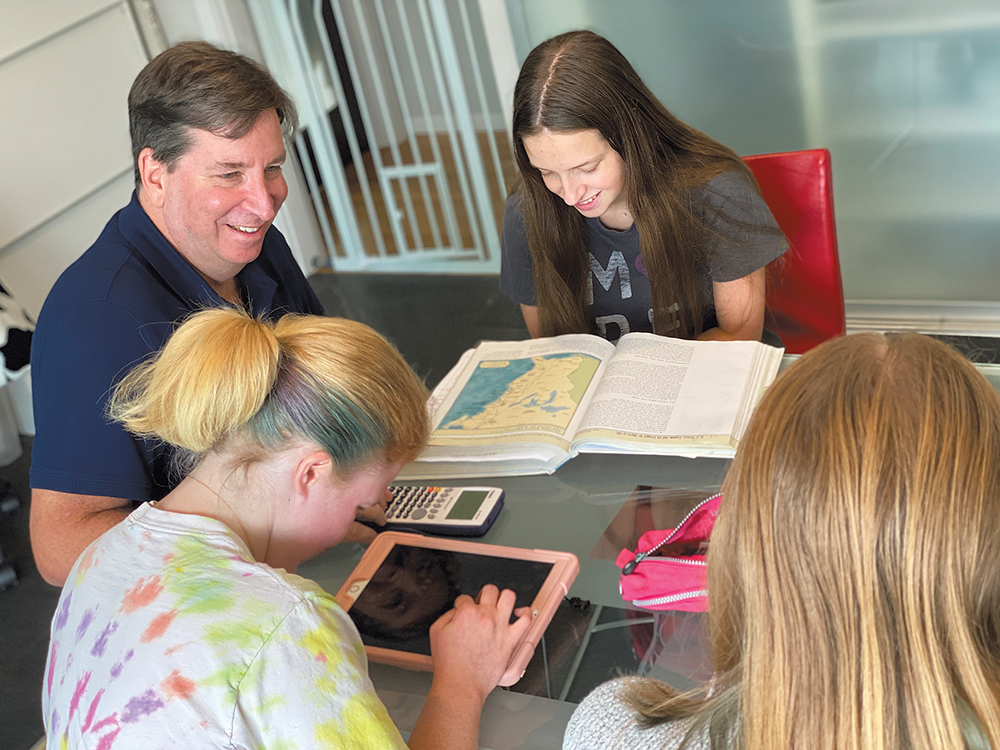 Jeffrey Frankel with his daughter Jillian, (clockwise) an unidentified classmate and classmate Kourtney. Photo courtesy of the Frankel family

Close friend Jeannie Hahn said of Palos Verdes Peninsula Unified School Board member Jeffrey Frankel, “He was a tireless board member who did not give up till a job was finished. He used to say, ‘One act of kindness, sparks another act of kindness.’ And that sparked him.”

Frankel passed away, at age 59, on Saturday, April 3, just five months after being elected to the school board. He had previously served on the district’s Budget Advisory Committee.

The cause of death has not been disclosed.

Hahn said she and Frankel talked twice a week, frequently about their shared interest in special needs students. She said his compassion and advocacy was spawned by his own daughter’s special needs. After she was barred from participating in a school play, he posted his disappointment on Nextdoor. Other parents subsequently persuaded the drama department to allow his daughter to participate in their productions.

On March 11, Frankel announced that the PVPUSD board had reached an agreement with the California Department of Rehabilitation. The agreement will fund expanded services and occupational opportunities for older special education and Transition to Independence (TTI) students. Hahn said the services will include physical therapy, car services, and speech therapy.

Fellow school board member Rick Phillipsnoted these words from the Frankel family, “His goal was for every student, including special needs students, to reach their full potential, and he found untapped funding sources to finance his vision.”

The issues that Frankel tackled for education, he always handled with a deep dive, said Hahn.  During his election campaign, he committed to devoting full time to the schools, if elected. Frankel was retired from working as a consultant for Shark/ Ninja’s infomercial marketing.

Hahn said Frankel made time to visit all the schools. When one of the high schools asked for track and field improvements, Frankel talked to the staff and students about their request and visited the site. When he heard about a highly regarded special needs center, he drove the two hours to visit it to investigate if their programs would help Palos Verdes’ special needs students.

The PVPUSD school board vacancy has 60 days to appoint an interim replacement or schedule a special election. His term was set to expire at the end of 2024.

The Frankel family asks that donations in Jeffrey’s name may be made to the Palos Verdes Peninsula Unified School District’s Transition to Independence program. PEN