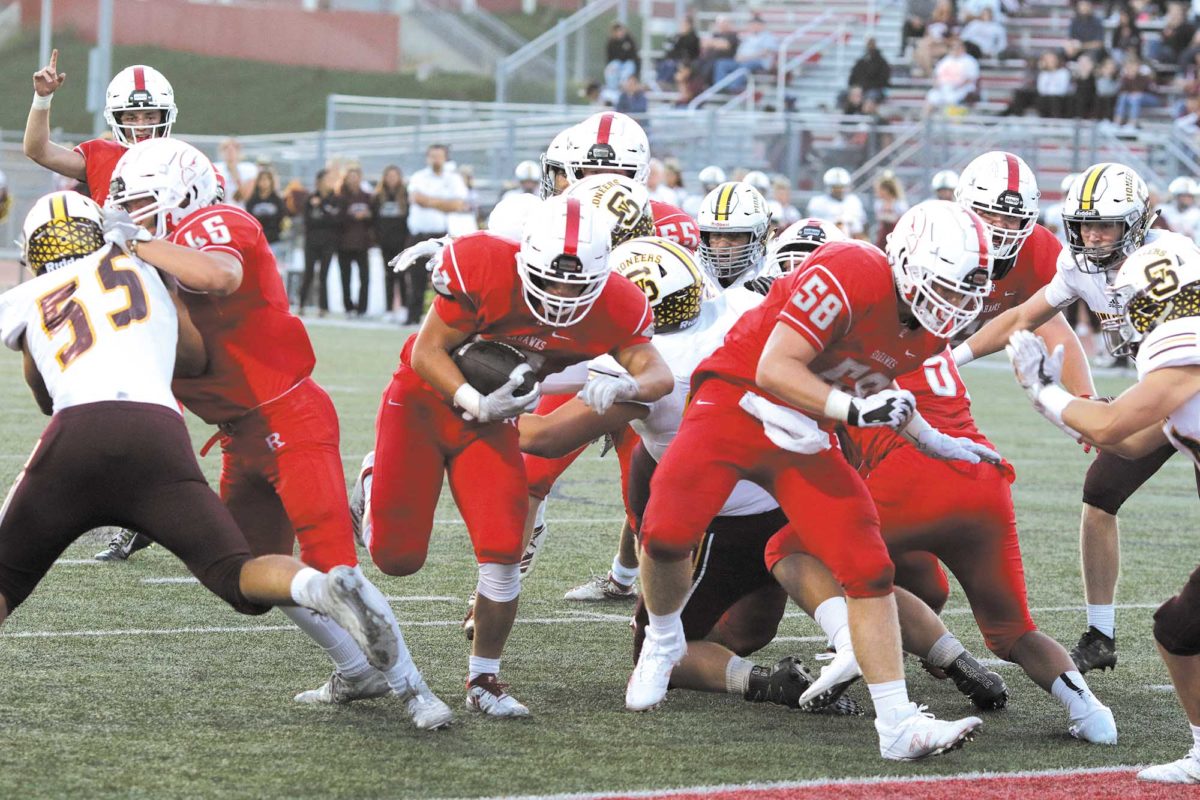 Kale Nilsen glides through a hole in the line opened up by Dylan Parkinson (45) and Nick Schmidt (58). 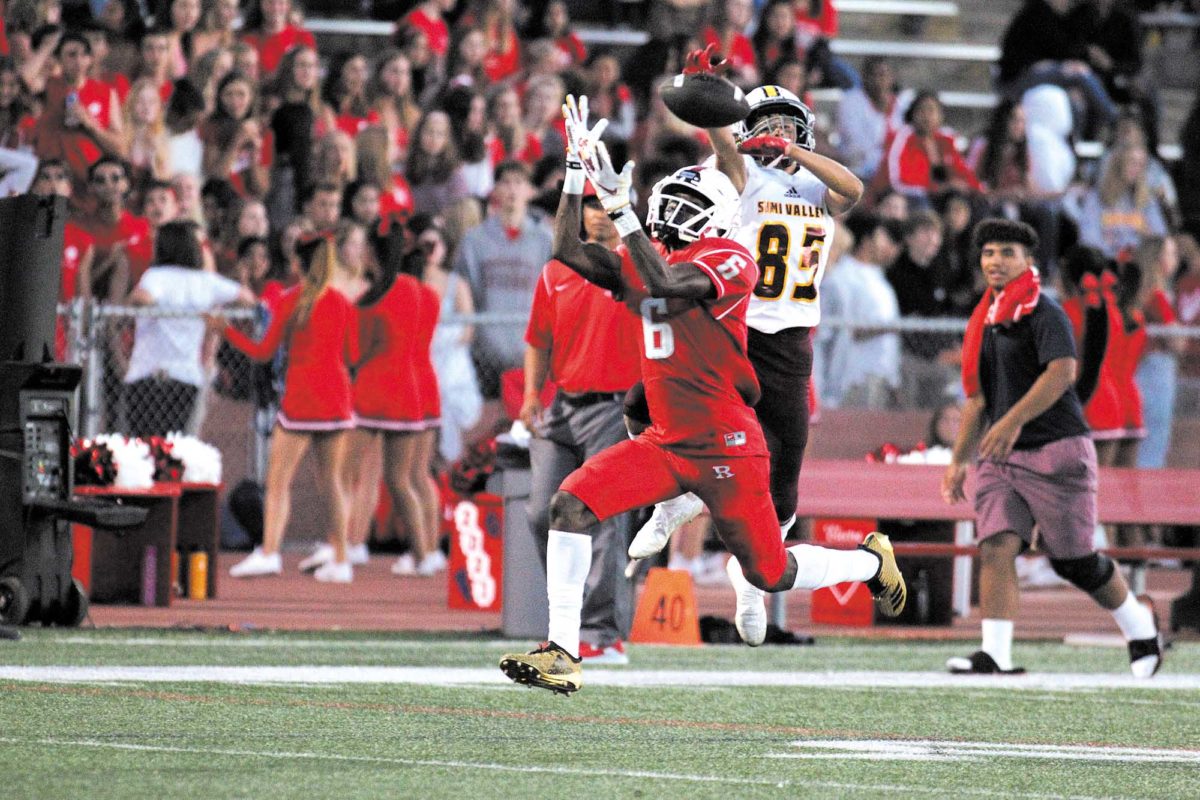 Markeece Alexander prepares to pull in a perfectly thrown pass from quarterback Daniel Webb for a 17-yard touchdown. 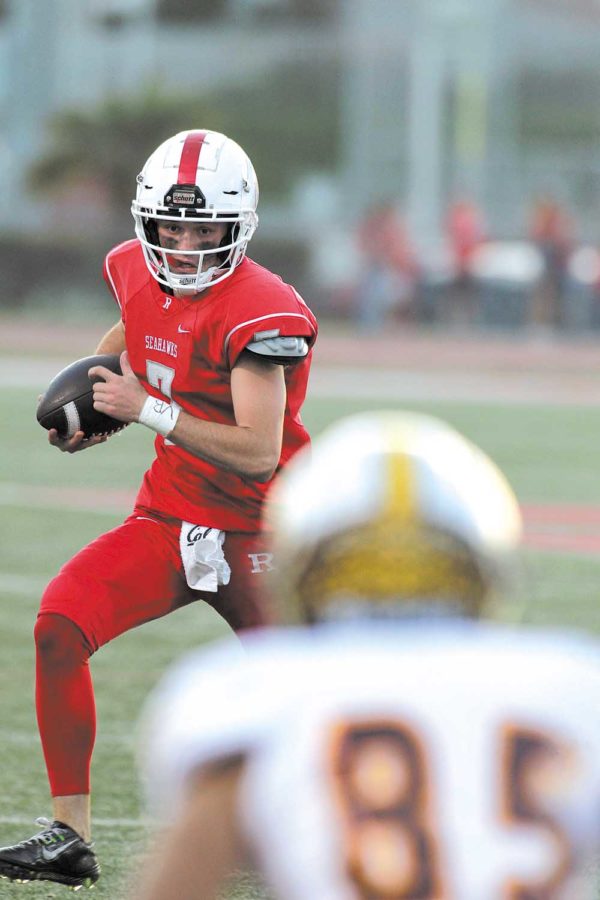 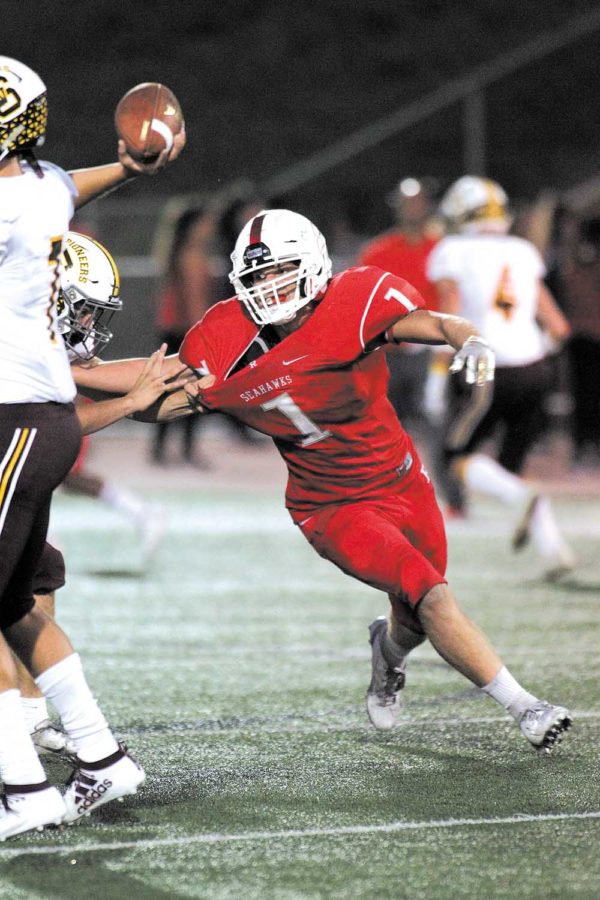 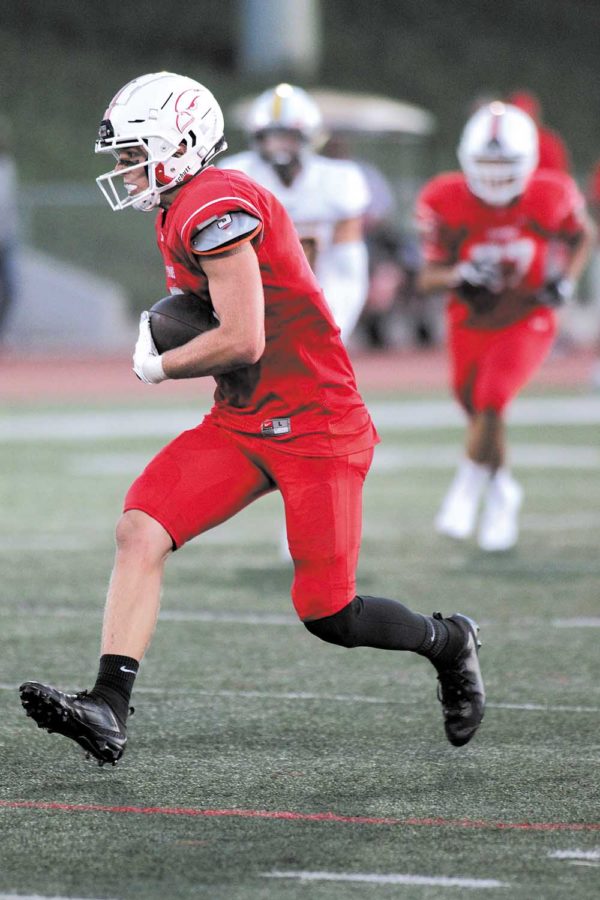