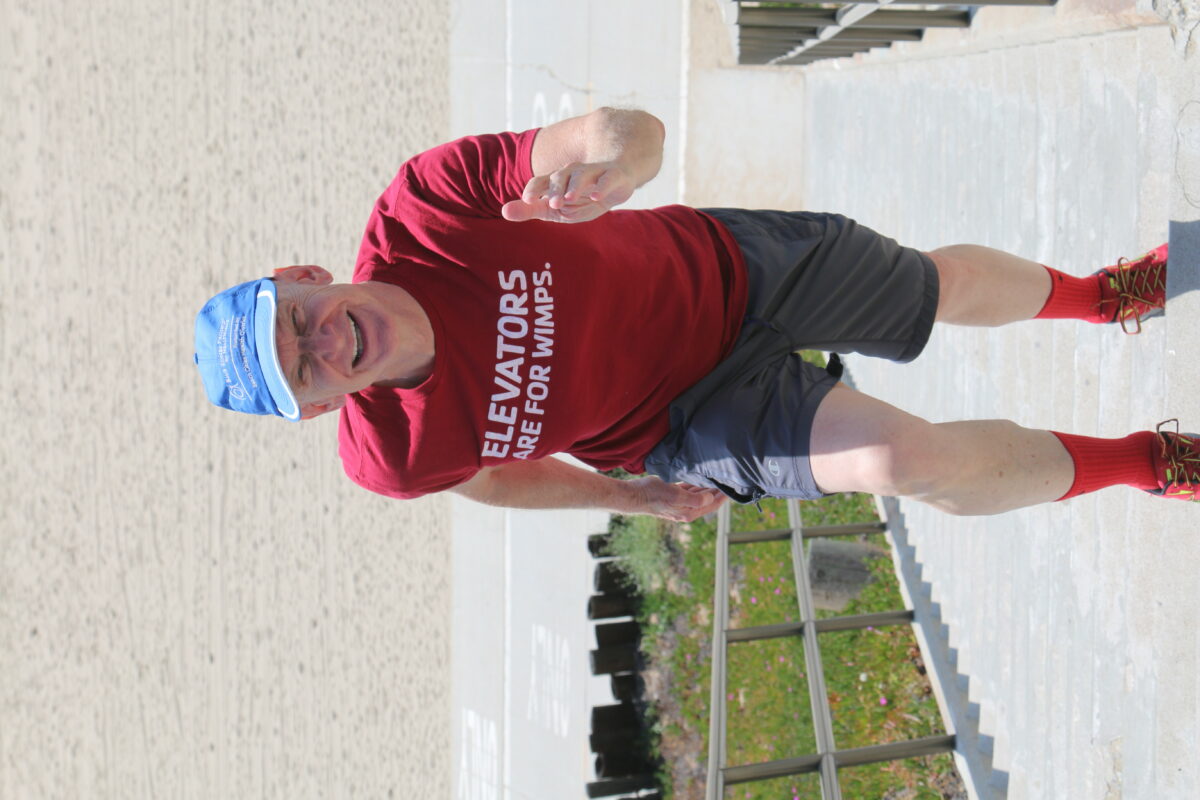 Redondo Beach resident Paul Senior will be climbing 90 flights of stairs up One World Trade Center twice for charity on Sunday, May 17. Photo 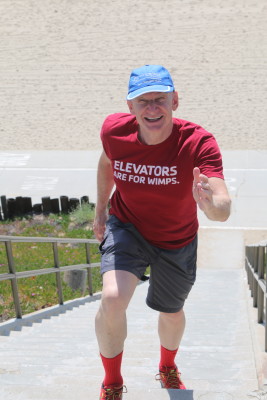 Redondo Beach resident Paul Senior will be climbing 90 flights of stairs up One World Trade Center twice for charity on Sunday, May 17. Photo

Paul Senior is 70 years old, and on Sunday, May 17, he’s going to climb one flight of stairs at the World Trade Center for every year that he’s been alive.

Senior is taking part in the first annual Stephen Siller Tunnel to Tower climb, a trek up the 90 flights of the One World Trade Center in honor of the New York Fire Department firefighter who lost his life on September 11, 2001 after running from the Brooklyn Battery Tunnel to the Twin Towers, carrying 60 pounds of gear.

This will be Senior’s seventh stair-climbing event. He is twelfth-ranked in his division by the U.S.A. Stair Climbing Association, having not participated in a single such event before 2014.

Before that, Senior hadn’t participated in an athletic event in years — and more amazingly, he didn’t begin going to the gym with regularity until he was 64 years old.

Now, he’s a regular at the Beach Cities Health District’s Center for Health and Fitness — and bordering on a fanatic, the type of person who’ll occasionally take three fitness classes a day when he’s not working with his trainer.

But Senior doesn’t see himself as a fanatic — he’s just diligent, he says. “I’m new to this gym stuff,” he said.

Senior has boundless energy, demonstrated by his two rapid ascents up the staircase at Redondo Beach’s Avenue C and the Esplanade. He moves fast, thinks fast and talks fast. “I’m an exception because I do this and I’m 70 and I’ve gotten myself in good shape because of these people,” he said. “I don’t consider myself a freak of nature — it just so happens that, for whatever reason, I never got injured when I was younger. I know I’m not the only one that can do this.”

His trainer, Derick Malit, understands Senior’s enthusiasm. “Paul visualized his ‘fitness career’ as his new job,” Malit said and as with any job, there comes a uniform. Senior patterned his after Malit, with bright training shoes, bright, matching socks and a matching, form-fitting t-shirt.  “With any goal there is a plan, an organized attack to solve the problem, and within that drive you have to show up to work in your uniform and do what your boss says,” Malit said, noting that Senior’s fitness improved to the point that he could qualify for the Army Rangers.

At this point, Senior’s taking all of the classes he can — even the ones that younger men, he says, are afraid of doing.

“I don’t know if it’s because I’ve got no shame and when you’re old you can do whatever you want. I can take all these courses where younger guys don’t want to do Zumba, or yoga,” he said, smiling. “One thing about being a guy at the gym at these classes, I get a lot of support from all of women who are there — but only now that I’m an old married guy. Where were these women when I was younger?”

He smiles broadly, even when trepidation at the climb ahead of him sinks in. It’s no short climb, totaling out to 1970 steps, but he’s keeping his eyes forward. After all, it is a charity event supporting injured first responders and service members. He’s already put $125 of his own money toward the fundraiser.

For more information, and to sponsor Paul Senior’s climb, go to beachcitiesgym.com.