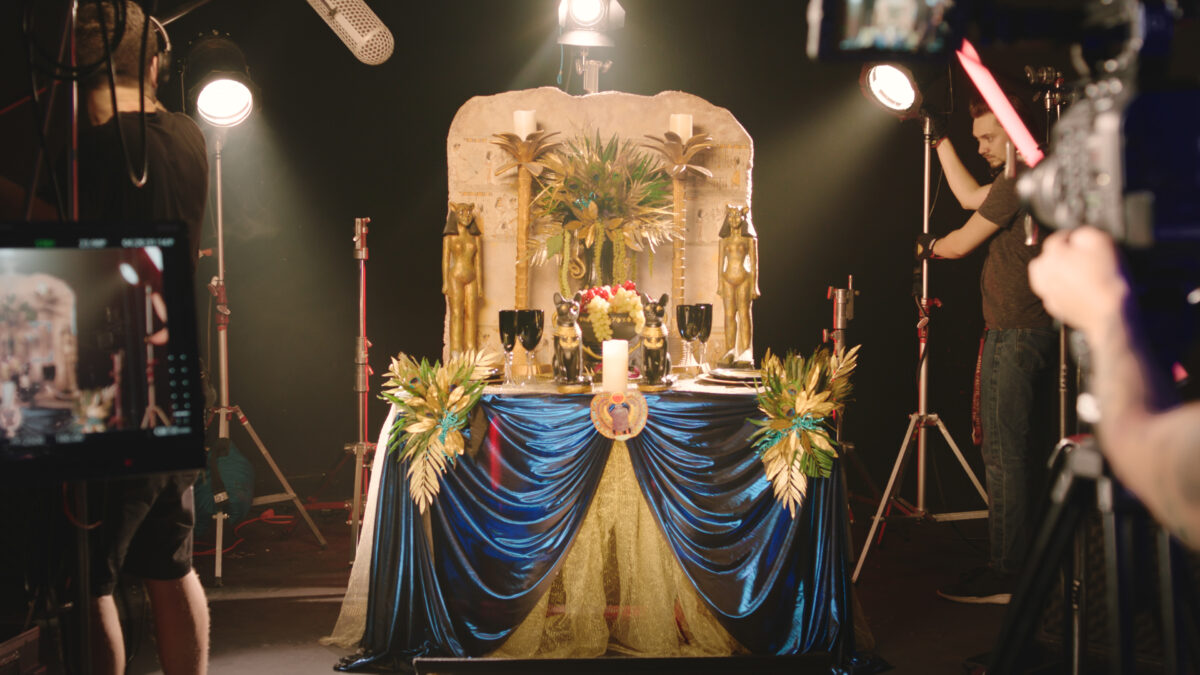 Setting the table is more than a chore in "Set!". Photo by Jon Salmon, courtesy of Discovery+.

In the category of “You’ve Got to Be Kidding” comes the documentary “Set!” directed by Scott Gawlik. Who knew there was a sport of table setting, also known as tablescaping. Apparently a pastime of primarily mid-life white women with too little to do, tablescaping involves elaborate table decorating around a theme. This is not your best friend setting an elaborate Christmas table overflowing with candles, wreaths, holly, porcelain reindeers, red and green napkins held in place with elf napkin rings, her evergreen tree china, and best sterling. No. This is a competitive event held at Southern California county fairs where contestants present tables set around a designated theme and compete for “Best in Show” ribbons. As carried out by the seasoned veterans of this circuit, competitive table setting is almost a blood sport.

Gawlik’s excellent documentary follows a bevy of contestants who have entered the Orange County (California) County Fair competition for the 6 months leading up to the actual event. Several women and one man are profiled and interviewed extensively. While I may sound smug and disdainful, Gawlik treats his subjects with respect.

These competitions abide by a very stringent set of rules, all of which must be followed or points will be deducted from the possible total of 100. Emily Post’s Etiquette is always a good place to start. The position of cutlery around the plate is never varying. The placement of a soup spoon above the plate rather than between the knife and dessert spoon may be a deduction of enough points to go from a first to a second place. One of the contestants placed a fork on top of the napkin under the napkin ring and was immediately fouled. As beautiful as it looked, the rules of etiquette call for the for to be adjacent to the plate at all times. I had no idea, but there is actually a set number of inches from the table’s edge for correct plate placement. There are also rules about how wide and how tall build-outs can be. The construction of these tables, round or rectangular, can be quite elaborate with lights, framing, and moving parts.

But enough of the details (all of which do count enormously). The real attraction, both for the contestants and the judges, is in the creativity used in thematic artistry. The year in question at the Orange Country Fair allowed a choice of two themes from which the contestants could choose—International Travel or Farm Life. And this is where in depth looks at the various participants is the most interesting.

Bonnie, a veteran of more than 20 years of competition (where have we been that we’ve missed this?) has won many ribbons over the years, but the only one that counts is “Best in Show” and she’s sure she has a winning idea this year —an African safari in the 1920s complete with fine china, Waterford crystal, and a faux zebra skin table cloth. Her arch rival, Marie, is working with her daughter for the first time in many years. They had begun teaming up long ago but due to creative differences they split. This year will be an experiment in seeing if they can bring home the top ribbon together. As will be seen over and over again, regardless of who the actual entrant is, this is often a family enterprise both from the standpoint of psychological support as well as physical labor.

Hilary gets her creative juices going in a sensory deprivation tank where her ideas just seem to arise. As she has in the past, she wants to use her platform to bring attention to real world problems and this year will be no different. She too will use Africa as her travel theme but will focus on the devastation caused by poachers. Her table will be replete with bones, taxidermied animals, and spent bullets. An outlier, she would be the Andy Warhol to the other Thomas Kinkaides. Hilary’s work, extremely creative, is an acquired taste and even she realizes that you’re either going to love it or hate it. There is no in between. 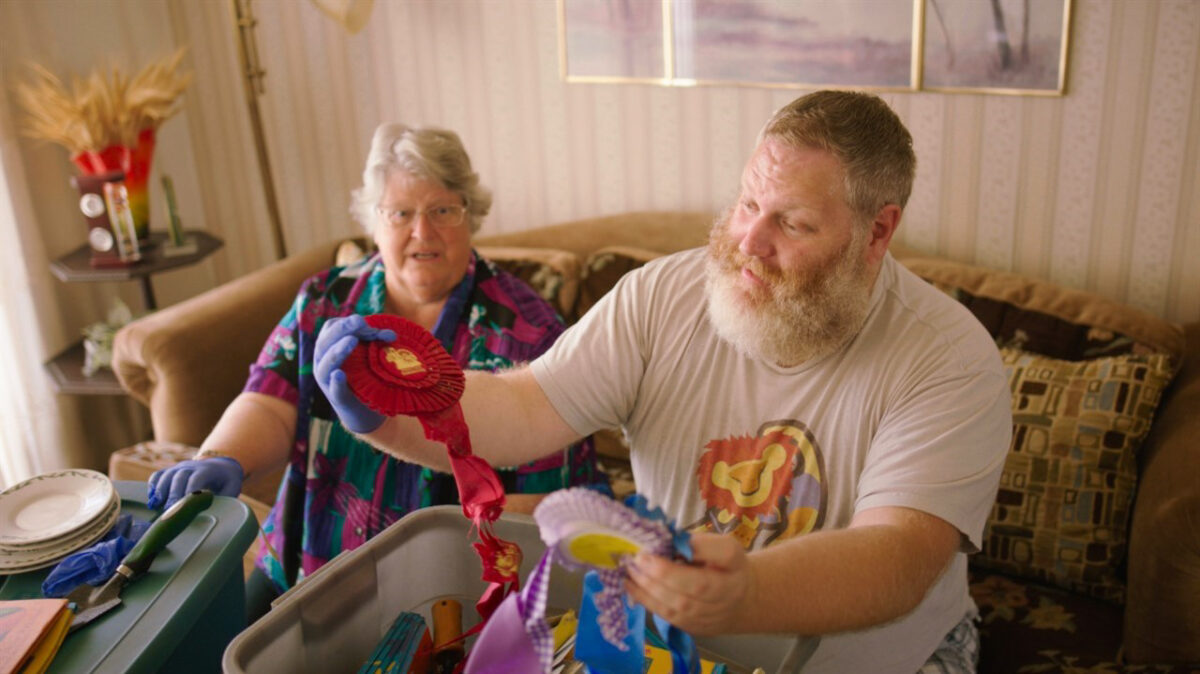 Tim Wyckoff and his mother in “Set!”. Photo by Jon Salmon, courtesy of Discovery+.

A personal favorite character is Tim, the lone male entrant. Tim, heavy, flamboyant, and recently let go from the Cosplay company where he’d been employed, is in need of a win to bolster his flagging self-esteem. The ribbon is his drug. But as even he puts it, “This is the whitest thing I do.” Choosing International Travel as his theme, he has used the Seuss book Oh, the Places You’ll Go as the basis for his table. It will be challenging because he has very little money to buy supplies.

Janet Law, Asian American and the sole woman of any color other than white, is very intense. Using her husband and brother to help her construct a scaffolding to hold a chandelier over the table, she knows the value of a WOW factor. Unlike the other women, many of whom rent storage units to hold past table decorations, she keeps her eight most recent tables displayed inside her Laguna Niguel home. At the end of this year’s competition, her table will have pride of place in her bedroom where she will see it every day when she wakes. As her husband often says, “A happy wife makes a happy marriage.”

Pay close attention to Crystal, a relative newbie who has already won several Best in Show ribbons. Her settings may appear bland but she is the most savvy in terms of hitting the sweet spots of the judges.

There are other contestants and other interviews and lots of other tables. You’ll just have to see it to believe it. And if you don’t get your fill here, stay tuned because this film is apparently to whet your appetite for the new Discovery + reality series called “Table Wars.”