“Silent Night” – If only [MOVIE REVIEW] 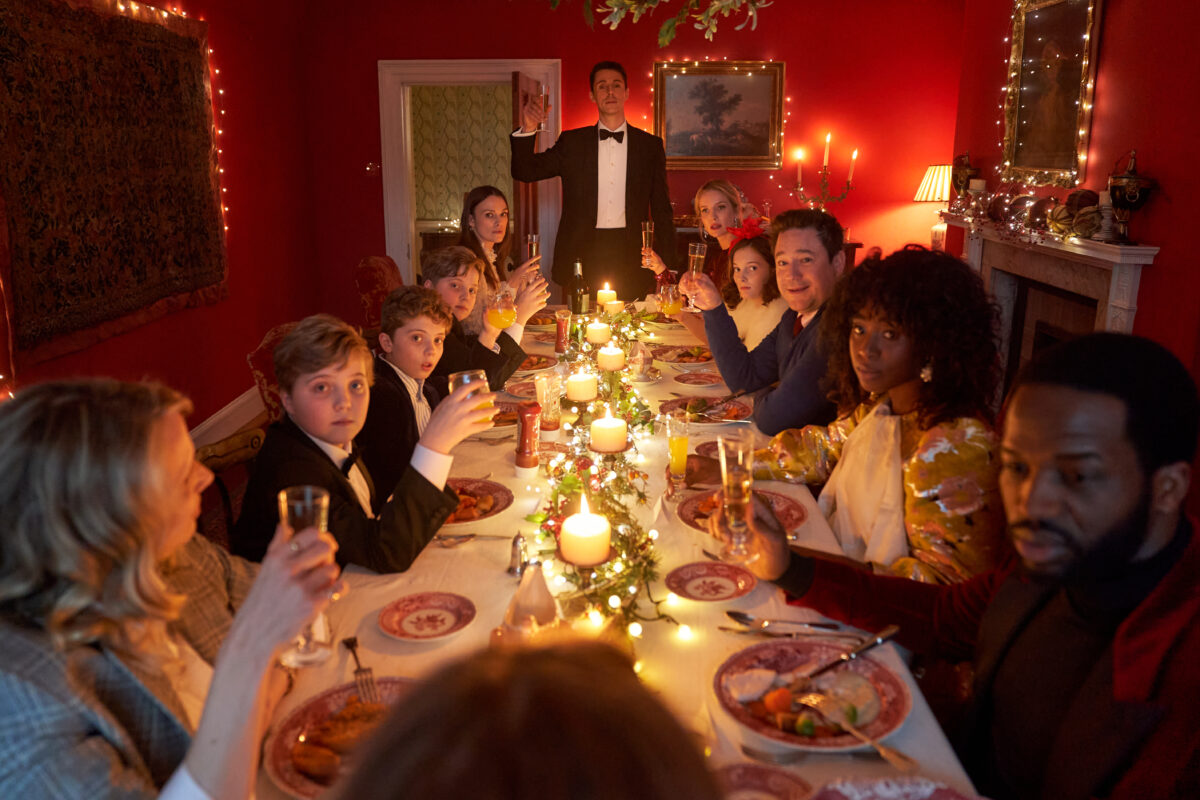 Ho! Ho! Ho! Just in time for the holidays writer/director Camille Griffin gives us a depressing look at the end of times.

Nell and Simon have gathered together their oldest friends for the annual Christmas celebration at their lush estate in the countryside. Everything is decorated as perfectly as you’d imagine an upper class English family would require. Something is in the air, though, and it isn’t sugar plums.

Nell and Simon’s children amuse themselves with their usual reindeer games. Precociously mature Art and his less gifted twin brothers Thomas and Hardy (no doubt wishful thinking on the part of the parents as there is nothing even vaguely romantic, bucolic, or intellectual about those two) take turns swearing and finding new ways to disturb the peace. They are soon joined by Kitty, the privileged and equally intellectually challenged daughter of Tony and Sandra. Other friends arrive. Bella with her same sex partner Alex are soon joined by James and his much younger pregnant girlfriend Sophie. Sophie is less than enthusiastic about participating because at last year’s function she was seated at the “children’s table.”

This will be their last Christmas together. The Russians have unleashed a cloud of toxic poison and it’s coming their way. The government has even provided a way out for the doomed citizenry so it’s time for confessions and to say whatever needs to be said.

Art, upon learning what is at hand, demands answers. His father does the best he can to offer explanations as answers are in short supply. Art’s questions border on the metaphysical and philosophical. Why do we live the way we do? Why do we get a choice in how we die? But there are no answers, just more questions.

Griffin, no doubt, intended this to be almost episodic in her portrayal of the disparate friends. Think of this as “Death, Actually” minus the humor and depth of Richard Curtis’s “Love Actually.”

Rarely has such a respected group of actors been assembled for such an exercise in navel gazing. 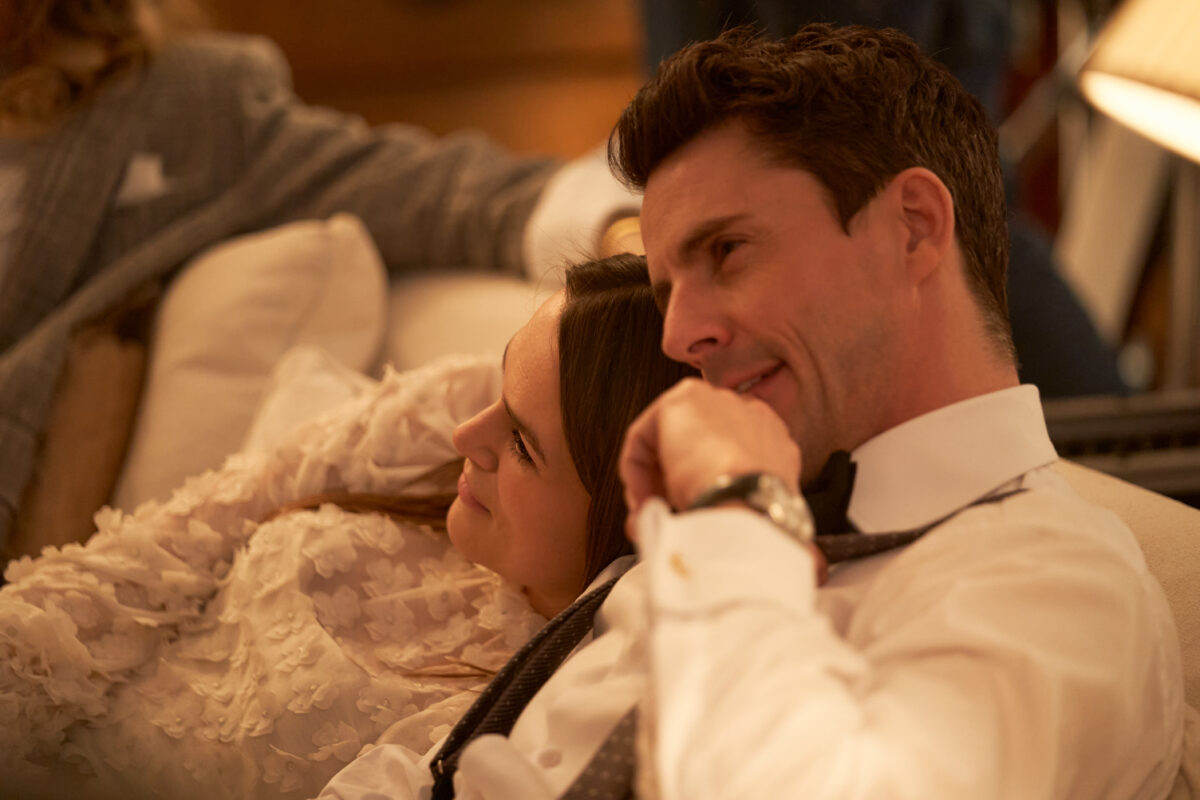 Kiera Knightley and Matthew Goode as Nell and Simon in “Silent Night,” Photo courtesy of AMC+ and RLJE Films.

Leading the cast as Nell and Simon are Keira Knightley and Matthew Goode. Knightley’s taut smile and terrorized eyes overcome a weakness in written character development. Goode, like his name, is quite good. He is the very embodiment of noblesse oblige with a social conscience. His scenes explaining privilege to his son Art are excellent.

Annabelle Wallis plays the very showy Sandra with demented delight, rocking a tight red sequined dress as she confesses various peccadillos in front of her hapless husband Tony played by Rufus Jones who, in contrast, is given little to do. Lucy Punch and Kirby Howell-Baptiste are the lesbian couple, Bella and Alex, but there’s nothing really for them to do other than bring a bit of LGBTQ diversity. Sopé Dìrisù as James is the suitably hunky and noble doctor who has brought his unwilling and unwitting girlfriend Sophie to this closed group. Played by Lily-Rose Depp, Sophie’s philosophical meanderings are only slightly more effective than her permanent pout. 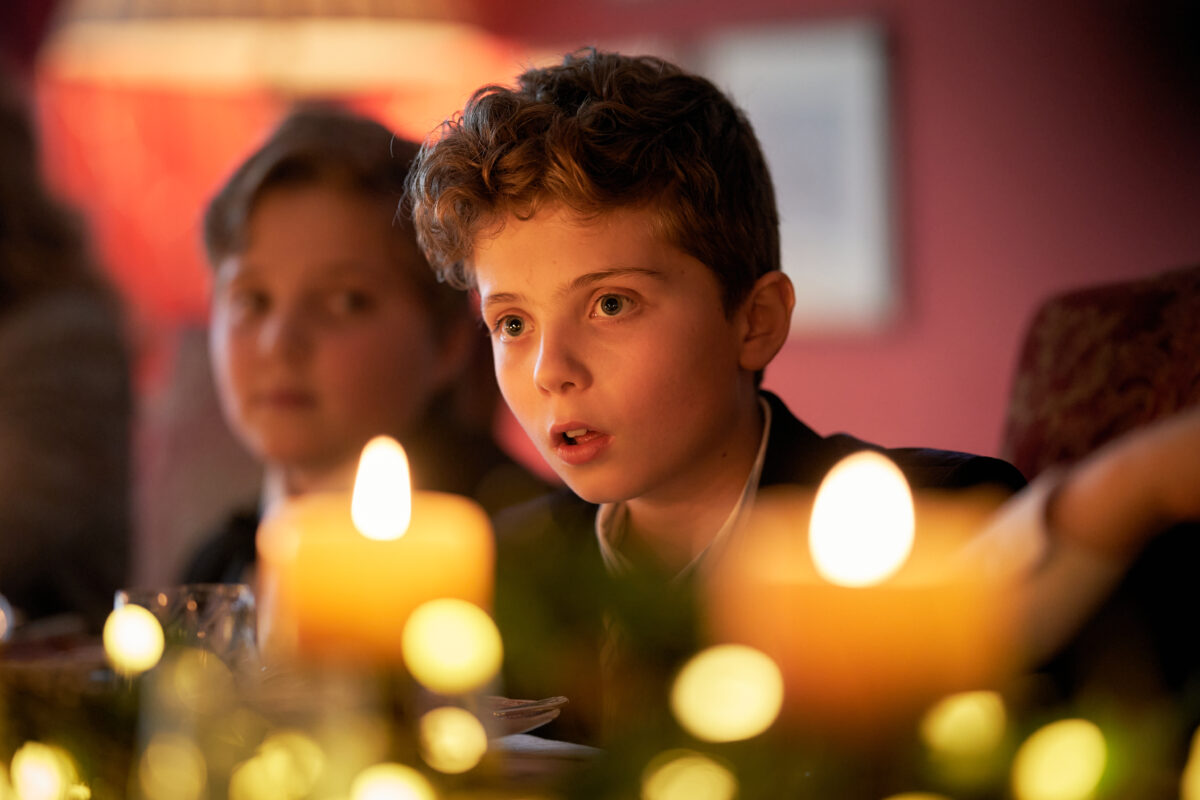 The only triumph in this group is Roman Griffin Davis as the precocious Art. His brilliant feature debut was as Jojo in Taika Waititi’s “Jojo Rabbit.” The least affected of the cast, his performance and angst ring true. He more than lives up to the promise he showed in “Jojo Rabbit,” and he imparts much needed depth to the adult hand wringing. His part is the most central to the story and the best written. If there is a reason to see this film, and I don’t really think there is, it would be to experience the preternatural talent of Roman Griffin Davis.

The production values are excellent with Sam Renton’s cinematography highlighting the beautiful settings created by production designer Franckie Diago. But overall, this is a situation where the end of days can’t come soon enough.

Opening Friday December 3 at the Laemmle Monica Film Center, the NoHo7, the Playhouse 7, and streaming on AMC+.