Songs from the windshield: The roadgoing of James McMurtry 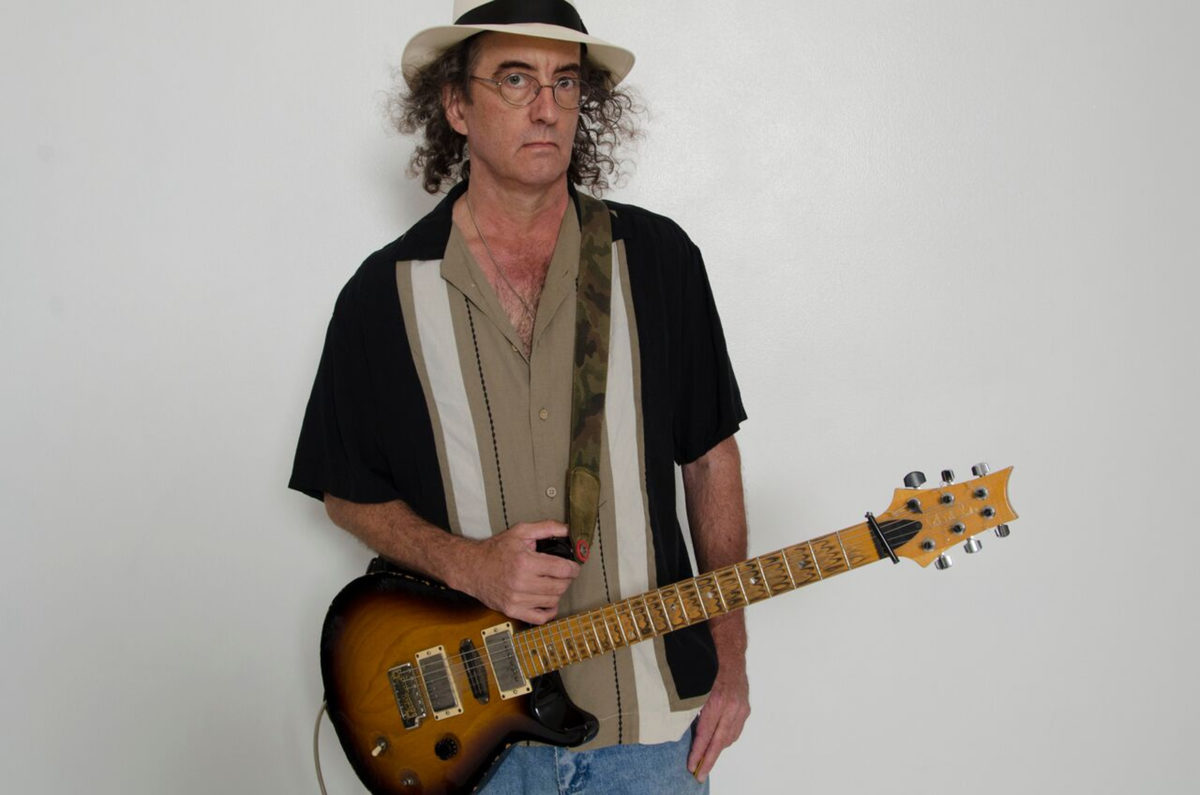 I was living in a candy warehouse in South San Francisco when I first heard James McMurtry. It was 1996, and I was hiding out, trying to kick the dangerous habit of the Alaska fisheries, where I’d spent the previous five years barely not dying on a daily basis, yet addicted to the wild beauty of it all. Life in the industrial park, however, was tough. Instead of glaciers and humpbacks, eagles as common as sparrows and bears as common as dogs —  instead of all this, I had a concrete river a block away and the never-ending smell of Sour Patch Kids in my nostrils.

McMurtry’s music blew through like a wind. That album —  I listened to cassettes back in those days — was called, “Where’d You Hide the Body” and in addition to songs that seemed to pack hard-wrung American lifetimes into four minutes, like Raymond Carver short stories set to song, there were a handful of instrumentals that transported me back to wild open places. One song, “Late Norther,” literally was a wind, or about one, a melody ringing through a 12-string guitar so beautifully and freely that it blew me right on back to Alaska (where I’d work until finding another death-defying job as a reporter for Easy Reader).

What is it about music that can move us so powerfully? Until the last 100 years, songs were something everybody sang together; it was about common feeling, the shared resonance of story and culture. And even though most of us no longer sing, songs still carry us away for the same reasons. McMurtry, over the course of his 28 year career, has released a dozen albums and has come to be regarded —  at least critically — as one of the great songwriters of our time.

Nobody alive is writing songs that speak more to shared American culture, and its fractures, than McMurtry. His special gift as a songwriter is the broadness of his scope and the clarity of his lens. As Paste magazine noted last year, “Nobody can manage to fit a novel into a five- or six-minute song like McMurtry.”

McMurtry, who will perform at Saint Rocke on July 31, doesn’t quite agree with this description.

“A short story, maybe,” he said. “Or a character sketch.”

McMurtry sings in a wry, steady, sometimes bristling voice. He grew up in Virginia but lives in Austin and comes from Texas stock, and the rasp of his voice attests to that, as does his ear for the language that people actually speak but don’t usually sing.“I try not to let stuff slip by,” he said, noting he just wrote “a little punk song” that very morning called “Snatch You Bald,” a phrase rarely uttered this side of Texas.

His songs are vessels packed with unruly crews. In a New York Times Magazine issue devoted to the future of music published earlier this year, Ruth Graham identified McMurtry’s song “Copper Canteen” as one of the hallmark songs of the last decade, and his body of work as among the most significant of any songwriter now working.

“Although I’ve been listening to him for years, I have begun to think of him as interpreter of the places ‘out here in the middle, as he puts it one song,” Graham wrote. “He has written about Cheyenne, Wyo.; Tulsa, Okla.; and Wewahitchka, Fla; about crab fishermen, soldiers and Walmart stockers. His songs tap into resentments about things like coastal attitudes of superiority and political correctness. His narrators are often white men who know the Bible, own guns and give their kids a nip of vodka in their Cherry Coke to get through long road trips. A Texan friend of mine likes to say that McMurtry writes as though he has spent time eavesdropping on conversations in every Dairy Queen in America. Stephen King, who owns a classic-rock station in Maine, has written that he ‘may be the truest, fiercest songwriter of his generation.’”

King, in fact, based an entire novel on the song, “It’s a Small Town (Talking at the Texaco)” which the Guardian aptly described as “one of McMurtry’s savagely compressed and contemptuous indictments of American life.” A large and cutting swath of McMurtry’s work is indeed what he described in our interview as “socio-political commentary stuff,” perhaps most famously, “We Can’t Make It Here Anymore,” which critic Robert Christigau called the best song of the 2000s.

Long before Trump tapped into the economic desolation of Middle America —  or Bernie Sanders, who used “We Can’t Make It Here” as a campaign song  —  McMurtry was giving voice and story to people living sideways within the American Dream. But it’s not really accurate to think of him as a political songwriter; his artistry is larger than that. As bent and beaten as many of his characters are, there’s also a sense of defiance and celebration running through his songs, a love for American landscapes and the scruffy people who inhabit them, and a sense of wonder for what they get up to.  In “Fuller Brush Man”, an ode to a bygone America, he sings, “Mama had no sense with cars/She drove a Sunbeam and she drove it hard/Left her stranded time and again/Didn’t matter, you could do that then….”

McMurtry’s father is the great Texas novelist Larry McMurtry (author of “Lonesome Dove”), and his mother, Jo Scott McMurtry, is a former English professor specializing in Shakespeare. He may have inherited his gift for storytelling from his dad, but it was his mother who put a guitar in his hands.

“I learned my first guitar chords when I was seven years old but I didn’t start writing songs until I was about 18, and I didn’t finish one until I was in my mid 20s,” he said. “I had been gigging before then, just doing like patio beer bar cover gigs, but I got bored with them so I’d put one or two originals into the set. You couldn’t do very many because to get the gig you had to had to know a certain number of Jimmy Buffett songs, so the food and beverage manager would hire you.”

He didn’t really see a way to make a living at it until he won a songwriter’s contest at the legendary Kerrville Folk Festival in Texas in 1987, and then he set his sights not on being a performer but on becoming a songwriter in Nashville. His father happened to be working on a screenplay with pop star John Mellencamp at the time, so McMurtry rigged together an extremely handmade recording studio and set about making some demos.

“I had a six song demo I’d made on a four track Teac reel-to-reel that I had in my house, mixed it from the four track into a mono PA head, into the cassette deck —  bone dry, no reverb or nothing, but clear,” he recalled. “You could hear what the guitar and vocal were trying to do. I had Larry give that to John. I thought John would maybe cut one of my songs and when I got to Nashville [a publishing company] would rent me an apartment.”

As recounted in Rolling Stone magazine, McMurtry was living in one of the offices above his dad’s bookstore when Mellencamp listened to the demo and called.

“I happened to be staying in the one with the answering machine,” McMurtry said. “The light was blinking and I pressed ‘play’ and it was Mellencamp. He said, ‘You gotta be kidding about this fucking kid of yours. Have him come see me.’”

Mellencamp didn’t want to record the songs himself. He wanted McMurtry to make a record, and he wanted to produce it. He got the young songwriter a deal with Columbia Records and the rest is unfolding history. McMurtry maybe isn’t as famous as he ought to be, at the age of 57 still playing bars and clubs and touring relentlessly, about 200 nights a year (and a regular Wednesday night gig when he’s home in Austin at arguably the best Honky Tonk bar still in existence, the Contentinal Club). But as he told the Times, he writes what he “sees through the windshield,” so for the sake of the song, long may he run.