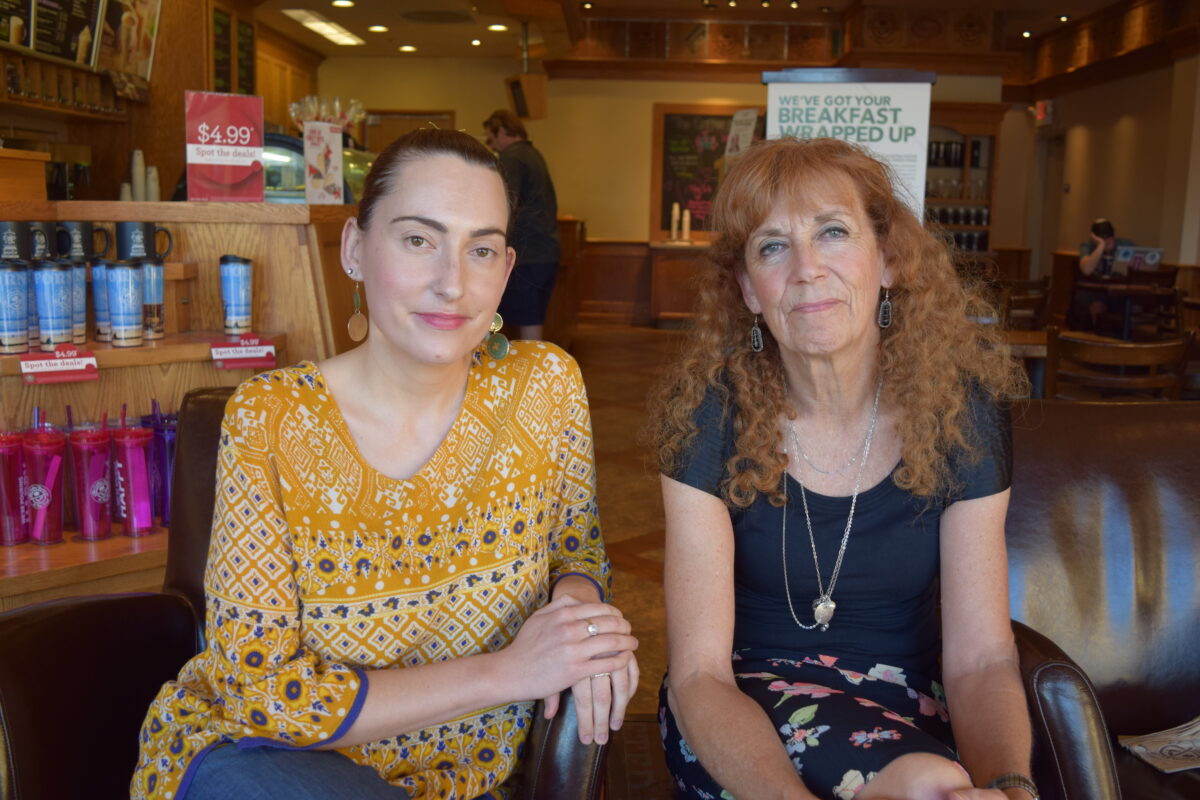 Mallory, left, and her mother Georgette Gantner, the driving force behind “Tunes at TAM.” Photo . 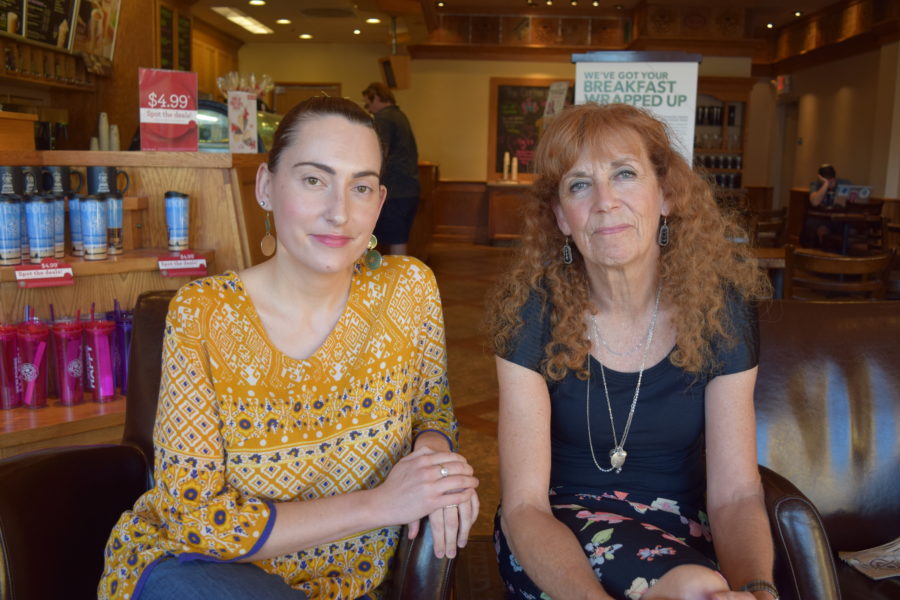 Mallory, left, and her mother Georgette Gantner, the driving force behind “Tunes at TAM.” Photo .

Last month the Torrance Art Museum tried something a little different. In the main gallery, surrounded by four walls of art, a small jazz combo performed. It was a soft opening, you might say, and the turnout was modest, but the event heralded a new, eclectic music series that’s currently on a trial run. It’s called “Tunes at TAM” and it continues tonight from 6 to 8 p.m. with “Homenaje,” featuring original music by jazz guitarist Will Brahm, performing with his trio.

Bringing the arts together

The proposal and implementation of this new series didn’t just drop down out of the blue. The person who’s been wanting to get this started for a long time is Georgette Gantner, a Redondo Beach-based artist prominent in the Redondo Beach Art Group (RBAG) and their “Power of Art” shows.

However, a major impetus has been Georgette’s daughter, Mallory, a singer, an actress, a model, and a musician.

Three years ago, mother and daughter attended a Tommy Emmanuel concert at the Redondo Beach Performing Arts Center, and while there they met a music producer who eventually would work with Mallory. But something else quite interesting emerged from this chance encounter.

Inspired one day, Georgette said to the music producer, “‘Do you think I could ever write lyrics for you?’ — I mean, this was out of the blue; I’d never written lyrics before — ‘and maybe write a song together?’ And he said, yeah, okay; he was very gracious. And we did, we wrote a couple of songs together, and then I wrote lyrics for somebody else for a while, and that took about a year and a half of my life. And I thought, wow, I really enjoy this process.” 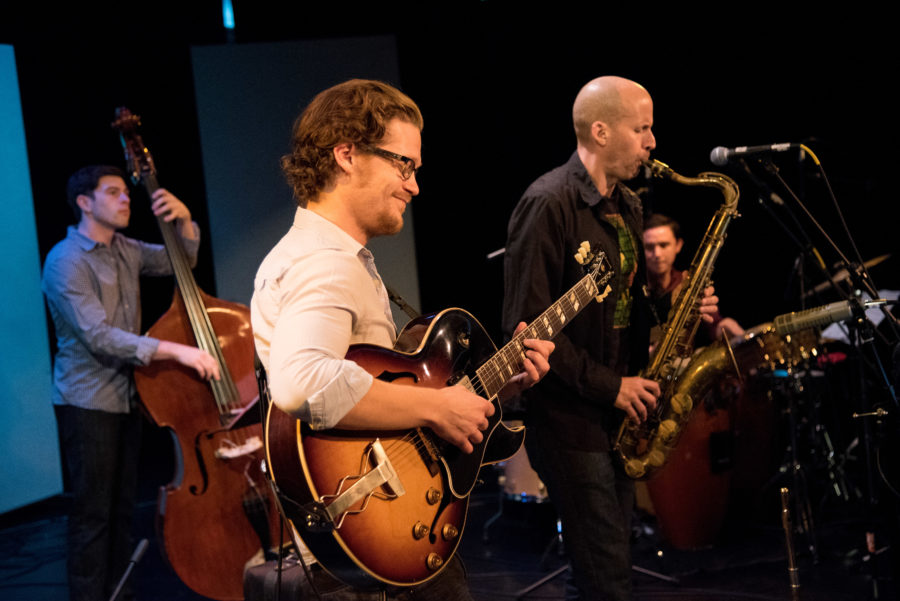 Jazz guitarist Will Brahm and his trio perform this evening as part of the “Thursday Tunes at TAM” music series in Torrance. Photo courtesy of Will Brahm.

In the meantime, Mallory noticed her mother’s enthusiasm and said: “You should get a space going for music and art and just make it happen for yourself, because we want to bring something like this to Redondo. Redondo doesn’t really have a space like that.”

It’s not an original dream or, in most cases, a pipedream. Homeira Goldstein’s Time 4 Art would like to have such a multimedia space, and so would RBAG, for that matter. While local art galleries have on occasion brought in musicians to play at openings and special events, it’s mostly been haphazard and random at best.

Georgette is of course aware of RBAG’s efforts to secure funding for a cultural arts center, but at the moment she would like to move forward on her own and establish a smaller version of it.

“I want to do it myself,” she says. “I don’t want to be non-profit; I want to be for profit.” It would be a place that features music as well as gallery shows in addition to offering classes. The folks behind Destination: Art managed to find a decent-sized space just east of Old Torrance, although to my knowledge they’ve yet to feature live music.

People who’ve moved into Hermosa Beach during the last few years were among the fiercest proponents for the “Keep Hermosa Hermosa” campaign, which was noble, but, as old timers know, that horse left the barn a long time ago. In short, Beach Cities real estate prices have pushed out most of the artists. Georgette’s initial forays into potential venues ran headlong into the reality of high monthly rents. And keep in mind that she’s already committed to paying her musicians well for their time.

“So,” she says, “that kind of died out the way it should have. The universe was saying, ‘You’re not ready.’” But one day Georgette spoke of her idea of blending an art space with live music to Max Presneill, who just happens to head up the Torrance Art Museum.

He suggested that they try holding music events in his gallery. Her response was, ‘Don’t I need the City’s permission?’ Pointing to himself, Presneill replied, ‘You got it.’ Georgette says she was very touched by the offer. That was last October, and things began moving. 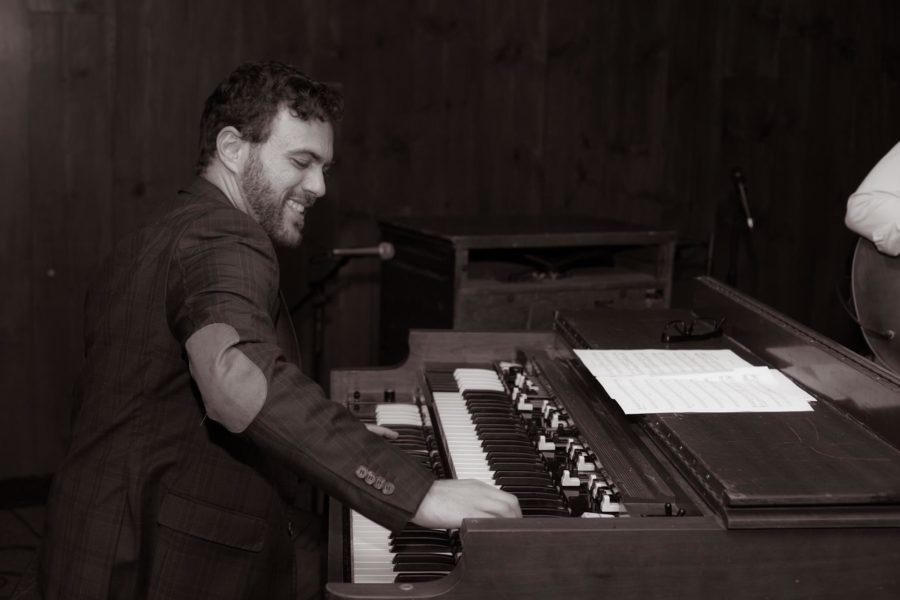 Strangers on a Saturday Night, featuring organist Carey Frank, is scheduled to play in June at the Torrance Art Museum. Photo courtesy of the band.

So how did it go?

The series got underway last month with the Bobby Breton Trio.

“The first concert was well received,” Georgette says. “The group was very professional and the people at the City of Torrance were happy. They said we can’t wait for the next one.”

However, striking a wait-and-see attitude, TAM has allowed Georgette to book groups only through June. “We all have to look good,” she says. “I want Max to look good, I want me to look good; and for him to look good we have to bring people in so we can justify my staying there.”

There are several pluses and minuses at work.

One big plus is having a concert in a venue devoted to art. Georgette says this went well in January. “People can’t always sit still, and so they get up and they move around and they look at the art and they’re quiet, and they’re courteous, but they can still enjoy the music. I think that’s such a great dimension, I love that.”

Another plus, or a potential plus, so that we don’t jump too far ahead of ourselves, should be in the range and professionalism of the music. “I want to bring in musicians to feature their own music, feature up and coming musicians, whether they’re young or old, and to always pay them.” The latter point is important, and musicians will be nicely compensated for their time. But focusing on emerging artists with original works is also a key ingredient because in this it parallels the aims of Max Presneill himself, which is to highlight original and emerging visual artists. A perfect complement, in other words.

Because of city regulations, Georgette cannot charge admission to her concerts, but on the other hand she can ask for donations (a minus perhaps balanced by a plus). Simply put, donations are essential: “I’m paying musicians upfront always,” Georgette says. “If I run out of money I can’t do it anymore.”

The Torrance Art Museum is not Disney Hall, and when there’s nothing to catch and restrain sound (like carpets or tapestries) then it can slosh around and leave us with a muddled experience. Fortunately, so far, each combo has tested out TAM’s acoustics and made adjustments, mostly toning down or replacing those instruments likely to cause acoustic havoc. 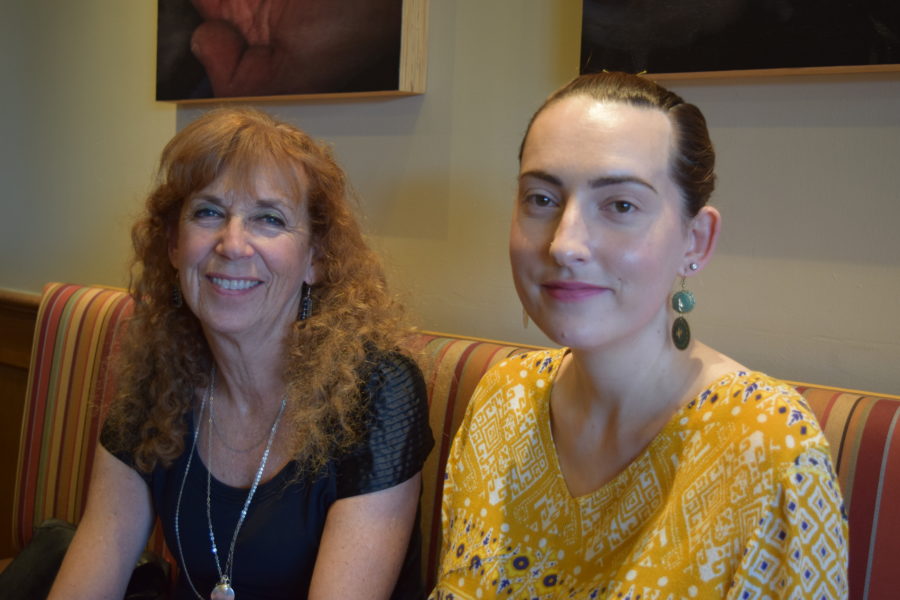 During the summer months, or during summery weather (as of early February), concerts could be held outdoors, in the patio area, since there are no homes nearby.

Will the series succeed? Well, that depends on us, doesn’t it? Georgette is a smart cookie, but she might not have pushed herself into undertaking this venture had it not been for her daughter Mallory. “I’m setting this thing up because I’ve been in business before,” Georgette says. “But she’s behind the scenes so much and I keep thinking, wow, I wouldn’t even be here if it weren’t for her. She’s inspired me the whole way.”

Here’s the lineup: Will Brahm (a five-time K-Jazz scholarship recipient) performs with his group this evening, from 6 to 8 p.m., in the Torrance Art Museum, 3320 Civic Center Drive, Torrance. The band features percussionist James Yoshizawa and bassist Jordan Richards, with guest artist Katisse Buckingham. Their music leans towards jazz, classical, and folk, with Cuban and African musical influences.

A string quartet (TBA) performs March 17. Mike Sullivan and Eliza James, a string duo, play April 21. Red Harmony, an a capella group (Mallory describes them as modern-eclectic, sort of pop-inflected), is scheduled for May 19, and Strangers on a Saturday Night, featuring organist Carey Frank, is set for June 23. Suggested donation for each concert is $20. Call (310) 376-5577.