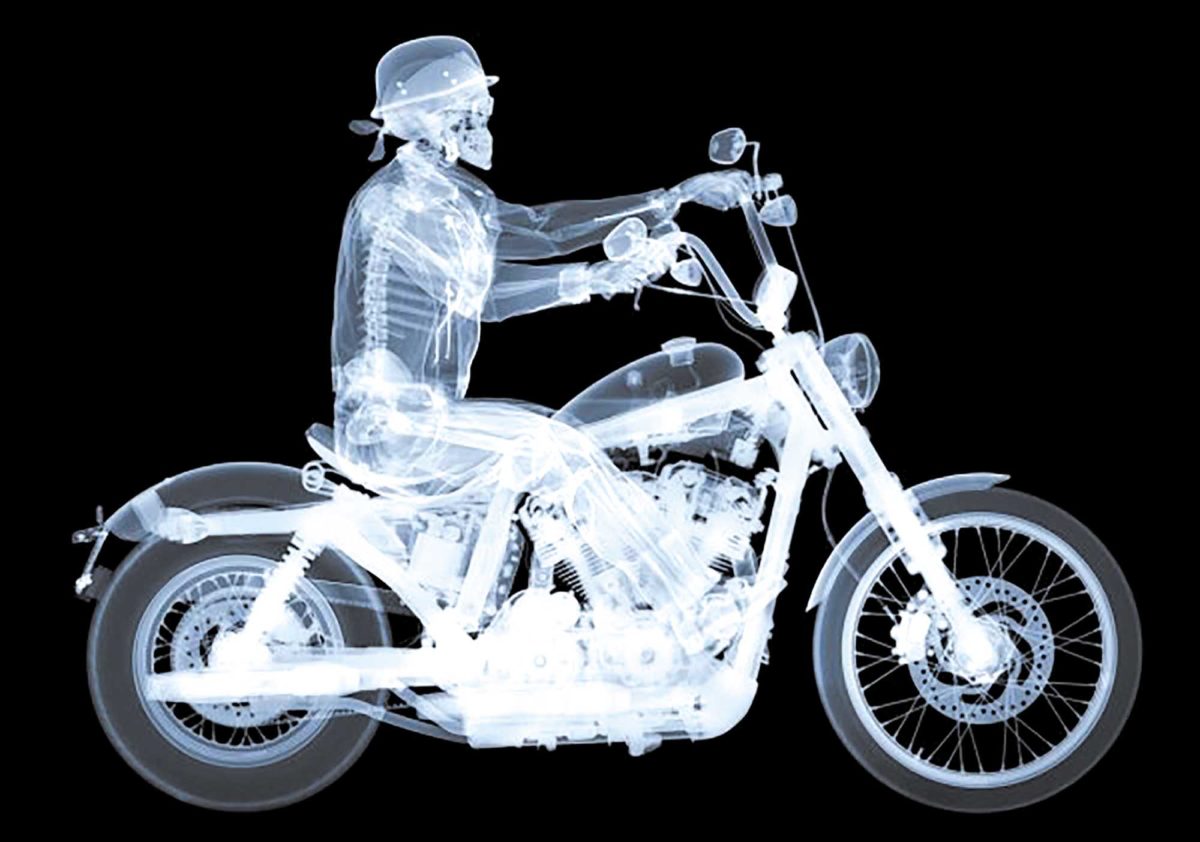 “Death Cult” and “Alptraum (Nightmare),” billed as “Skulls. Motorcycles. A Moment of Impact,” goes on view Saturday, with a reception from 6 to 9 p.m., at the Torrance Art Museum. Through March 14. Pictured, “Harley Davidson Rider” (2014), Nick Veasey. Details at TorranceArtMuseum.com

Choice offerings
Little Fish Theatre’s 2020 season begins with the ever-popular “Pick of the Vine,” a collection of one-act plays chosen from over 670 submissions from around the world. The opening is at 8 p.m., with additional Thursday to Sunday performances through Feb. 2. Tickets, $28 general; $26 seniors, and $15 for those 25-and-under who can recite the word “Hipster.” Opening night is $24. Prices do not include $1 ticket service fee. The theater is at 777 S. Centre St, San Pedro. (310) 512-6030 or go to littlefishtheatre.org.

Friday, January 17
Giving the wife some credit
The Thies Consort presents “A Tribute to Clara Schumann on Her Bicentenary” at 8 p.m. in the Music Department’s Recital Hall of L.A. Harbor College, 1111 Figueroa Place, Wilmington. The group consists of Robert Thies on piano, plus violinist Jessica Guideri, cellist John Walz, and soprano Phoebe Jevtovic Rosquist. The program features three works by Schumann (Clara, not Robert!) and one by Brahms. The same program, by the same artists, is repeated on Sunday at 3 p.m. in the Pacitic Unitarian Church, 5621 Montemalaga, Rancho Palos Verdes. Free; donations appreciated. (310) 379-7055 or go to sbcms.net. 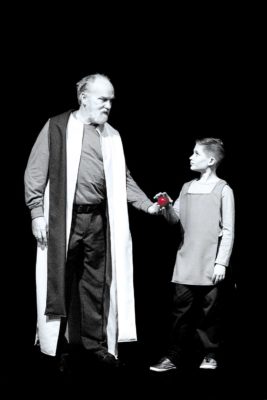 “The Giver,” a futuristic, multimedia play adapted for the stage by Eric Coble, based on the book by Lois Lowry, opens Friday at 8 p.m. in the Westchester Playhouse. The community in this story is precisely choreographed: no conflict, divorce, unemployment, injustice, and no choice. We follow a young character named Jonas through this tense labyrinth of emotions. Performances Friday and Saturday at 8 p.m. and Sunday at 2 p.m., through Feb. 22. Tickets, $22, less $2 seniors, students, and servicemen. Pictured, Jonas (Elliott Plunkett) receiving a memory of color from the Giver (Gavin Glynn). Photo by Gloria Plunkett. (310) 645-5156 or go to kentwoodplayers.org

A world where life is ordered
“The Giver,” a futuristic, multimedia play adapted for the stage by Eric Coble, based on the book by Lois Lowry, opens at 8 p.m. in the Westchester Playhouse, 8301 Hindry Ave, Westchester. Harold Dershimer directs. The community in this story is precisely choreographed: no conflict, divorce, unemployment, injustice, and no choice. We follow a character named Jonas as he (we assume) tries to free himself of this unsavory lifestyle. Performances on Friday and Saturday at 8 p.m. and Sunday at 2 p.m., through Feb. 22. Tickets, $22, less $2 seniors, students, and servicemen. (310) 645-5156 or go to kentwoodplayers.org.

Still licking
The Hot Licks have continued on since the death of Dan Hicks nearly four years ago. The group, which plays music written by their former frontman as well as tunes he loved to cover in his original style (folk-swing, being a blend of gypsy jazz, folk and swing), performs at 7:30 p.m. on Friday and Saturday in the George Nakano Theatre, 3330 Civic Center Drive, Torrance. Tickets, $50 if you want them to throw in dinner; and $33 for the concert alone. (310) 781-7171 or go to TorranceArts.org.

Looking back on it now
Heidi Schreck’s “What the Constitution Mean to Me” opens at 8 p.m. in the Mark Taper Forum, 135 N. Grand Ave, downtown Los Angeles in the Music Center. When she was 15, Schreck earned her college tuition by winning Constitutional debate competitions across the U.S. In this play she revisits her teenage self and then traces the relationships between four generations of women and the founding document that shaped their lives. Through Feb. 16. Tickets, $125 to $25. Call (213) 628-2772 or go to CenterTheatreGroup.org.

Saturday, January 18
Surfing safari
“Industry of Meaning,” presented by the LA County Historical Society, is a 100-year retrospective of the creative ripple effect which surf, skate, street, and beach mediums have had on culture and artists. This exhibit brings together artists and a range of cultural artifacts, and it’s opening with a reception from 5 to 9 p.m. at Resin, 618 Cypress Ave, Hermosa Beach. It’s also curated by Matt Wessen and Skip Engblom, surfers as well as founders of the LA County Historical Society. Through Feb. 15. Call (310) 601-8137 or go to resinhb.com. 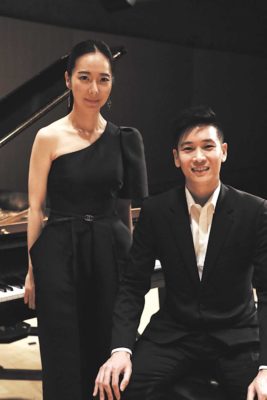 Somang Jeagal and Hye Won Souh perform piano duets at 3 p.m. on Saturday in the First Lutheran Church and School in Torrance. Both have won prestigious awards, so expect a delightful afternoon. Free; donations accepted. (310) 316-5574

The title gives it away
Presented by the Torrance Theater Company, “Black Comedy,” directed by Gary Kresca, opens at 8 p.m. in the theater at 1316 Cabrillo Ave, downtown Torrance. Performances: Friday and Saturday at 8 p.m.,Sunday at 2 p.m., Thursday at 7 p.m., plus Saturdays Jan. 25 and Feb. 8, at 2 p.m. No performance Jan. 26. This is a British farce with “unexpected guests, aging spinsters, errant phone cords, and other snares.” Through Feb. 9. Tickets, $30. Call (424) 243-6882 or go to TorranceTheatreCompany.com.

Live fast and die young
“Death Cult & Alptraum (Nightmare),” billed as “Skulls. Motorcycles. A Moment of Impact,” goes on view Saturday, with a reception from 6 to 9 p.m., at the Torrance Art Museum, 3320 Civic Center Drive, Torrance. “Death Cult” focuses on the human skull and its visual connection to the motorcycle world lifestyle (a lifestyle with a high mortality rate), whereas “Alptraum” (or nightmare) concerns nightmare-influenced work, the title inspired by Henry Fuseli’s versions of the incubus in late 18th century art. Through March 14. Call (310) 618-6388. Details at TorranceArtMuseum.com.

Two pianos, better than one?
Somang Jeagal and Hye Won Souh perform piano duets at 3 p.m. in the First Lutheran Church and School, 2900 W. Carson St, Torrance. Both have won prestigious awards, so it should be a pleasure to hear them perform together. Free; donations accepted. (310) 316-5574.

A blend of genres
Long Beach Opera’s reimagining of Henry Purcell’s “King Arthur” has performances at 7:30 p.m. on Saturday and 2:30 p.m. on Sunday in the Beverly O’Neill Theater, 300 E. Ocean Blvd, Long Beach. The adaptation is by LBO director Andreas Mitisek and Culture Clash, with music performed by Musica Angelica. Perhaps unintentionally, it’s a mix of Marx Brothers, Don Quixote, superheroes, and Baron Munchhausen, and Trump satire. Pre-opera talk one hour before showtime. Tickets, $150 to $49. Call (562) 470-7464 or go to LongBeachOpera.org. 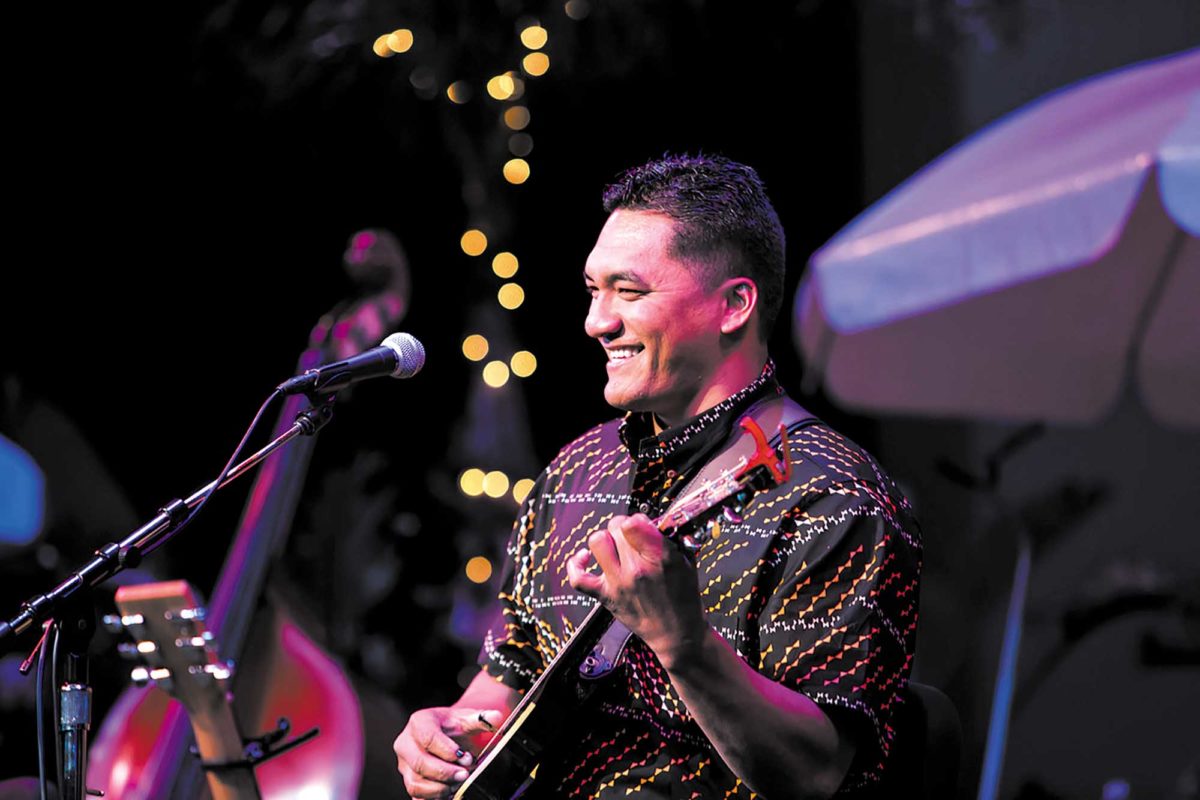 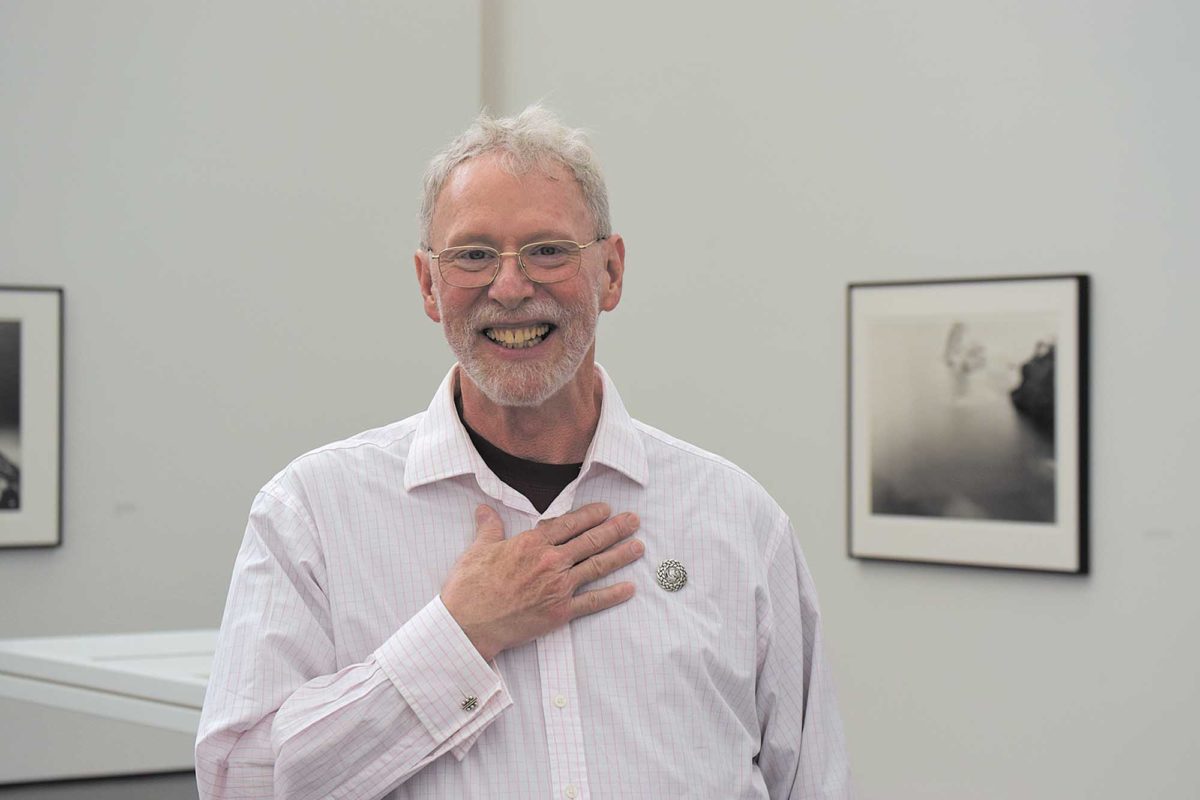 “Thomas Joshua Cooper: The World’s Edge” is on view in the Resnick Pavilion at LACMA through Jan. 26. Cooper’s large-scale b&w photographs are of remote and isolated sites. There is a bleak beauty to many of the works. Photo by Bondo Wyszpolski. Details at lacma.org

Wednesday, January 22
Changes at the old dock
“The Last Ship,” featuring music and lyrics by Sting, opens at the Ahmanson Theatre, 135 N. Grand Ave, downtown Los Angeles at the Music Center. The original book is by John Logan and Brian Yorkey, but the new book is by director Lorne Campbell. Sting stars in it as well. Through Feb. 16. Tickets, $179to $35. Call (213) 972-4400 or go to CenterTheatreGroup.org. ER