South Bay Film Society: Back in the theater? 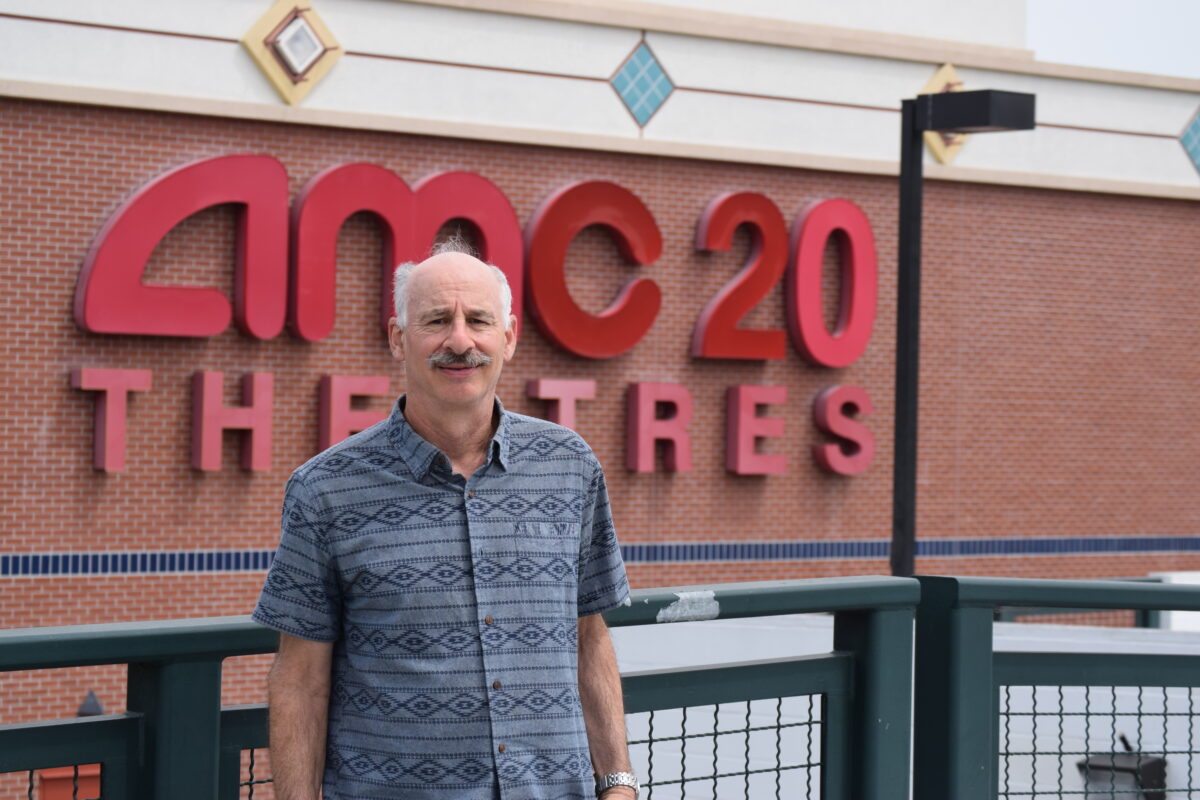 The South Bay Film Society has returned to the AMC Rolling Hills 20, but will their rental agreement be feasible to keep it there?

Nine years ago, Randy Berler inaugurated the South Bay Film Society with a screening of “Three Colors: Red,” and he sold out his entire allotment of 200 tickets. As the near-weekly series continued, Berler was eventually selling twice that amount and more. But on March 11 of last year, he announced that for the unforeseeable future he’d shown his last film. Subsequently, the AMC Rolling Hills 20 went dark, along with movie theaters across the country and even around the world.

This week, as the pandemic floodwaters appear to be receding, and as more people are vaccinated, Berler stepped forward with his first theatrical offering in 13 months. Like nine years ago, he had an allotment of 200 tickets. And like nine years ago he was able to sell all of them. This time, within one day.

“It’s been a difficult year for everybody,” Berler says, sitting in front of the venue that had become a second home. “I get tons of emails from people; they really miss being at the theater.” 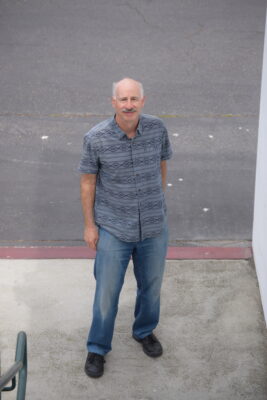 Not just to watch films on a big screen, but to share in the communal experience. As Berler told me before COVID-19 shuttered businesses everywhere, “Here you’re all in the theater together, this whole big group of people whom you can see week after week. You start talking with people, and you develop friendships. It’s not just showing films.” Three months after saying these words it was all over. “I had a number of films booked for the spring and I cancelled everything.”

Of course it wasn’t really over. In fact, Berler began showcasing more films than before, but offering them to be viewed online, at home: “Within a couple of days I started calling the film distributors and I was actually one of the first people to start doing virtual films.”

The distributors hadn’t yet figured out the new game plan. Who had? So Berler began with a lineup of pictures he’d already shown in the theater—”Corpus Christi,” “Balloon,” “Those Who Remain.” “And so by April we were already showing virtually.

“The response was great,” he adds. “I think people were very happy that we were continuing in some form.” But showing films virtually isn’t a moneymaker. “It’s just a way to stay connected with your audience, and people were so supportive.”

Or at least initially. “In the spring until the early summer I was averaging about 150 tickets on the virtual films.” The amount decreased after that, “and by the fall maybe I’d sell 50.”

The distributors told him he wasn’t alone, plus they were starting to have less content to offer. Even so, Berler says, “Most of the film companies would tell me, ‘You’re actually the best or one of the best ticket sellers in the country.’ I said, ‘Boy, if I’m selling only this many tickets this is pitiful.’” And they weren’t only referring to obscure films that quickly vanished, but films like “Minari” and “The Father” that currently are up for several Oscars at the Academy Awards on April 25. “For ‘The Father,’ they told me I sold the most tickets of anybody; and for ‘Minari’ I’m in the top five or eight or so.

“The other thing about doing the virtual films, we’d sell even more tickets, but we’re a technically-challenged audience, we’re an older audience. I would spend hours and hours helping people over the phone. Sometimes I have to help them buy the ticket; a lot of times I have to help them with how to watch it. And then people are trying to figure out how to get it to their TV. But even people who are good at that will still have problems now and then and they’ll contact me.” 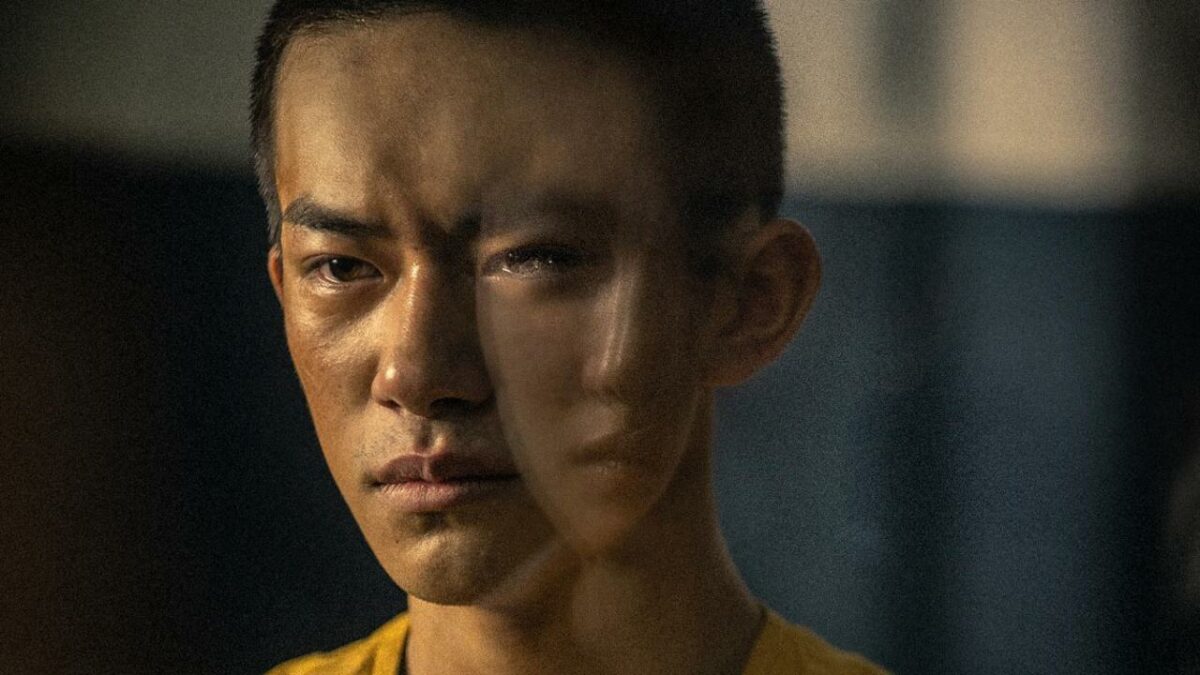 “The Virtual Cinema Program I have done the past year is carefully curated. We have been able to show many exceptional films to our members this way. We will open ‘Better Days’ on the Virtual Cinema Program starting this Thursday [4.15]. The film is one of the five Oscar nominees for Best International Picture. It is from Hong Kong.” – Randy Berler

Berler is also wondering aloud if his audience, as they begin venturing into more public places, would feel at greater ease sitting in a movie theater if they knew that the others in attendance had been either vaccinated or could show proof that they’d been tested for COVID-19 within the last couple of days. People may be okay with a 25 percent seating capacity, but perhaps may draw the line when it goes up to 50 percent. “Because if you’re talking 50 percent,” Berler says, “you hardly have any space in between, and I don’t know if that’s going to work until a lot of people are vaccinated.” Even so, as he admits, to demand proof of testing or vaccination is controversial and, besides, it’s not yet being insisted upon by either cities or performing arts venues. Furthermore, there are the anti-vaxxers who point out that we do not yet know the long-term effects of all those shots in the arm that many of us have or are rushing out to get.

A bright note; a shadow of doubt

Yesterday Berler presented two screenings of “The Truffle Hunters” at the Rolling Hills Plaza’s AMC. There was a matinee and an evening show. The terms of the original negotiation wouldn’t have given him a dime, he says, so that was when the matinee was added, “and now it works out great. Except they told me we’ll probably never do it that way again: They’re going to come up with new terms and I don’t know if it’s something I can do or not, because I’ve always been in the situation where I do okay if I fill the theater. But if we don’t fill the theater or we can’t fill the theater, with what they expect as rental rates, we can’t make it happen.” 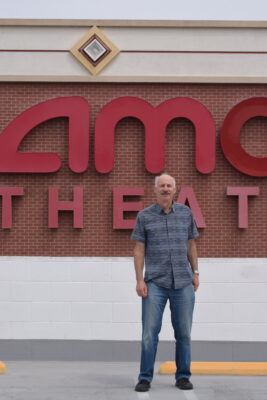 Randy Berler, in front of what had become like a second home.

Anyway, here we are, 13 months later, and so why now? What made you decide that now is the time to open up?

“Originally,” Berler replies, “my thinking was I doubt we’ll open until at least the fall. And then a number of things happened. One, as people were getting vaccinated there were people emailing me and saying, ‘When are you going to open? We’d love to get back.’” At the same time, theaters were starting to open their doors. Berler then explains about the film itself, that “The Truffle Hunters” was a picture he’d been trying for months to show virtually, but which was now bypassing that route. “I know that a lot of my members are not comfortable going back to the theater,” he reasoned,” but why not do something for some of our members who are comfortable?” What also influenced his decision is that “this is a film that would be a good film to come back to because it’s delightful, and one of the things that’s key for me are films that change the way you look at things, or to see things in a new way that you haven’t seen before. And I thought this also met that criteria.

“The other thing is that I was viewing this as a test case. I just wanted to see who’s ready to come back, how it goes, and I wanted it at the theater so I could make the case for ‘This is what we can do.’ They’re expecting a certain amount of money from me, and I want to show them what’s realistic.”

There’s a poster inside the theater for “The Truffle Hunters,” but such posters don’t necessarily mean that AMC is committed to showing the film. In this instance it’s possible that the theater company knew that Berler was about to or had already sold out his tickets for it, and guessed or calculated that this audience might therefore generate some publicity. “They know now that they’re going to get the word of mouth. So we’re a big help to them. I’ve already got people (on a waiting list) who can’t get tickets, and I’ve been telling them I think it’s going to be here on Friday so you could still see it.” And indeed, subsequent to our interview, the film appeared on the AMC schedule.

“So it should be a good thing for the AMC, too,” Berler continues, “but typically, who besides our group will come to a film (“The Truffle Hunters”) that’s in Italian, a documentary about some guys who hunt for truffles? It would not sell. But our group is interested and now there’ll be word of mouth and it may do okay.”

As for the demographics of the audience that Berler attracts, it’s pretty much all South Bay. “I do get some from San Pedro, but I’d say it’s mostly Palos Verdes, Rancho Palos Verdes, Torrance and Redondo. Some from Hermosa, a few from Manhattan Beach but not a lot.” One can draw one’s own conclusions from this, but largely it’s a group of older people, well-to-do, educated, cultured, and open to experiencing the world through the eyes of filmmakers from around the globe. If that sounds like you, and if you’ve been unfamiliar with Berler’s screenings, you’ve got some catching up to do. 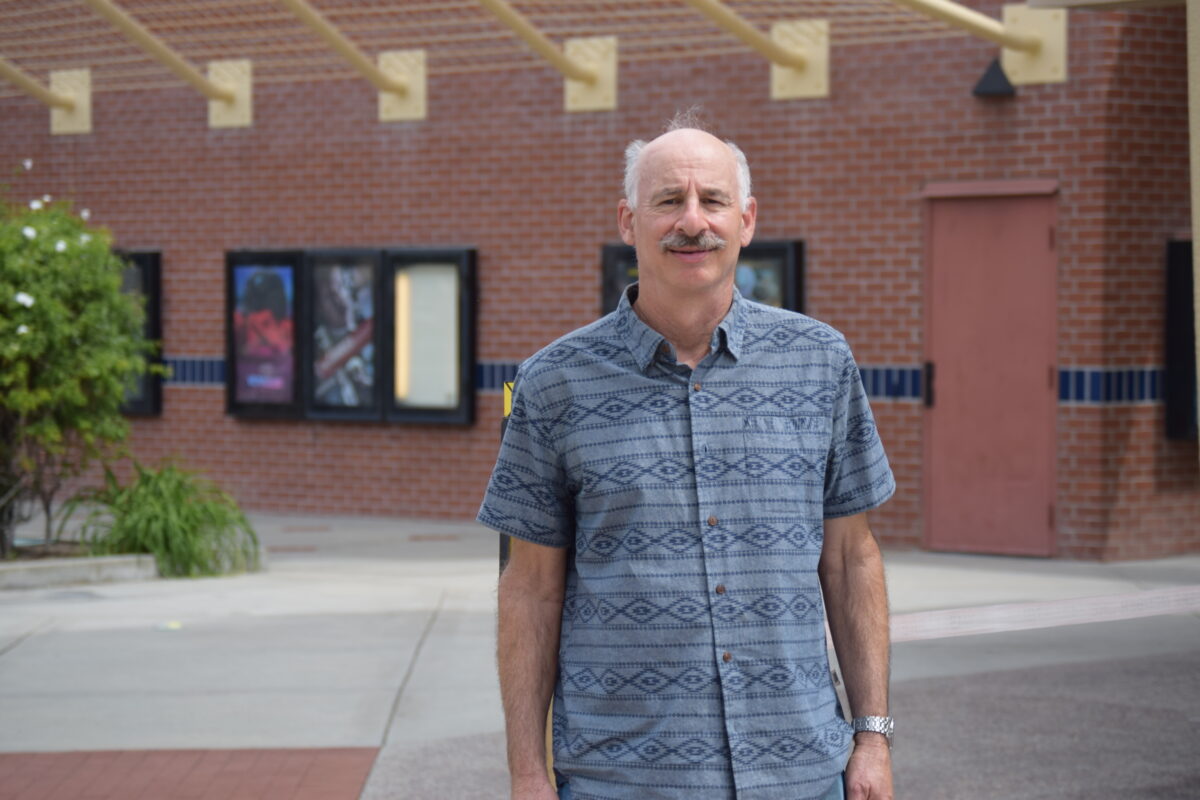 Are you ready to go back inside? Randy Berler in in front of the Rolling Hills AMC 20. Photo by Bondo Wyszpolski

More importantly, though, right now, is the question of what movie-going fare will be available from the distributors of art house, alternative, or independent cinema. “There were a lot of films released virtually,” Berler says. “Now, for Hollywood films, a lot of them were held back because they want to wait for an audience. But for the foreign films they really couldn’t hold them back and they simply started releasing them virtually. So I was showing way more films” — 68 in the past year — “and now I’m afraid: Is the content used up? How much content of the art house films we are going to get in the next six months, I don’t know.”

This writer, on the ball as always, suggests that perhaps Berler could show some of the better ones, the favorites, that he’d been offering for home viewing for the past year. Clearly, a sizable number of his regulars hadn’t seen them, plus there would be the opportunity to enjoy them on a large screen, in an auditorium with others, and perhaps even, in some cases, with an after-film discussion thrown in.

“In that case,” Berler says, “the issue’s going to be, is the theater going to give me a rental fee that will work when I’m only filling 25 percent of the seats?” That’s a question for the short term, and it’s up to AMC management to see the longer term, which is that Berler has a loyal core of filmgoers who may not all return at first, but will certainly come back in greater numbers — will come back in force — once they feel it’s safe to do so. The South Bay Film Society has been a local treasure; not to have it would be a great loss and a cultural step backwards for our community. ER