South Bay mediation clinic takes tiffs out of the courts to save time, money 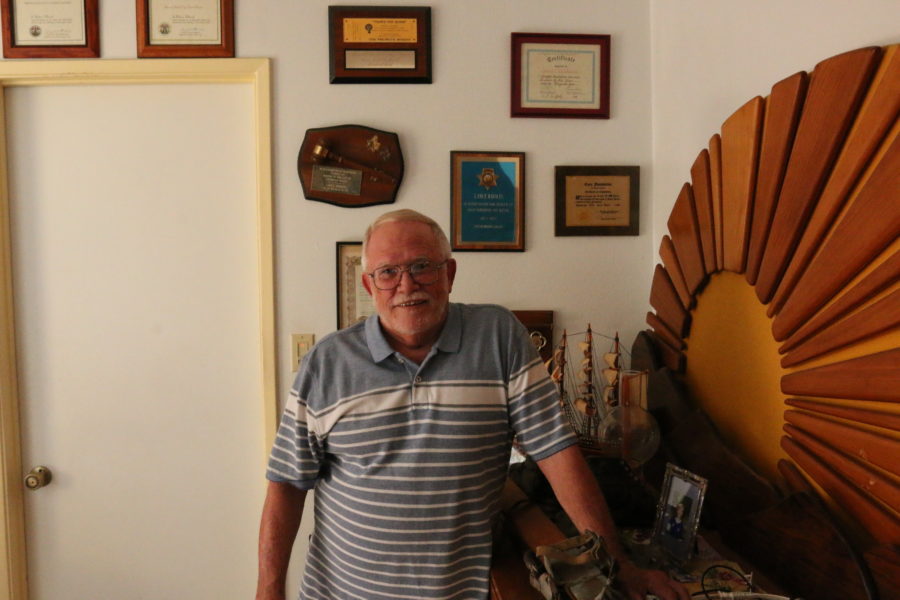 Lance Widman stands in front of a series of awards from his time in local government. His time on the Hermosa Beach City Council, he said, informs his work as a mediator. Photo

Imagine you have a tree on your property. Its roots are on your lot, but a limb extends onto your neighbor’s, and periodically drops pine cones onto his car. The tree has sentimental value for you, while your neighbor says it has to go.

Widman is the director of the South Bay Center for Dispute Resolution, a Hermosa Beach-based nonprofit that handles tiffs and tangles throughout the region. The center has contracts with a dozen cities in the region, from El Segundo to Lomita, that refer cases to the office. In more than 15 years of operation, the center has filled in the gap between people’s expectations, and the law’s ability to quickly resolve them.

“I have what police and code enforcement don’t have: time,” Widman said.

Over the last 20 years, mediation has become an increasingly important aspect of the legal system. State budget cuts have lengthened the wait for trial dates. And skyrocketing legal fees have changed the calculus of dragging people into court.

“When you get into these property disputes, the cost of not settling is far greater,” Widman said.

“Say you are dealing with a dispute over a prescriptive easement. It’s going to cost you $20,000, easy. Instead of spending that money on an attorney, how about you come through us? That has an appeal, and a lot of people see that.”

Widman, a political science professor at El Camino College and former Hermosa City Council member, said that his methods are simple. He gets the parties together, and lets them start talking. From there, his first priority is keeping the conversation from getting heated.

“One of the ground rules is civility: No name calling, no threats,” Widman said. “They have to be able to talk to each other, we enforce those rules strongly.”

This can be harder than it sounds. Societal changes mean that people are now less likely to know their neighbors, Widman said. The mediation sessions are often the first time the antagonists have a real conversation.

“It’s been a long time coming,” Widman said. “With both adults working, they get home, push the button for the garage door, and kind of hibernate in the house.”

Mediation fills a niche for times when the law does not provide a clear answer, or when it would be cumbersome to rely on city prosecutors. Widman pointed to a current dispute in Torrance. The son of one homeowner frequently lets his Harley Davidson motorcycle idle and run in the driveway, irritating the neighbor.

“We always save our worst ones for Lance,” joked Linda Cessna, deputy community development director for the city of Torrance. “Anything where there’s neighbors that are just not able to talk to each other, to try and work things out.”

Widman estimates that he is able find a resolution in about 90 percent of the cases that come his way. Part of his success, he says, comes from his time as a teacher and government official, when he was obligated to do a lot of listening.

Bob Rollins, a building department officer in Hermosa, said that Widman has a knack for instilling civility in even the most disagreeable among us.

“He’s really good at helping people find common ground, getting them to work together as opposed to accentuating their antagonism,” Rollins said.