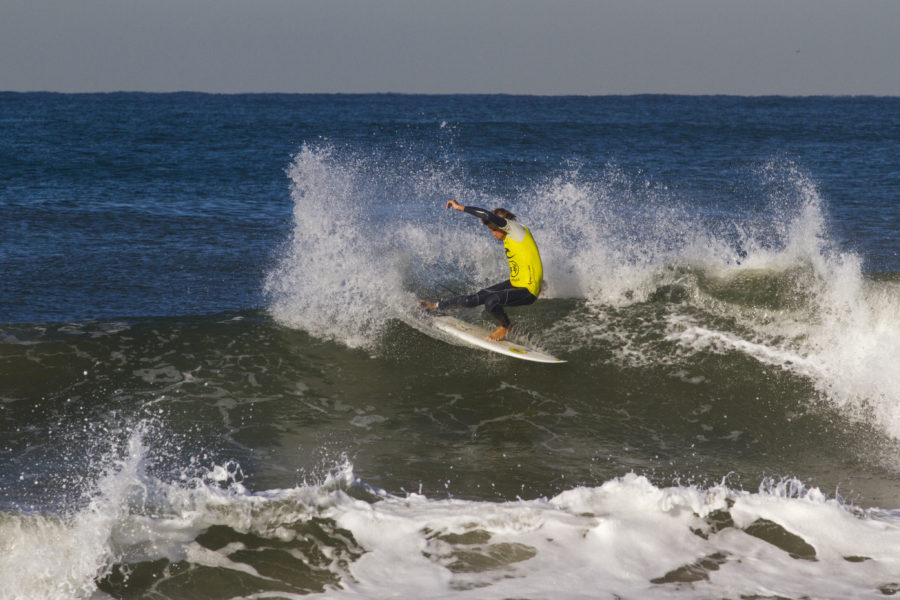 South Bay Scholastic Surfing Association’s Rookie of the Year, Parker Browning.
“The kid is smooth as silk, getting better at a very impressive rate and has the genetics to be a South Bay standout,” said SBSSA league Director, Dickie O’Reilly. Photo courtesy the Browning family

All photos courtesy the Browning family

Parker Browning is part of a surf legacy if he so chooses. His father is Greg Browning.

The senior Browning was the South Bay’s part of the “Momentum Generation,” a crew of surfers that included young guns Kelly Slater, Shane Dorian and Rob Machado who were documented in Taylor Steele’s game-changing surf movie “Momentum.” As South Bay’s legendary lensmen Mike Balzer snapped away, the senior Browning appeared on the pages and covers of every major surf publication. After competing and traveling in the 2000s, he produced all nine episodes of the“Drive Thru” series that documented his friends from the Momentum generation as well as the new hottest surfers, such as the late Andy Irons, traveling in an RV in search of waves throughout the world. Browning remains a vital surf filmmaker and an essential part of Body Glove International, directing several award-winning surf movies for the brand.

This is Parker Browning’s father. No pressure to live up to this legacy, right?

“My sixth grade teacher used to joke with me that I should be surfing,” said Browning. “I just never got into it until three years ago.” 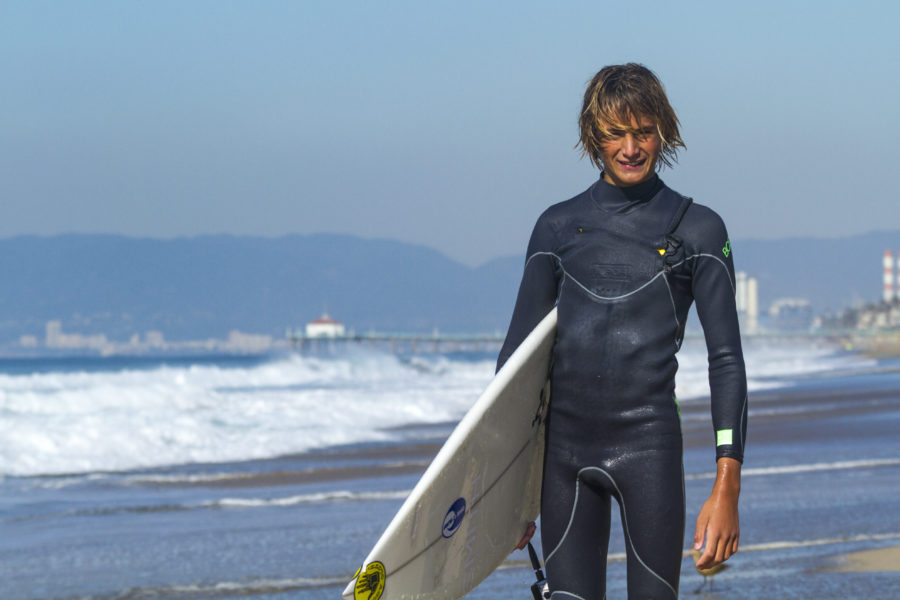 It’s not that Browning’s father was overly eager to set his son on the path towards becoming a professional surfer. The senior Browning just wanted to share a lifestyle that has given him so much.

“I felt pressured because my dad is who he is,” said Browning. “I always loved to boogieboard. On a daytrip to Huntington Beach, my stepdad said no to my boogie and threw me on a surfboard.”

The 14-year-old South High freshman is mature beyond his years, and his surfing follows suit. His skills have grown exponentially. While some of what he possesses is natural ability, the time and direction he brought to wave riding has been an essential part of his development.

“Parker is a driven young man, and his drive is internal,” said South High Surf Coach Lee McArthur. “He understands — the harder he works, the better he will get. He had an amazing year and was a major reason that South took second in the South Bay Scholastic Surfing Association league.”

It usually takes a few years to gain the confidence and experience to become a competitive surfer on a varsity surf team, but Browning made an immediate impact. In league matchups, he finished second only once and won the rest of his heats.

“Parker has shown leadership skills on our team far beyond his years,” McArthur said. “So many on our team learn from him daily.”

For surf contest advice, Browning goes right to his dad, who also is an assistant coach for the surf team.

“My dad always said, ‘Don’t have the final in mind. Take each contest heat by heat,’” said Browning. “Most important, he says, is always to have fun. All your surfing is based on always having fun.”

In addition to the SBBSA, Browning competes actively in the South Bay Boardriders Club and the annual Ratopia Surf Classic held at his home break, Torrance Beach. He’s won the Ratopia the last two years.

“I love the opportunity surf against people older than me,” he said. “I remember my first time winning the Ratopia. I was surfing against surfers from Manhattan Beach and losing in the final. It clicked —  this is my home break, I know this break better than any of these guys. I won, it was awesome.”

While the going to the air seems to be the youthful fixation among today’s groms, Browning understands a good rail game is fundamental to solid surfing. Having good style and powerful carves and cutbacks like his idol, Taylor Knox, is what Browning strives for more than launch time. 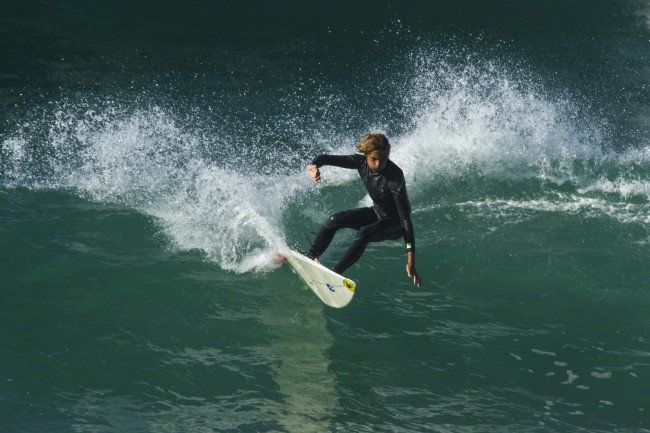 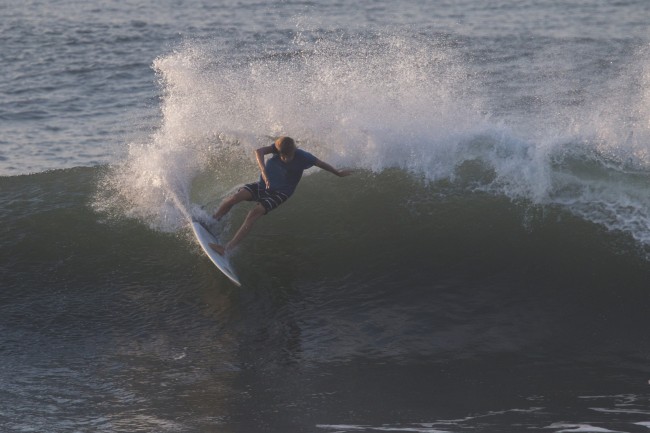 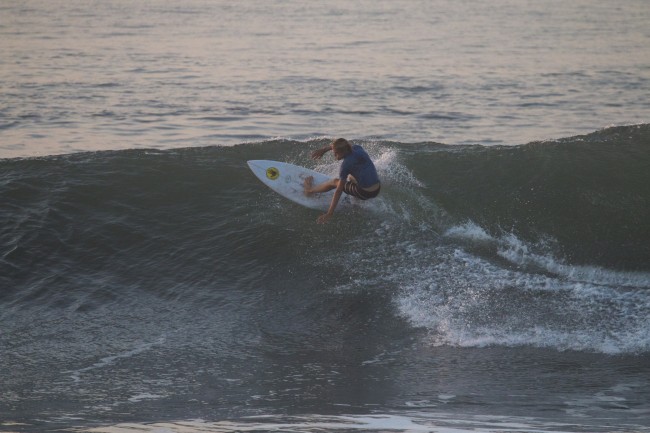 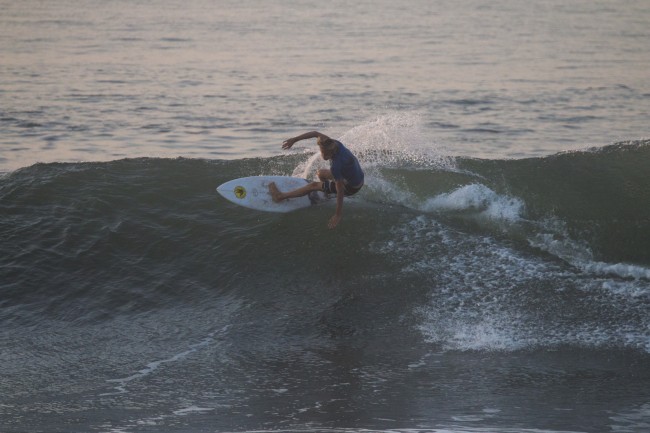 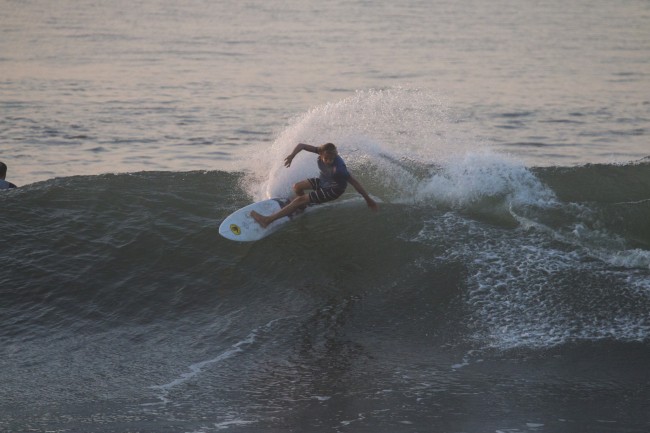 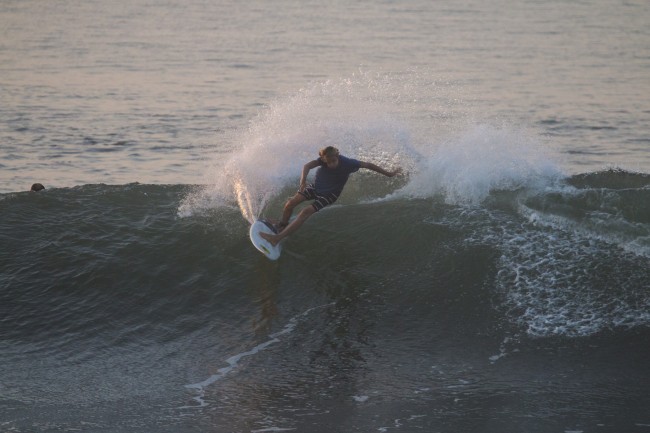 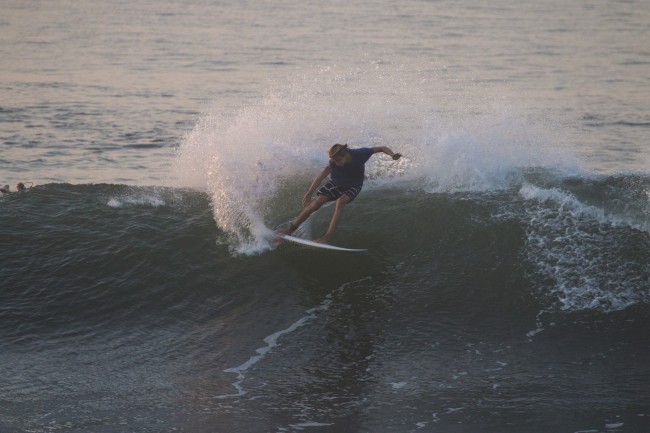 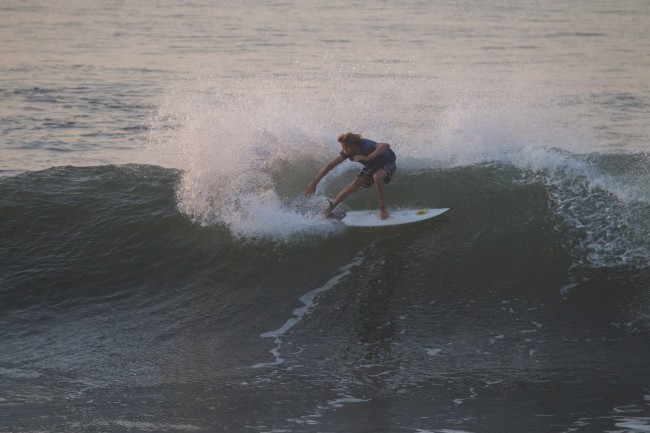 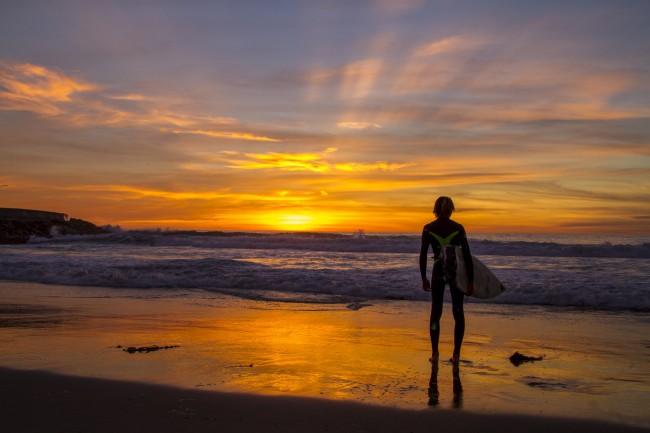 “My dad’s always said it’s up to me what level I want to surf and not to worry about surfing at a Kelly Slater or Dane Reynolds levels. He taught me to develop my own style,” he said. “I’ve recently been trying air reverses. Style comes first and I’d never waste a good section with an air but sometimes at the end of a good ride, for fun, I go for it. Practice is the only way to get better, and I hope to be landing them by the end of the summer.”

As for travels, being the son of a professional surfing father, of course, has it perks. He, his brother, and his father scored perfect South Shore Ala Moana in Hawaii.

“I’ve only been on two surf trips,” Browning said. “Man, I think to myself ‘If only I surfed’ when looking back on some of the trips. Even though I was only four, I wish I surfed when we went to Indo. We surfed a lot of breaks that make you appreciate a sand bottom beach. I love surfing new waves because it makes me more comfortable when I come home.”

Last year, he took his second surf trip to El Salvador to stay at the Adventure Sports Tour camp. Located directly in front of the AST homestead is a perfect right hander called “Los Flores” that’s bound to spawn many daydreams for Browning. 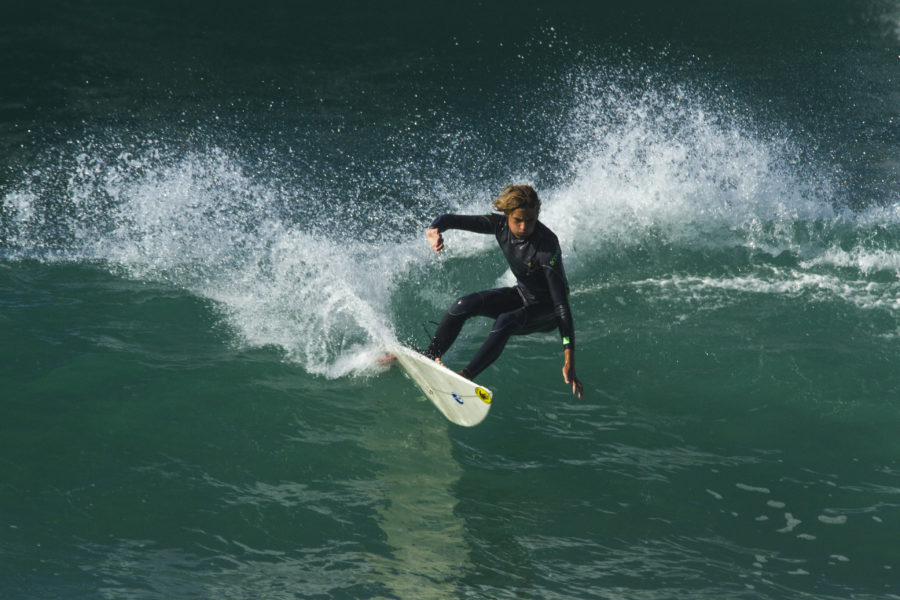 Browning is currently sponsored by Chemistry Surfboards and his shapes are handled by Jason Bennett. Body Glove keeps him styling and warm in the water while Smith Optics keeps his eyes protected, Modom handles his surf accessory needs, and Dive N’ Surf is his home shop. As a representative for each brand, he handles the responsibility like he should —  just being a good kid. He understands that it’s not just about winning or losing but how you comport yourself on the beach. After losing to eventual winner Cody Purcell and other upperclassmen like Noah Hale in this year’s SBSSA All Star meet, he took it in stride.

“I know I could have done better,” he said. “I was trying too hard, and when I try my hardest, I go too big.”

“Parker  has a ‘stoke’ about him that brightens even a two foot, blown out day,” McArthur said. “His enthusiasm of ‘Let’s go guys’ is so refreshing to a coach. Parker will do great things in his four years at South as well as if he chooses a pro surf career, I am sure.” ER