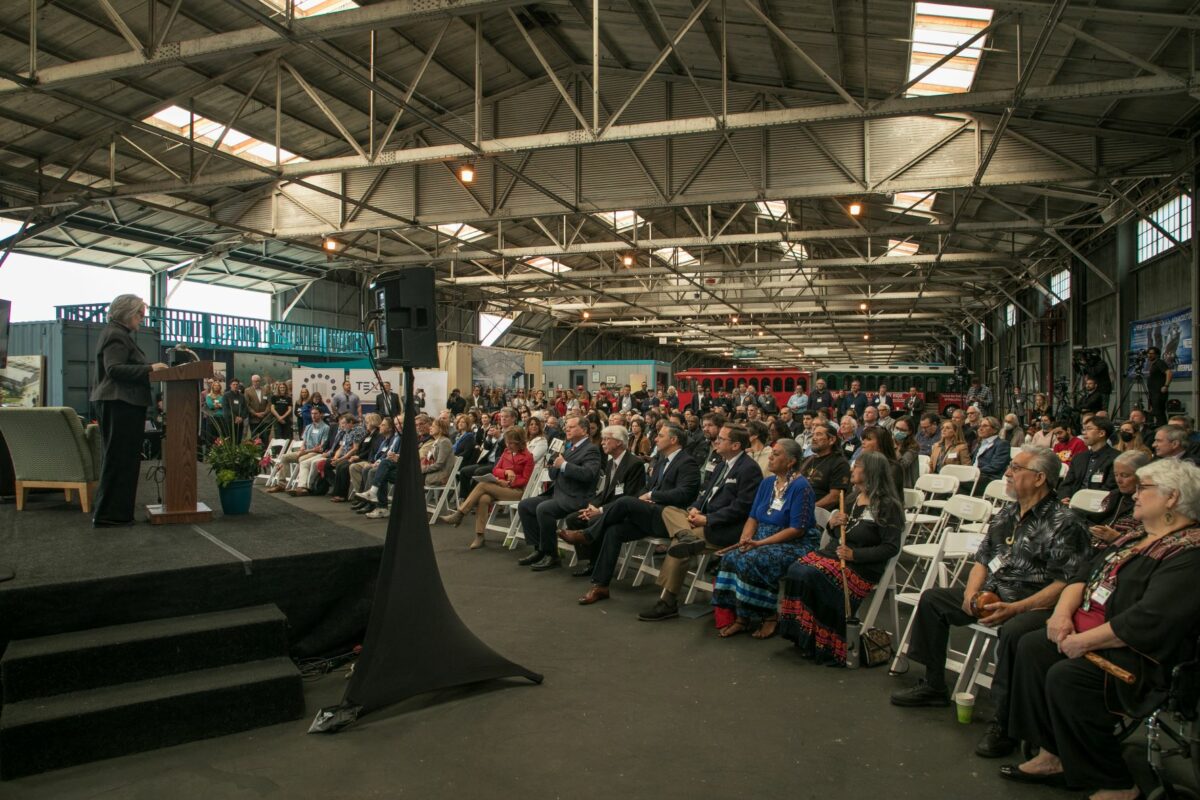 In March, AltaSea at the Port of Los Angeles, hosted USC President Carol L. Folt and activist philanthropist Dr. Melanie Lundquist, for a special event that included the grand opening and ribbon-cutting of the USC Aquaculture Lab, and the Holdfast Aquaculture Hatchery. The event was capped off with a roundtable discussion focused on the importance of AltaSea’s work in the battle against climate change. Former Governor Arnold Schwarzenegger participated in the discussion, and congratulated AltaSea President and CEO, Terry Tamminen, on his new position.