Winning the Village Runner St. Patrick’s Day 5K may have been a small step toward Rio de Janeiro for Olympic hopeful Lukas Verzbicas, but the Lithuanian-born triathlete and distance runner appreciated every stride in the 11th edition of the event. 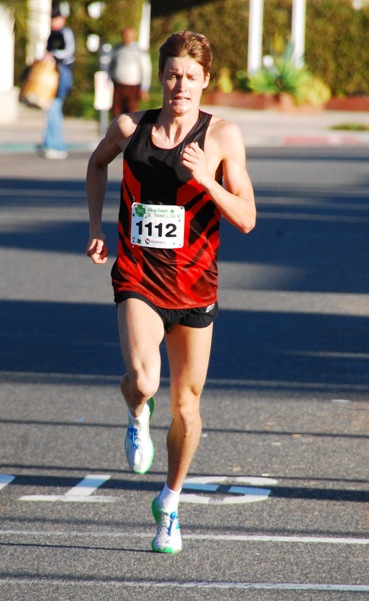 Less than two years ago, Verzbicas was involved in a near-fatal bicycle accident while training in Colorado Springs, CO. With his spine almost completely severed, several broken bones and temporary paralysis in his right leg, Verzbicas’ parents were told that he would never walk again.

“After I had a little twitch in my legs, I decided if my legs can move that much, then I will not just run but I will be better that I was before, Verzbicas said.

Once again, the 21-year-old Verzbicas proved the surgeons wrong Sunday by capturing the title of the annual event in Riviera Village with a time of 14 minutes, 55 seconds.

Verzbicas, who made the two-hour trip from Chula Vista where he is preparing for the 2016 Olympic Games at the Olympic Training Center, held off Eli Rodriguez, 30, of Whittier who finished with a time of 14:59. Stephen Pretak, 29, of Santa Monica place third with a mark of 15:09.

“The race turned into a tactical battle for the second half of the race,” said Verzbicas, who is hoping to become the first athlete to qualify in the Olympics in both the triathlon and the 5,000 meters. “I knew there were a few racers right behind me so I had to make sure I kept my concentration especially towards the end of the race. It’s a very pretty course and I loved the ocean view. It calms you down when you’re running fast. I’ve been training hard so this was a nice break for me.”

Redondo Beach’s Nathalie Higley was the first female to cross the finish line with a time of 18:06. The 44-year old said she was delighted to win the women’s division after battling a lasting cold.

“I’m happy to win,” Higley said. “I got sick after the Super Bowl, but this is such a great race and I enjoy running in it.”

“It was great to see the number of runners double this year and it was perfect conditions to run fast,” Race Director Mike Ward said.

Redondo Beach Mayor Steve Aspel and City Councilman Jeff Ginsburg served as official starters for the 5K before Ginsburg joined the runners that nearly doubled last year’s total. A portion of the proceeds from the event benefit local public schools and after school programs.

Following the 5K, the Chase Stecyk Little Leprechaun Dash for the Gold gave the next generation of runners an opportunity to compete against those in the same age groups.

Ward re-named the kids race in the memory of Stecyk, a Redondo Beach resident who died at the age of 11 from a rare spinal cord tumor. 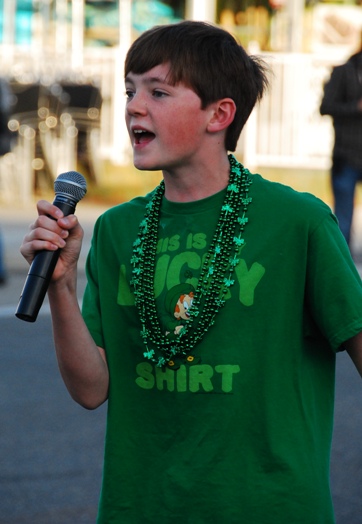 “Chase was an amazing kid with a zest for life,” said his mother, Amy Stecyk. “He was the first one out the door to do whatever… climbing, running, skateboarding, He was very adventurous. Sometimes we forget how blessed we are with things like running or walking so we participate in the event because we can. Hopefully we can inspire others to do the same for someone who can’t. Today would have been Chase’s 14th birthday and I know he is looking down smiling and seeing all the green which was his favorite color.”

The honorary starter of the kid‘s race was Redondo Beach resident Maxwell Huckabee, an actor on the popular television shows “Dexter” and “Mad Men.”

“I’m very excited to be the starter,” Huckabee said. “Chase and I have many similarities and like running.”