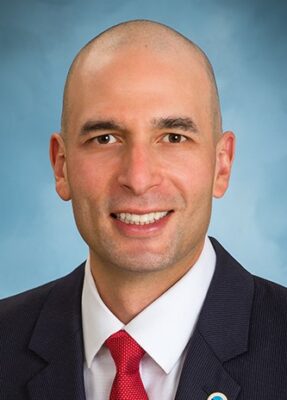 On Oct. 22, Obagi counsel Erin Joyce, and the State Bar’s Office of Chief Trial Counsel submitted a stipulation of “Facts, Conclusions of Law and Disposition” regarding seven counts filed against Obagi in July.

On Nov. 5, the State Bar Court rejected the stipulation because the “stipulated facts and the explanation provided in the legal analysis do not support a finding of intentional misappropriation.”

The summer charges against Obagi, who represents Council District Four (North Redondo) followed a $710,000 Los Angeles Superior Court judgment against him in favor of a former client, a partner in a marijuana dispensary. Obagi denied any wrongdoing.

In the October stipulation, the parties stated that “(Obagi’s) wrongdoing appears to have been caused not by being a dishonest or corrupt person, but rather because (Obagi) repeatedly did what he thought was ‘right’ without performing any research or consulting anyone about any ethical duty or legal obligation he might owe to his former client. Had he done so, he would have avoided the misconduct in this case.”

After the Nov. 5 ruling, the parties were given 14 days to submit another stipulation to correct these issues. Nothing was filed by the deadline. ER