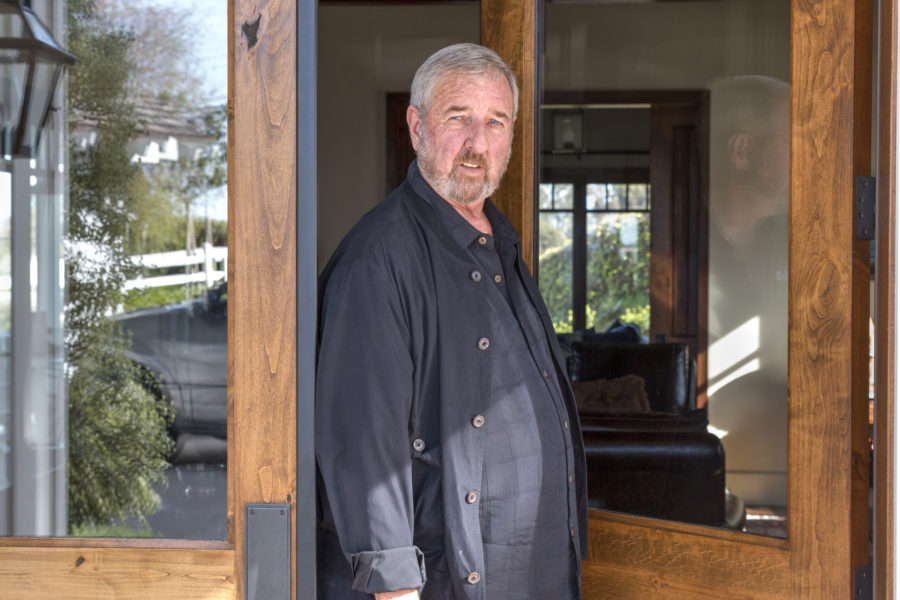 Years ago, a meeting of the Redondo Beach Harbor Commission was veering off the rails when then-Assistant City Attorney Brian Hickey issued a warning to the commissioners: If they kept on their current path, they’d soon be in violation of the Brown Act.

City Attorney Michael Webb, who was waiting in the wings behind the commission chambers, heard the director of the City’s Harbor department respond, “Who’s going to arrest us, the Brown Act police?”

Webb quickly stepped in front of the commission.

“I made it very clear that, if they took that action, my very next act would be to go to my office and call the District Attorney’s office,” Webb recalled. “I think I held up a picture of Steve Cooley, and said ‘Here’s the Brown Act police, and yes, he will have you arrested.”

“He followed through on things that don’t get public attention or public gratitude, taking on other elected officials,” Webb said.

“There were things that hadn’t been done before in terms of how aggressively he prosecuted political corruption, including state officials who didn’t even live in the districts they had supposedly been representing,” Michael Webb said.

He vigorously attacked Garcetti for corruption within the LAPD, in particular, the Rampart Station case, where a rogue cop had established his own criminal gang. Cooley also accused his boss, who was seeking a rare third term, of rewarding political supporters with special treatment.

“Suffice it to say, I was unhappy with the incumbent; I thought he was missing the mark. I thought there was room for improvement in a lot of arenas and I felt that I, and the people I would assemble, could do a better job,” Cooley said. “All of which proved to be true.”

Among Cooley’s calling cards was the fight against corruption, a struggle he said he went after “hammer and tong.”

Cooley joined the Los Angeles County District Attorney’s office shortly after passing the state bar exam in 1973 and quickly moved up through the ranks. He became a head deputy within 10 years and would win three terms as the county’s District Attorney. Only two other head DA’s in the office’s 166 year history served three terms and they were elected  prior to 1940. 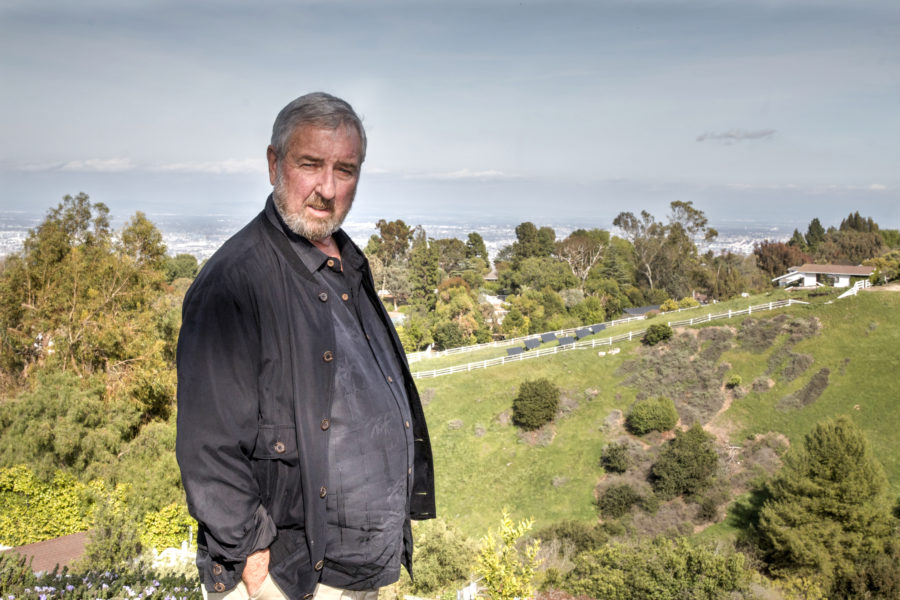 “Justice is blind to politics, or at least it should be, and it was under Steve Cooley,” said Superior Court Judge George Bird of the former LA County District Attorney.

Cooley choice of law for a career came through a process of elimination.

“My parents always said that we were to have some kind of career — become a C.P.A., or a doctor, something with a craft and a skill. But working as an accountant, or a doctor, or selling insurance? No, not for me,” Cooley said.

Cooley was the second of five children in a solidly middle-class family in the Silver Lake neighborhood of Los Angeles. His mother was a homemaker and part-time Realtor. His father was an FBI agent. In 1954, Cooley’s father left the FBI to become an accountant so he could earn enough to put his children through college.

Cooley completed his undergraduate studies at California State University, Los Angeles, and earned his law degree at the University of Southern California.

His views on law enforcement was shaped  between 1972 and 1979, when he served as a Los Angeles Police Department Reserve.

“If I didn’t pass the bar or go into the DA’s office, I would have joined LAPD or the FBI,” he said.

He had the highest grades in his criminal law class (“and not the highest in anything else,” he joked). Within a week of passing the bar in 1973, he joined the District Attorney’s office, where he would work for 27 years as a deputy district attorney until his election to DA.

He was assigned to branches across the county, from Antelope Valley to San Bernardino, and headed divisions ranging from the juvenile office to welfare fraud.

“I had 13 different assignments in the DA’s office, all of them good, all different and all interesting,” Cooley said.

“The DA’s office isn’t partisan politics, it’s about seeking justice,” said Peninsula resident and Superior Court Judge George Bird. “Justice is blind to politics, or at least it should be, and it was under Steve Cooley.”

“His views on third-strike violations, to make sure that the strikes were significant or violent felonies, later became law,” Webb said. “But at the time, it didn’t sit well for some people higher up, or DAs in Northern California. They tried to punish him by taking away his leadership position in the California District Attorney’s Association. All the prosecutors in our office quit the C.D.A.A. [in protest] and only went back after Steve retired.”

Bird’s recollections of Cooley’s accomplishments as DA included the establishment of a forensic investigation unit, improved training of deputy DA’s and the promotion of women and minorities to leadership roles. His second in command Chief Deputy District Attorney Jackie Lacey, with Cooley’s backing, was elected to succeed him, making her the first woman and first African American to serve as the county’s top prosecutor.

Cooley’s most important achievement as DA, Bird believes, was the communication network he established. “He actually sought out and worked collaboratively with justice partners to make the system worked properly,” Bird said. “Prosecutors from across the county would meet monthly to coordinate and communicate in prosecution of offenses…Gone under Steve’s leadership was any issue of territoriality and resentment between agencies.”

Looking back, Cooley said he is particularly proud of the drop in the county’s crime rate, which was at its lowest in 60 years while he held office. He doesn’t take exclusive credit. He said the drop in crime was a result of the system putting the right people in prison.

“He did exactly what you teach young prosecutors to do; pursue justice no matter what the obstacles are,” Redondo City attorney Webb said.

“The crime rate, since I left office, has been increasing steadily because of changes to reduce the prison population,” Cooley said. He was referring Proposition 47 passed by voters in 2014 and Assembly Bill 109, passed in 2011. Prop. 47 reduced the maximum sentencing for many crimes from felonies to misdemeanors. AB 109 reassigned “non-serious” criminals from state prisons to county jails.

“The system should work, should identify criminals, appropriately incarcerate them and punish them for their wrongdoing,” Cooley said. “The system is working against the law abiding public, led by Governor Jerry Brown, then aided and abetted by a weak Attorney General.”

Cooley left the DA’s office in 2012 to campaign for the State Attorney General’s office. He was defeated by then San Francisco DA Kamala Harris, who is currently running for the U.S Senate seat being vacated by Barbara Boxer.

“Cooley’s loss was a situation where the weakness of Republicans across the ticket hurt his campaign effort,” Webb said. “Not because of who he is or his qualifications… Kamala Harris’ heart wasn’t in being a career prosecutor. She’s using it as a political stepping stone, while he wanted to bring his no-nonsense attitude to the state.”

Cooley is philosophical about the 2012 election.

Where he is now, at age 69, is operating his own private consultancy firm — what he calls a “problem solving” business, in which he brings attorneys and investigators to work on clients’ cases.

“At a normal firm, you go in there and they’ll send you to a department, give you an expert, put this clerk and that paralegal with you…but they do it with people in house,” Cooley said. “My thinking is clients come to me with their issues and I bring the right people to them.”

It’s a matching game built on the deep network of professional ties Cooley made throughout his career. An added personal benefit is it gives him time to spend with his family.

Cooley and wife Jana married in 1975. In 2012, the couple rented a home in Rancho Palos Verdes to be closer to their kids and grandkids. They now live in Rolling Hills.

“If I were Attorney General or District Attorney, I guarantee you I’d not have an entire Sunday off — those would be 11, 12, 13-hour days with a lot of travel,” he said. “This is a much more flexible lifestyle. I pick the times I work and pick who I’m hanging around with. It gives me more time with the grandkids and my family and that’s the highlight of my time.”