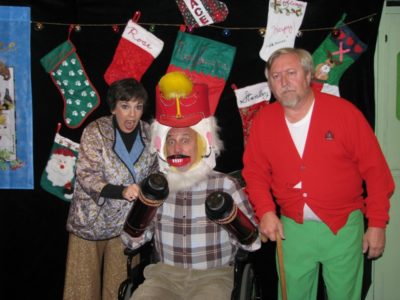 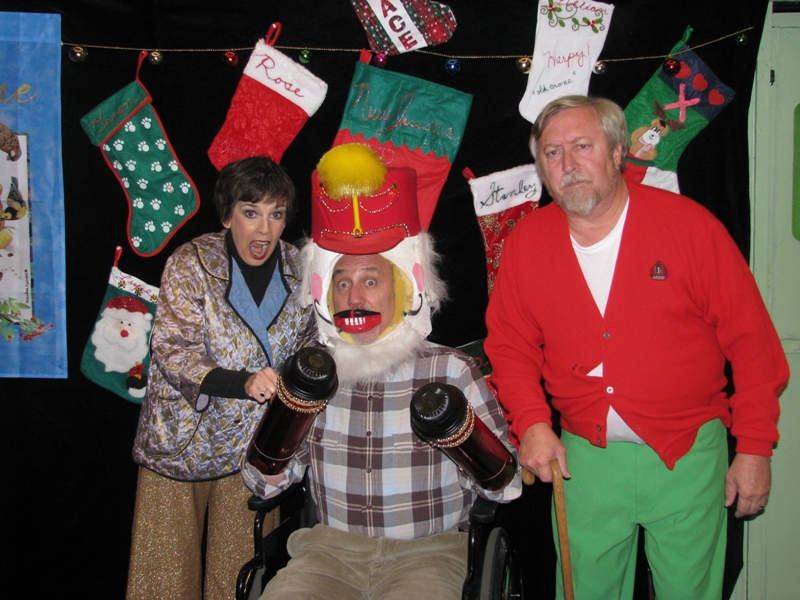 As Hermosa’s only regular theater company, Surf City Theatre needs to be smart, entertaining, and adventurous. It has two productions opening between now and the end of summer, beginning with “An Evening of Durang,” comprised of comedic one-acts by Christopher Durang, best known for “Vanya and Sonia and Masha and Spike,” which won the Tony Award for Best Play in 2013.

“An Evening of Durang” is performed from May 25 to 27 in the Second Story Theater, 710 Pier Ave., Hermosa Beach. Performances, Friday and Saturday at 8 p.m. and Sunday at 2 p.m.

This will be followed by Robert Harling’s “Steel Magnolias,” which first appeared as a play in 1987 and then in 1990 as a film with Sally Field and Julia Roberts. Harling has had success as a screenwriter with films like “First Wives Club” and “Laws of Attraction.”

“Steel Magnolias” is performed from June 16 to July 1, in the Second Story Theatre, 710 Pier Ave., Hermosa Beach. Performances, Friday and Saturday at 8 p.m. and Sunday at 2 p.m. Tickets, $25. The Second Story Theater is an intimate venue so it’s best not to wait as shows often sell out quickly. (424) 241-8040 or go to surfcitytheatre.com.

Adding to the cultural arts scene in Old Torrance, The Torrance Theatre Company is concluding its regular five-show season with “A Catered Affair,” a musical by Harvey Fierstein (book) and John Bucchino (score) that tells the story of a Bronx mother’s efforts to give her only daughter the elaborate wedding she never had… and the bride never asked for. During its Broadway run it received the Drama League’s 2008 award for Best Musical. It also garnered 12 Drama Desk Award nominations and three Tony nominations.

“Encore: A Murderous Mystery” is being presented by the Friends of the Torrance Theatre Company and it’s their annual fundraiser. This dinner theater event takes place at the Doubletree Hotel by Hilton, 21333 Hawthorne Blvd., Torrance. Doors at 5:30, dinner at 6, and show at 7 p.m. Tickets are $110 if you’re quick and $125 if you’re not. For information, (424) 243-6882.

“How to Succeed in Business Without Really Trying” is this year’s big summer show, running August 11 to 25, which the Torrance Theatre Company is staging in the James Armstrong Theatre, 3330 Civic Center Drive, Torrance. Abe Burrows, Jack Weinstock, and Willie Gilbert wrote the book, and Frank Loesser handled the music and lyrics. Reserved seating starts at $25, but tickets don’t go onsale to the general public until June 1. More information by contacting the Torrance Theatre Company or the Armstrong box office at (310) 781-7171.

Formerly Fullerton-based, next season the company moves permanently to the Cerritos Center. They’ve staged a few seasons locally, most recently presenting “Million Dollar Quartet” and “Spamalot.” Jason Robert Brown and Alfred Uhry’s “Parade” will be their swan song in the South Bay. “Parade” is a Tony Award-winning murder mystery musical and it will run from June 15 to 24 at the Redondo Beach Performing Arts Center. It stars Davis Gaines, Jeff Skowron, and Rufus Bonds, Jr. T.J. Dawson directs. Details to come. More at 3dtheatricals.org.