Supreme Courts rules in favor of Our Lady of Guadalupe School in Hermosa Beach. St. James School in Redondo Beach 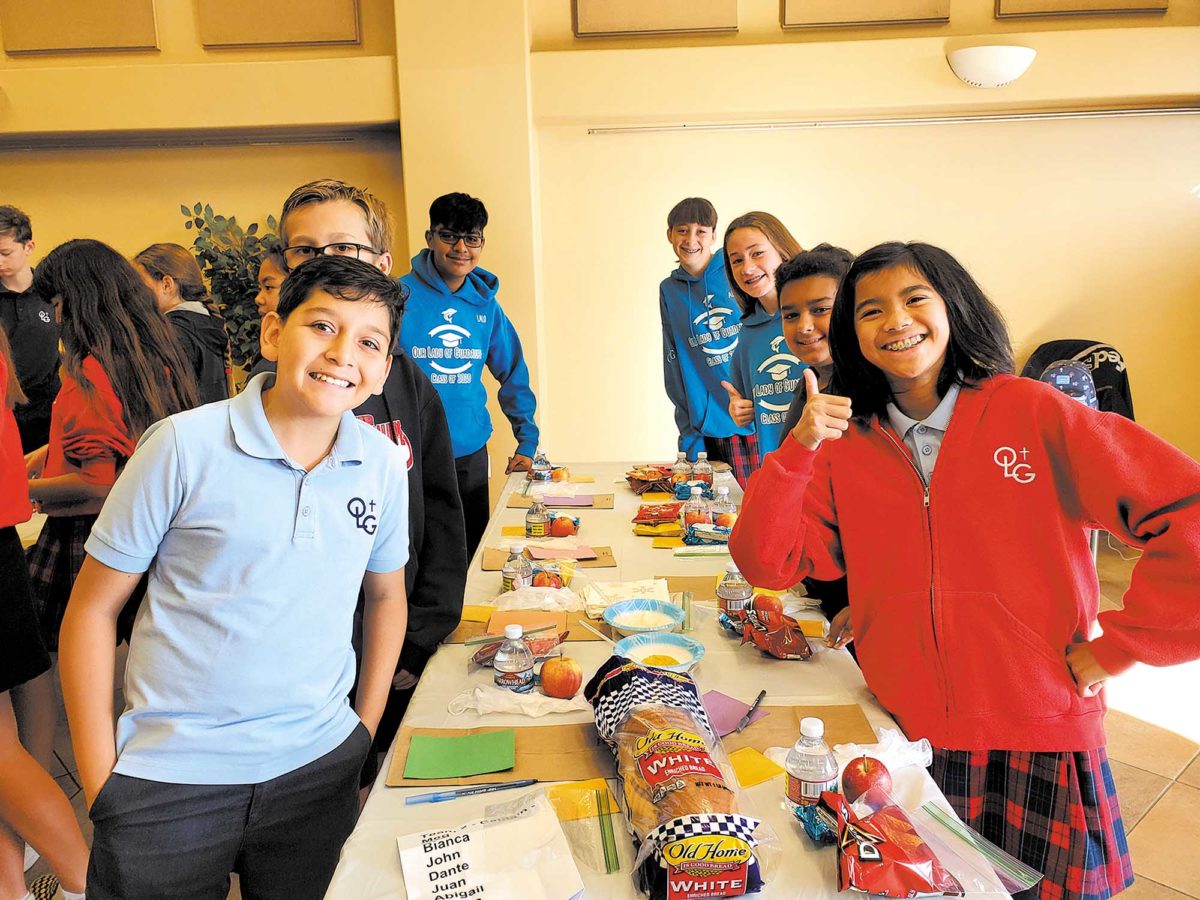 Our Lady of Guadalupe 3rd through 8th graders worked in teams during the past holiday season to assemble over 200 lunch and hygiene kits for the poor in downtown Los Angeles. Principal April Beuder said the work was part of the school’s Servant Leadership Program, which teaches leadership and organizational skills, as well as empathy for others. The lunches and hygiene kits were delivered downtown by Our Lady of Guadalupe parent Eli Shepard. Photo by Kathe Barnes/OLG

In one of the most consequential and anticipated decisions of the year, the U.S. Supreme Court ruled last week that teachers at schools affiliated with Our Lady of Guadalupe Catholic Church in Hermosa Beach and St. James Catholic Church in Redondo Beach were barred from filing employment discrimination claims over their terminations.

The 7-2 decision rested on concerns that allowing government agencies to oversee the hiring and firing of employees of institutions affiliated with houses of worship would undermine the Constitution’s protection of the free exercise of religion.

“Judicial review of the way in which religious schools discharge those responsibilities would undermine the independence of religious institutions in a way that the First Amendment does not tolerate,” Justice Samuel Alito wrote in the majority opinion.

But critics of the majority’s ruling warned that it opened the door to abuse, potentially shielding worrisome practices from scrutiny and inviting bad actors to cloak their misdeeds in claims of faith and sacrament. Justice Sonia Sotomayor warned the decision put hundreds of thousands of workers at risk, including “coaches, camp counselors, nurses, social-service workers, in-house lawyers, media relations personnel, and many others who work for religious institutions.”

“All these employees could be subject to discrimination for reasons completely irrelevant to their employer’s religious tenets,” she wrote in a dissent joined by Justice Ruth Bader Ginsburg.

Our Lady of Guadalupe School v. Morrissey-Berru originated when Agnes Morrissey-Berru, who taught fifth and sixth grades at Our Lady of Guadalupe, was terminated and filed an age discriminiation claim. A companion case began when Kristen Biel, a former fifth grade teacher at St. James School, filed her own employment discrimination claim when she was laid off after disclosing that she had breast cancer. (Biel later died, but her husband served as a plaintiff.)

Both schools argued that courts could not hear the dispute because of a doctrine known as the “ministerial exception,” which holds that government cannot interfere with the ability of religious institutions to select their own faith leaders. Alito authored a previous Supreme Court decision on the rule in 2012, but it was unclear whether Morrissey-Berru and Biel, who taught mostly secular subjects like math and English but also had some religious duties, qualified as “ministers.”

In ruling that they were covered, the opinion continues the Roberts’ court’s steady expansion of the First Amendment’s free exercise clause. On the same day they announced the ruling in the Our Lady of Guadalupe case, the court also let stand a regulation that allowed employers with religious objections to escape the requirement that they provide access to contraceptives under Affordable Care Act healthcare plans.

But the ministerial exception does not fit inside neat ideological lines. The majority opinion argued that giving deference to religious institutions would protect minority religions, and it offered a lengthy exposition of the importance of education to Judaism, Islam, Mormonism and Seventh Day Aventists. Along with the court’s conservatives, Alito’s opinion also drew justices Stephen Bryer and Elena Kagan, both of whom were nominated by Democrats.

The dissent argued that the majority’s focus on the religious “functions” of the employee at issue was too broad, and threatened to sweep up people with legitimate claims, the resolution of which would not impinge on religious liberty.

“The Court’s apparent deference here threatens to make nearly anyone the schools might hire ‘ministers,’ unprotected from discrimination in the hiring process. That cannot be right,” Sotomayor wrote. ER