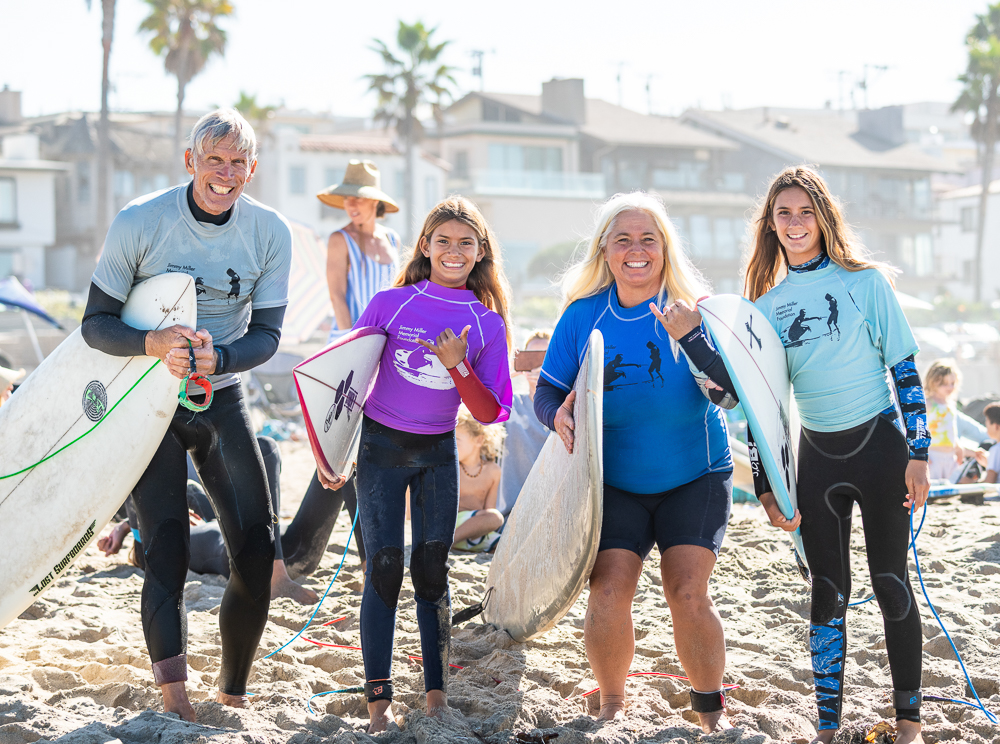 “If you’re here to win, this isn’t the contest for you,” Jeff Miller told the 120 surfers signed up for the 16th Annual Jimmy Surf Fiesta, held Saturday at 42nd Street in Manhattan Beach.

But the event director’s caution notwithstanding, the two-to-four-foot windswell, glassy conditions and a pushing tide, presented an irresistible challenge to the contest’s two-dozen A-ranked surfers, each teamed with B, C, D and E surfers.

All that prevented the contest from becoming an early season showcase for the top surfers was the fact that team members were only scored on their single, best wave.

Many of the contestants, both male and female, were middle schoolers, intent on impressing Mira Costa surf coach Tracy Geller. Geller, too, may have wanted to make a statement. In addition to his wife Katie, and son Shane, his team included sisters London and Teagan Meza, two of the most promising young surfers of either sex in the South Bay.

A large number of the other young surfers were also accomplished competitors, thanks to their experience as Los Angeles County Junior Lifeguards, and their participation in South Bay Boardrider contests. SBBC co-sponsored the contest with Fresh Brothers pizza, and provided the judges.

Jeff Miller’s instructions not to take the contest too seriously were evidently taken to heart by the other competitors, because his team won. His teammates included Anna Zimblast, Cole Saffell, Nate Goldberg, Luke Wilhelm and (alternates) Austin Miller and Gabe Volk.

The Jimmy is presented by the Jimmy Miller Foundation, which was founded in memory of Jeff Miller’s brother Jimmy Miller, a former lifeguard and founder of Camp Surf. Jimmy Miller passed away in 2004.