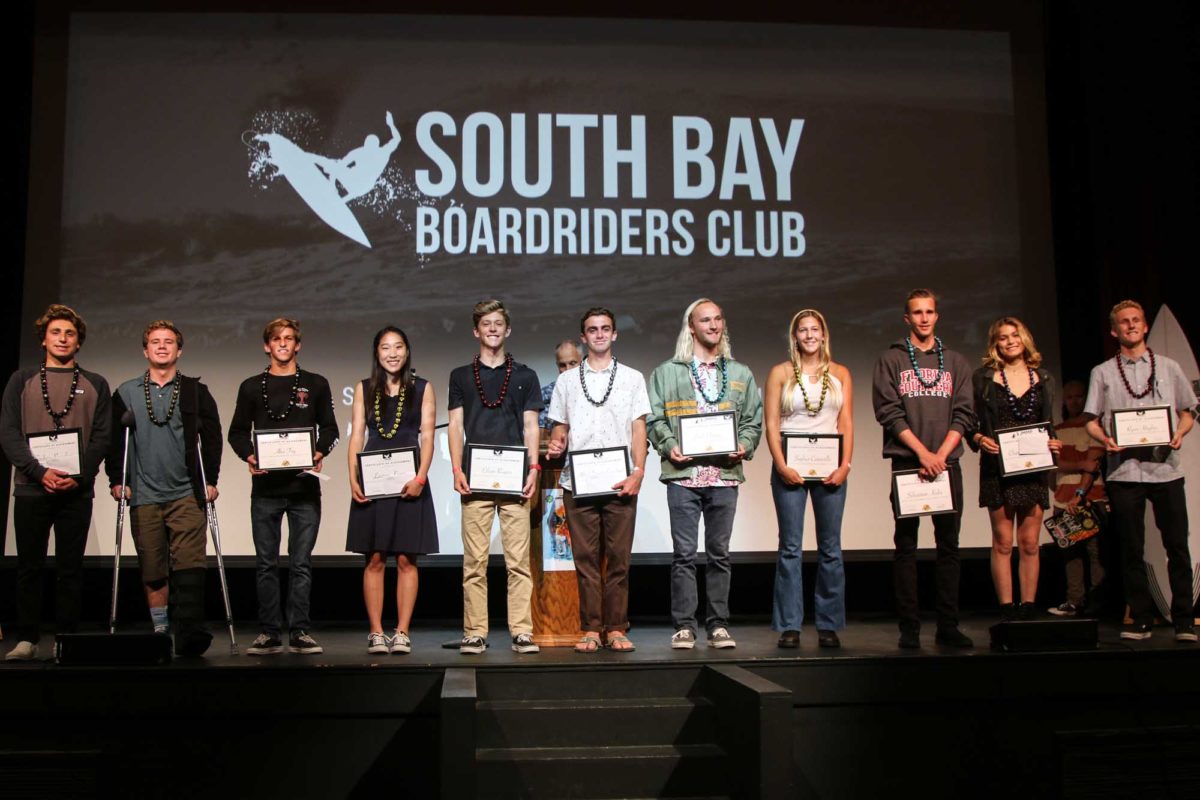 The South Bay Scholastic Surfing Association (SBSSA) celebrated what many believe was the best winter surf season in over a decade with an awards presentation last Friday evening at the Hermosa Beach Community Center. The high school surf league includes 12 schools, from San Pedro to Santa Monica.

Ethan Foley of Santa Monica, and Erin Wolf of Peninsula received the Rookies of the Year awards. The John Joseph Dedication Awards went to Angela Strong of Palos Verdes and Zach Mitchell of Santa Monica. The Alex Gray Awesome Attitude Awards went to Deborah Mendiha, of Redondo and Erin Wolf of Peninsula. The Waterman’s Award was shared by Alex Fry and Parker Browning. Kyra Williams received the Waterwoman Award.