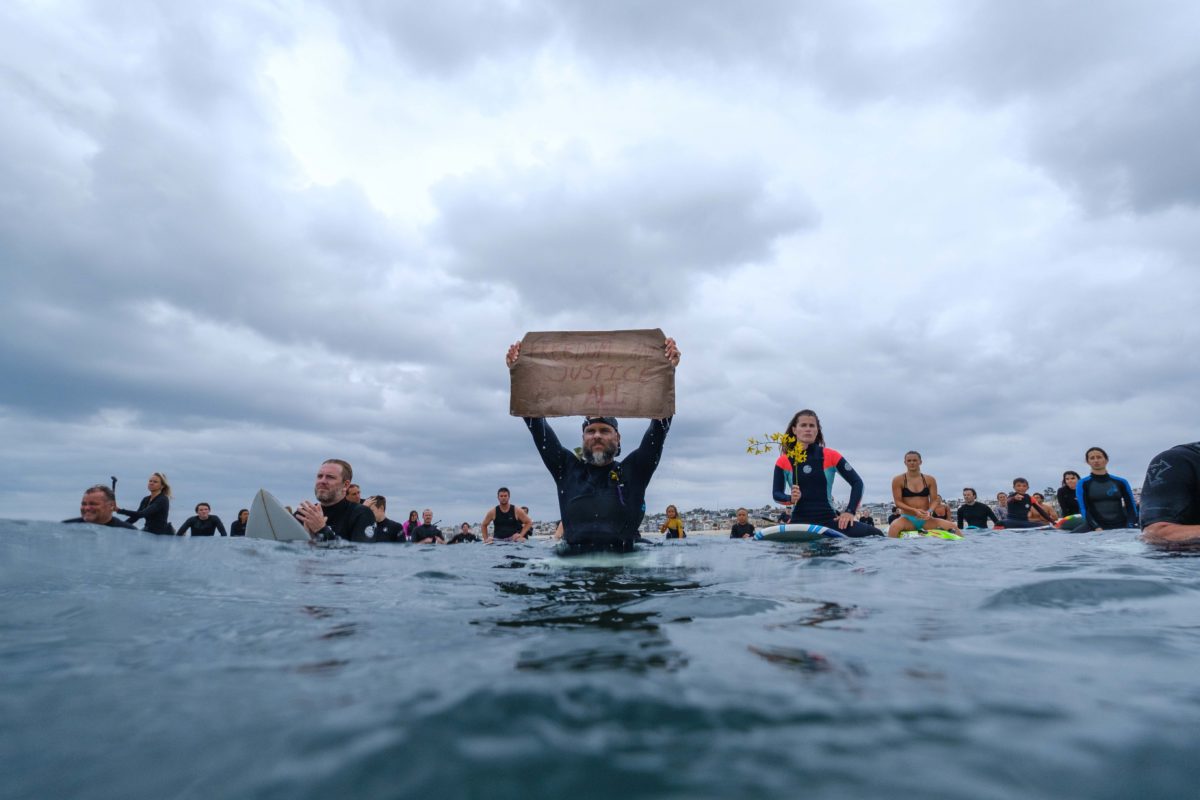 The Black Lives Matter paddleout at the Hermosa Beach pier on Friday was part of an international show of support from surfers. Photo by Jason Napolitano. Jason Napolitano (@jknapo)

“I mentioned to a black friend how this made me feel uncomfortable and she said the predominance of whites in rallies at the beach was a good thing, that it showed broad  support for Black Lives Matter,” McMahon said as he prepared to join the paddleout.

“Aloha brah,” 5-year-old Connor Matthews said as his dad Shane put him aboard his mom Eileen’s stand-up paddleboard. “We brought him because we want him to understand the importance of inclusiveness,” his mom said.

Pennywise singer Jim Lindberg said he was participating the paddleout because it reminded him of his wedding day.

“I was married the weekend of the 1992 Rodney King riots in Palos Verdes and from the church we could see LA burning. It hit home then and it hit home again this week when the George Floyd protests began. Not enough has changed or this wouldn’t be happening,” Lindberg said as he took a yellow rose from a woman passing them out to the paddlers.

South Bay Boardriders Club president Tom Horton and a group of fellow club members gathered at the Tim Kelly statue prior to the paddleout. Horton posted word of the paddleout on the club’s social media “to show solidarity with @blackgirlssurf and all the other surfers around the world supporting  #blacklivesmatter,” Horton said.

The Hermosa paddleout was part of the World Wide Solidarity in Surf Paddleout organized by Black Girls Surf, an international organization founded in 2014 to encourage black female surfers. ER