The 22-mile race begins in Two Harbors at the Catalina Isthmus and finishes at Cabrillo Beach in San Pedro. The race was led by the historic, 70-foot, 70-year-old “Disappearance.” Each paddler was accompanied by an escort boat.

The race was founded by paddleboard builder and former Redondo firefighter Joe Bark.

“Some of the guys who started the Catalina Classic wanted to make a race that was more inclusive and not as challenging than the Classic. We wanted a race that treated all paddlers alike and was family friendly.” In addition to different modes of paddling, the Rock 2 Rock allowed relay teams. For the solo, prone paddlers, the race serves as a qualifier for the 32-mike Catalina Classic held August 25, which also starts at Two Harbors, but ends at the Manhattan Beach pier.

True to Bark’s original vision, on Saturday, competitors and their support crews boat-hopped and shared stories over Buffalo Milks at the Harbor Reef Restaurant. At the Saturday evening race meeting at Buffalo Park, Loren cautioned paddlers to be safe (“Don’t try to outrun a freighter). Then the traditional barbeque of teriyaki steak, chicken and rice was served.

The following morning, padders were relieved to find the previous evening’s winds had died down and the water uncharacteristically smooth.

The next local paddleboard race is the final Oceans Prone race, this Sunday, July 7 at Torrance Beach. There will be a 2 mile and 12 mile race, starting at 8 a.m. The International Surf Festival Velzy-Stevens Pier to Pier Paddle will be held Sunday, Aug. 4, at 7:30 a.m. The Velzy-Stevens is organized by the South Bay Boardriders Club and is a family friendly race. Prone and stand-up paddleboards, as well as soft tops and surfboards are allowed. 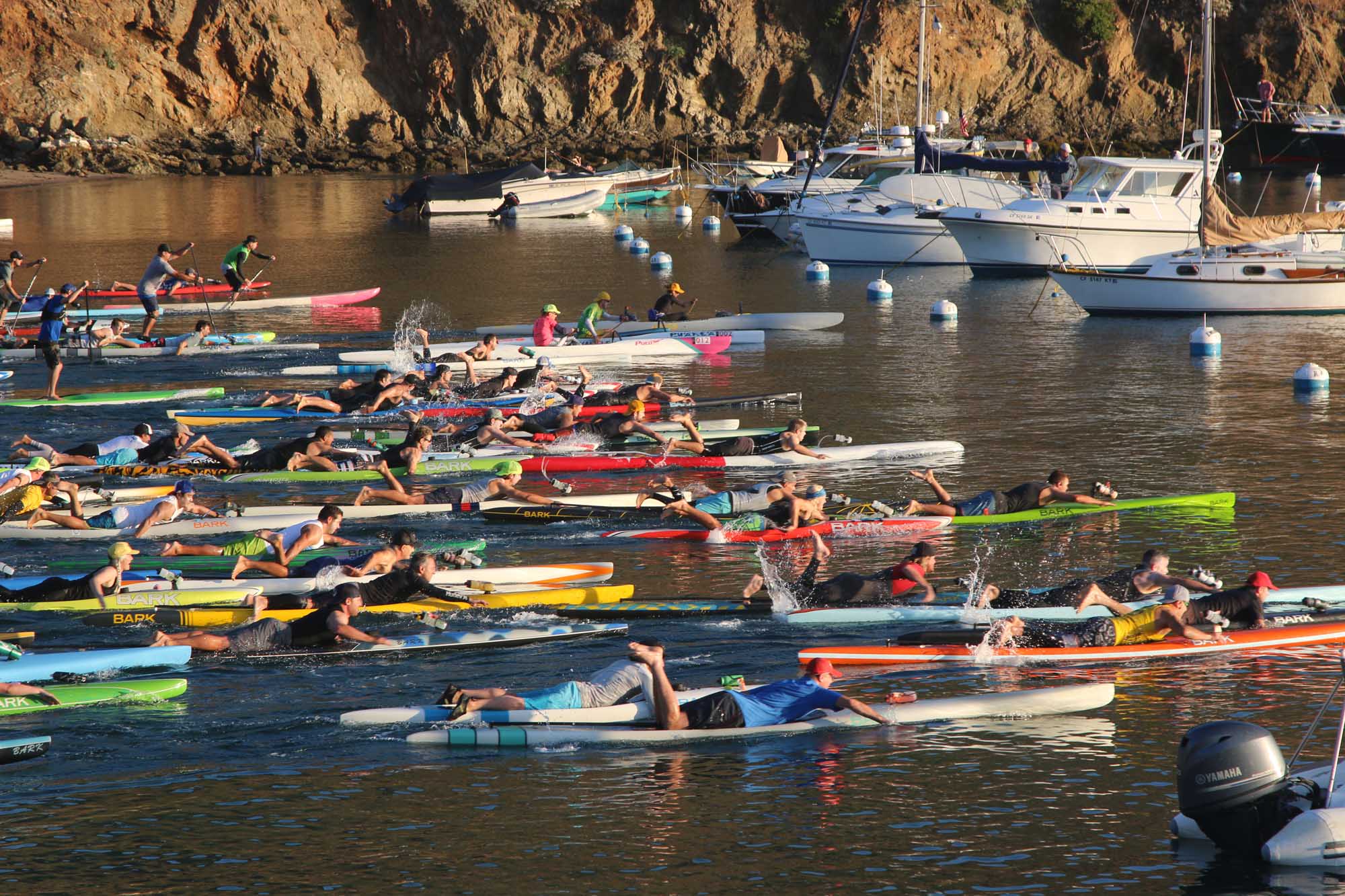 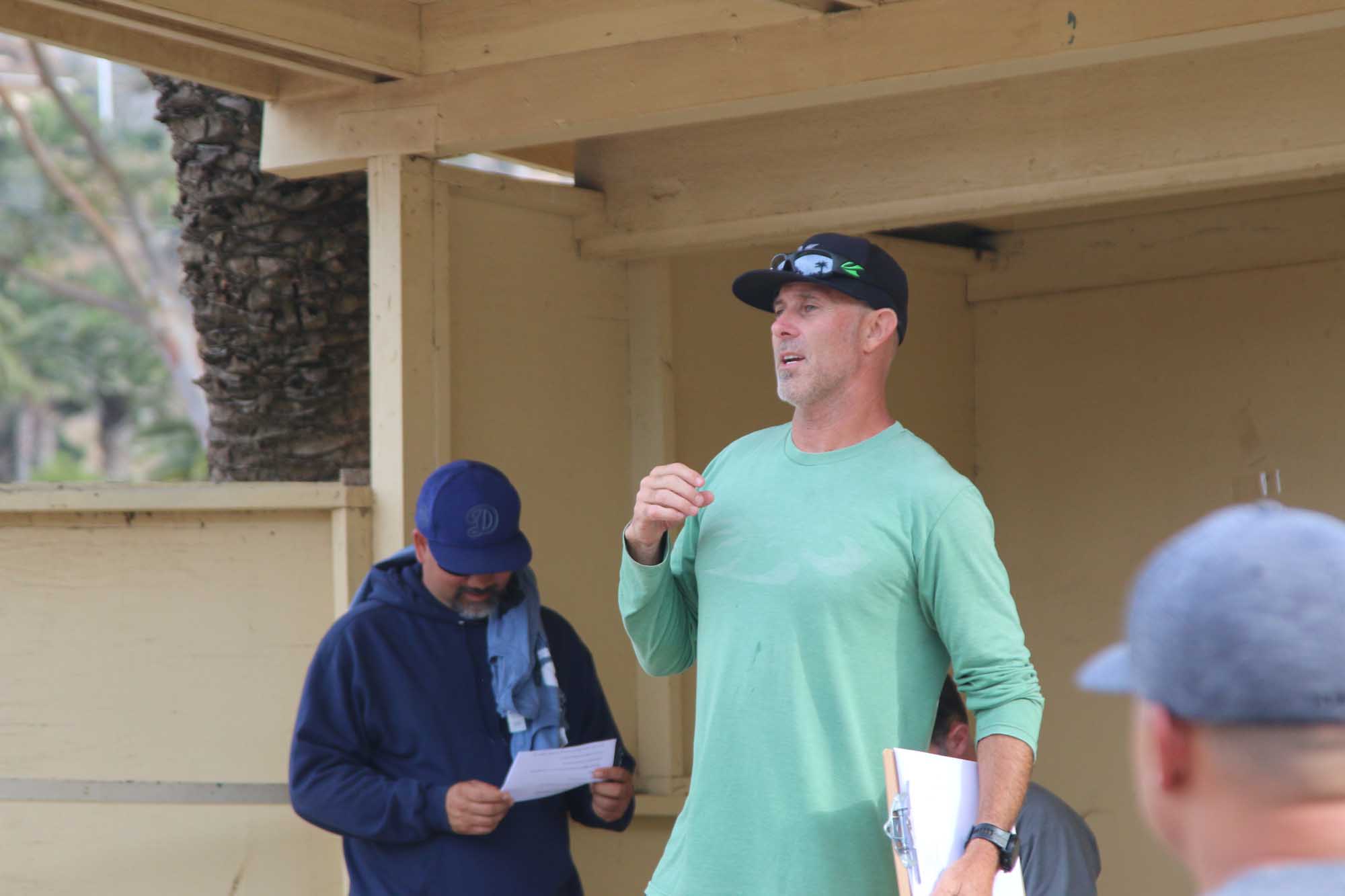 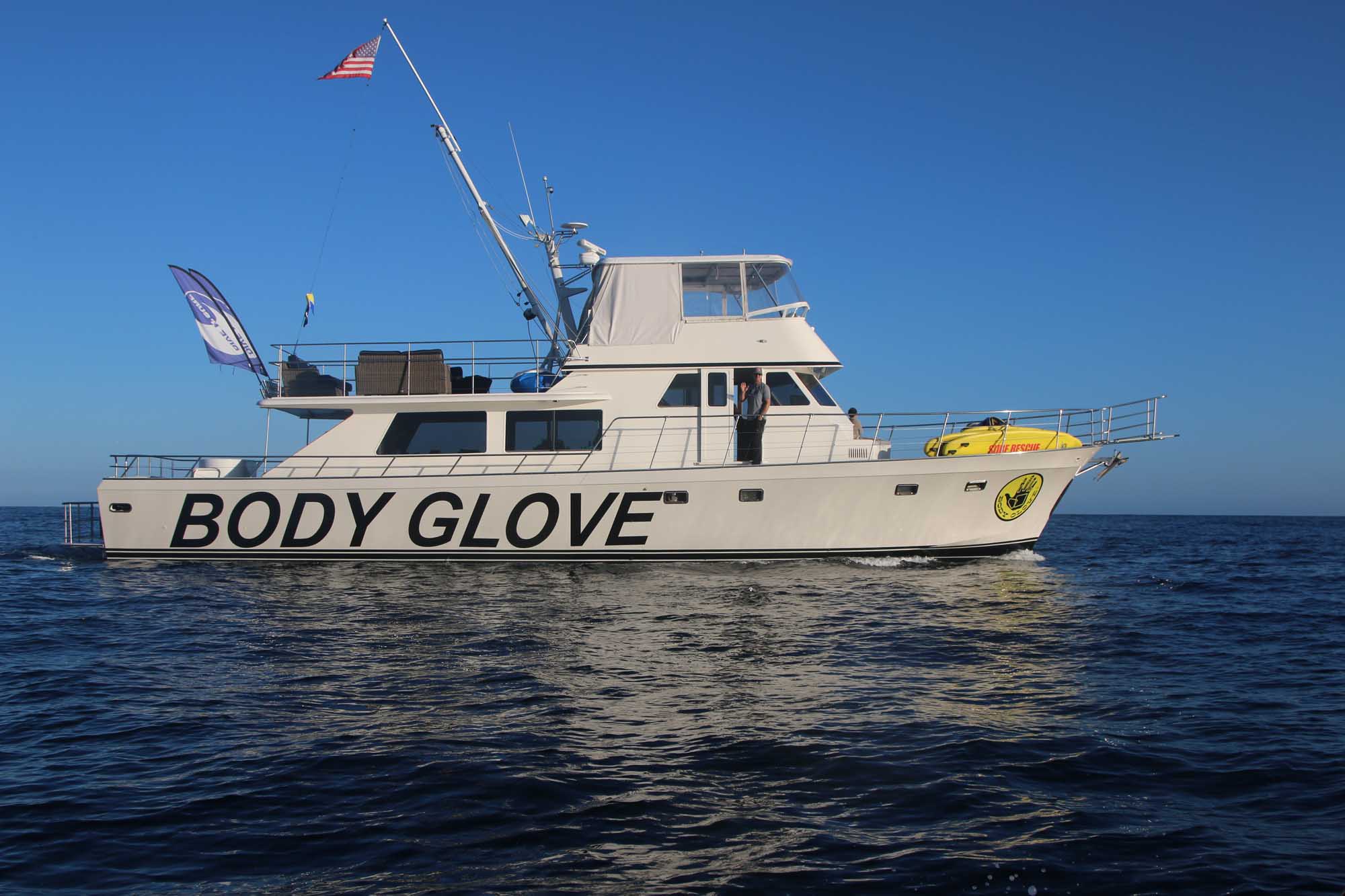 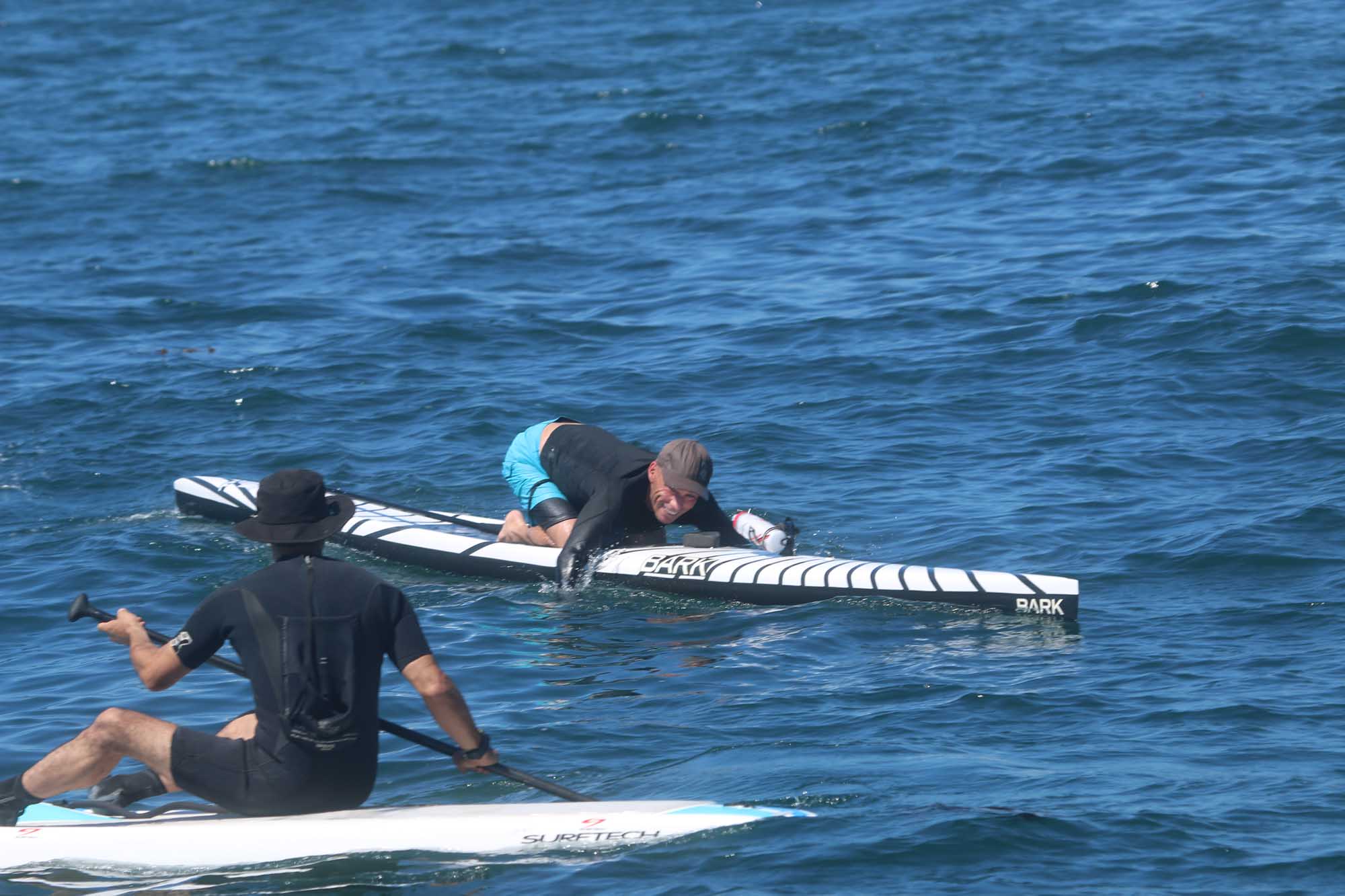 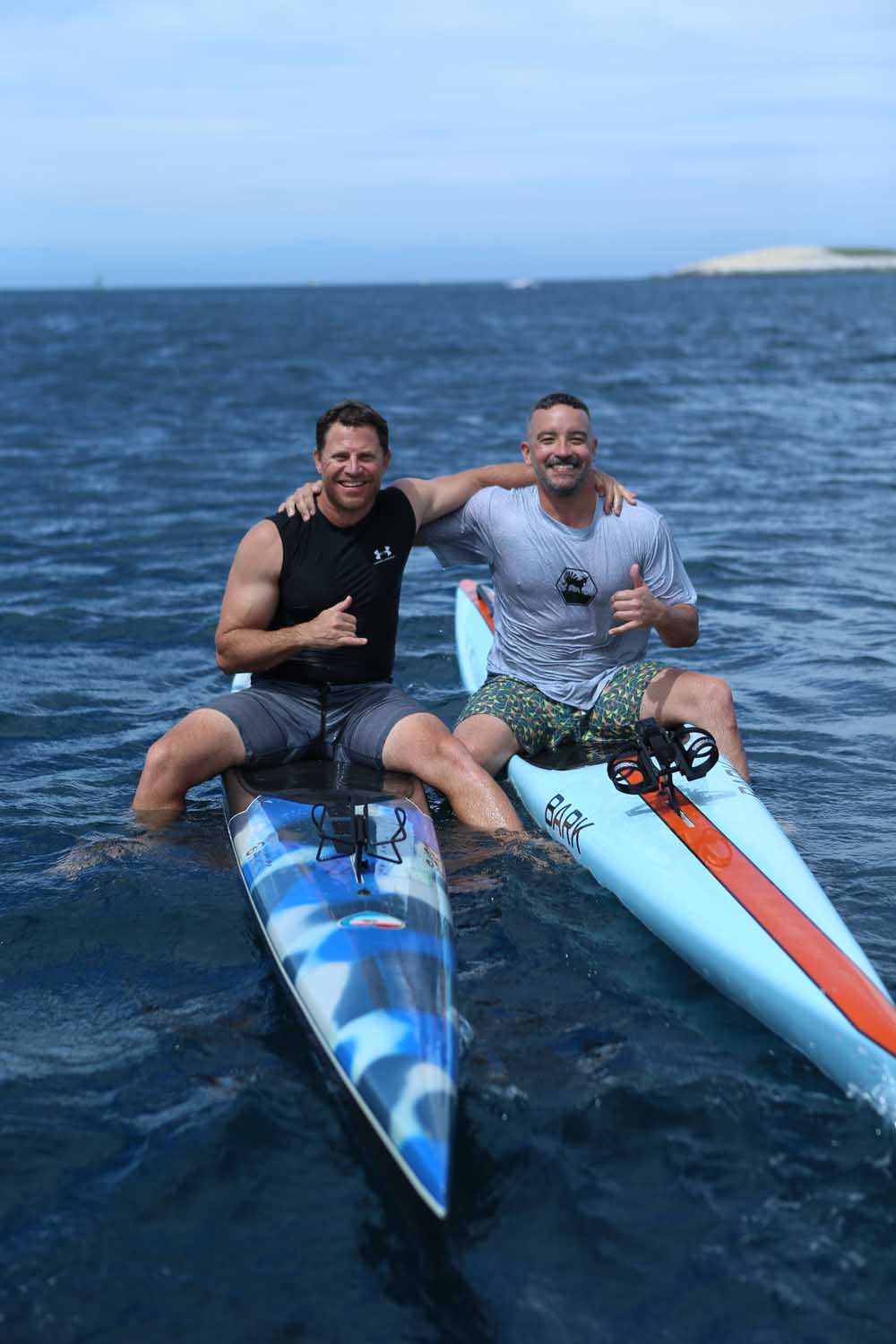 Celebrating completion of the 22-mile Rock 2 Rock Paddleboard Race are Adam Deierling and Eric Ruehle, who finished in 5:03:38 and 5:06:49, for 14th and 16th, respectively. Photo by Jay Kihara