Songs from the windshield: The roadgoing of James McMurtry

By Mark McDermott I was living in a candy warehouse in South San Francisco when I first heard James McMurtry. It was 1996, and I was hiding out, trying to kick the dangerous habit of the Alaska fisheries, where I’d spent the previous five years barely not dying on a daily basis, yet addicted to […]

by Whitney Youngs In 1985, guitarist and singer Vince Herman relocated to Boulder, Colo., from Morgantown, W. Va., and spent his first night in town attending a Left Hand String Band show, where he met its frontman, mandolinist and singer Drew Emmitt. This serendipitous encounter undeniably shaped their musical careers, as the two men, along […]

by Whitney Youngs Born in Germany, guitarist Tim Reynolds lived out his formative years in a religiously conservative household in the Missourian city of St. Louis. His foray into guitar playing represented a musical revolution in his own bedroom. “[The conservative upbringing] made me a rebellious player,” Reynolds said. While on tour in the late-1970s, […]

The return of Garrick Rawlings

by Whitney Youngs Back in the 1970s, signals of rock radio stations never made made the airwaves in the small town of Sturgis, Michigan, where guitarist and singer Garrick Rawlings grew up. Rawlings, instead, was exposed to rock music in a rather unconventional way. “My favorite uncle, George, flipped cars,” Rawlings said. “He had a […]

by Esther Kang In the late 60s, a four-piece rock band based out of Venice Beach took the world by storm. The Doors, named after Aldous Huxley’s 1954 book “The Doors of Perception,”epitomized the psychedelic-blues-infused rock ‘n’ roll of its time, with charismatic poet-turned-frontman Jim Morrison at the helm of the prolific project. The Doors […]

Abrakadabra to put a spell on The Standing Room 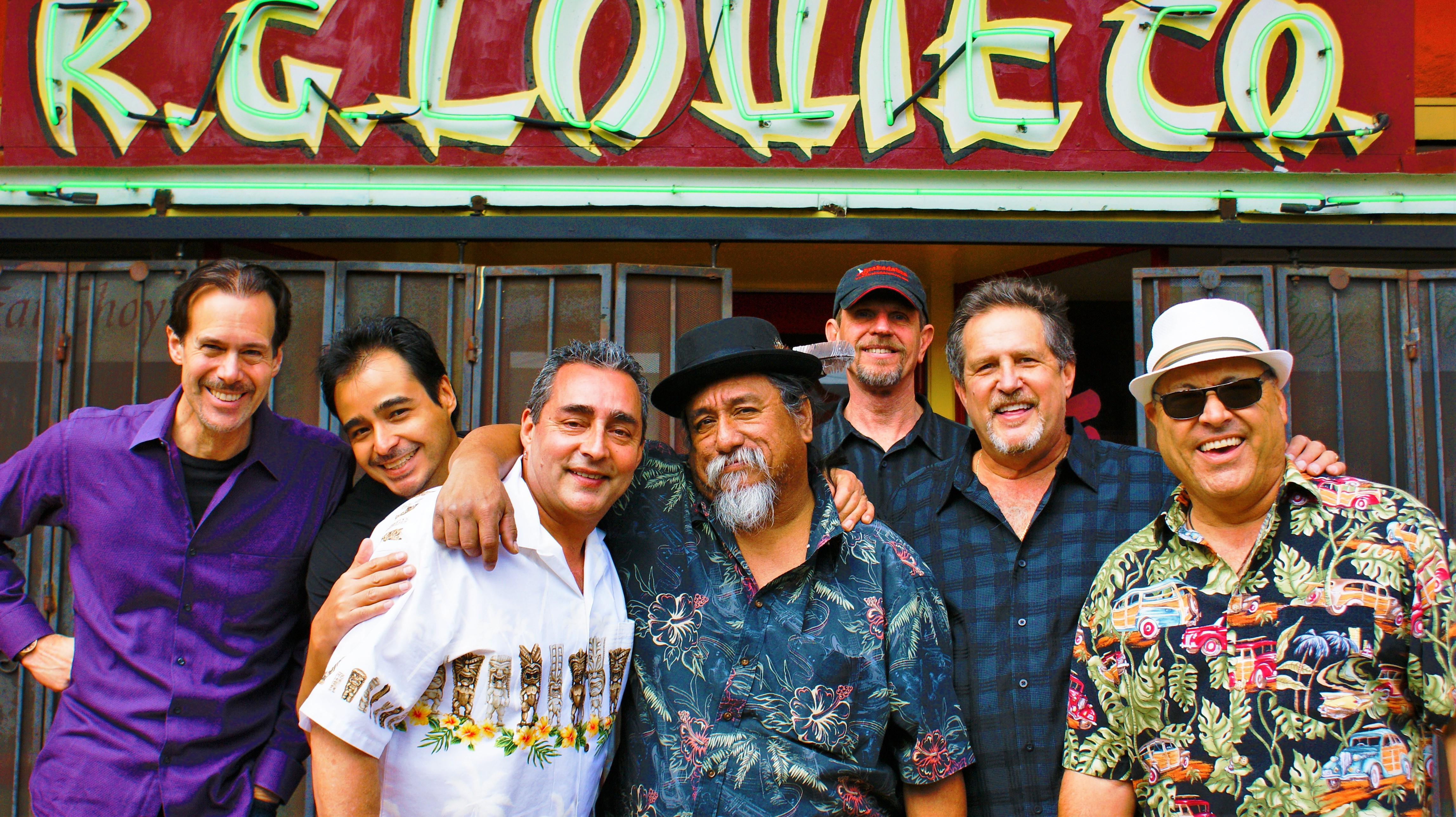 by Whitney Youngs Abrakadabra, a band known for its infectious grooves and indelible melodies, has been a fixture in the South Bay music scene since its formation in 1981. Like all groups, Abrakadabra’s expansive sound, borrowing from the genres of  jazz and salsa to reggae and island sounds, mirror the complementary musical influences of its […]

Maps: How Lisa Ritchie followed her songs west and what she found [MUSIC PREVIEW] 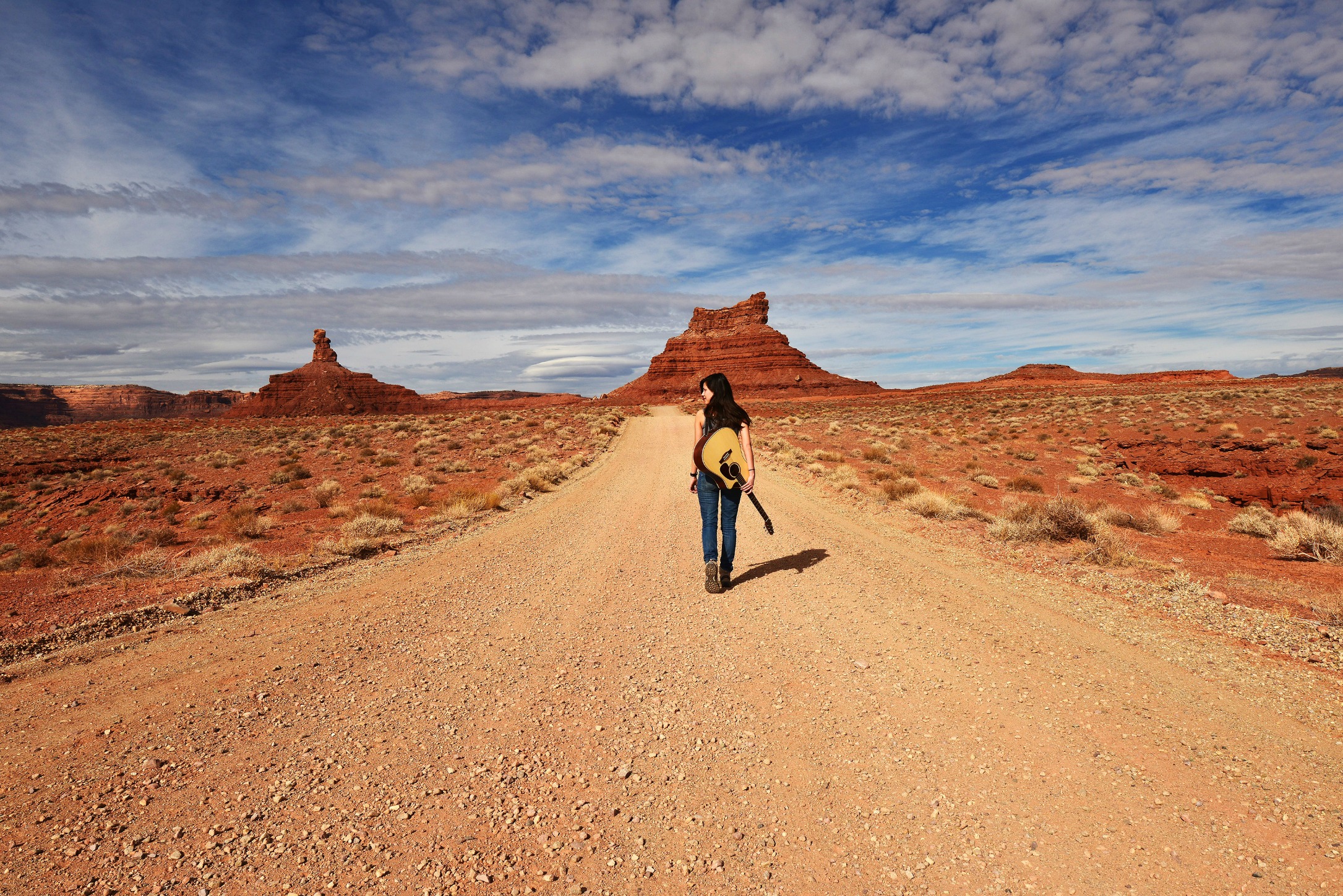 by Mark McDermott  It’s a curious enterprise, the making of songs, and how those songs can sometimes become vessels that take their makers far beyond their known horizons for reasons that even they don’t quite understand. Lisa Ritchie started making songs as a ten-year-old girl in the tiny town of Dexter, Michigan singing quietly in […] 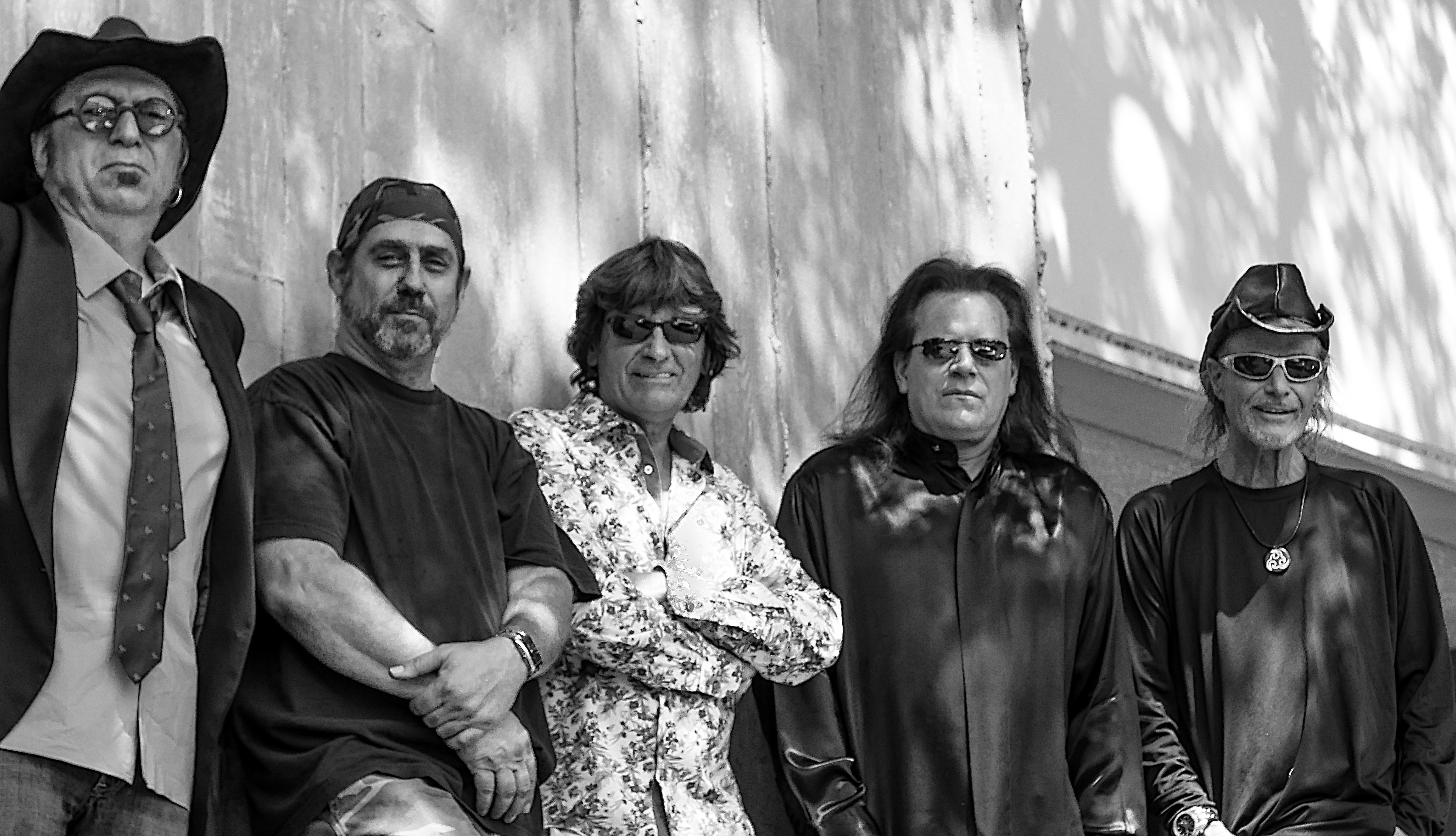 One of the more mundane memories Michael Green, member of the band Iron Butterfly, recollects of Hollywood in the late-1960s happened at the record store, Wallichs Music City, on Sunset Boulevard and Vine Street. “I remember going into the store and spending hours at a time there,” he recalls. “You could pull any record it […]

Sitting in with Old Friends 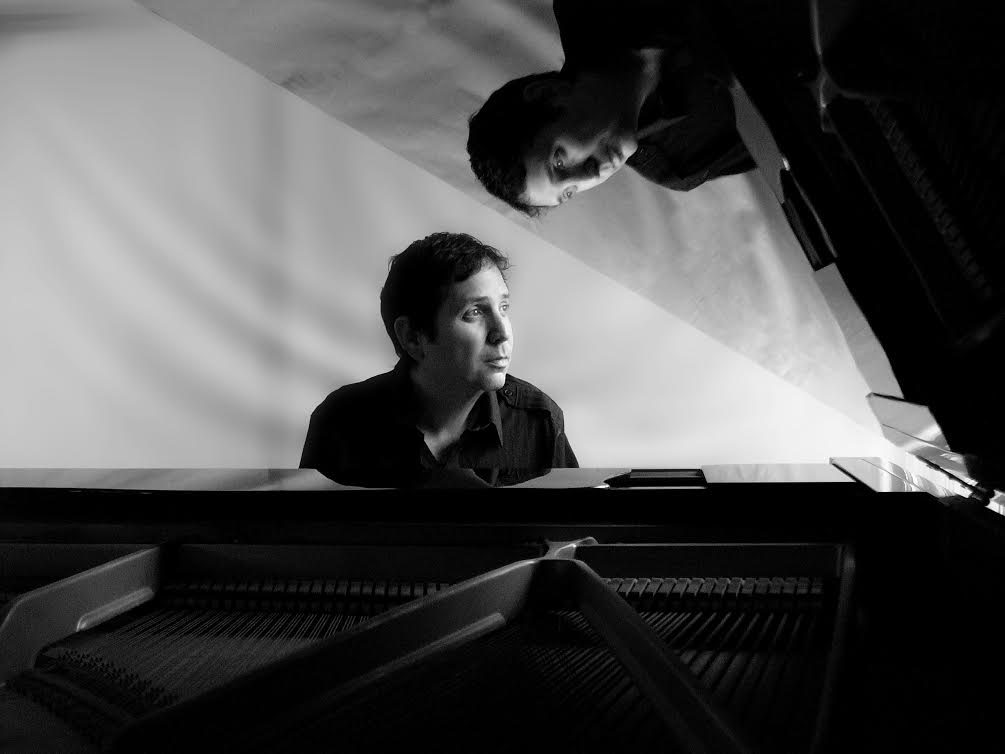 Jazz pianist Bob Mamet plays Saint Rocke on Saturday evening It’s good to have Bob Mamet back in town. The accomplished jazz pianist was born and raised in Chicago, where he returned nearly five years ago after spending 30 years in L.A., with 10 of those here in the South Bay. Happily, he’s missed us, […] 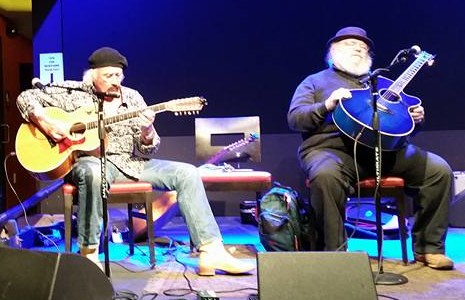 by Whitney Youngs In 1959, fingerstyle guitarist and composer John Fahey founded Takoma Records by pressing 100 copies of an album from a recording at St. Michael’s and All Angels Church in Adelphi, Maryland. Fahey funded the release of “Blind Joe Death” with the saved wages from his gas station attendant job and a loan […]

by Whitney Youngs In the face of new technology, some musicians find their careers lost at sea among the vast expanse of the Internet. With the advent of music-streaming sites like Pandora, Apple Music, Spotify, and Tidal, some artists find navigating the music industry’s uncharted waters daunting. Singer/songwriter Cindy Alexander, however, recognizes the futility in the […] 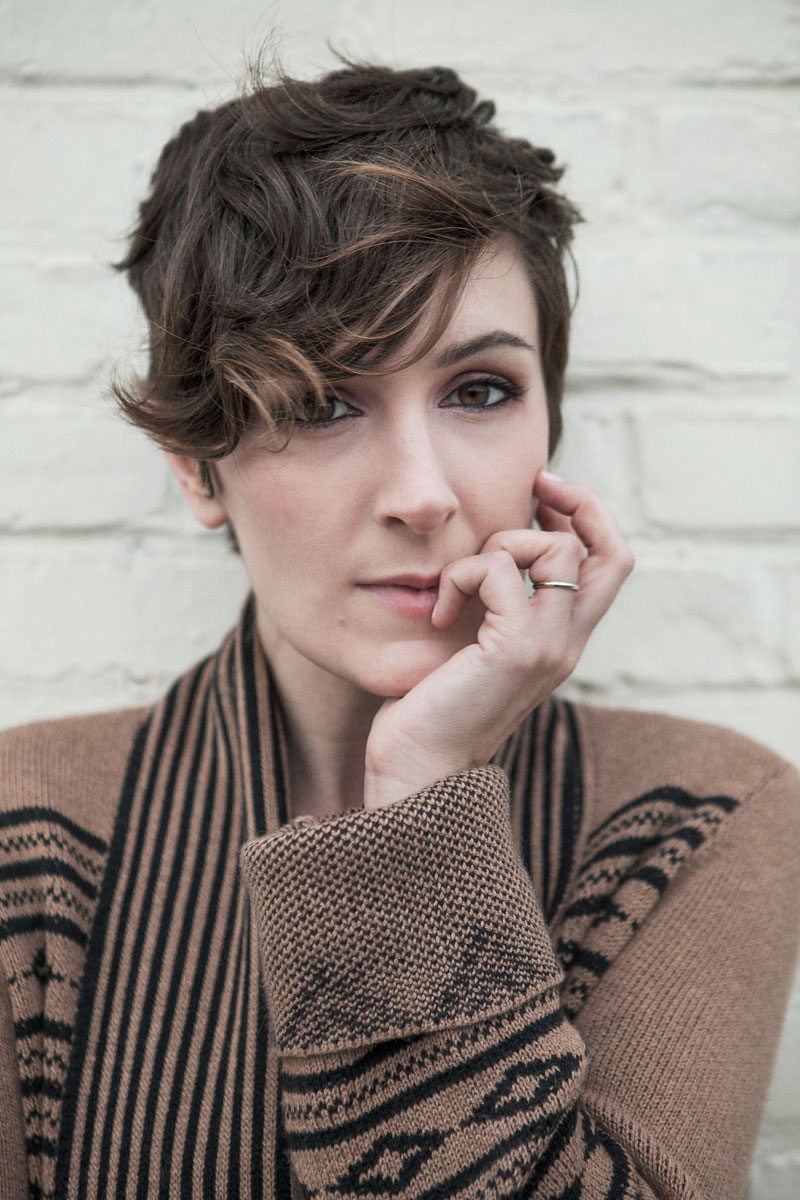 The legendary John McEuen plays Live at the Lounge In 2009, musician John McEuen produced comedian Steve Martin’s “The Crow: New Songs for a Five-String Banjo,” a record that earned the two men a Grammy for Best Bluegrass Album. Students of Garden Grove High School and retail clerks at Disneyland in the 1960s, they shared […]

Time To Come Home: The Southern California Slack Key Festival brings Hawai’i to the mainland through hula and ki ho’alu

by Jennifer Passaro When Kawika Kahiapo sings, it is the depth in his voice you notice first. Not the song. Not the slack key guitar. Not even the ocean playing in the background. Kahiapo’s first notes usher a prayer into the world. This is not an unusual occurrence for a singer/songwriter, but unusual enough in […] 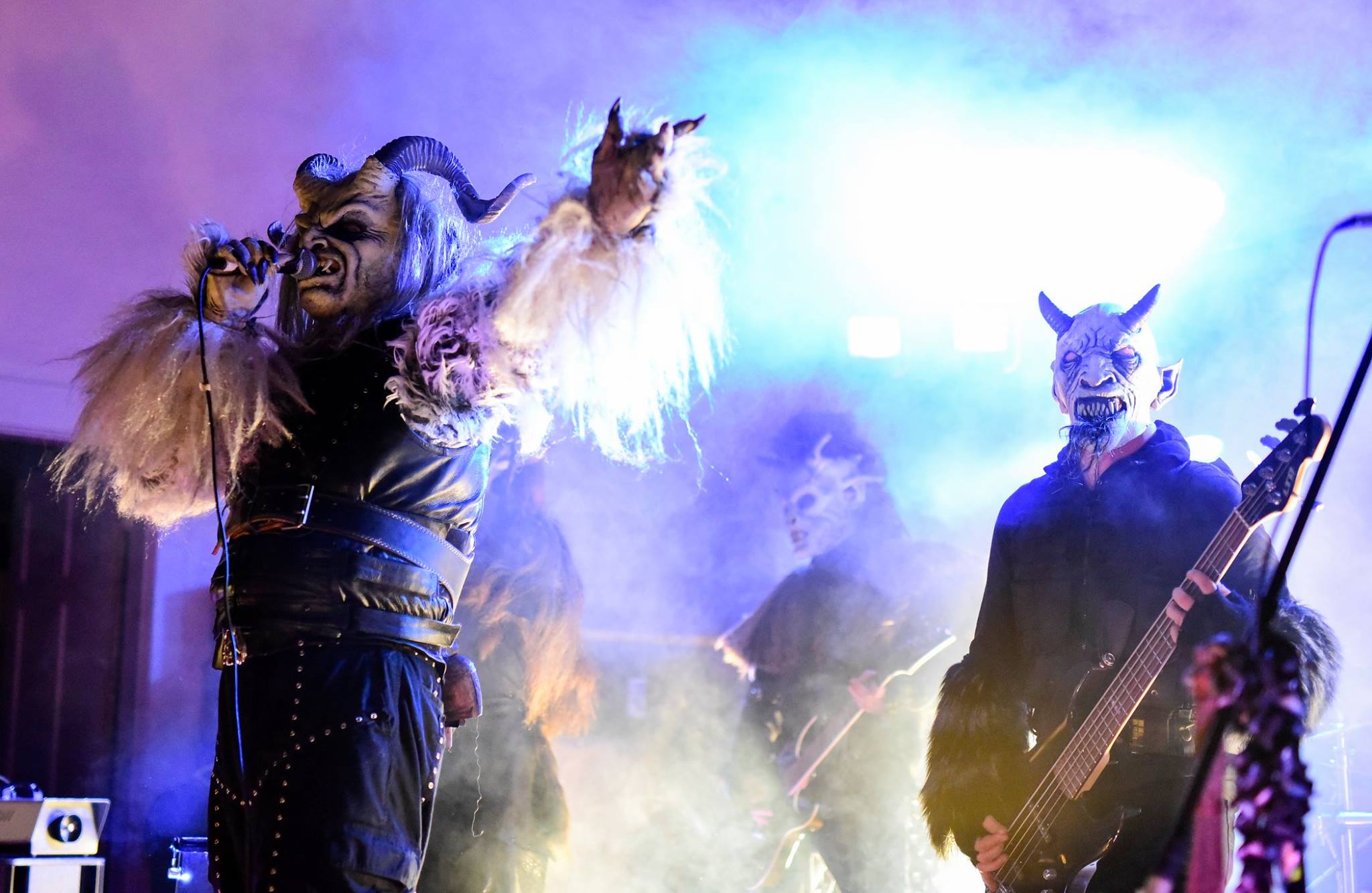 Krammpstein does Rammstein at Alpine Village by Bondo Wyszpolski Saint Nicholas, better known as St. Nick and better still as Santa Claus, knows who’s been naughty or nice, and good children are amply rewarded with train sets or a collector’s edition of Barbie dolls. But what about bad children? More familiar to German-speaking countries than […]