Carlos Vigon: The man who sold the AES Power Plant on a cold call 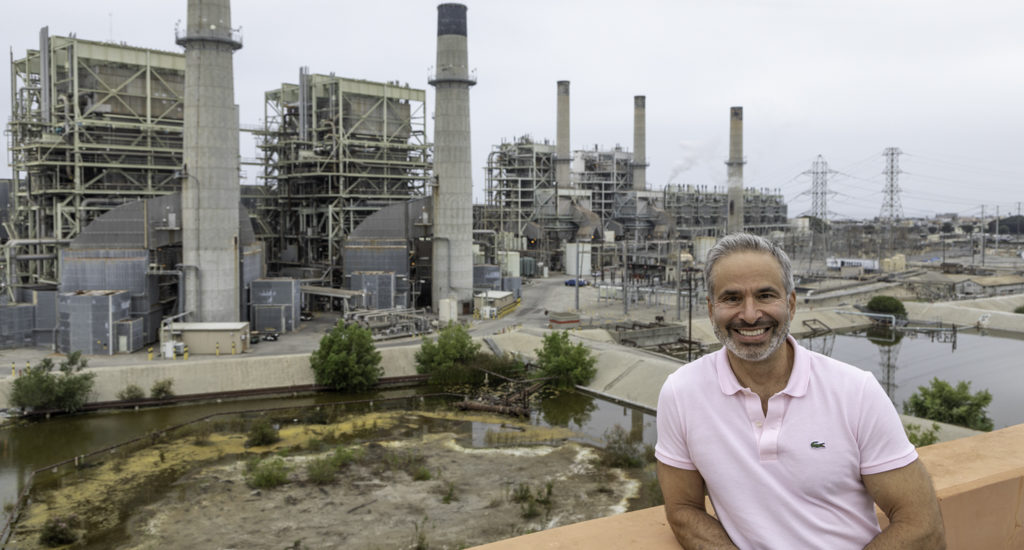 The sale of AES Redondo Beach, one of the largest real estate transactions in South Bay history, began with a cold call.

Buster Sports: Pandemic Play is all about the Benjamins

The Lakers, Clippers, Dodgers, Rams and Chargers — and yes, even the Angels – start their quests for a championship in this strangest of all professional sports seasons. 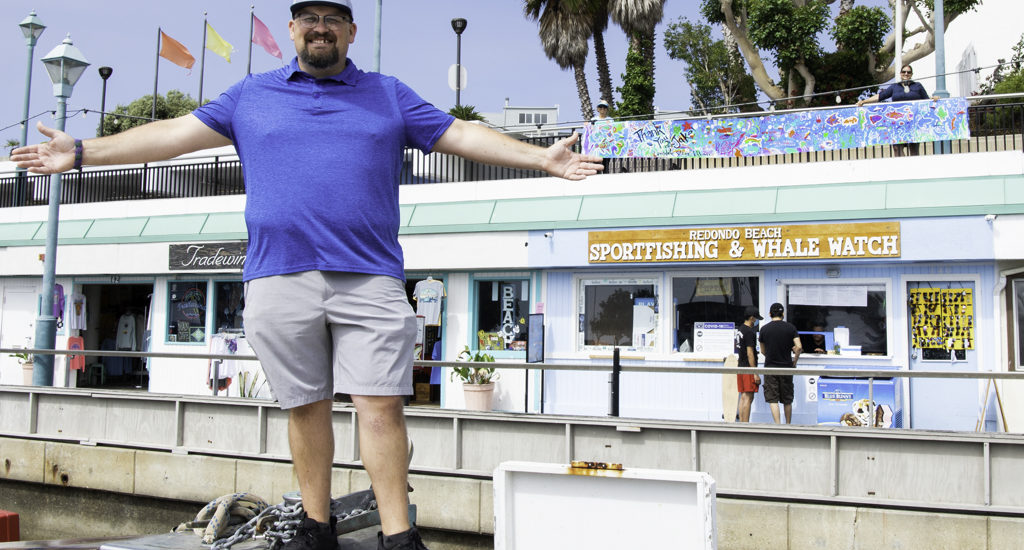 Redondo Sportfishing’s Jake Mark was presented with a mural by Jane Addams Middle School art students in appreciation of marine animal replicas he donated to their arts program. 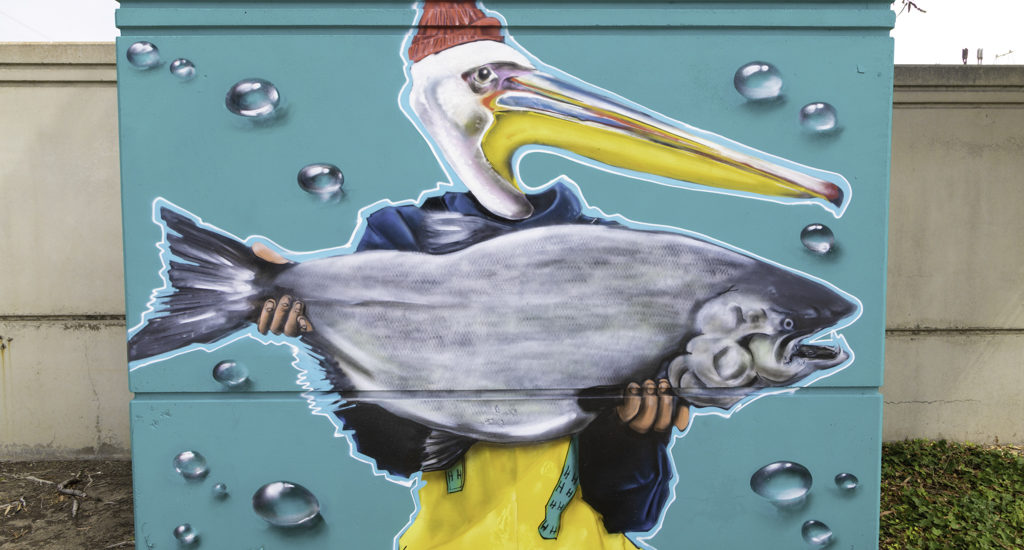 Leo Pustilnikov vowed to paint over the 586-foot long Wyland Whale mural on the AES power. Instead, he unveiled 10 new murals at the power plant this week, with the promise of 30, and maybe 300 more to come. The murals’ brash, urban style suggests a menacing challenge to Wyland’s playful whale.

When should I get tested for COVID-19? What is Close Contact? Answers to these and more questions about COVID-19

By Dan Smith, Beach Cities Health District Q: My friend just tested positive for COVID-19. What should I do now? Dr. Kim: The Centers for Disease Control & Prevention (CDC) recommends that anyone who has been in close contact (see below) with someone who has COVID-19 should quarantine themselves for 14 days. If you begin to experience […] 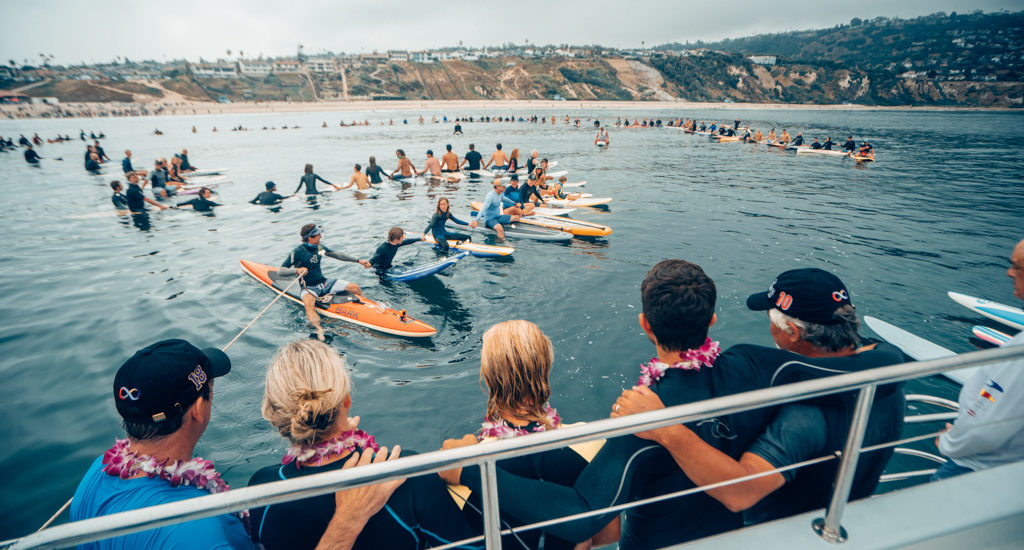 “‘Big E’ was big, strong, and fast, but he always thought of himself as being bigger, stronger, and faster than he really was, which led to many hospital visits for stitches and broken bones.” Family friend Dan Vaughn remembering Redondo Sea Hawk Quarterback Erik Wilson. 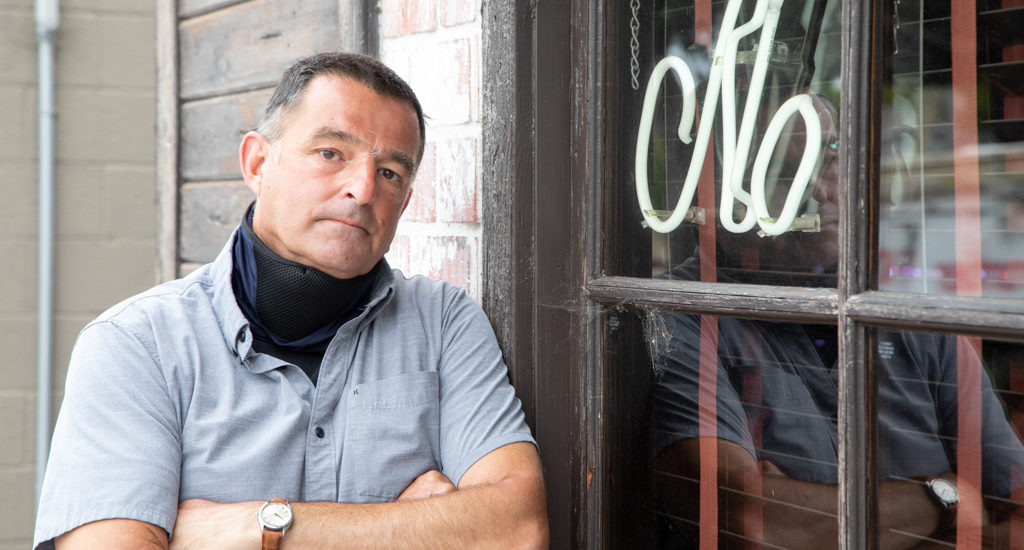 As the Fourth of July draws near each year and the anticipation of the Beach Cities’ fireworks shows increases, Ed Castro prepares for flag-adorned party-goers to flood his New Starboard Attitude on the Redondo Beach pier. He books two live bands, stocks up on Budweiser’s holiday bottles, and schedules his best bartenders to take on the stampede of customers. But not this year. 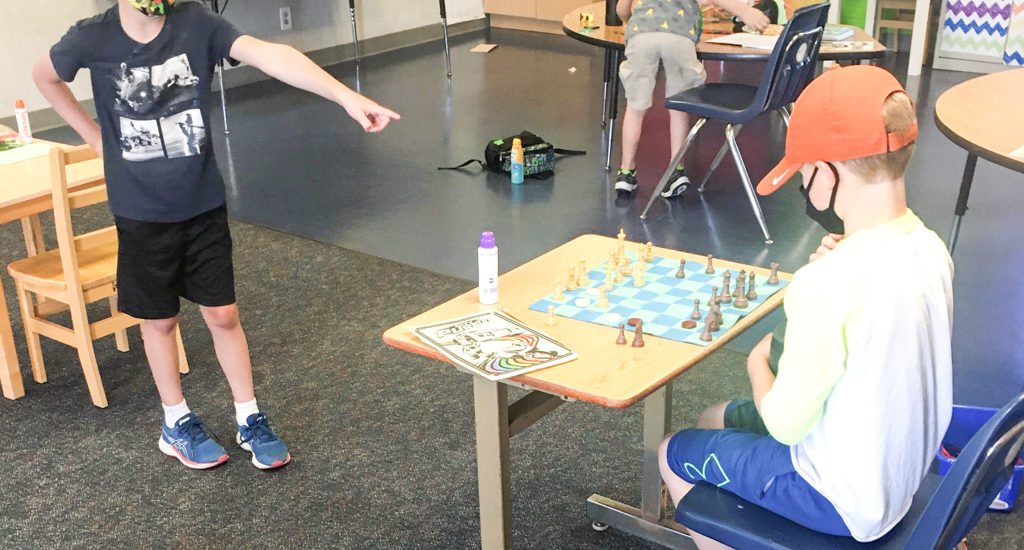 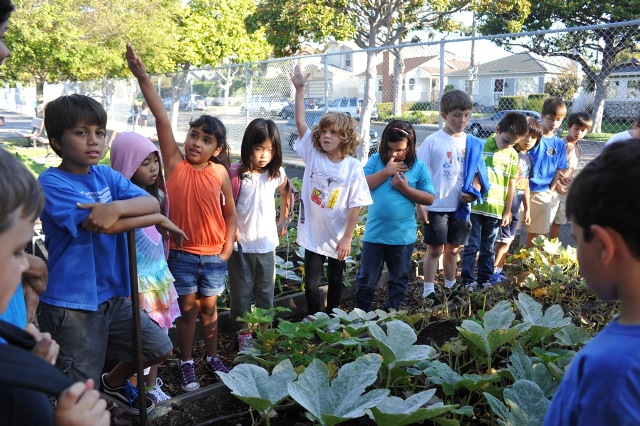 Redondo’s elementary school student obesity rate fell from 20 percent to 6.4 percent between 2007 and 2019, according to a Los Angeles County report. In 2007, The improvement is attributed to Redondo schools implementing the Live Well Kids program, created by the Beach Cities Health District. 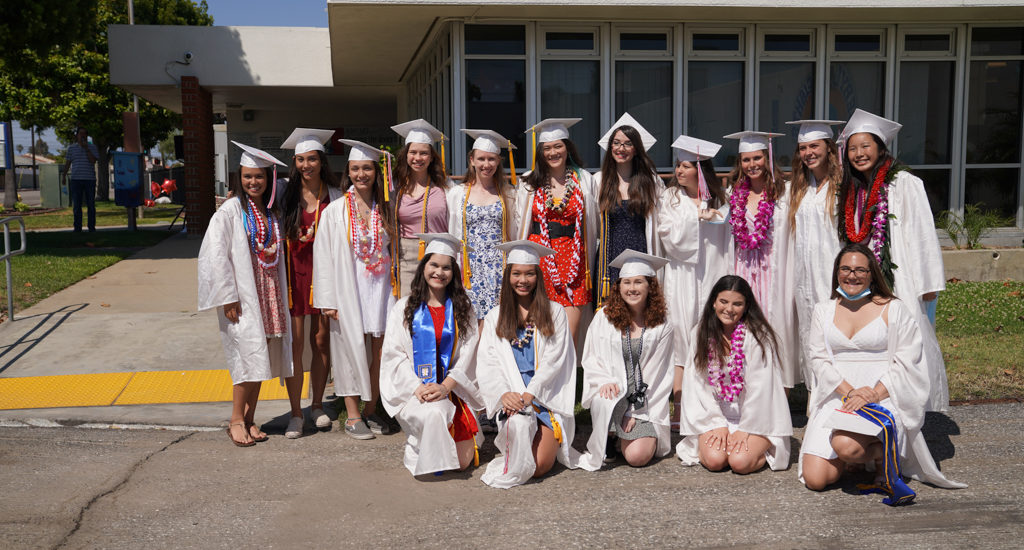 Three and a half weeks before the graduation date that had been set the previous year, Redondo Union High School Principal Jens Brandt and his team faced the daunting reality: for the first time in 113 years, the graduating class of the oldest high school in the South Bay would not be walking at Seahawk Stadium. 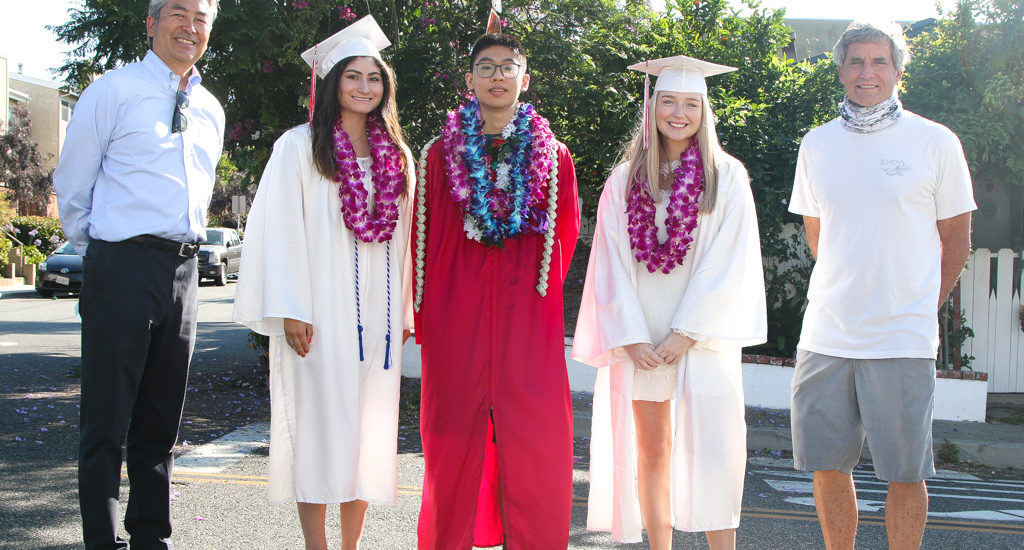 Redondo Beach Child Development classes back in session, but no touching, no sharing 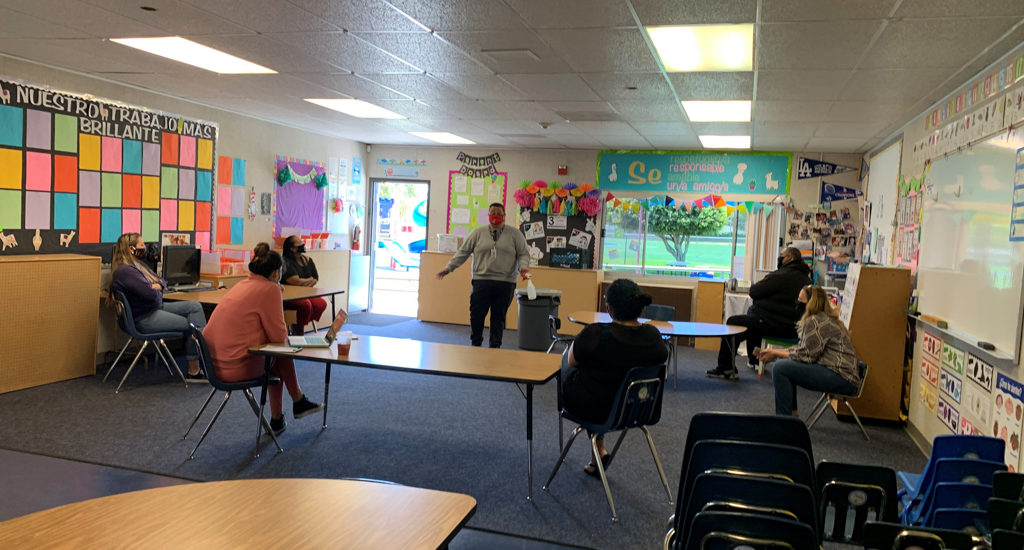 An estimated 160 transitional kindergarten through 5th grade Redondo Beach students returned to the classroom on Thursday, June 11, under distancing guidelines designed to deter the spread of the coronavirus.

Redondo Union High 2020 grads celebrate with leap into the sea 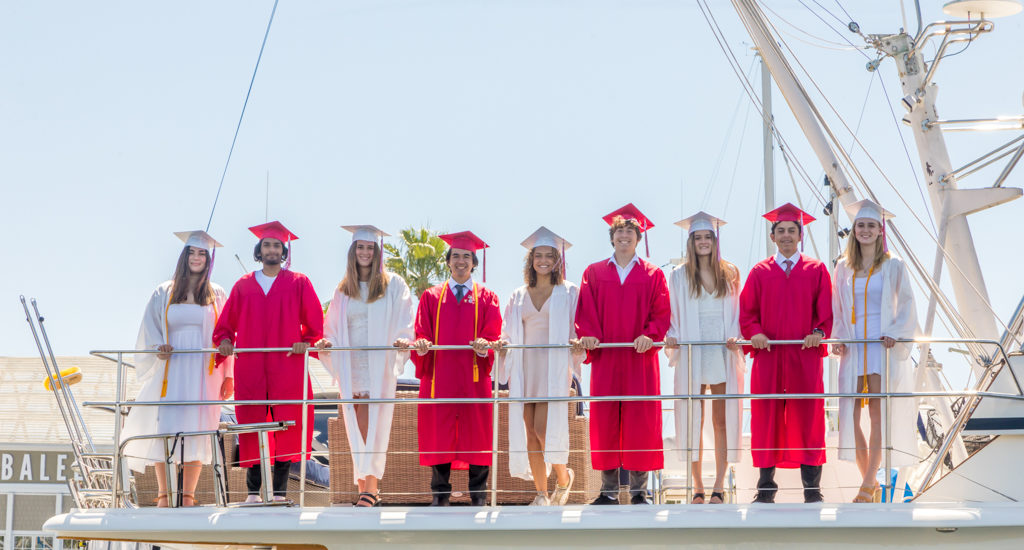 BCHD will discuss the renewed look at the Healthy Living Campus Master Plan, unveiling a concept with fewer residential care for the elderly units, smaller building sizes, less construction time, and a site design that shifts away from homes compared to previous plans.