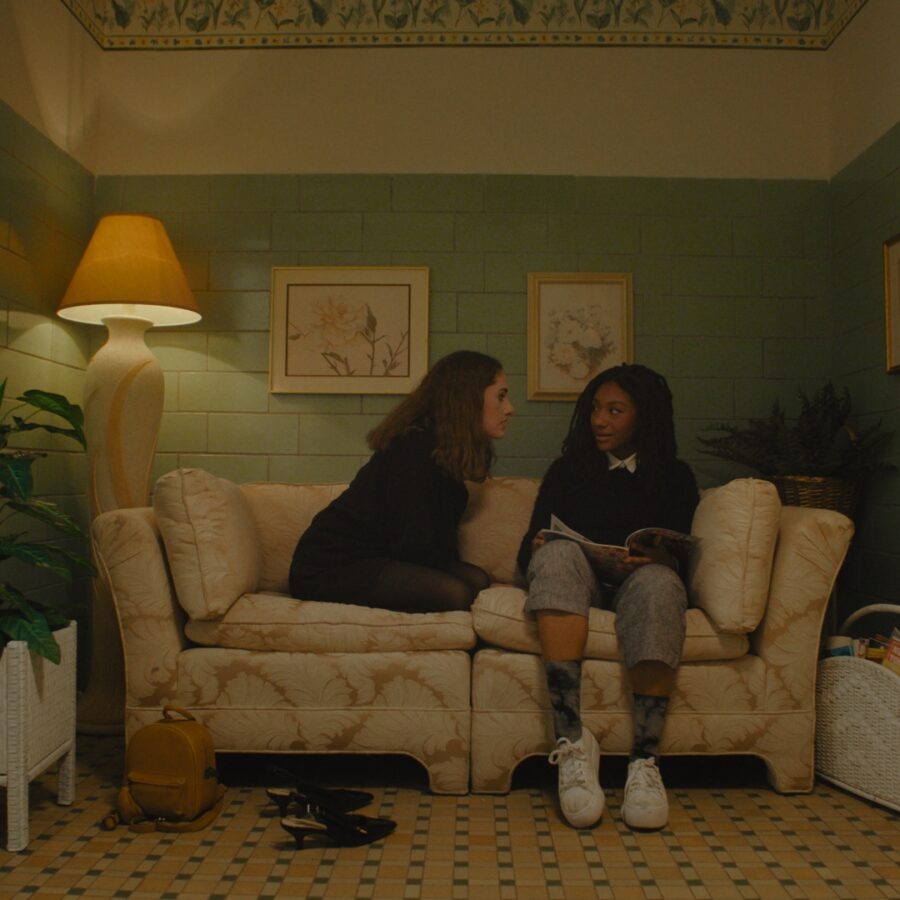 “Tahara,” is the feature film debuts of Olivia Peace, director, and Jess Zeidman, writer, and what an auspicious start it is for both of them. 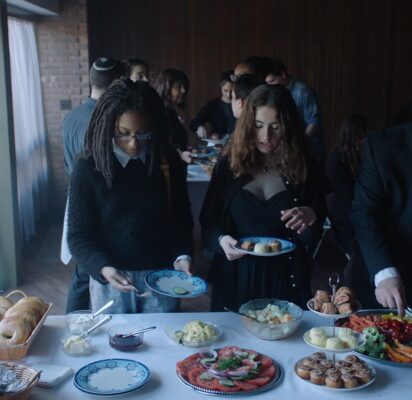 Set in the local temple, the funeral service for teenage suicide victim Samantha is attended by friends, family, and classmates. A special talk-back session is planned for her peers to explore the Jewish concept of grieving. Totally uninvolved is Hannah Rosen whose relationship with Samantha seemed tenuous at best. Hannah is  more interested in scoping out Tristan, the boy of her dreams. Attached at the hip to best friend Carrie, Hannah is gossipy, frivolous, and bored with the proceedings. Carrie tries hard to be supportive of Hannah’s every need but she’s out of her depth. Hannah’s narcissism and irreverence is difficult to comprehend. As Hannah prattles on and on, Carrie finds it harder and harder to find an anchor in their friendship.

The adult leader of the talk-back leads the group in examining their feelings, hoping to elicit empathy and understanding tied to their faith. Most of the students are going through the motions; their attendance dictated by duty rather than feeling for their classmate. The level of disengagement is not encouraging but Hannah’s overt lack of respect for the process is disturbing. She finds herself amusing and irresistible. Focusing incessantly on Tristan, she is unable to see that Carrie is uncomfortable.

Carrie’s level of discomfort increases as she begins to realize how one sided her relationship with Hannah is. Shy, but popular with the boys, Carrie is becoming more and more aware that her sexual feelings are more aroused by Hannah than any of the boys who have shown an interest in her, and that would include Tristan. A shared kiss in the bathroom makes her believe that Hannah may share her feelings. As she wrestles with how next she can or should approach Hannah, she is told something disturbing by one of the other girls in the talk back. Samantha was gay, a not well-disguised secret, and had asked Hannah on a date several weeks before her suicide. Hannah didn’t just turn her down, she ridiculed Samantha and posted publicly about Samantha. This is particularly distressing to Carrie. 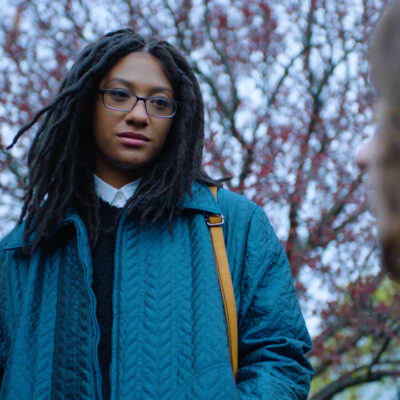 But this film isn’t really about Hannah and her toxicity. The writer and director use this as a platform for Carrie to discover aspects of herself that she had been unable or unwilling to acknowledge. She’s not yet out of the closet but over the course of this one afternoon, she is finally able to see how unidirectional her relationship with Hannah is. Attracted to Hannah sexually, she gradually becomes repulsed when she finally realizes that she has been viewed as a means to an end.

Peace and Zeidman have treated us to a coming of age movie that tracks the superficiality and shifting sands of teen relationships. Carrie is a very complex individual with unresolved issues of self. She had always seen Hannah as an ally and felt exceptionally betrayed to learn that the feelings of support went in only one direction. What do you do when you realize that the girl you liked and loved the best is a shallow mean girl? Over the course of that one afternoon, Carrie musters the courage to find the strength in herself, subtly but surely to untie that relationship.

Peace moves quickly and assuredly through Zeidman’s script, giving us full blown characters illustrating the difficulties of their age and, in Carrie’s case, the hope that it really will get better.

For a film on a shoestring budget, reputedly coming in at $100,000, the casting is absolutely gold standard with Rachel Sennott, a rising comedian and comic actor, playing the verbose, narcissistic Hannah, willing to throw her best friend under a bus if it will get her closer to the boy she likes. Sennott is expert at portraying a destructively and annoyingly banal creature who has no personal insight. Madeline Grey Defreece imbues Carrie with the tentative grace of a young woman on the cusp of self-discovery who is shattered by the realization that she really is out there on her own without the safety net of a bestie who sees her for who she is. The juxtaposition of the two young women is shattering. Tahara, the ritual purification of body in preparation for burial, is an apt metaphor for Carrie who, in burying her friendship with Hannah, undergoes her own purification.