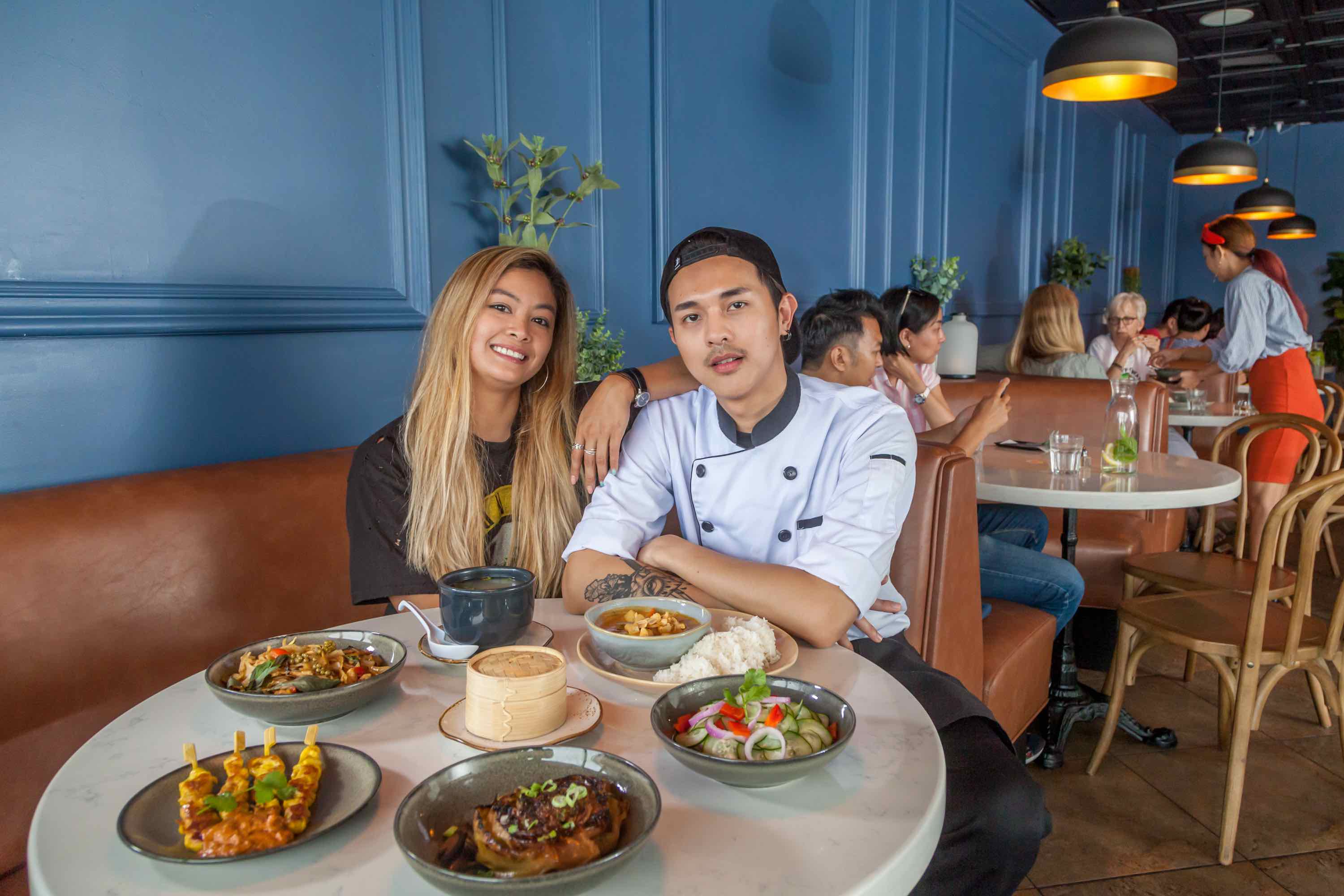 Years ago, I took a trip to Thailand, spending time in several regions and sampling food from street stalls, upmarket restaurants, private homes, and everything in between. After two delightful weeks I arrived home and my family asked what I’d like for dinner, expecting that I’d have the Mexican food craving that usually sets in any time I’m somewhere that I can’t get it. Surprisingly, my first thought was that I’d like more Thai food, because I wanted to see how the local places were different while the memory of a Bangkok bistro was still fresh in my mind.

I really don’t get tired of Thai food, and will happily visit any new place in the neighborhood to see what version of that wonderful cuisine they focus upon. In the case of Jetta Thai, which opened in El Segundo last year, that took some time to figure out. They opened with a small menu and the promise of a more expansive one featuring only authentic Thai food. (What authentic means in this context is open to interpretation, because like everywhere else in the world there has been cultural mixing in the last few decades.) The menu has expanded, though it still is relatively small compared to other places in the South Bay. The classic dishes like Pad Thai and garlic pepper chicken are there, as are a few items I haven’t seen anywhere else. There are also oddities like Chicken Teriyaki, which is presumably there in case someone at the table doesn’t like Thai food.

Over several visits I’ve found the the milder items to be the most effective. Among these was a starter I haven’t seen anywhere else called Grandma’s Cabbage. It is composed of grilled shiitake mushrooms with garlic and mushroom soy sauce. 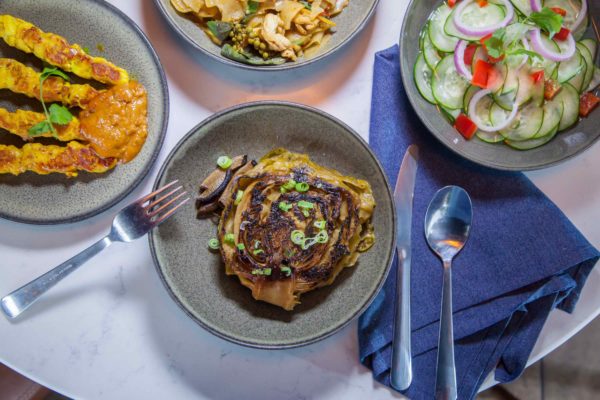 Unlike most items in a Thai restaurant, it’s not a stir-fry — the cabbage is quartered and braised in the sweet, slightly funky soy sauce with garlic, and plump chunks of mushroom are laid alongside it. There isn’t even a hint of the chili, citrus, or the sour tang that is in most Thai food, so it doesn’t look or taste like anything else I’ve been served in a Thai restaurant. Taken on its own merits, though, it’s excellent.

Another starter we tried on that visit was buttery roti flatbread served with green curry dipping sauce, an item often served at breakfast in Thailand. We had asked for this mild because one person at the table is not a fan of spicy heat, but were surprised when the curry tasted more of coconut milk than anything else. The bowl of chicken larb that we tried was also slightly under-seasoned, and it had very little of the crispy rice powder that gives this dish some of its distinctive texture. It’s possible that the restaurant was trying to accommodate the request for things to be mild and went a bit too far, but both were missing some of the character that makes Thai food so interesting.

On a second visit we tried two other starters, fried soft shell crab and a papaya salad that we requested medium. The soft-shell crab was the simple battered and fried seafood we expected but was improved by the presence of deep-fried enoki mushrooms on the plate. These spindly fungi have a mild flavor and they sensibly didn’t season them much so you could enjoy the crunchy clusters just as they were. The papaya salad that arrived with it was powerfully spicy despite being ordered medium, and though I like things ‘Thai hot’ they were far too spicy for my companion. When I called this to our server’s attention, she apologized but did not offer to bring a milder one.

Among the mains we tried were pad Thai, yellow curry chicken, sweet and sour crispy chicken, and glass noodles with shrimp, soy sauce, sesame, ginger, and celery. The pad Thai was very mild, with just a whisper of sourness from the tamarind sauce, and it seemed like a flavor was missing, though I couldn’t identify what it was. A squeeze of lime greatly improved it, but it wasn’t zesty even with that added. The yellow curry chicken had been ordered mild but this time they got the balance right so that it wasn’t overly hot but had several layers of flavor to enjoy, and I’d have that again.

We had ordered the sweet and sour chicken at our server’s suggestion and were surprised to receive a perfect rendition of the Cantonese restaurant favorite. We had expected at least some of the more assertive Thai flavors, so found this a disappointment despite the fact that it was fine when considered as Chinese food. The star of the main courses was the glass noodle item, in which shrimp, bok choy, and mushrooms were nicely accented by the soy-sesame sauce and big slivers of ginger. It was assertive and fragrant enough that I enjoyed it but with only a mild pepper character so that my dining companion liked it too. Those who think of Thai food as unpalatable for those who don’t like chillies will find this a dish that might change their mind.

Jetta has a short but interesting wine list that offers boutique selections. They’re well chosen for the cuisine, but it would be interesting to know how many bottles of Sancerre they sell at $78 each. Most people pair Thai food with beer, and they have Singha and allow beers to be brought in. Since they’re across the street from El Segundo Brewing, there is probably a lot of traffic going in both directions – I know I’ve seen Thai food takeout in the brewery.

They also have desserts, and we decided to try the chocolate butter roti bread just to see what it was. It turned out to be standard roti with a drizzle of sweet chocolate over a dollop of condensed milk, and since roti is basically a flaky, buttery pastry it worked similar to a European pastry. I’d probably try the more Thai fried banana with coconut ice cream next time, but it was a fun experience.

The meals at Jetta are on the high side for the relatively small portion sizes. Dinner for two with no leftovers, drinking only water, ran $62. Their slightly unusual version of Thai cuisine has its moments, and it will be interesting to see how this place develops.