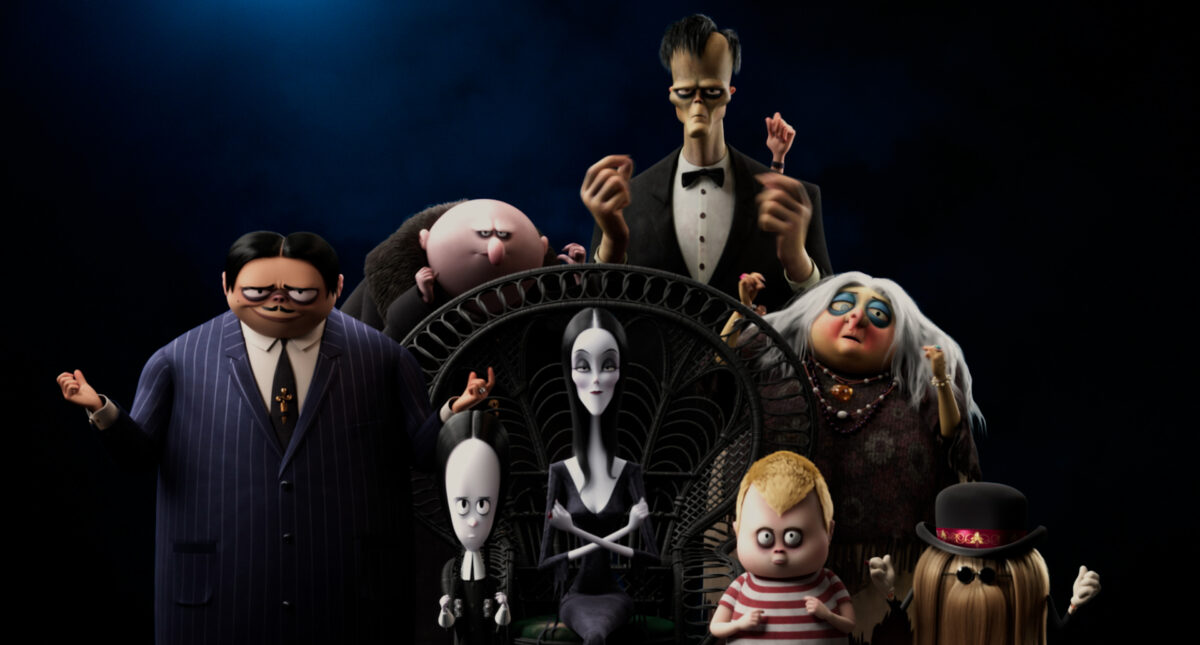 In an act of mercy, no mention shall be made of the creative team behind this ill conceived poorly executed animated film. Clearly the adults behind this hodgepodge are too far removed from meaningful childhood to remember that even toddlers like a story with a clear plotline and action that makes sense. Did it really take 4 writers to come up with this script? Poor Charles Addams. If he weren’t long dead, this would have killed him.

The humor is heavily laden with bathroom humor, primarily of the Uncle Fester variety, puns (even Wednesday signals this as the lowest form of humor, but this film proves that there may be others that chart at the bottom as well), and sight gags of the obvious variety.

Briefly, and this film was not brief, Wednesday is undergoing an identity crisis. Her outstanding science fair project, inserting the superior intellect of her pet octopus Socrates into the moronic brain of her Uncle Fester, should have won. But in a show of “everyone is a winner,” all the participants get medals, including the boy with the mundane and poorly executed baking soda volcano.

Convinced that she is not really a biological member of this family, she is in a funk. Even devising ways to torture Pugsley give her no pleasure. When the representative of a man who believes that Wednesday is his biological daughter appears, Gomez bundles the family together and they set off on a cross country adventure, hell bent on avoiding the persistent little man demanding that Wednesday take a DNA test. There may actually be truth to the mystery man’s assertion.

Full of brightly colored monsters, bizarre plants, big-headed bad guys, and sight gags, the Addams family make their way from the East to the West until Wednesday, now aware of the possibility that she is the long lost daughter of someone else, sets out on her own to find him.

Certainly, I am not the demographic for which this film was made, but then neither is the average first grader. There is definitely a lot of color bursts and swirling objects for those with a limited attention span. But the longwinded way in which they go from point A to point B and back to point A is either going to annoy or bore most young children, all of whom are much more sophisticated in their thinking and appreciation for good stories and animation than this production staff gives them credit for.

The famous actors voicing the parts are nothing special. Oscar Isaac does a good imitation of Raul Julia, the first movie Gomez; Charlize Theron is a flat Morticia; Chloë Grace Moretz is a convincingly annoyed Wednesday; Snoop Dogg is a puzzling Cousin It; Nick Kroll does convincing toilet jokes as Uncle Fester; Javon “Wanna” Walton has the moronic Pugsley down; and Bette Midler must have felt that Grandma was a refugee from Eastern Europe because she has infused her character with an incomprehensible and poorly executed accent. In a film that made very little sense, this is at the top of the list for non-sequiturs. 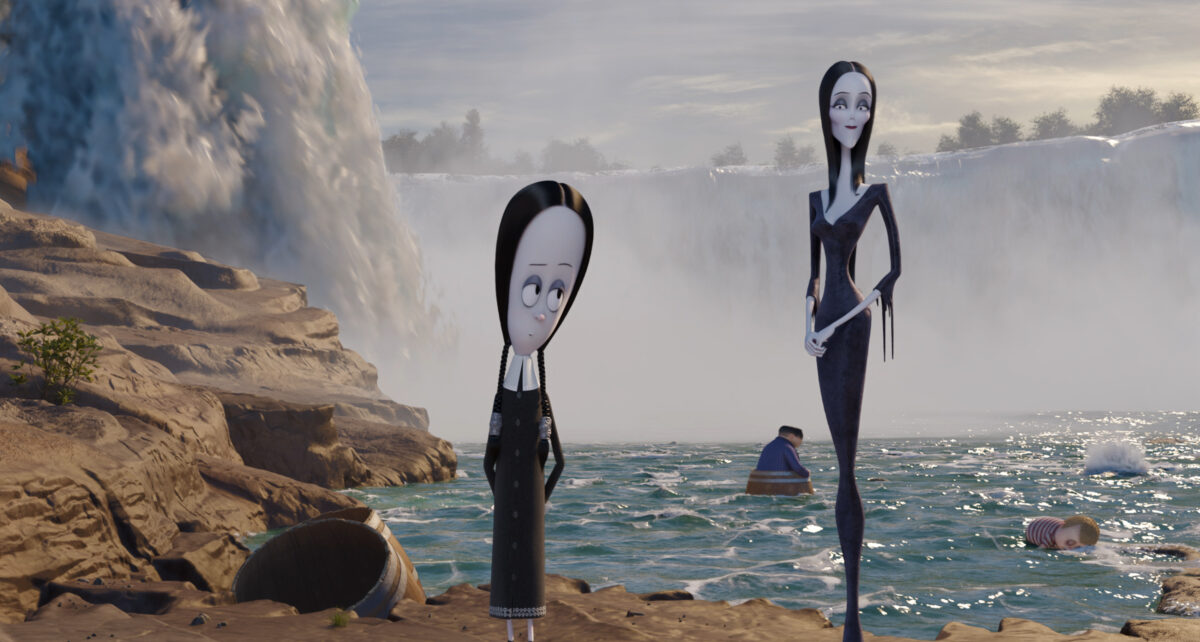 Some of this criticism might be more forgivable if the animation were better. In the school of the “Minions” franchise by Illumination Studios (the head of Cinesite previously worked at but did not lead Illumination), big heads preside. What is particularly disturbing in the animation of “The Addams Family 2” is that the various girls (and women) and even most of boys (and men) populating this universe is the preponderance of anorexic body shapes, something that is not usually seen in Pixar films or Pixar-like franchises like “Despicable Me.” The only girl character in “The Addams Family 2” who is not bone thin and wasp-waisted is the piggy-girl equivalent to Pugsley near the end of the film. Yes, I know it’s a cartoon but I also know that mirroring that kind of body image at a young age is very dangerous. Has no one learned from the example of Barbie and her huge boobs, tiny waist, and long legs?

I’m not actually looking for an animated film that will speak to me, although truth be told, Pixar gets that right almost every time and so does Illumination, the studio of “Minions” and “Despicable Me.” I’m looking for a fun cohesive story, credible or not, and great production values. “The Addams Family 2” fails on all counts.

Opening Friday October 1 at the Regal LA Live, Alamo Drafthouse Downtown, the Universal Cinema AMC at CityWalk, and others as well as  on PVOD.