“The Auschwitz Report” – To ignore is to repeat [MOVIE REVIEW] 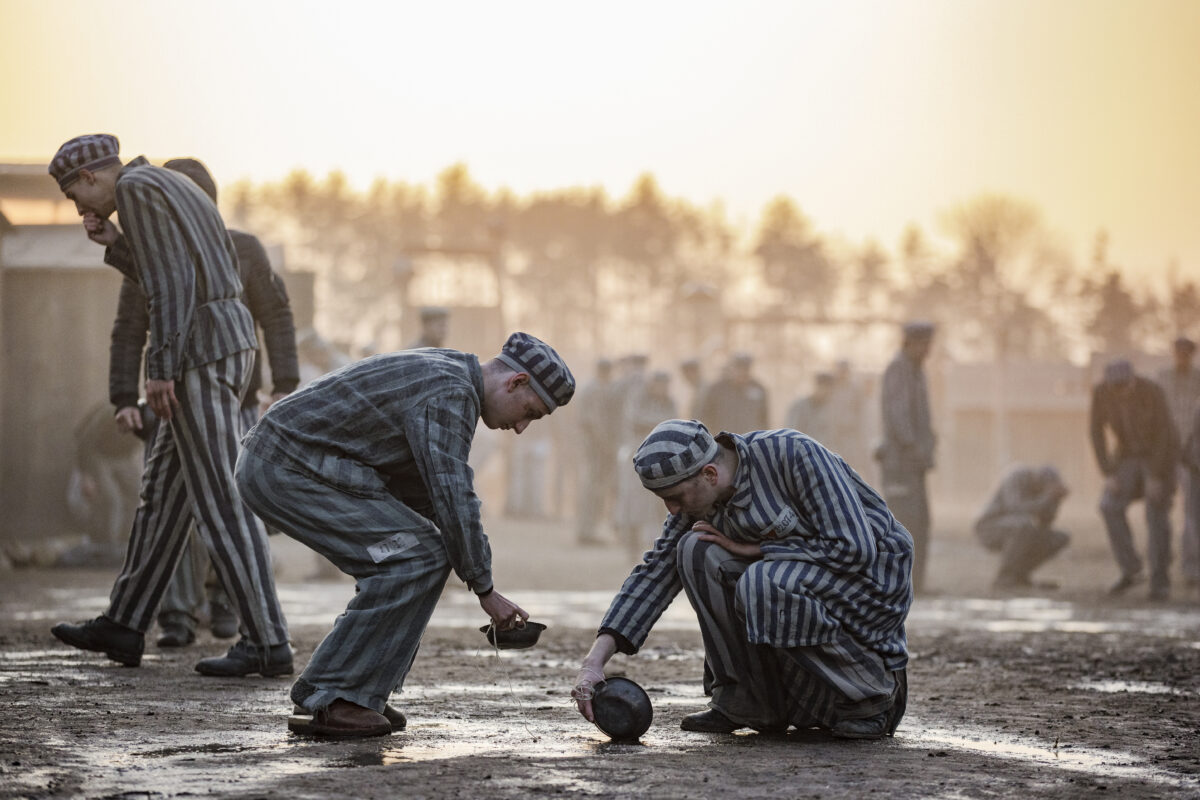 Prisoners at the Auschwitz-Birkenau concentration camp in "The Auschwitz Report." Photo courtesy of DNA Productions. Prisoners at the Auschwitz-Birkenau concentration camp in “The Auschwitz Report.” Photo courtesy of DNA Productions.

Opening on Santayana’s famous quote: “Those who do not learn from history are condemned to repeat it,” director Peter Bebjak tells a story of horror and bravery that is now all too familiar. The setting is April 1944 at the Auschwitz-Birkenau concentration camp in Poland close to the border of Czechoslovakia (now divided into the countries of the Czech Republic and Slovakia) and a group of prisoners has been keeping written records of the deaths at the camp. Two of the Slovakian Jewish prisoners, Valér and Freddy, have decided on a daring plan—escape from the camp and get their “Auschwitz Report” into the hands of the Allies. The plan itself is quite audacious and is carried out under the German guards’ noses with the help of and at the expense of the lives of their fellow prisoners.

The story is a good one and telling any more of the post-escape adventure would spoil the better aspects of the narrative. When I say “better” it is because, with the exception of the last ten or so minutes of the film, Bebjak and his fellow writers Tomás Bombik and Jozef Paštéka, working from Alfréd Wetzler’s book Escape from Hell, have created a rather mundane tale. Interestingly, the flattening of the narrative is not in the writing itself but in the presentation. In all the Holocaust and World War II prison camp movies I’ve seen, and believe me there have been quite a few, this is the first time I’ve experienced a camp where everything looks clean and orderly. The Nazi officers seem relatively subdued even when beating a prisoner to death. Attempts by the makeup and costume departments to make these relatively healthy-looking men appear gaunt and frail is that dab of kohl under the eyes and on the cheeks and a few well-placed rips in the striped prison uniforms. It is a prison camp as Hollywood might have portrayed it if they were worried about insulting someone with reality. And that is unfair because it is Hollywood that produced “Stalag 17” and “Schindler’s List” with unflinching eyes. Even when our intrepid heroes are crawling through mud, the mud seems straight out of jars slathered on the studio floor. Camera angles as the escapees make their way through the woods are deliberately, stylistically, and artificially angled to try to simulate a chaotic run, instead coming off as false. Noel Czuczor as Freddy and Peter Ondrejicka as Valér in “The Auschwitz Report.” Photo courtesy of DNA Productions.

Nevertheless, Bebjak is able to pull this somewhat well-scrubbed narrative out of the spa when Freddy and Valér are finally able to meet with someone who they think will listen. And it is this last 10 or so minutes that make slogging through the artificial sludge worthwhile.

“The Auschwitz Report” is based on the true story of Alfred Wetzler (Escape from Hell) and Walter Rosenberg (aka Rudolf Vrba). The director was driven to make this film because of the return to right wing nationalism in his country, Slovakia, and much of the rest of Europe. Ending the movie with modern day speeches espousing anti-minority and anti-Semitic rhetoric echoing that of the Nazis is a fitting punctuation to the opening quote.

In Slovakian with English subtitles.