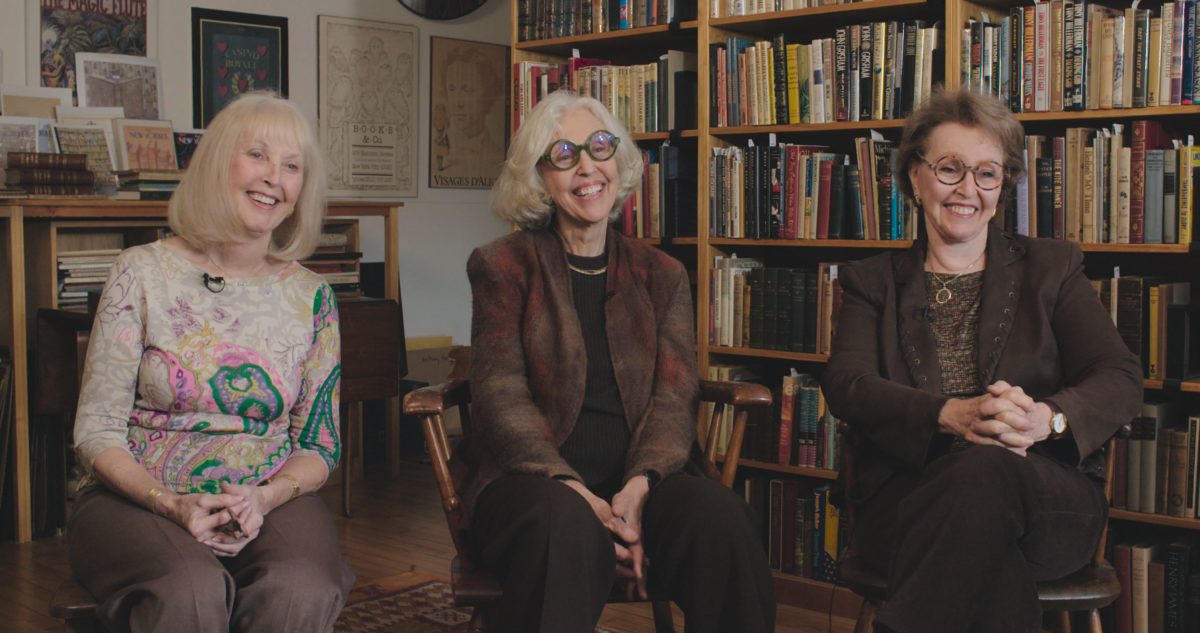 (Left to right) Sisters Adina Cohen, Judith Lowry and Naomi Hample, owners of the Argosy Book Store, at the store on East 59th Street in Manhattan, in The Booksellers, directed by D.W. Young. Courtesy of Greenwich Entertainment.

D.W. Young set out to pay homage to the magical world of books and those who revere them in “The Booksellers.” Opening on the 2018 New York International Antiquarian Book Fair, Young profiles various book dealers who inhabit that world, as well as some of the collectors who frequent their stalls. I would say “profiles” them but in order to use that word, he would have had to identifiy them.

Somewhat informative and trying, though not succeeding in being lyrical, Young’s interviews paint either the imminent demise of the business by the aging or the continued hope as the young seem to pivot to the tangible world of the still existent book.

Young rarely, if ever, lets the viewer know who the pundit is, whether expert or dilettante. Unidentified talking heads included Gay Talese, Fran Liebowitz, and Susan Orlean. It would have been helpful to have known who the booksellers were. If you could put together various clues, and that’s working really hard even for someone like me who knows the field, you would have understood that Nicholas Lowry was the auctioneer at Swann Galleries, but you wouldn’t have known his name, nor that he is the third generation to run the gallery. The same was true of Bibi Mohamed, the dealer in beautiful leather bound books; or Jim Cummins, a preeminent bookseller with a massive inventory; or Stephen Massey, the founder of Christie’s New York book department. I know those names now because I had access to the production notes.

Prominent among the booksellers is the young woman who inherited the formidable shop called Strand Books near Union Square in Manhattan. The Strand was part of “Book Row” that used to house almost 50 book stores. Now there is only one other. Whether it is rent increases, death of the owners, the internet, or lack of interest, the number of antiquarian bookstores has decreased from almost 400 in 1950 to just under 80 today.

It’s nice to finally know that the unidentified, but obviously very important dealer who posed with his client and the Obamas was William Reese. And I would have loved to have known that the self-important man sitting inside the Walker Library of the History of Human Imagination, an extraordinarily beautiful and comprehensive collection, was Jay Walker the founder of Priceline.com.

Young does, at least, give us an insight into Adina Cohen, Naomi Hample, and Judith Lowry, the three sisters who inherited the Argosy Book Store from their father and who wanted nothing more than to live in that world. But there were only passing glances at individuals and collections that deserved so much more, including an unidentified Kevin Young, director of the Schomburg Center for Research in Black Culture who is on and off as fast as you can say James Baldwin. It’s actually a research division of the New York Public Library located in Harlem. Or how about Ed Maggs whose family has owned Maggs Books in London since 1853? 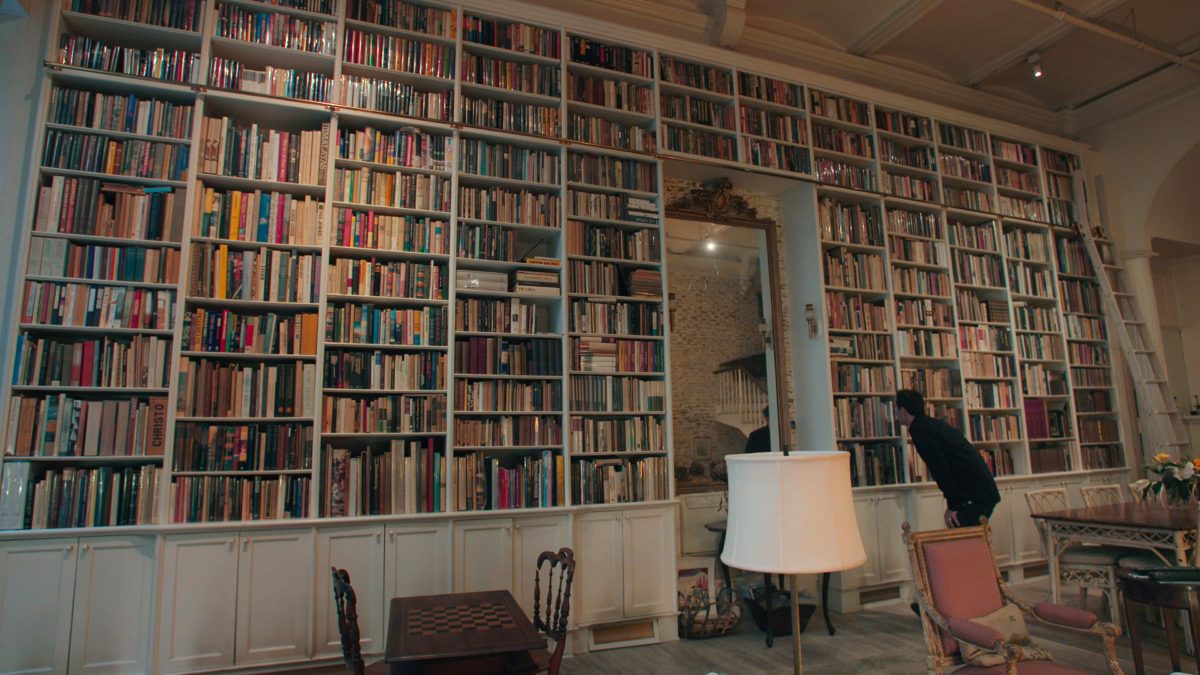 Rare book dealer Adam Weinberger appraising books at a residence in Manhattan, in The Booksellers, directed by D.W. Young. Courtesy of Greenwich Entertainment.

Booksellers and collectors are a passionate breed. It’s not just the printed word they love, but the hunt of a rarity. But, much like a person browsing the stacks, the bookseller was looking for something that others had missed. As mentioned in the film, for a bookseller visiting estate sales or rural shops, they rarely seek something specific, but rather something overlooked. What is it? They’ll know when they see it.

Bookstores are disappearing for myriad reasons, but other booksellers survive. The internet has made it more difficult for them, especially in modern first editions, as now there are multiples of items available at varying prices. This has made it more accessible to the lower and midlevel collector. Like many businesses, the book trade is undergoing a Darwinian moment. The unique item will always find a buyer willing to pay top price. For the most part, it is the buyer that sets the price on the ordinary, and the seller sets the price on the extraordinary. While the film illustrates the despair of the older generation, it also highlights the hope of the younger.

“The Booksellers” is the intellectual equivalent to fast food. It seems satisfying while playing but leaves one hungry for the substance that should have been there. What a pity since the fix would have been so simple.