The continuing adventures of Katie Costello 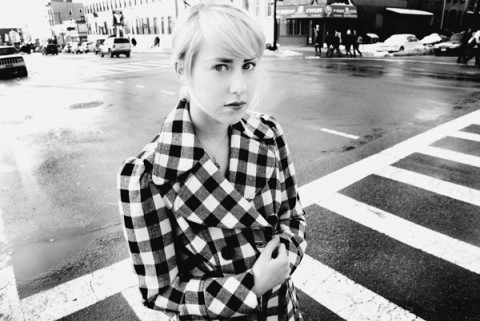 When she looks back on it, Katie Costello is pretty sure she was out of her mind.

She was 17 and – at least technically speaking – a senior at Mira Costa High School. But in the waning days of 2008, she found herself – of her own admittedly odd volition – alone in New York City.

She’d moved to the city in order to sing. Like generations of songwriters before her, Costello felt almost mystically drawn to New York. But even Bob Dylan had graduated from high school before his own mythical journey to the Big Apple. He was a wizened 19 at the time.

“I look back on that and I’m almost like what the hell was I thinking?” Costello said in an interview this week. “Oh my god, Jesus, I was a child! My parents let me move across the country? How could they? I don’t understand. But in all sincerity, I look back on it and it was the best goddamned thing I ever did. I mean, I couldn’t be happier with the way everything has developed, and is continuing to develop, really.”

Costello is a Hermosa native whose debut album Kaleidoscope Machine was penned mainly in her bedroom from the ages of 14 to 16 and contains at least one song (“Isn’t It Lovely”) that will almost surely still be listened to a century from now. The album, also released in late 2008, created a stir in the musical underground and songs were placed on television shows such as One Tree Hill and 90210.

It was an astonishing and thoroughly promising beginning. All the same, when Costello arrived in New York, she often felt utterly lost. There is no training guide or established career path for a young musician.

“When I started all this, I felt – to avoid sounding self-important – I felt like one-of-a-kind, but not in a good way,” she said. “Really, one-of-a-kind in a confusing, odd, and upsetting way. I don’t know, do people do this? Am I supposed to do this? How do you do this job? I don’t get it; it doesn’t make sense to me. In these last six months, I feel I really know the answer to that question and I feel surrounded by people who get it too and are doing it too and are in it for the same reasons. It really is the most explosively awesome feeling ever. At the risk of sounding overzealous, I am totally overzealous.”

The answer is yes, it can be done, with a little help from your friends. Costello has become part of the burgeoning musical community at the Rockwood Music Hall. Young songwriters from all over the country – and the world – have congregated around this hub. Together, they are figuring out how to make it work in the post-music industry music industry, a time when record deals are no longer a staple and navigating social networks is almost as important as booking a tour.

Costello, who plays Live at the Lounge this Friday night with two of her musical compatriots from the Rockwood scene, Ian Axel and Greg Holden, has found her musical home.

“It is quite possibly the best venue I’ve ever experienced or been part of or been to,” she said. “It’s essentially a new musical community that essentially lives there. Everybody is there kind of every day of the week. And everybody plays and loves each other’s stuff. When I talk about it, it sounds too good to be true – it’s just the most supportive and awesome thing I could ever imagine. I am in complete heaven. I am just completely thrilled.”

Costello is also finishing up a new album, called Lamplight, scheduled for release early this summer. Her new songs show a new level of self-assurance, but with that same sweetly world-wise and surpassingly lovely take on the world that made Kaleidoscope Machine such a revelation. She’s written a love song, “Out of Our Minds” that doubles as an anthem to the embraced mutual oddities two people can share (even when they have yet to meet). The song, a duet with Holden, has a lilting, springy melody that sweeps you along and would be a radio hit if such a thing still existed. Her song “Fading Lately” is a weary tune (“I don’t know who I’ve been, lately…”) that somehow manages to still impart comfort. And a pair of musical bookends – “Let’s Dig a Hole” and “No Shelter” – reveal an artist with ambitions that transcend the bounds of any single song.

Two things still jump out about Costello’s musicality: her voice takes unexpected and just breathtakingly beautiful turns, and her songs, by god, have a philosophy. She writes pop songs that will sneak up on you.

So the story goes: a young singer went out of her mind, went to New York City, and she’s doing just fine.

“I think the volume and quality and quantity of people and place I have encountered in the last year have really changed my life completely,” Costello said. “I feel this way every time I perform – this does make sense, I am able to do this. At this point in the game, I obviously am not well off by any stretch of the imagination, but you know, I am getting by…In the last year, I’ve seen that you can do this if you want to and if you are  willing to make it a part of who you are in your life. It’s completely possible, not in a glamorous way, but in really day-to-day way, to be a singer-songwriter as a profession.”