“The Fabelmans” – Not a fairy tale [MOVIE REVIEW] 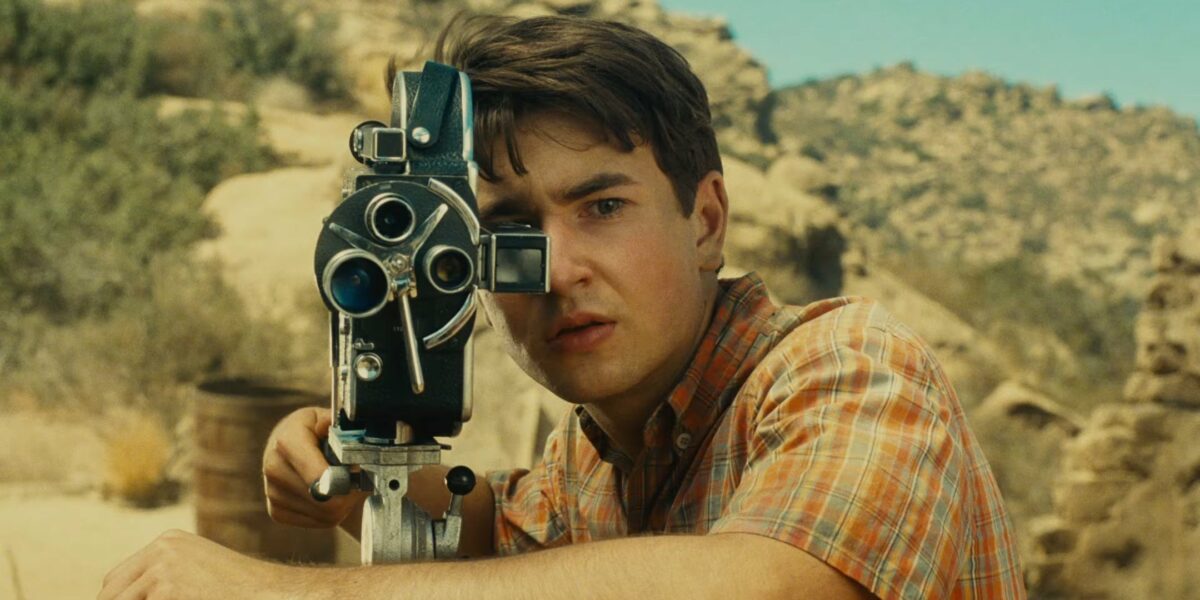 “Happy families are all alike; every unhappy family is unhappy in its own way.” – Leo Tolstoy

So much has been made of Steven Spielberg’s newest film being autobiographical, but dissecting the personal aspects of this wonderful movie diminishes its universal impact. The filmmaking is sly and misleading. Ostensibly his own origin story, undeniably it is that, but it is so much more. And Tolstoy knew from whence he came. 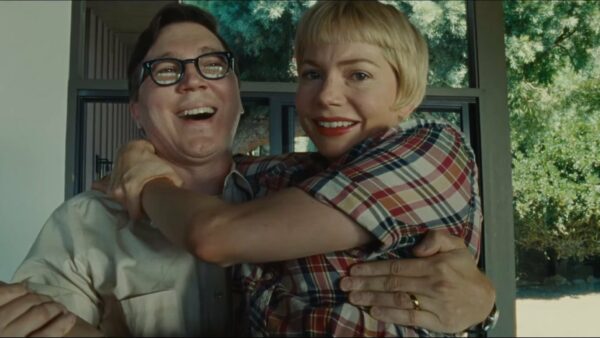 Young Sammy Fabelman and his sisters are nurtured by the protective environment provided by their loving parents. Father Burt is an engineer entranced with the new field of computer science, whose imagination and skill in this field attracts the attention of bigger and better corporations. Burt and his beautiful wife Mitzi are lured from their friends and family in New Jersey to Arizona where he will work for GE. At Mitzi’s behest, Burt brings along his best friend Bennie to work alongside him. Everyone loves Bennie. He’s non-stop fun, caring, and always there whenever he’s needed, and even when he’s not.

Mitzi, who, in her youth, came very close to reaching a concert level ability on the piano, now plays for her own pleasure, always with an eye to “what could have been.” In many ways, she is the spiritual antithesis of her scientific husband. She loves the arts and encourages that love in her children. Burt, madly in love with his wife, supports her artistic endeavors but sees the rest of life in practicalities. Art is a wonderful avocation but not a life goal. 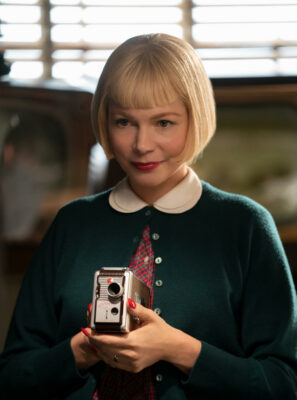 Seeing a bit of herself in Sammy, it is she who puts that first movie camera in his hands. Shy, he blossoms behind increasingly more sophisticated equipment and sees the world in the narratives he can tell behind the lens. Sammy learns the power of storytelling and as his skill grows, he begins to realize that his life is inextricably tied to the potential of the camera.

But Spielberg is deceptive. This isn’t really about what Sammy learns but about what he sees. And what he begins to see are the cracks in the family foundation. When Mitzi’s mother dies, her depression, always looming beneath the surface, takes hold and she loses her tie to the real world. She withdraws from her husband, her children, and the reality they represent. Always close to Bennie who could make her laugh, she increasingly leans on him. Her self-absorption leads her to an “us and them” bunker mentality, one that includes Sammy, who she views as an artist, and excludes Burt, with whom she feels she shares nothing.

The lens is laser-focused on the family. Stung by his father’s inability to see that his obsession with filmic storytelling is not a hobby but part of a future he feels passionate about, he turns toward his mother who seems to understand him better until his lens reveals a truth he wasn’t looking for. Each of the parents is blind to a bigger picture.

When they move again for Burt’s work, the already strained family fabric frays some more. Everyone but Burt faces a hostile environment. For the children, but especially Sammy, it is a harsh confrontation with anti-Semitism combined with the fish-out-of-water existence that so many out of sync teenagers face when confronted with a rich kid/jock atmosphere that they are no more prepared to face than an alien from “ET.” Mitzi, whose hold on daily life was already fragile, now feels she’s without an anchor and she begins to withdraw further. 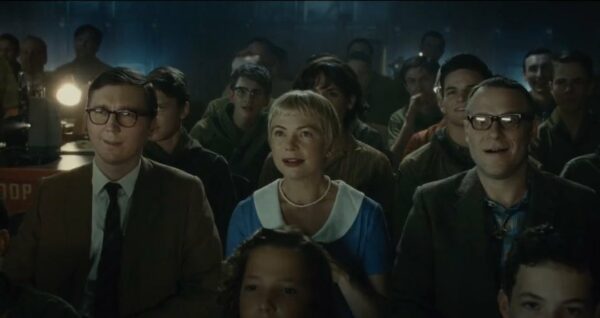 Extraordinary is Spielberg’s ability to sympathetically paint Burt as someone who’s confused by the world around him. He is fundamentally a good man who doesn’t understand that he’s losing something at home that he may never have fully grasped. It is emblematic that he continues to refer to Sammy’s overriding love and talent as a hobby. He sees the world in algebraic terms, Sammy’s worst subject.

But it is the portrayal of Mitzi that defines “The Fabelmans.” He portrays her self-absorption and narcissism clearly. Trapped in the role society has defined for women of that era, Spielberg is kind in how he reveals a woman who is, as it turns out, inherently unsympathetic because of the ways she manifests her frustration.

Casting Director Cindy Tolan did a superb job. In a small but pivotal role, Judd Hirsch is the old world, Yiddish speaking brother of Mitzi’s mother, who enters as dramatically as he leaves. Arriving to sit Shiva for his sister, he reveals the key to his niece’s unhappiness and dissatisfaction with the hint that it will probably never disappear.

Seth Rogen as Bennie successfully portrays loving ambivalence with a seductive self-serving edge that is hidden from everyone except the camera.

Gabriel LaBelle as the teenage Sammy is a revelation. It’s difficult to be both the protagonist and the vessel through which the story unfolds. His character is always searching and finding what he’s not looking for. 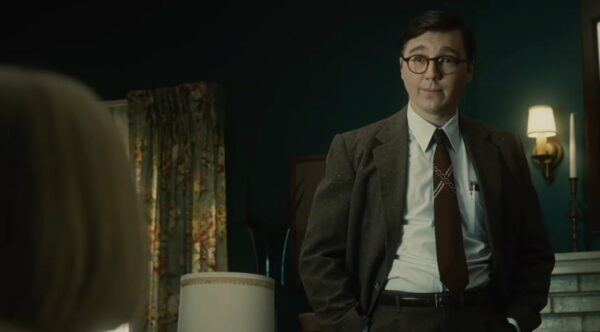 Paul Dano plays Burt Fabelman and he has, perhaps, the most difficult role because he must appear effectively clueless. Almost bland in demeanor, Dano is able to convey love, dismay, and helplessness with only a flicker of his eyes. He makes you ache for his lack of understanding, because it’s possible that there is no way to understand.

Finally there is the luminous Michelle Williams as Mitzi, the beautiful caring mother who, in the end, cares only for herself regardless of the consequences. To portray an ultimately unsympathetic character whose very complexity disguises her self-absorption, is an artform not mastered by many. That, in the end, she is still able to generate empathy is a tribute to her skill.

But let’s not forget the role of the director in all of this. Spielberg makes you realize how instrumental the director is in eliciting performance. You may think that it’s all about casting good actors, and good actors play an enormous role, but watch the scene where Sammy is directing one of his fellow boy scouts on how he should play a scene that he doesn’t understand, and you will see instantly what a gift Sammy, the stand in for Spielberg, has.

Writing the script with longtime collaborator Tony Kushner, it is a marvel of depth, sincerity, subtlety, sweetness, and melancholy while never resorting to overt sentimentality. As always, the score by John Williams was excellent, subdued, and followed the delicacy of the story. Janusz Kaminski, Spielberg’s cinematographer of choice, uses a palette that follows the lights and darks of the narrative.

Perhaps the key to Spielberg’s filmmaking is found in a brief encounter with John Ford, played by David Lynch. Ford points to two paintings in his office and asks Sammy to identify the location of the horizon in each. Nodding at Sammy’s answers, he leaves him with this advice: “Horizon on the bottom, interesting. Horizon on the top, interesting. Horizon in the middle, boring.”

“The Fabelmans,” much like most of Spielberg’s past films, avoids that middle horizon.

Now showing at a theater near you.