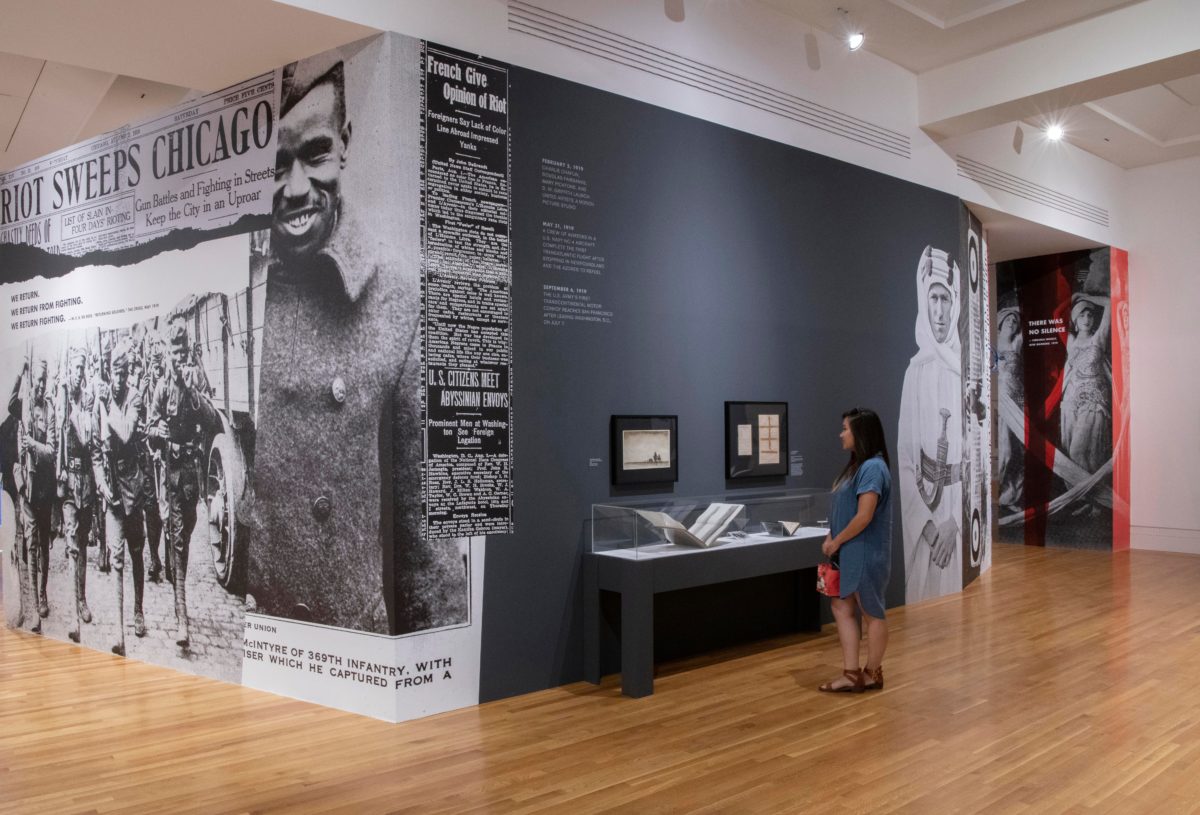 Healthy and attractive at 100

“1919” – The Huntington kicks off its centennial celebration 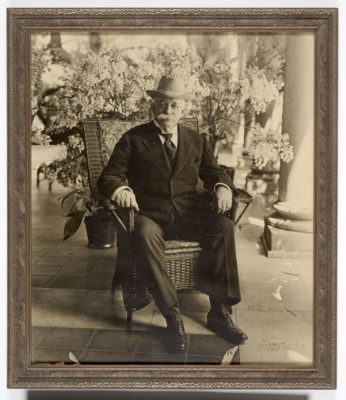 On August 30, 1919, Henry and Arabella Huntington signed the trust document “that would transform their property into a public institution,” which is to say “a free public library, art gallery, museum and park.” Although it didn’t formally open to the public until 1928, or one year after Henry’s death, this venerable and palatial estate is now commemorating its first century, and it’s being done largely through “Nineteen Nineteen,” a new exhibition on view through Jan. 20.

Organized by James Glisson, the Interim Chief Curator of American Art, and Jennifer Watts, the longtime Curator of Photography and Visual Culture, “Nineteen Nineteen” highlights about 275 objects (and not just artworks) that “were made, published, edited, exhibited, or acquired in 1919,” all of them drawn from the immense holdings of the Huntington collection, of which there are some 11 million items.

In that sense, it’s a narrowly-focused and yet a wide-angled look back, and at the same time by implication an exhibition that’s casting a long shadow on the century ahead. On that note, there is a slight name change, from the formal Huntington Library, Art Collections, and Botanical Gardens to the still-formal Huntington Library, Art Museum, and Botanical Gardens. Of course, simply say “the Huntington” and everyone knows what you mean. 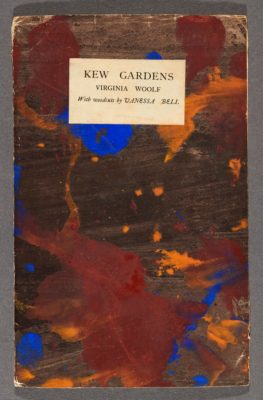 Located in the City of San Marino, the Huntington is what might be called a Gilded Age estate, and encompasses 207 acres (down from its original 600). To put that in some perspective, Disneyland is a mere 85. So how did one man end up with so much land?

Henry Huntington (1850-1927) was the nephew of Collis Huntington, one of four partners who created the Central Pacific Railroad. Henry went to work for his uncle at an early age and eventually owned the Electric Pacific Railway, which put streetcars (the fabled Red Cars) and streetcar lines throughout Los Angeles. Rather sadly, as we know, the automobile industry put an end to that and in the process deprived Los Angeles of its early public transportation system.

At any rate, Henry Huntington made a lot of money and seems to have been the J. Paul Getty or the Eli Broad of his day. With his art, his gardens, and his library we have a stellar example of what is best in Mankind. Whether or not Huntington had an unsavory side, I don’t know, although he was against unionization and his Mexican employees were paid less than their European American counterparts. Which, a century ago, may not have been so unusual.

What should be noted is that Huntington saw opportunity and he acted upon it. The catalogue for the exhibition makes this clear: “As the twentieth century began, Henry Huntington bought up great swaths of Southern California land and laid mile after mile of track in every direction… From 1900 to 1919 the population of Los Angeles County increased by an astounding 450 percent.” 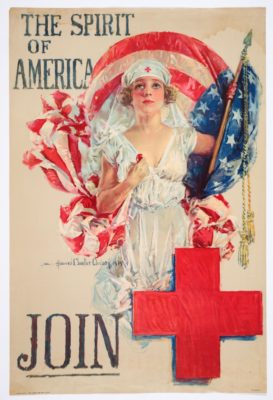 After the death of his uncle, Huntington married Arabella, his uncle’s widow, who was roughly Henry’s age (Collis Huntington was about 30 years older than both of them). Arabella had expensive tastes, but with a discerning eye, and she in turn encouraged her new husband in his collecting, not only of 18th and 19th century British art but also of books, of which he gobbled up vast collections and many rarities as well. He eventually had, or claimed to have, the “world’s greatest private library,” and this included Benjamin Franklin’s handwritten autobiography and the manuscript of Civil War General William Tecumseh Sherman’s memoir.

Today, do wealthy men still acquire, or aspire to acquire, large libraries? Furthermore, do any of them do so while at the same time building an impressive art collection and overseeing expansive, elaborate gardens?

For that matter, what would Huntington think of the estate’s Chinese Garden, which will open eight new acres next spring? Last summer’s site-specific theatrical presentation, “Nightwalk in the Chinese Garden,” surely enthralled everyone lucky enough to see it, and one hopes is a harbinger of more such events to come (to accompany the opening, an exhibition entitled “A Garden of Words: The Calligraphy of Liu Fang Yuan” will be on view in the new Studio for Lodging the Mind, currently under construction). 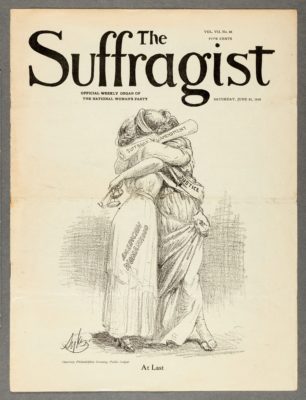 The exhibition is divided into five sections. “Fight”: World War I still had some mopping up to do, and then an influenza pandemic killed three percent of the world’s population (this writer’s infant aunt among them). “Return”: Soldiers coming home after the Great War. “Map”: Overseas, empires were carved up and boundaries redrawn. In the Greater Los Angeles area cities grew as the population increased. “Move”: Planes, trains, automobiles, and of course streetcars. “Build”: Much of this has to do with Henry Huntington’s burgeoning collection.

“Nineteen Nineteen” contains more information than thrills, if I can put it in such terms, and if one misses the show it’s all there, and then some, in the handsome catalogue, which sells for $40. It’s very much a little time capsule between hardcovers, which will also serve as an introduction to Henry and Arabella Huntington. What they left behind for us is a treasure, and it only seems to become more attractive as the years go by. Here’s to another 100!

The Huntington Library, Art Museum, and Botanical Gardens is located at 1151 Oxford Road, San Marino (take E. California Blvd. past Caltech to S. Allen Ave. and turn right). Hours, Wednesday through Monday from 10 a.m. to 5 p.m. “Nineteen Nineteen” is on view in the MaryLou and George Boone Gallery through Jan. 20. Call (626) 405-2100 or go to huntington.org. ER