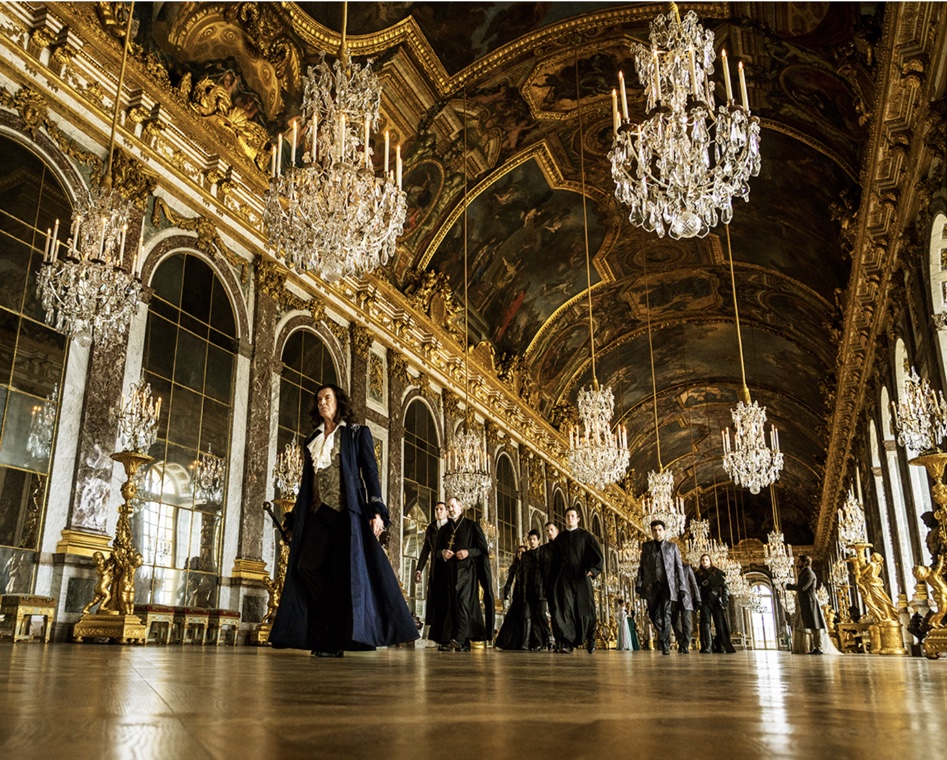 The Palace of Versailles in "The King's Daughter." Photo courtesy of Gravitas Ventures. 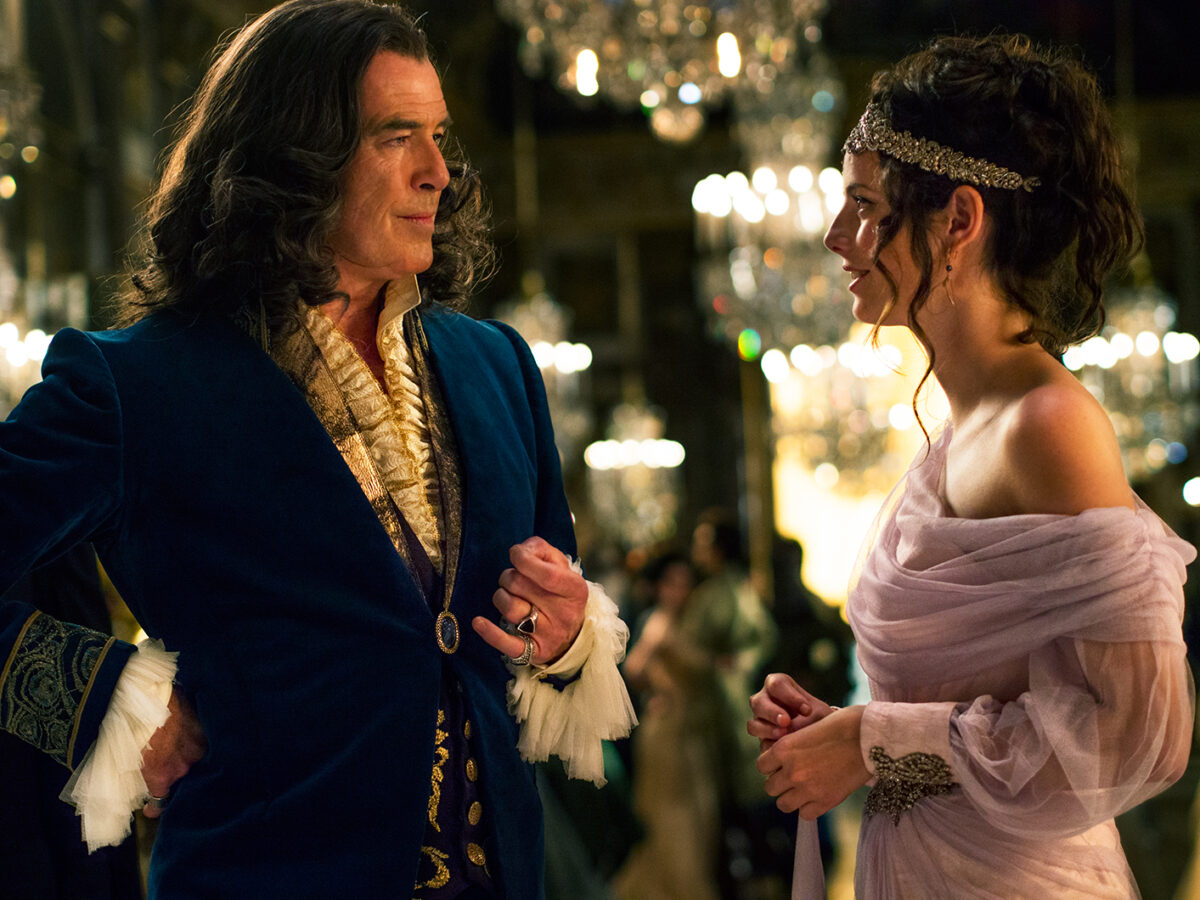 Director Sean McNamara in collaboration with writers Ronald Bass, Barry Berman, Laura Harrington, and James Schamus conspired to turn the Vonda N. McIntyre novel The Moon and the Sun into a fairy tale like “The Princess Bride.” They didn’t.

King Louis XIV has much to his credit in his rule of France. It is 1684 and he is the longest reigning monarch in French history. His palace at Versailles is the definition of opulent luxury and is the artistic and scientific center of the kingdom. What more could the aptly named Sun King possibly want? Immortality. His scientific advisor Dr. Labarthe has told him that such immortality is possible and within his grasp. The lost city of Atlantis holds such power and if one of its mermaids can be captured and sacrificed during the upcoming solar eclipse, he will live forever. Louis’ spiritual advisor and confessor, Père La Chaise, is aghast. Only God can control life and he is in danger of committing a mortal sin. Mortal, shmortal. Louis wants what he wants when he wants it. Remarkably, or not because, after all, this is a fantasy, a handsome sailor, Yves de la Croix, captures one such mermaid and brings her to court in a tank.

Far away from the palace in a convent by the sea a young girl is sequestered, sent there long ago by her unknown mother. Little does Marie-Josephe know that she is the illegitimate daughter of Louis who, at long last, brings her to court. Her beauty, innocence, and musical talent seduce all around her. Her relationship to the king is kept secret, until it isn’t anymore. Marie-Josephe has one other talent. She can communicate with the mermaid. Horrified to learn of the king’s plans, she must find a way to save her friend.

But Marie-Josephe is also in need of saving because Louis has plans to marry her off to the ne’er do well Jean-Michel Lintillac who controls the largest fortune in the kingdom. Louis is broke and Jean-Michel is single and sees the political advantage of marriage to the secret daughter of the king.

Besides her love for the mermaid, Marie-Joseph has a hankering for the handsome sailor. You can see the conflicts from a mile away.

“The Princess Bride” this ain’t. Once again, it’s a case of too much is never enough. Plot piles on top of plot on top of plot on top of plot. What could have been a charming tale of a mermaid and a maiden becomes a conspiracy of evil doctor against spiritual leader, father against daughter, and king against nature. If you’re lost with this written explanation that’s nothing compared to what’s going to happen when you try to make sense of what’s on the screen. 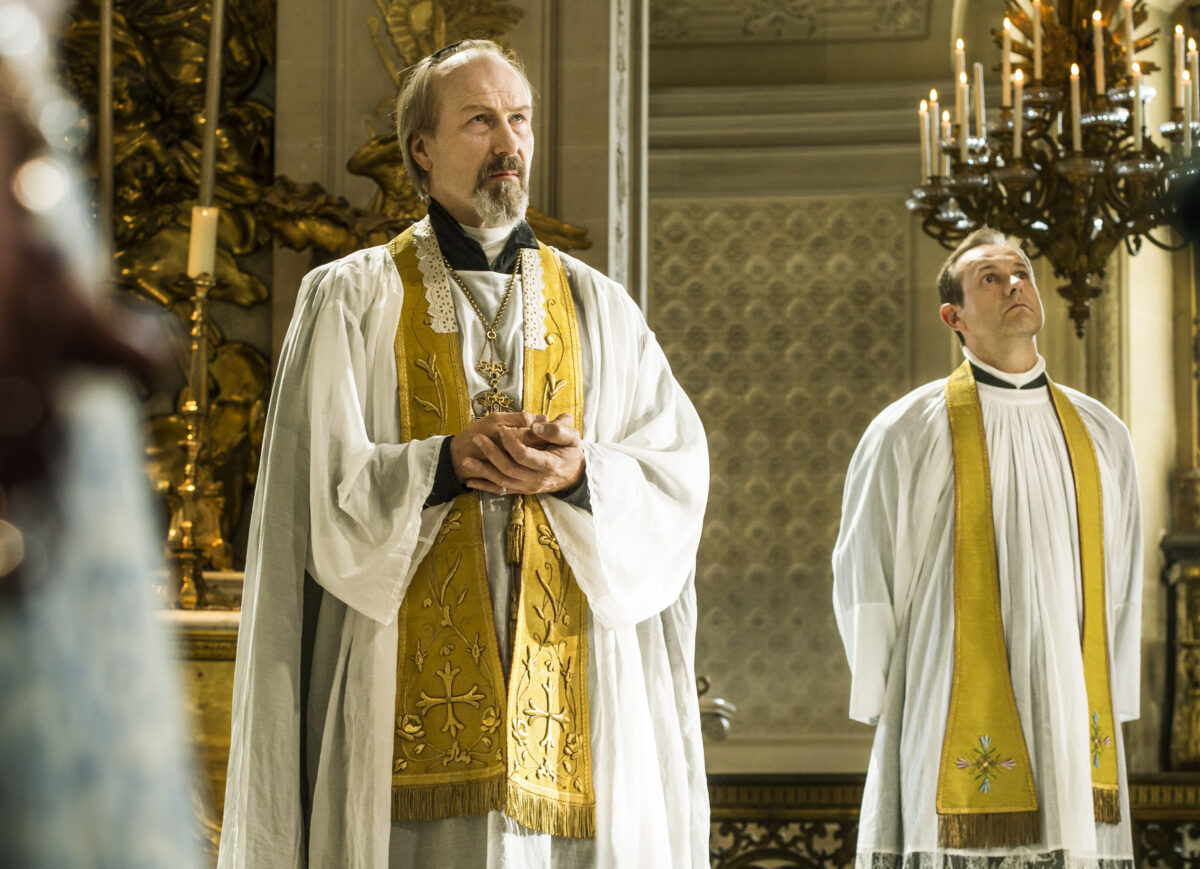 More’s the pity because the two leads are fabulous. Pierce Brosnan, playing Louis the Sun King and ultimate narcissist, is charismatic, charming, vulnerable, and ruthless, all at the same time. Not many could pull that off. William Hurt as Père La Chaise is thoughtful, humorous, charming with just the right amount of spiritual skepticism. One could argue that their parts were better written, but I don’t think so. Both actors found ways to divulge their characters’ inner depths. Such was not the case with most of the other actors. Pablo Schreiber as Dr. Labarthe does everything but twirl a mustache, such is his egocentric villainy in trying to usurp the role of a higher being in the name of “science.” Of course the science here is hilariously suspect and he is little more than a cartoon villain when he goes up against the formidable priest. Kaya Scodelario as Marie-Josephe is the trite and true daughter of the King whose major ability is flashing innocent eyes as she proclaims against the injustice about to befall the mermaid. Her love interests, Benjamin Walker as the sailor De La Croix, and Ben Lloyd-Hughes as Lintillac the rich duke whose fortune is needed by the king, are little more than wooden figures without character development.

What a shame that such a gorgeous set, production designed by Michelle McGahey, and vivid cinematography by Conrad W. Hall, should be wasted on an ill-conceived plot. There was definitely a charming fairy tale hidden within this swamp. Mermaid’s blood yields the promise of eternal life. Princess sets about to rescue her and flee with her true love. It could be charming. “The King’s Daughter” wasn’t.