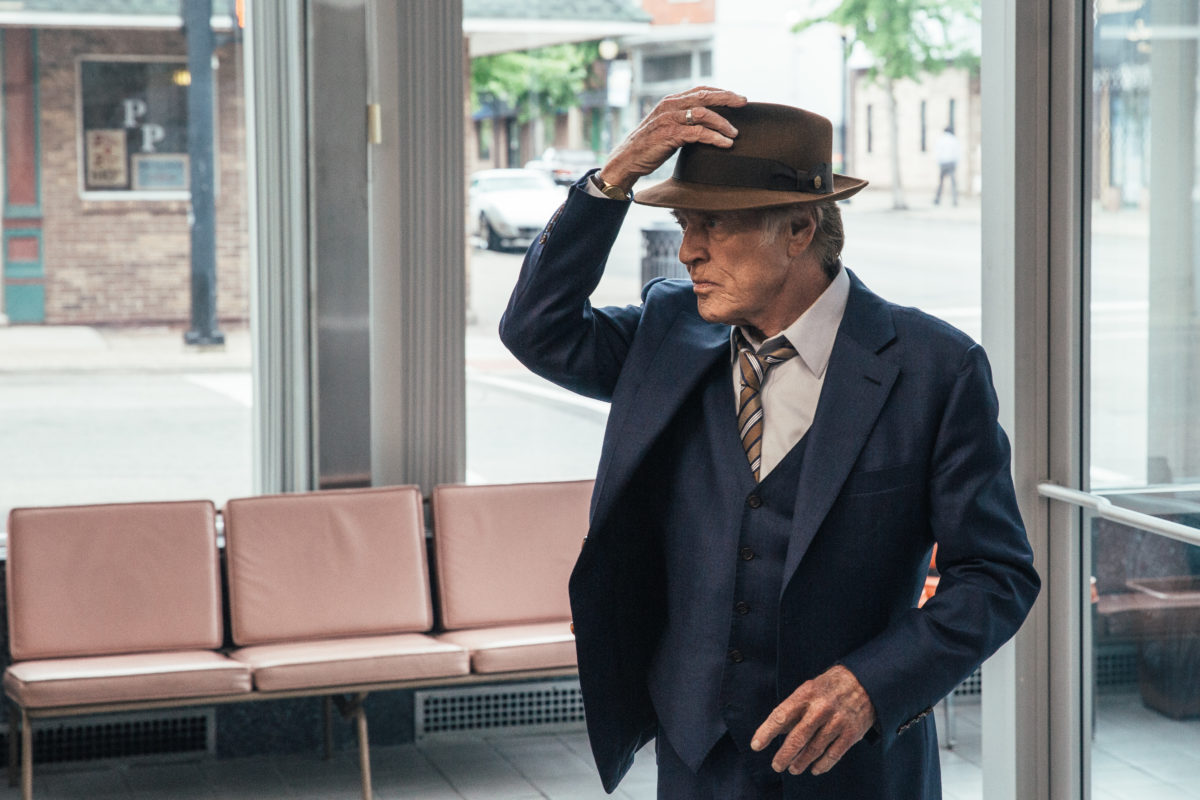 Robert Redford as "Forrest Tucker" in the film THE OLD MAN AND THE GUN. Photo by Eric Zachanowich. © 2018 Twentieth Century Fox Film Corporation All Rights Reserved

Robert Redford as “Forrest Tucker” in the film THE OLD MAN AND THE GUN. Photo by Eric Zachanowich. © 2018 Twentieth Century Fox Film Corporation All Rights Reserved

“The Old Man and the Gun” is Robert Redford’s valedictory film for us all, demographics be damned. Based on a New Yorker article written by David Grann, writer-director David Lowery has given us a meaningful send-off for Robert Redford. Based on the true story of Forrest Tucker, a professional bank robber, Lowery paints a portrait of a man in love with the hunt and the chase. Tucker was in love with banks and robbing them. That he was always, inevitably, caught and sent to jail was an irritant but not a conclusion as he was almost as good at escaping prison as he was at theft. His most legendary escape was from San Quentin in a home-made (as in made in the prison machine shop) boat.

Bank robbery was the life-long pursuit of Tucker, but the film captures only his last few years. Initially following Tucker for a few months in 1981, when he was in his late 60’s, we meet a man who is very polite and cheerful, who, though he brandishes a gun, is always concerned with the well-being of his victims. Sometimes working alone, sometimes with two cohort, he is the vision on an old-world gentleman and the scourge of police forces across the Midwestern Bible Belt from Texas to Missouri. It is Detective John Hunt who, despite the inevitable FBI intervention, is determined to crack the case.

Along the way, in the middle of one of his escapes, Tucker comes upon a damsel in distress and stops to help her. Whether consciously or not, stopping to help the lovely Jewel, a Texas widow, throws the pursuing cops off the scent. It is also the beginning of a lingering love story between the two of them.

He’s a bank robber; he’s going to get caught. This is not a spoiler. The film is about the journey of the characters when they finally arrive at a collision point, and it is a lovely one. Never in a rush, never too slow, always peeling away more layers of character, Lowery paints his film impressionistically with a generous dose of humor. The joy is in getting to know the characters; you already, more or less, know the ending.

Redford, who announced his retirement a few months ago, could not have chosen a better film to leave behind as part of his acting legacy. He wears his face like a roadmap to the paths he’s chosen, conveying gentleness overall, but steel when necessary. Never patronizing to the character and certainly not to the audience, he allows you into the psyche of Tucker, a man for whom there is no greater joy than the hunt and escape. He is addicted and, in the end, can’t escape it. Redford allows for you to discover this independent pursuit, to see the pleasure in fooling some of the people all of the time. This is a performance to savor; this is the Sundance Kid in a different era with a softer, but still definitive fall. Watch for the sly reference to “The Sting” in John Hunt’s finger to the nose. 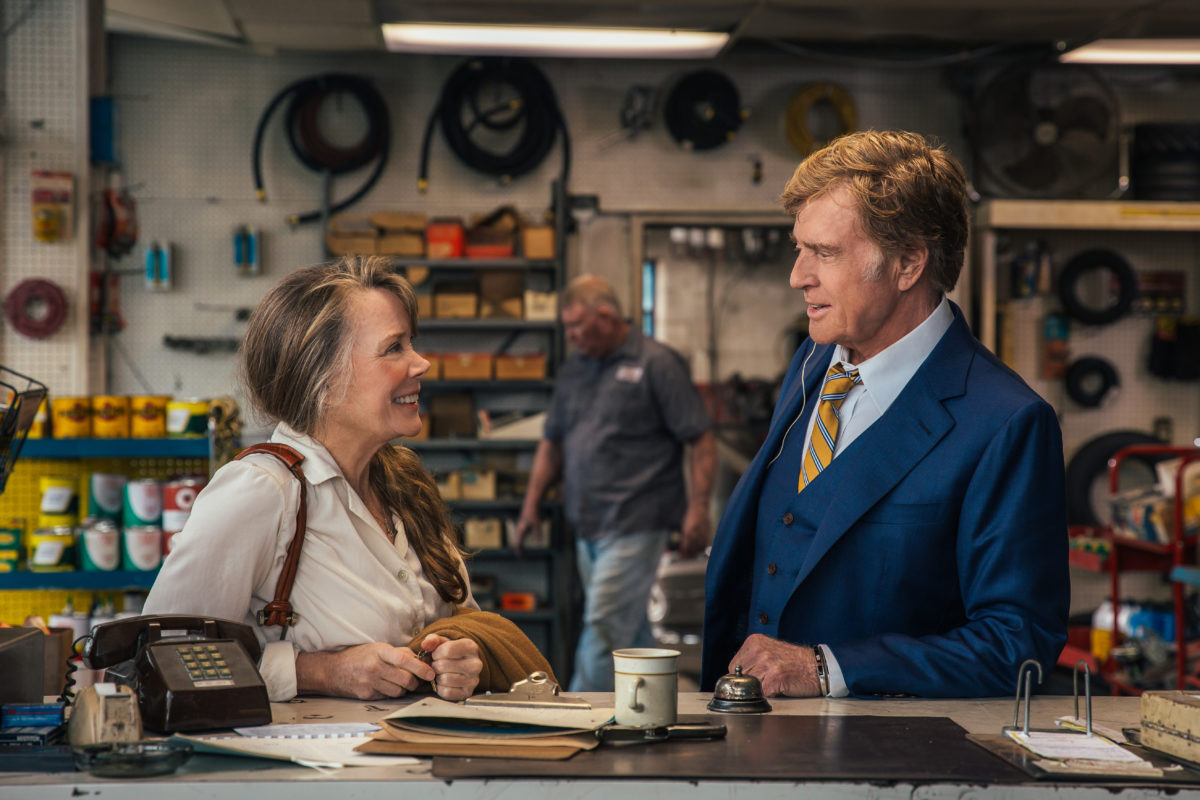 Sissy Spacek as “Jewel” and Robert Redford as “Forrest Tucker” in the film THE OLD MAN AND THE GUN. Photo by Eric Zachanowich. © 2018 Twentieth Century Fox Film Corporation All Rights Reserved

Casey Affleck as John Hunt is wonderfully restrained, showing a character who continues to try to find the balance between family life and his desire to solve the jigsaw puzzle created by “the over-the-hill” gang. By turns laconic and intense, Affleck makes the perfect counterpoint to the at-times overly confident and occasionally smug Tucker.

Sissy Spacek as Jewel, the woman who captivates Tucker and almost “cures” him, reminds you of how much you’ve missed her presence on screen. Warm, sexy, strong, independent, soft. There aren’t enough adjectives to define her portrayal of Jewel.

In smaller supporting roles, Danny Glover and Tom Waits make the most of their time on screen as the occasional partners in crime of Tucker. Glover, especially, excels at showing the kind of ambivalence a man at the end of the road would have.

Well directed, keeping an eye on movement and interaction, Lowery had his own well-crafted script to work from. He got the most from his actors and knew how to propel the character development to its inevitable conclusion.

Opening Friday, September 28 at Arclight Hollywood and the Landmark.