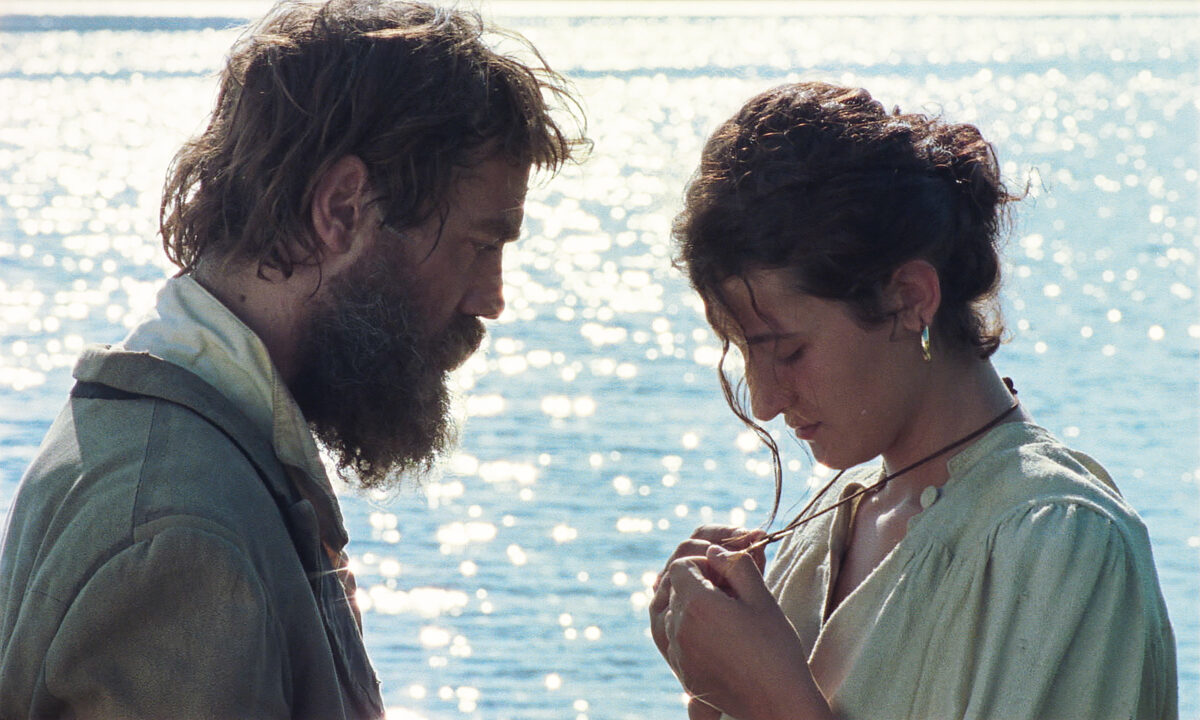 Gabriele Silli as Luciano and Maria Alexandra Lungu as Emma in "The Tale of the King Crab." Photo courtesy of Oscilloscope Laboratories. 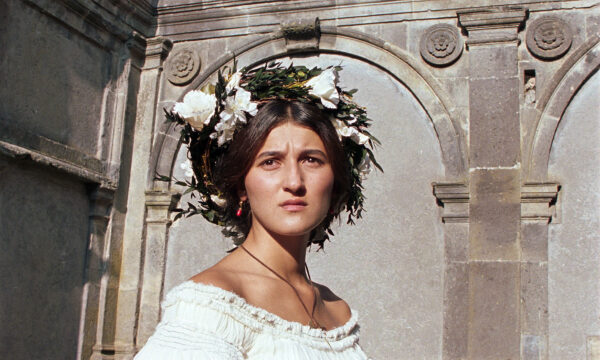 Maria Alexandra Lungu as Emma in “The Tale of the King Crab.” Photo courtesy of Oscilloscope Laboratories.

Sometimes directors/writers are so in love with a concept that they forget there needs to be some cohesion and an actual story. What “The Tale of the King Crab” has is an idea that showed promise and cinematography that is overwhelming.

Beginning in a contemporary trattoria, Alessio Rigo de Righi and Matteo Zoppis, the filmmakers, divide their story in two chapters, allowing villagers to tell the legend of Luciano.

Chapter One begins with Luciano returning from Rome, recovering either from alcoholism or mental illness, or probably both. Unkempt, intelligent, and an outcast, he strains at the limits of his poor village. It is the late 19th century and Italy, now under monarchic rule, is still like a series of fiefdoms controlled by the Princes of the various regions. This system offends Luciano’s very nature and when he discovers that the local Prince has locked the gates to property that the sheep herders have always used to get to the open pasture, he rebels.

The peasants of the village want no trouble and are more inclined to subjugate their needs to the willful desires of the Prince. They are suspicious of Luciano, a man they deem beneath them because of rumors surrounding his birth. Allegedly a bastard, he is the son of the town doctor. Ambiguity would be the subheading of this film. There is the requisite beautiful maiden in love with Luciano, the distrustful father, and the townspeople whose pettiness is unrivaled. Luciano, as he is well aware, is a doomed man.

Chapter Two concerns the exile of Luciano after he accidentally kills someone in the village. His father arranges with the local authorities to send him to the farthest reaches of the world, Tierra del Fuego in Argentina. Here, it is Luciano who follows a legend — the search for an alleged treasure hidden by a sea captain before he was killed. Luciano, wandering the rocky countryside, has obtained a guide to the treasure from a dying priest. Donning the priest’s cassock, he begins his voyage. Soon he is overtaken by murderous pirates in search of the same bounty. This isn’t going to end well for any of them. And even if it did, it’s still Tierra del Fuego, composed of rock, surrounded by water, and inhabited by angry indigenous people. 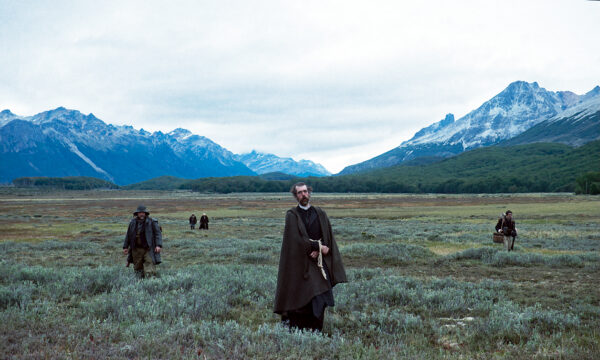 Gabriele Silli as Luciano in “The Tale of the King Crab.” Photo courtesy of Oscilloscope Laboratories.

Somewhere in here there might have been a workable story. Certainly it started out well enough with an exploration, albeit shallow, of classism that highlighted the success of the upper class to pit the lower class against itself. Had they given more character development to Luciano and depth to the story of his loss at the hands of his peers who willingly sacrificed his lover to the needs of the Prince, it might have been a better film. Chapter Two is an almost complete loss. The hunt for mythical treasure in a wasteland has been told many times and much better. Think “Aguirre, the Wrath of God,” “The Royal Hunt of the Sun,” and even “Treasure of the Sierra Madre.” The filmmakers stated that the bones of the Luciano legend were very sparse and so they made the rest of it up. Surely they could have done a better job.

What is extraordinary about this film is the cinematography by Simone d’Arcangelo. He has worked on numerous other projects as a Digital Imaging Technician, which may account for the stunning artistic effects he achieved on this film. The lighting is positively distracting, and I mean positively in both meanings — absolutely and advantageously. Chapter One is a veritable filmed Caravaggio tableau. This movie can only be described as a painting. Even Chapter Two is stunning in the contrast he emphasizes between the mountain of rocks and the plateaux. It is almost worth watching the film for the extraordinary camera work. It was the same way I felt about Jane Campion’s “Bright Star” that chronicled the end of John Keats’ life, a film so slow that you could watch the beautiful, contrasting blades of grass grow. “The Tale of the King Crab” has a bit more action—murders, fights, and rape—than the tediousness of Keats’ death from consumption, but it’s still not enough.

Gabriele Silli is a suitably sullen Luciano and Maria Alexandra Lungu is appropriately virginal in her role as Emma, his love interest.

This is the kind of film that the Cannes Film Festival, where it premiered in 2021, loves to feature. That should be enough forewarning.