“The Territory”- A fight to the death [MOVIE REVIEW] 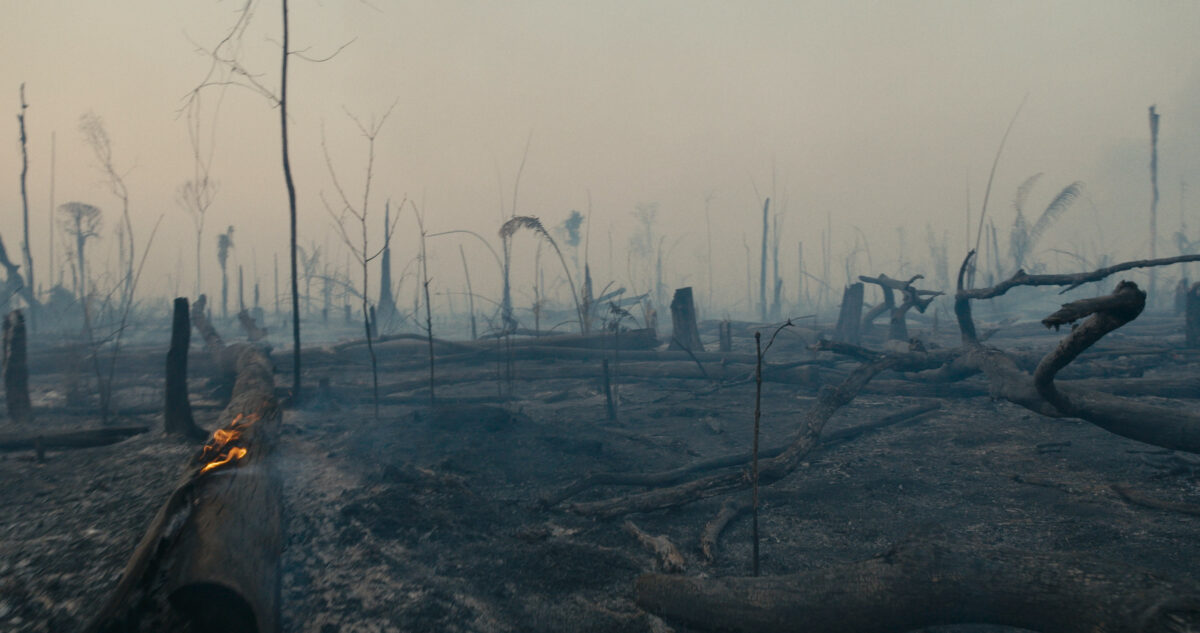 The scorched remnants of the Amazon rainforest after a blaze set by farmers tore through the land. Photo courtesy of Alex Pritz/Amazon Land Documentary.

“The Territory,” a documentary directed by Alex Pritz, is not just an inside glimpse of the ongoing fight in Brazil to protect the rights of the Indigenous Uru-eu-wau-wau people of the Amazon but a larger look at the struggle to preserve the diminishing rainforest, safeguard an endangered people, stop the invasion of this land, and reflect on the effect this will all have on global climate change.

In 2018, Jair Bolsonaro, a right wing politician and former military officer, ran his campaign for president of Brazil that included taking back the reserves claimed by the various Indigenous peoples in the Brazilian rainforest. There had always been farmers who, eyeing the riches lying within the rainforest, carved out their own illegal fiefdoms. His platform seemingly gave them official permission to “liberate” the land. 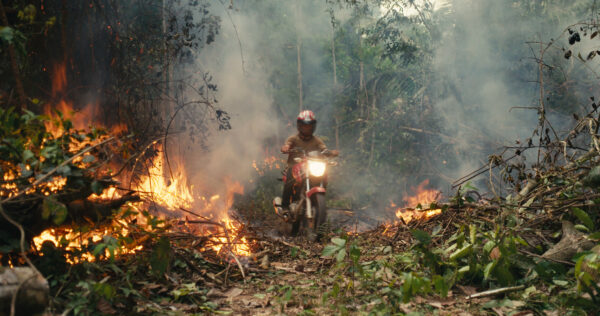 In a classic case of pitting one underclass against another, an association of poor sharecropping farmers who long for their own piece of land is founded. Most of the arable land in Brazil is controlled by a few companies, leaving little affordable for the individual farmer trying to eke out a living for his family with no room left for savings. Bolsonaro’s “liberate the land” position inspired these sharecroppers to band together and construct a plan for taking land and forming their own subdivision, so to speak, of small farms within the rainforest. Believing they were pioneers of the “Old West,” they chopped through the forest, carved out dirt roads, and burned large swaths of trees to “liberate” their future plots.

Neidinha Bandeira, an environmental activist, who works closely with the Uru-eu-wau-wau to document the land invasion and theft, explains clearly what is at stake in the deforestation as well as the danger to its Indigenous inhabitants. Formerly in the thousands, the Uru-eu-wau-wau is now made up of only 183 people with a claim to 7,000 square kilometers in the Amazonian state of Rondônia. The Brazilian constitution of 1988 guaranteed the

Indigenous people the right to the land that was historically theirs and that included the Uru-eu-wau-wau. Bolsonaro’s actions against these populations and their recognized boundaries are unconstitutional, but he doesn’t care.

In trying to assure the tribe’s safety and that of the surrounding land and water, Neidinha runs into a never ending circle of bureaucracy, refusal, and denial. Now run by a Bolsonaro appointed crony, the department created to protect Indigenous people is underfunded, understaffed, and refuses to intervene against invaders without tangible, video evidence. There is little or no police protection available to safeguard the Uru from the threats of outsiders and they only belatedly arrived when one of the Uru-eu-wau-wau was murdered. Unrelated to this story but highlighting the dangers felt by the Indigenous people of the Amazon, a British journalist and his guide were recently murdered as they were documenting the invasion of illegal fishermen in the Vale do Javari region of the Amazon.

What makes this documentary better than most is that, while the primary focus is on the difficulties the Uru-eu-wau-wau are having trying to protect their lands, Pritz, at the urging of Neidinha and Bitaté, a young Uru leader, also tells the story of the Association of Rio Bonito, a band of poor farmers looking to upgrade their situations and building a town on land belonging to the Uru-eu-wau-wau to escape the poverty they face in working for others, never for themselves.

Your sympathies are effectively drawn toward the environmentalists, the threat of climate change, the theft of the land, and the dangers posed to the Uru-eu-wau-wau. As one Uru points out, if, when protecting their land, they kill one invader, the invaders will return and wipe them all out. 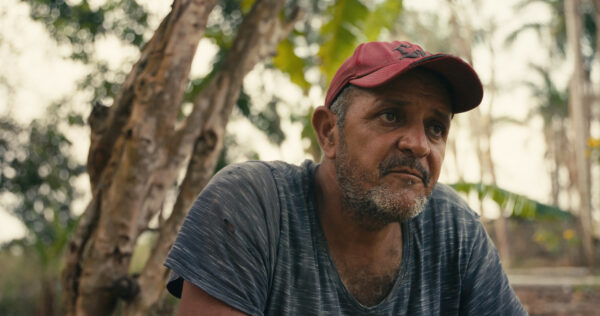 But Sergio, the leader of the Association, and Martin, one of his cohorts who is seen early in the film setting fire to a wide swath of the forest, eloquently pleads his case for colonizing. These men are evangelical, justifying their actions because they believe the Bible tells them that the people are meant to take the land and multiply. As Sergio says, “We want what we deserve like everyone else.” Unstated is that the “everyone else” is part of the ruling class. Brazil, like most of the other countries in South America, has an economic divide that makes our own pale in comparison. The government, from top to bottom, is incredibly corrupt, benefiting the “friends” of the current politician in charge. It was no less corrupt under the left wing government of Lula da Silva, who served more than a year in prison before his conviction was overturned, but was more beneficial to the working class.

As much as Sergio wants to believe that the government of Bolsonaro is sympathetic to the Association’s ventures, his naivety is front and center. Past governmental actions give every indication that they will let the Association do the dirty work and then swoop in and take the land for the already wealthy landowners. 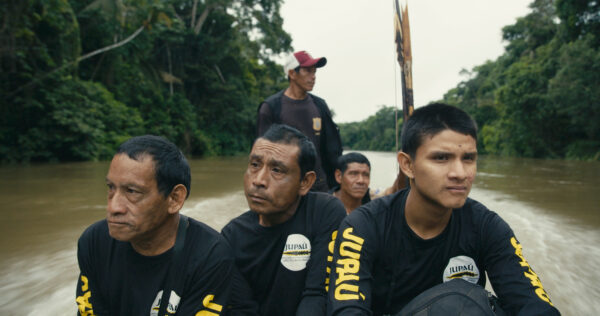 Empowering the Uru-eu-wau-wau, Pritz supplied them with the cameras and equipment necessary to record their own story and their search for the invaders stealing their land and destroying their forest. Using drones, they track the deforestation; using the cameras, they follow the river and patrol the land, occasionally encountering members of the Association. Forming their own media company, they began to post their films, drawing the media attention of the world outside Brazil.

The cinematography shows the beauty of the Amazon and the ugliness left by deforestation. Tangãi Uru-eu-wau-wau, part of the Indigenous media company and a member of the surveillance team, effectively documents both the magnificence and struggles faced by the native population. Pritz also used a team of cinematographers to film the parts of the story outside the Indigenous reserve, where neither life nor the environment is so scenic.

In Portuguese with English subtitles.

Opening Friday August 19 at the AMC Burbank 16 and the Laemmle Monica Film Center.