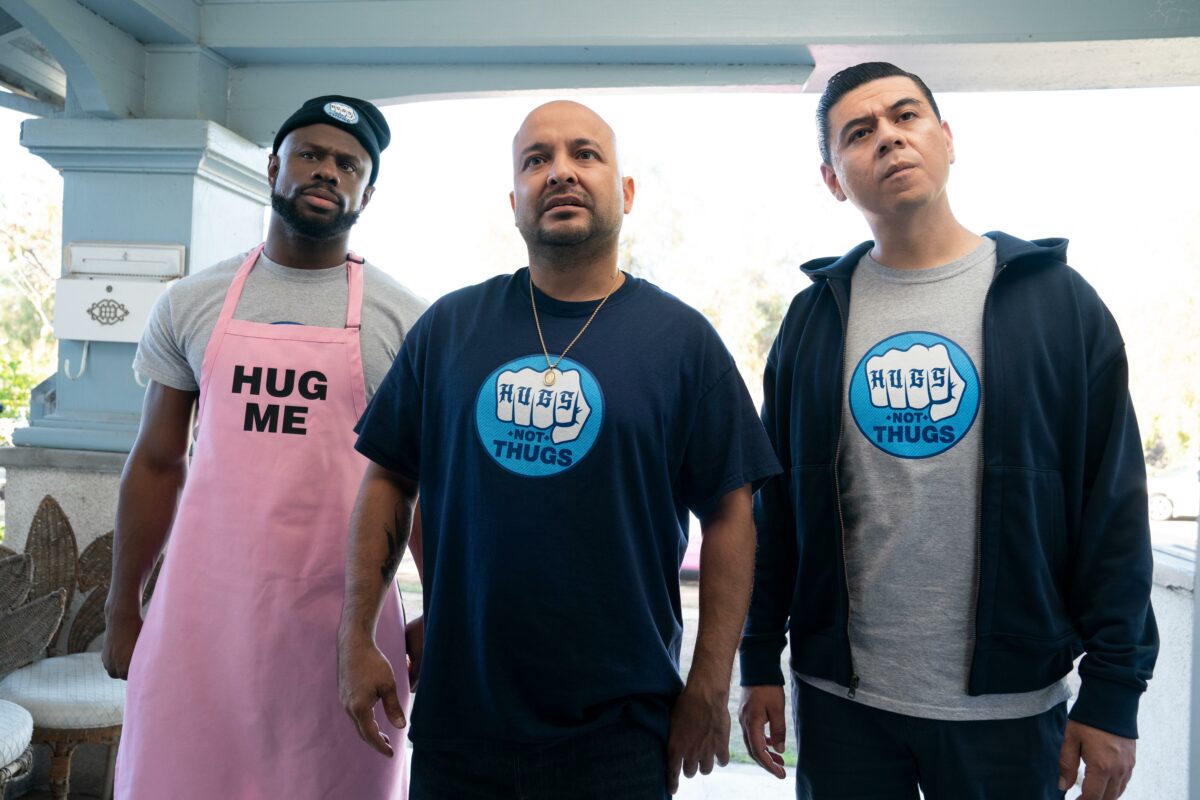 “This Fool” is a new series centered in South Central Los Angeles and inspired by the life and times of standup comedian Chris Estrada. Inspiration, as used to describe television series, can be like “based on true events” in film. There’s a wide spectrum and Estrada is, no doubt, somewhere on the spectrum. Observe his cluelessness when it comes to life and love and you’ll understand the use of “spectrum” to describe him. His alter ego in “This Fool,” Julio, is an upstanding young man who has never met a fight he can’t lose. As Chris Estrada has said about himself, and this is a fundamental part of Julio, “When it comes to being defeated, I’m undefeated.”

This is not a series that is aimed at me or any white, older, middle class audience, but that’s not to say that there is no merit. There’s plenty of substance here, hidden behind the jokes about bodily functions, penises, and inappropriate actions. Family and relationships are universals. 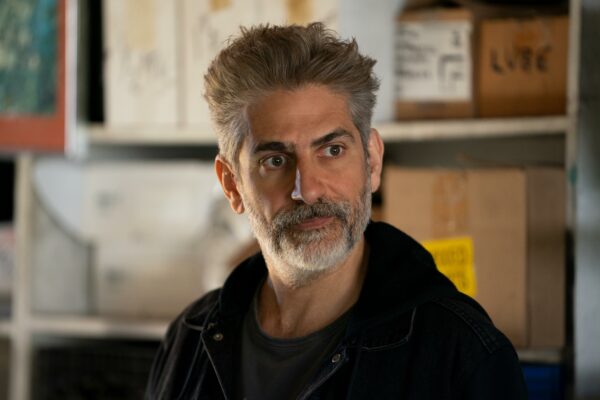 Michael Imperioli as Minister Payne in “This Fool.” Photo courtesy of Gilles Mingasson/Hulu.

Julio (Chris Estrada) is an honorable nice guy with a job in the nonprofit world that he takes even more seriously than its founder, a very funny Michael Imperioli as Minister Payne. Chris works for “Hugs Not Thugs” in South Central LA, an organization that gives ex-cons job training making cutesy pink cupcakes. A diploma from “Hugs Not Thugs” might even land you a job working in a professional kitchen (washing dishes) or in a warehouse somewhere. Clearly a knowing wink at Homeboy Industries, the gang intervention organization founded by Father Gregory Boyle. Julio, who could earn more money doing almost anything else, is proud of the work he does at Hugs Not Thugs.

At 30 he’s still living at home with his mother and grandmother. He is walked on by everyone around him. Foremost among those taking advantage of his weak backbone, I mean niceness, is his on again off again girlfriend Maggie (a vibrant Michelle Ortiz).

The first episode of the series sets up everything to come. Maggie, Julio’s ex, has “borrowed” his car (she kept a spare set of keys) and is off to San Diego. This couldn’t have happened at a worse time for him because this is the day that his cousin Luis is being released from prison after serving more than a decade and he was supposed to pick him up. No car…no problem. He took the bus and ran the rest of the way to get there; buses don’t come anywhere near the prison. Luis (Frankie Quinones) is an old school homeboy who is totally out of touch with today. To say that he is not Woke would be an understatement. He’s a cat-calling kind of guy. All of his references are late nineties and that just won’t do. It’s a good thing he thinks he’s hilarious because he plays to a limited audience. Julio will get plenty of Luis’s grating personality because he’s moving into the family home.

Julio has gotten him a slot at Hugs Not Thugs, and Luis is none too pleased about it. Making cupcakes? Seriously??? It will take him time, lots of time, to adjust and giving Julio grief is part of the pleasure.

Both Luis and Julio need to move forward in life. Luis’s mouth is his biggest liability, and he has a knack for always saying something inappropriate. Julio must realize that his nice guy persona is really just a lack of courage. He just can’t say no. 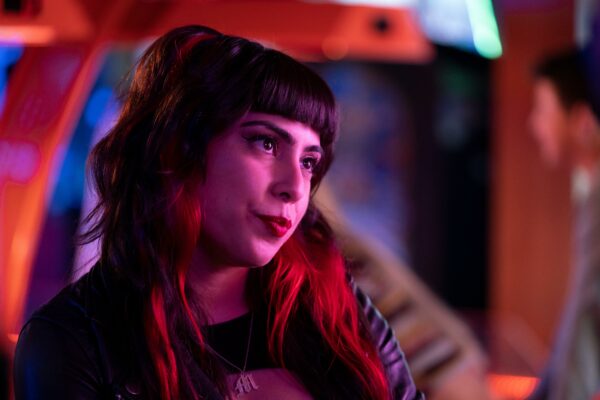 Michelle Ortiz as Maggie in “This Life.” Photo courtesy of Gilles Mingasson/Hulu.

Everyone’s heart is in the right place, which in some cases works but in others doesn’t. The character of Julio is very soft and the predictability of his actions can be seen before they occur. Luis, on the other hand, has never progressed from high school. He’s still farting in the car, leering at girls, and telling stupid jokes. The long running joke about Minister Payne is his endowment, and it doesn’t relate to money in the bank.

Julio’s relationship with Maggie is a puzzler. She may be inappropriate most of the time but she has a lot going for her. She’s smart, has a great job, and loves Julio’s family. Julio can’t tie himself to her, but he can’t untie himself either. A joke in Chris Estrada’s routine fits perfectly into the character of Julio. “If you’re not a little resentful in your relationship, you’re doing it wrong.”

Many of the jokes don’t land and the episodes can seem a bit repetitive, but I’m not their audience. Ten episodes of “This Fool” is too many to sustain watchability. There is enough material here for about six or maybe seven episodes, including one that features Fred Armisen at his sly best playing a billionaire who may be able to bail “Hugs Not Thugs” out of its financial woes.

Still, it may be a series worth sampling. Although Hugs Not Thugs is populated by ex-cons, Estrada has given us a view of the living, breathing, working class streets of Latino south LA without the stereotypical lowriders, street racers, and gun fights. In terms of street racers, be on the lookout for guys racing their remote control toy cars in front of Julio’s driveway. Defeated even there, he is unable to get them to move so he can back out his car.