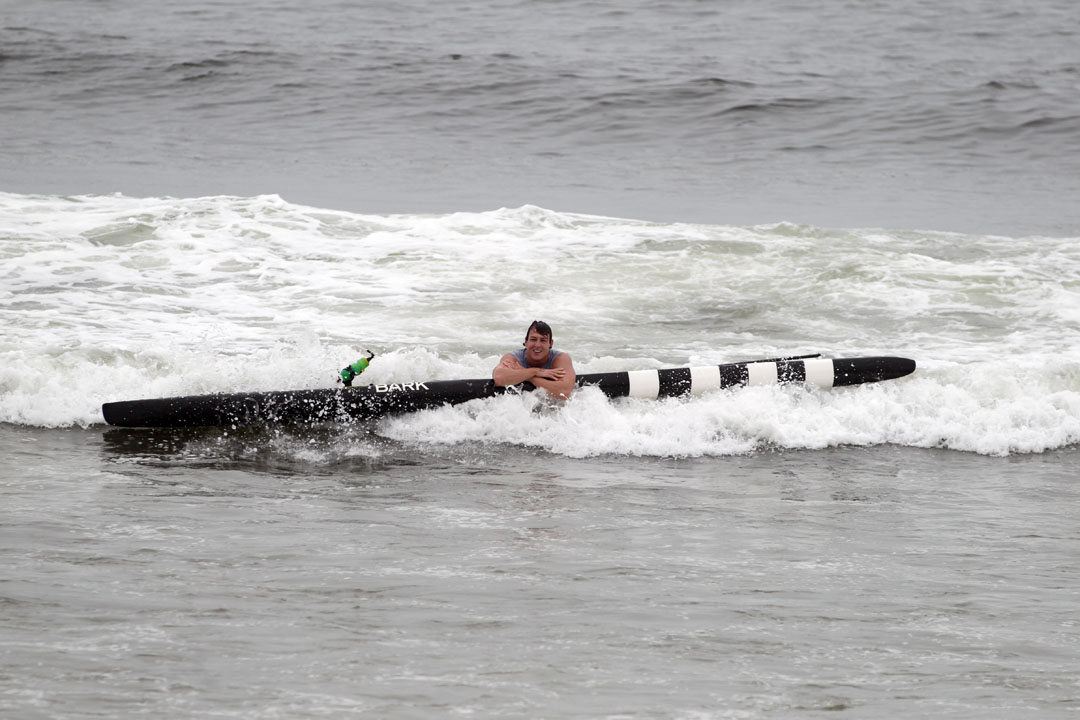 Max First cruises to  first place in the South Bay Paddle in Hermosa Beach on Saturday. Photo by Ray Vidal

The race drew over 90 paddlers, a dozen more than last year, making it the largest local paddleboard race since the Hennessey World Championship Paddleboard Race in 2011. 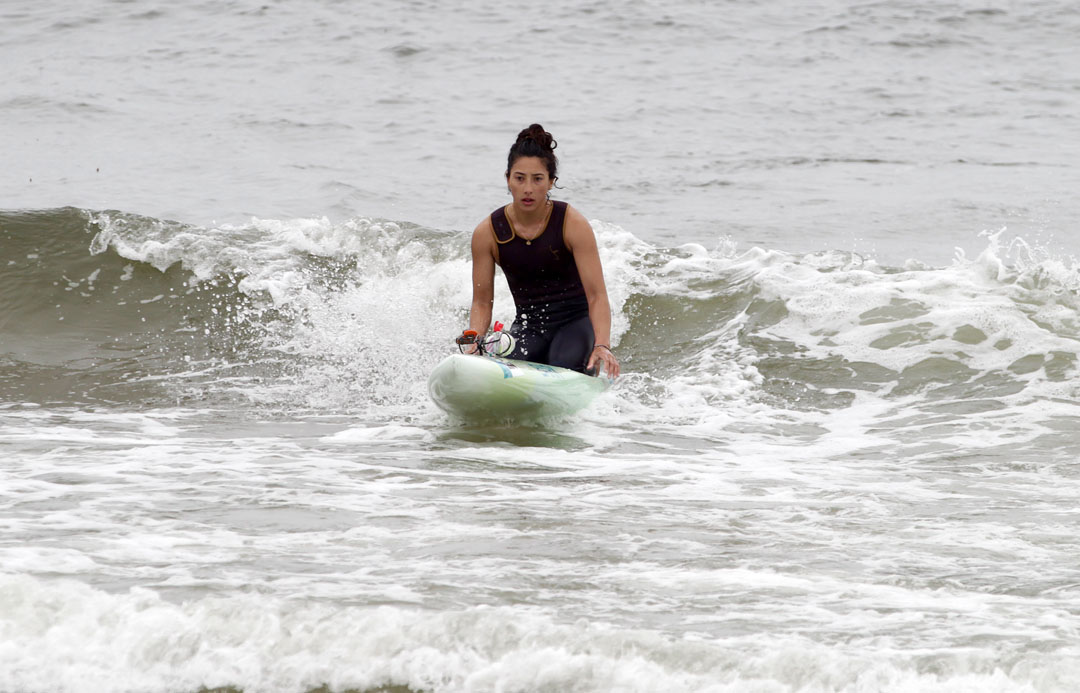 Los Angeles County Lifeguard Tiana Pugliese, who finished third in the women’s division last year, was first this year, in 2:52.16. Fellow lifeguard Jenna Solberg was second in 2:55:24. And Liz Hunter, of Oceanside, who won last year’s race was third in 2:58:22. All three paddled stock (12-foot) boards.

The triangle course runs south four miles from the Hermosa pier to Torrance Beach, then four miles out to sea to the R10 Buoy off Palos Verdes, and then back to the Hermosa Pier.

Conditions were smooth throughout the course, except for light chop during the approach to the R10. A  south wind gave the paddlers a push on the final leg. 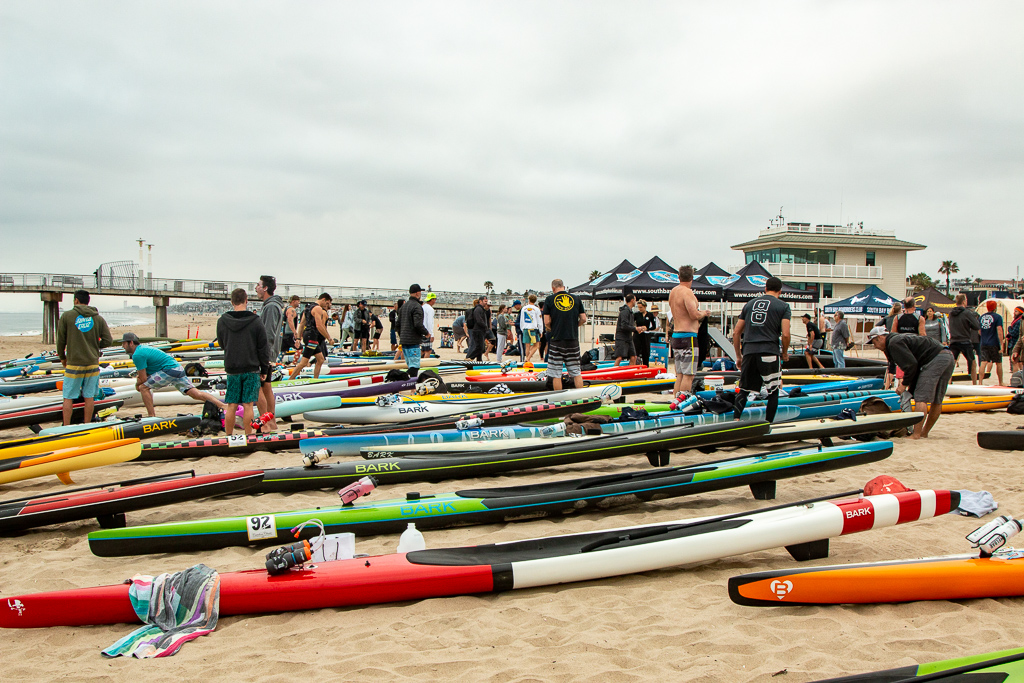 Approximately half of Saturday’s paddlers were training for, or attempting to qualify for the Catalina Classic Paddleboard Race on August 25. The others, like Los Angeles County Firefighters Ian Nicols and Sean Scully, were recreational surfers and paddlers drawn to the event by the camaraderie and their love of the ocean.

A second, three mile, short course race for young paddlers and out of shape adult paddlers went from the pier to the sail race buoys off of King Harbor and back to the pier. The top three finishers were Philip Barnett, 15, of El Segundo, in 28:23 (stock), Jex McCartney, of Hermosa, in 29:45 (unlimited), and Elijah Nielsen, 13, in 31:48 (stock).