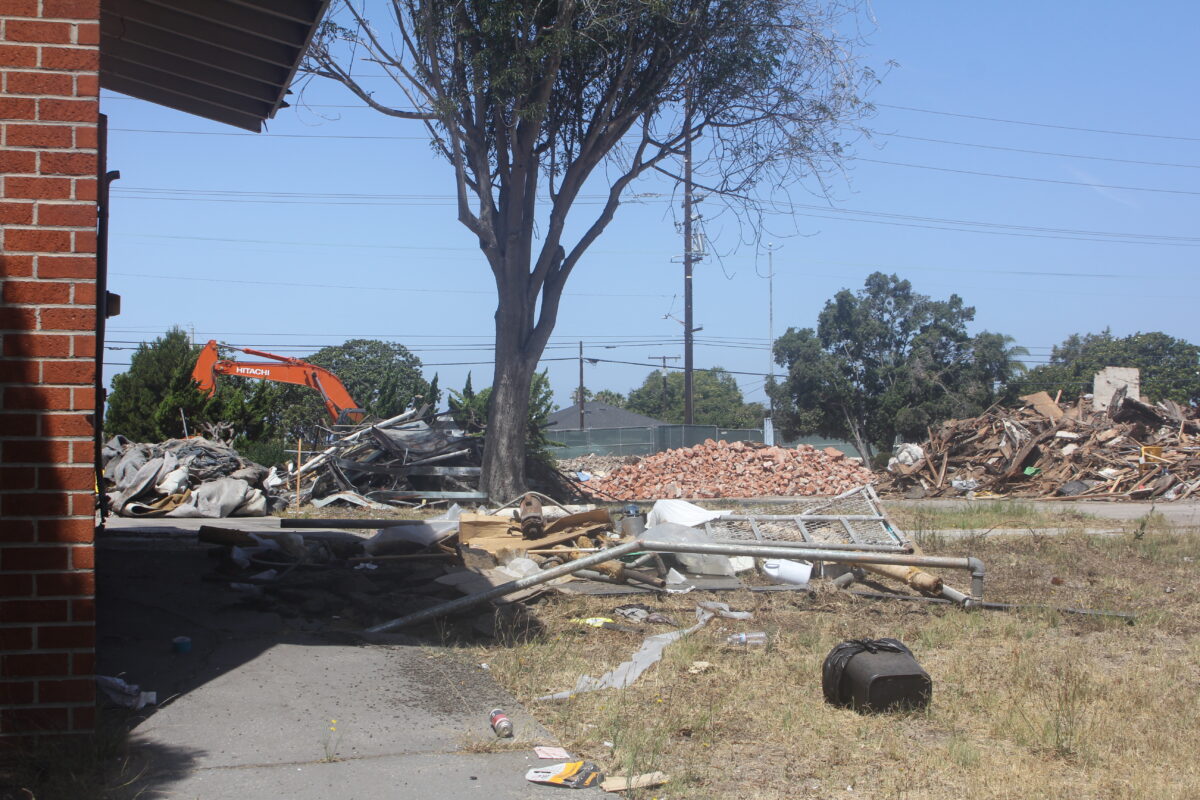 Was there a time capsule buried on these grounds at some point around 1970? Crews began to tear-down the former Franklin Elementary earlier in July. Photo by Garth Meyer

Less than two weeks remain until the groundbreaking for the Friendship Foundation Campus on the site of the newly torn-down former Franklin Elementary School.

But first, a time capsule may need to be found.

“I remember having my students do something for a time capsule,” said Geraldine Baluch, of Palos Verdes, who taught at the school in the early 1970s.

Today, her husband recalls her saying that students put notes to the future in a yellow “Chock Full o’ Nuts” coffee can.

On July 17, after seeing a post on a Franklin alumni Facebook page that the tear-down had begun, Baluch asked about the time capsule.

A first-grade student of 1970-71, Eric Andrews of Redondo Beach, said he remembered making a piece of artwork for such a purpose.

Maybe the time capsule was a barrel that was buried, suggested another alumnus.

It was put in the grass between classroom one and two, another former student wrote. Next to the tree, on Arbor Day, recalled another.

Baluch – known then as Miss Dramis – started working the case. She called the school district, then the Friendship Foundation.

“I’ve been racking my brain,” she said. “Is this something I dreamed? I don’t know which tree it would have been under.”

On Monday, Kelly Stroman, managing director of the Friendship Foundation, sent Andrews a drone-picture map of the site.

He put two X’s for where he believes the time capsule may be.

Now a veteran Boeing engineer in Long Beach, Andrews is fairly certain there is a buried time capsule on the site. 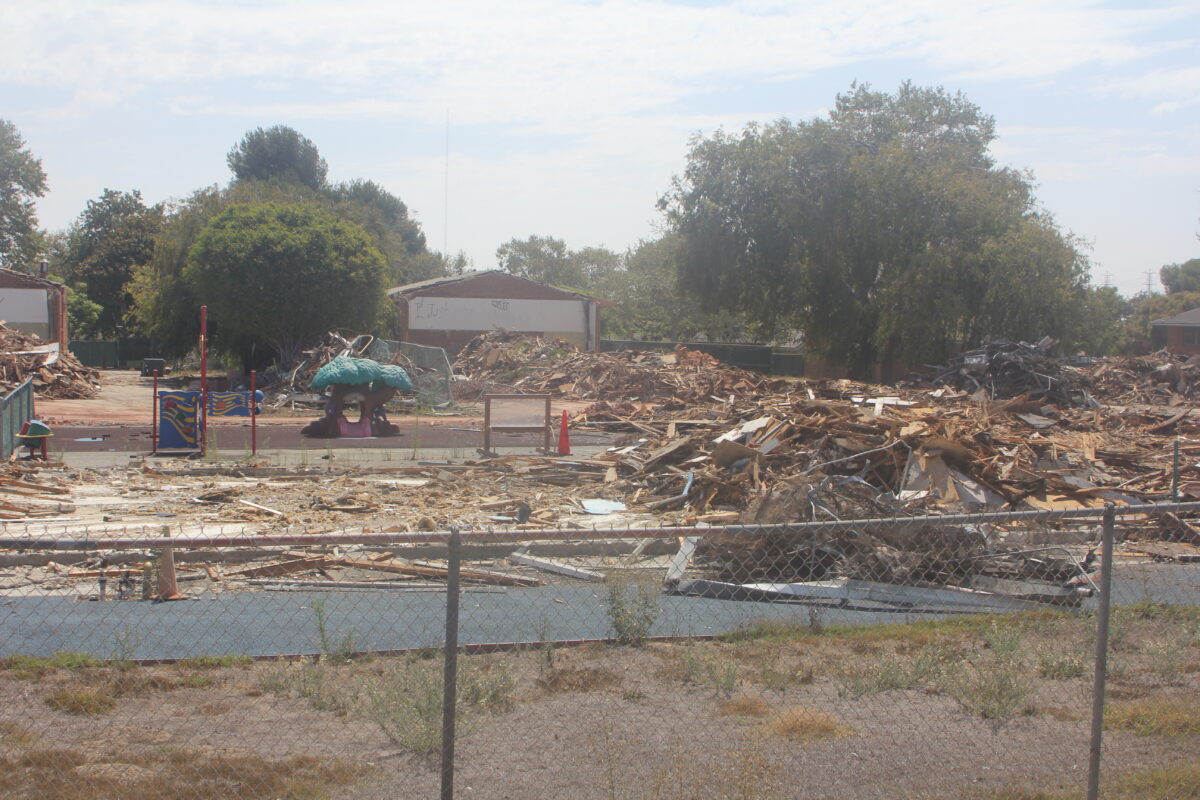 Much debris has yet to be cleared before the planned Aug. 10 groundbreaking for the Friendship Foundation campus. Photo by Garth Meyer

Nothing at this point is definitive.

“They kind of remember, but they might be (mistaken). All that type of verbage,” said Stroman.

Baluch hopes for an opportunity for someone, or a crew, with metal detectors to go over the property.

“It’s an active construction site. A very active site,” Stroman said. “Once the site is completely cleared, we will speak to our contractors to see what’s possible.”

Demolition is ongoing. After that comes grubbing (removal of cement, etc.) and grading the land.

No date has yet been announced for actual construction.

“It could really be a treasure trove,” she said.

“Our goal is to build this campus,” said Strohan. “We would love to find it, but I make no promises. This is not a wild goose hunt. We’re happy to help but can’t commit to what that is now.”

Baluch appreciates the attention the Foundation has given the matter, as do the scattered Franklin Elementary alumni who have heard about it.

“I remember the assignment, and the teacher (Miss Whiley) saying the time capsule was going to happen,” said Andrews. “It’s what I remember as a 6-year-old kid, but if they don’t find something, I don’t want to feel like Geraldo.”

Perhaps an answer will appear in the coming days or weeks.

“Finding it is not for me, it’s for the kids,” said Baluch. “All those wonderful kids that are now parents and grandparents. I don’t know what they put in there.” ER