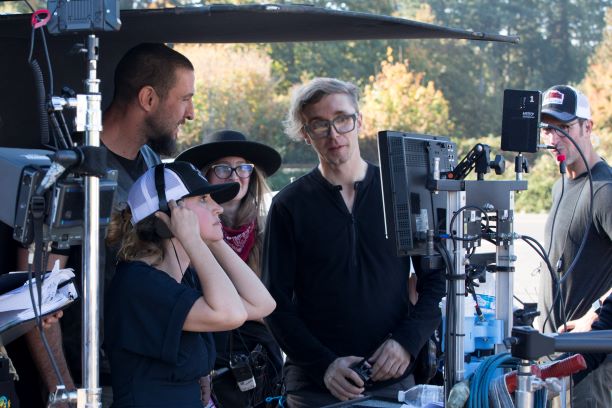 “Fairy tales can come true. They can happen to you, when you’re young at heart.” And no one has a younger heart than 75-year-old Redondo Beach resident Arnold Zimmerman who has just had a fairy tale come true. Against seemingly insurmountable odds, he has a film opening June 19 at the Tribeca Film Festival. Written and directed by Sabrina Doyle,

was executive produced and nurtured through the filmmaking process by Zimmerman.

It all started with a dream,  a story, a filmmaker who listened, and a vision that they shared. 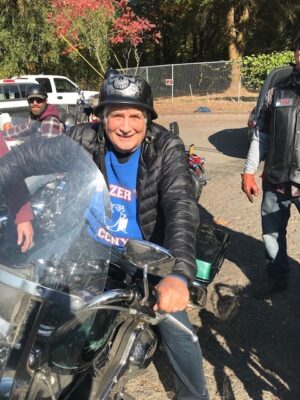 Arnold Zimmerman on the set of “Lorelei.”

Zimmerman and his business partner Michael Hollander ran a successful Executive Search Firm but there was still a scratch he wanted to itch. So way back in 1998, he enrolled in a UCLA extension course in filmmaking. Never abandoning his day job, he wrote screenplays and started going to film festivals. He had a story to tell and he wanted to find someone who might be able to take it from idea to page to screen. That’s where Sabrina Doyle enters the picture. The American Film Institute graduate did not have the kind of experience that would necessarily attract believers, but, as she pointed out, “This is a relationship business. The relationship started because we liked each other and we thought we could work together.”

When Arnie was in his 30s, he married a woman with four kids. All of a sudden, he was an instant father with an instant family. He envisioned this as the love story of a single man with no kids who meets a woman with four kids. After recounting episodes from his life as a stepfather, he told Sabrina that if she was interested in this premise, she could take the story in any direction she chose.

Sabrina was intrigued, but finding the right take was the hard part. It wasn’t her story and she needed to think about how to own the material. She wanted to write a film with a message of optimism and hope for the future. As she stated, “It’s about grasping what’s in front of you rather than getting hung up on what you’ve left behind.” Tonally, she started thinking about the film “Paris, Texas.” They watched it together. As she mentioned, she loved the melancholy of it. “The way the character finds his way to fatherhood.” But it’s through heartbreak and failure. This became the model for her script. “The stepdad and second chances and not getting it right the first time, but having the imagination, creativity, and resilience to keep going and see what’s in front of you and see the opportunity at hand.” The film resonated with Arnie as well and true to his word, he let her run with her take on his personal story.

Thus was born “Lorelei,” the story of Wayland, a recently paroled felon, reconnecting with Dolores, his high school love. Wayland, trying hard to stay out of trouble and away from his old biker gang, has to accept Dolores for who she is now, the mother of three children, all from different fathers. Working as a maid in a downscale motel was never part of her dream. Taking on someone else’s kids and trying to keep his head above water was never part of his.

Although the milieu and characters she chose couldn’t have been further from Arnie’s life experience, she did incorporate one of his anecdotes into an encounter between Wayland and Dolores’ son Denim Blue. Arnie had told her that when Brian, his youngest stepchild, was very young, he asked, “Can I call you Dad?” And Arnie said, “No.” As Arnie remembered, “I always felt it was the worst mistake I ever made in my life.” All of his stepchildren eventually called him Dad or Pop.

The script came to life, and Arnie was onboard with her vision for his idea.

But writing the story, finding the locations, and hiring the actors is only half of the picture. There are lots of potential films out there with great scripts. What they don’t have that Sabrina did, was Arnie Zimmerman as producer. The real trick is in the financing and that’s where he excelled. It’s about contacts and perseverance. As he said, “Having been a salesman my whole life, I’m used to banging on the phones non-stop. I probably called thousands of people and got rejection after rejections after rejections. But I also got hits after hits after hits. So it came about.”

With the money in place, they were able to hire producers Kevin Chinoy and Francesca Silvestri (“the Florida Project”) to manage the prep and shooting of the film. Through them they were able to attach actors Pablo Schreiber and Jena Malone as the two leads, Wayland and Dolores, both of whom took equity positions in order to keep the budget workable. They were a coup and really delivered.

There were bumps along the way but they were still able to stick to their filming schedule. They shot 21 days in Portland, Oregon, two days in Sacramento and two in LA. Location help came in interesting packages. When they lost their prison location outside of Portland, Valerie Hoyle, the Oregon Labor Commissioner helped them get an alternative. When they could not use Malibu for their beach sequences, the intrepid Arnie steered them to Rat Beach in Torrance.

Almost in the can and ready to show, COVID hit. They were unable to do any in-person work with the colorist and sound mixer until those offices opened up. Even so, they were able to send the film out for festival consideration. Being chosen to premiere at Tribeca in 2020 was both the highest and lowest points for them when the festival was canceled. Winning the jury prize at the 2020 Deauville, France American Film Prize was consolation.

But it’s a new day dawning and Tribeca has invited them back. Miracles do happen. And, Arnie said, “I’ve been blessed. I’ve been married for 43 years to an incredible wife, Jianulla, who’s like a mentor and also an Executive Producer on the film. And then I’ve had a business partner for 35 years who is a major investor in the film. You just can’t get two better people than I’ve had. I got lucky. When friends ask me, ‘When did you think this film would be successful?’ I always tell them, ‘The day I met Sabrina Doyle.’”

“Lorelei” will get an advance screening at the South Bay Film Society on Wednesday, June 23. It opens in theaters and VOD on July 30. ER