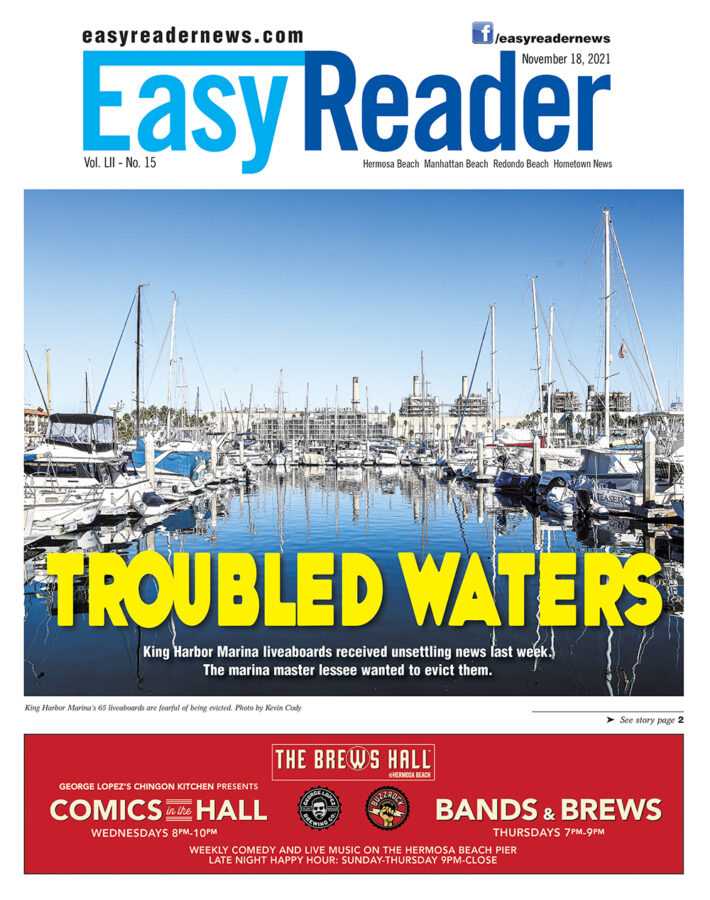 One by one, dock to dock, boat owners who live aboard their craft in King Harbor Marina were called to the office to talk to manager Michael Aker.

He told the liveaboards they would have to move out, as soon as next July.

“This was a complete surprise,” District Two Redondo Beach city councilman Todd Loewenstein said. “I had no idea this was coming.”

Neither did the 65 King Harbor Marina liveaboards, the last of whom moved in five years ago.

Many have lived on their boat in King Harbor for decades.

One of the newer residents, who asked not to be identified, said Aker told him the evictions were necessary because of renovations requested by the city.

“We obviously want the docks and the slips to be well-kept… But that was not related to the current issue, to my knowledge,” Loewenstein said.

Mayor Bill Brand indicated he was also unaware of the eviction notices until after the fact.

Ginsberg acquired the King Harbor Marina master lease in February 2020 from the Guthrie family, which had it since 1971. Master leases in the harbor are issued by the City.

The current agreement expires in 2032.

Following the meeting, Brand made a brief statement: “There are not going to be any evictions anytime soon. The city is in discussion with the leaseholder.”

“But what does that mean? That could be next week,” said the liveaboard who asked not to be identified.

Loewenstein said for at least the next six months, they are safe in their spots.

Since acquiring the King Harbor Marina lease, Gingsberg has made some minor changes.

In September, public parking rates went from $1 per hour to $3.35 per hour, and honor boxes were replaced by a pay-by-hour app. Monthly guest parking passes were discontinued.

The Harbor Commission voted unanimously to deny the request. 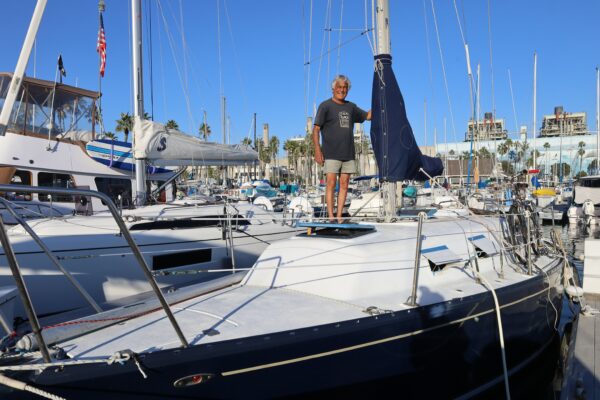 Rafael Fernandez, a retired architect, prefers living in his Hunter sailboat to living in his Redondo Beach house. Photo by Kevin Cody.

“I’m worried that these are not really friendly changes that consider the clientele down there,”  said Harbor Commission chairman Jim Carlson. “Looked at in the wrong light on the wrong day, it seems hostile. I don’t know what plans (Majestic) has down there.”

Other changes are wanted.

She and her husband Byron Porter have had a boat in the marina since 1981, and spent four years as liveaboards.

“But it doesn’t make sense to evict 65 people to renovate. I just think they’re making it so miserable that people just move.”

Joseph Lennon McCord has lived on his late father’s two masted ketch since 2012.

“The evictions just can’t happen,” said the actor and writer. “There’s a federal law. You can’t put seniors out on the street. Most of us are on pensions. The rent isn’t so bad. It’s not good. But it’s not bad.”

“It’s (for) more than a boat. It’s my home. Where I chose to live, and eventually die,” McCord said. “We’re talking about a bunch of new homeless people. They want us working class people out of here. That’s exactly the dilemma. We’re not moving. We’re not budging. Like everything, there’s a big class distinction.”

Liveaboard fees are about 50 percent more than basic slip fees.

“Everyone pays their rent, there’s no problem,” said a 26-year trawler resident, who also requested anonymity. “We are the security here. We’re employed people, retired people. We pay our way.”

Other boaters expressed appreciation for those living in the marina, keeping an eye on things.

Callahan and her husband moved on to their sailboat in 1993, after an earthquake damaged the Harbor Cove (now Crystal Cove) apartments.

During their four years in marina residence she reports that her husband saved a man from drowning, caught between a boat and a dock.

The couple also helped break up a theft ring that came to the King Harbor slips at night to steal from boats.

The thieves took the cover off the couple’s barbecue one night to use it to carry other stolen items. A karate instructor liveaboard a few slips down heard the yelling and intercepted the thieves before police were called. 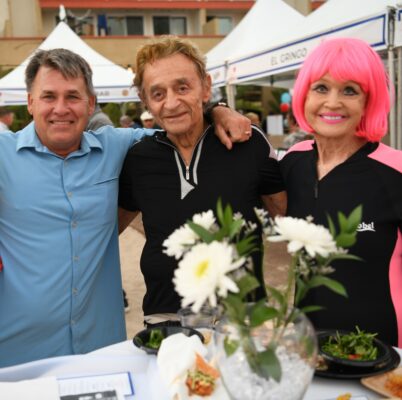 The Harbor Commission will discuss the threatened evictions at its next meeting, on Dec. 13.

“I hope we can get comment from Dr. Ginsburg or someone else in management to see what their reason and purpose is,” said Carlson. “Parking, ocean-access, live-aboards, the city entrusts the master leaseholder with an asset, you expect them to help the city, and these guys haven’t.”

Majestic’s other city leases include the Chart House Restaurant and Crystal Cove Apartments.

Easy Reader efforts to reach Ginsburg for comment for this article were unsuccessful.

“It’s a symbiotic relationship,” Loewenstein said. “This is not some type of silo, we work together on this. The city will continue in talks and negotiations with Dr. Ginsburg.”

A retired opthamologist, this past February Ginsburg and his wife Charlotte donated $29 million to UCLA for The Allen and Charlotte Ginsburg Center for Precision Genomic.

In 2020, the couple donated $10 million to USC for the Dr. Allen and Charlotte Ginsburg Human-Centered Computation Building. In 2019, they gave $2 million to the Aquarium of the Pacific. ER