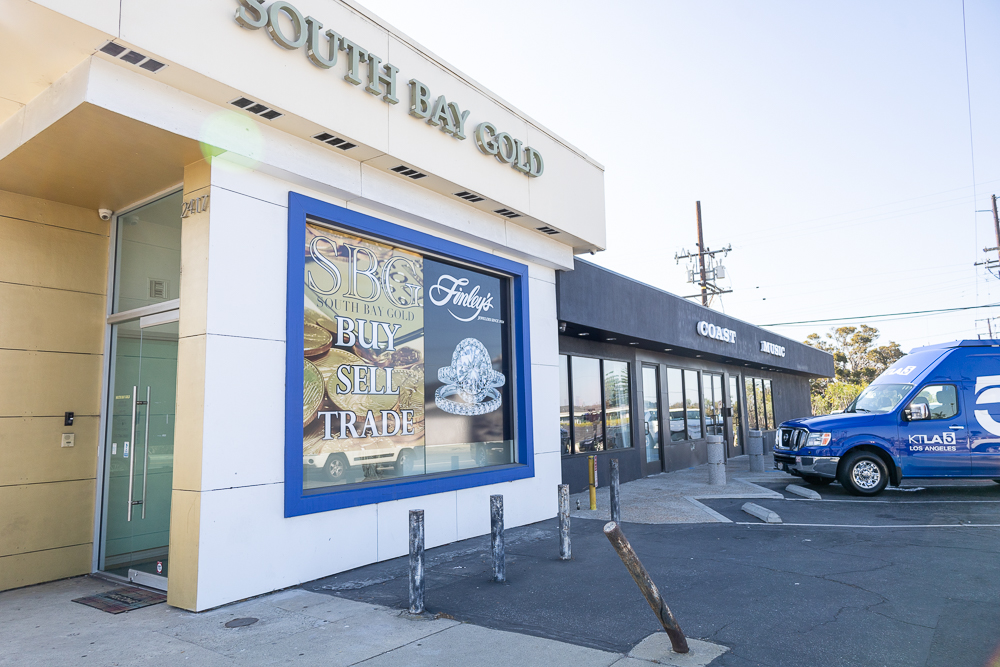 A bent parking lot pole indicates the path of a car involved in a collision that left 3 dead Tuesday night.

Three people were pronounced dead at the scene of a four car collision that took place Tuesday evening at approximately 9:45 p.m. at the intersection of Sepulveda Boulevard and Marine Avenue, in Manhattan Beach.

Two of the dead were identified by the Los Angeles County Coroner’s Office as Christian Mendoza, 48, and Katie-Jay Scott, 40, both of Redondo Beach. The third victim, a male ,was not identified, pending notification of next of kin.

Two adults and a juvenile were also involved in the accident. They were transported to area hospitals. The two adults were listed in serious condition and the juvenile in critical condition.

One of the cars came to rest at the southwest corner of Sepulveda, occupied by South Bay Gold and Coast Music. Another came to a stop on the northwest corner, in front of Sotheby Realty.

Channel 4 news video of the scene shows widely scattered debris including what appears to be an engine thrown from one of the cars, and landing in the intersection.

The investigation into what caused the collisions is ongoing. Witnesses are asked to  contact the Manhattan Beach Police Department at (310) 802-5140. ER