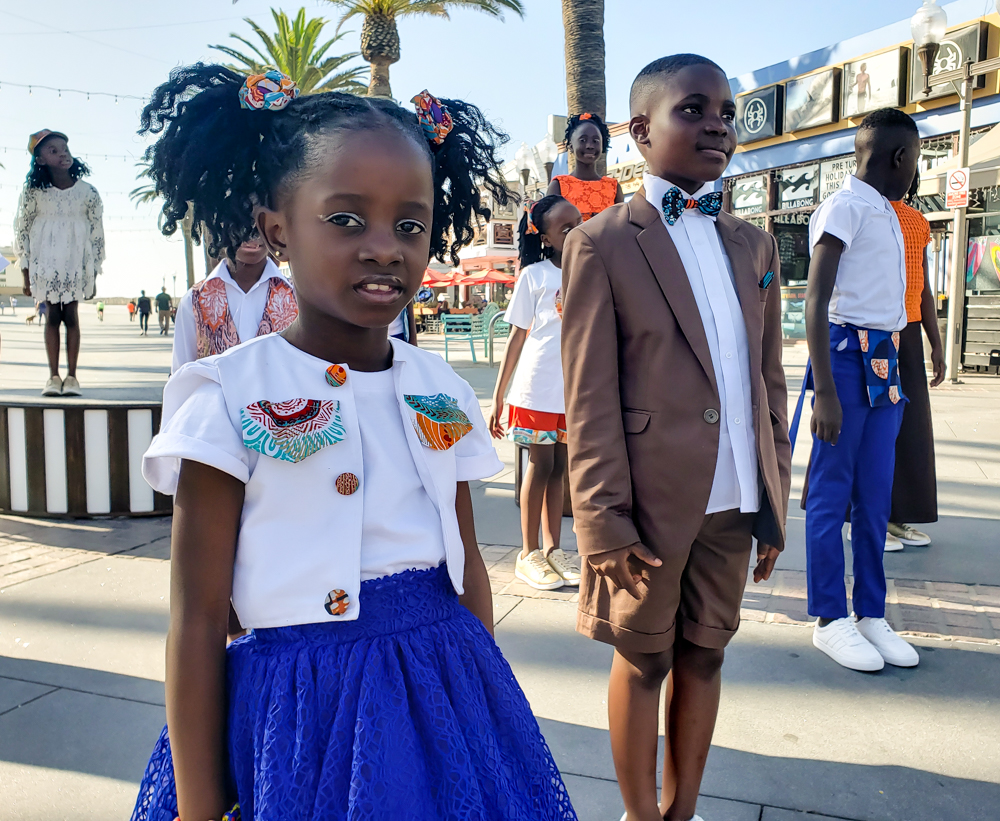 Members of the Watoto Children’s Choir record a video on Pier Avenue in Hermosa Beach on Friday. Photos by Kevin Cody

In 2007,  12-year-old Marvin Kivaga was living with his mother in his grandmother’s home in Uganda with 22 other family members. The grandmother could not care for so many people, so Kiyaga and his mother moved to Watoto.

Watoto is a cluster of villages near Kampala, Uganda, founded by Canadian missionaries Gary and Marilyn Skinner to care for AIDs and Children’s Army orphans.

Kiyaga’s mother became a house mother to six Watoto orphans. Kiyaga became a member of the Watoto Children’s Choir. The choir was founded in 1994 to give Watoto children a sense of purpose and responsibility and exposure to other cultures.

The year Kiyaga joined the choir, it toured the United States. One of their performances was at the Resurrection Lutheran Church in Redondo Beach. Parishioner Corina O’Neill hosted Kiyagan and several other choir members in her Torrance home. Kiyaga spent his free time playing a drum set he found in O’Neill’s garage. 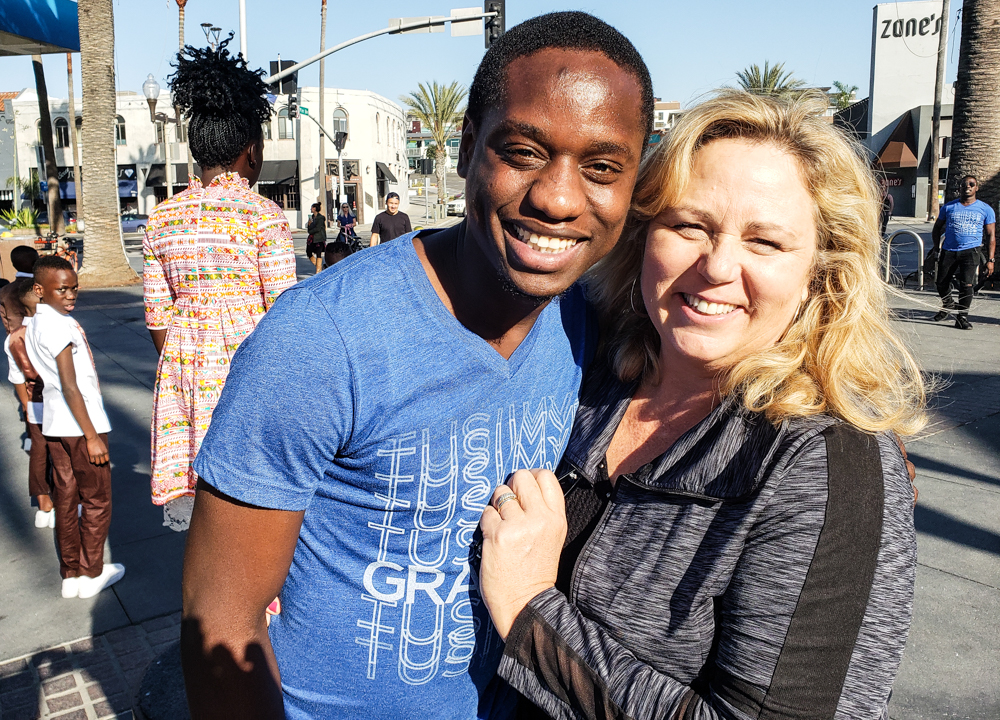 Marvin Kiyaga and Coreen O’Neill, who hosted Kiyaga and other members of the Watoto Children’s Choir at her home.

As a parting gift O’Neill gave Kiyaga the drum sticks he had been using.

Two week’s ago Kiyaga returned to the South Bay with the children’s choir as a chaperone and drummer. He invited O’Neill to the choir’s performance at Hope Chapel in Hermosa Beach.

After the performance, Kiyaga told O’Neill that in the 12 years since he last saw her, he had become a drummer in a church band and earned a college degree in business. Without the drum sticks, he would not have joined the church band. And without joining the church band he would have lost his way and never gone to college, he told her. ER 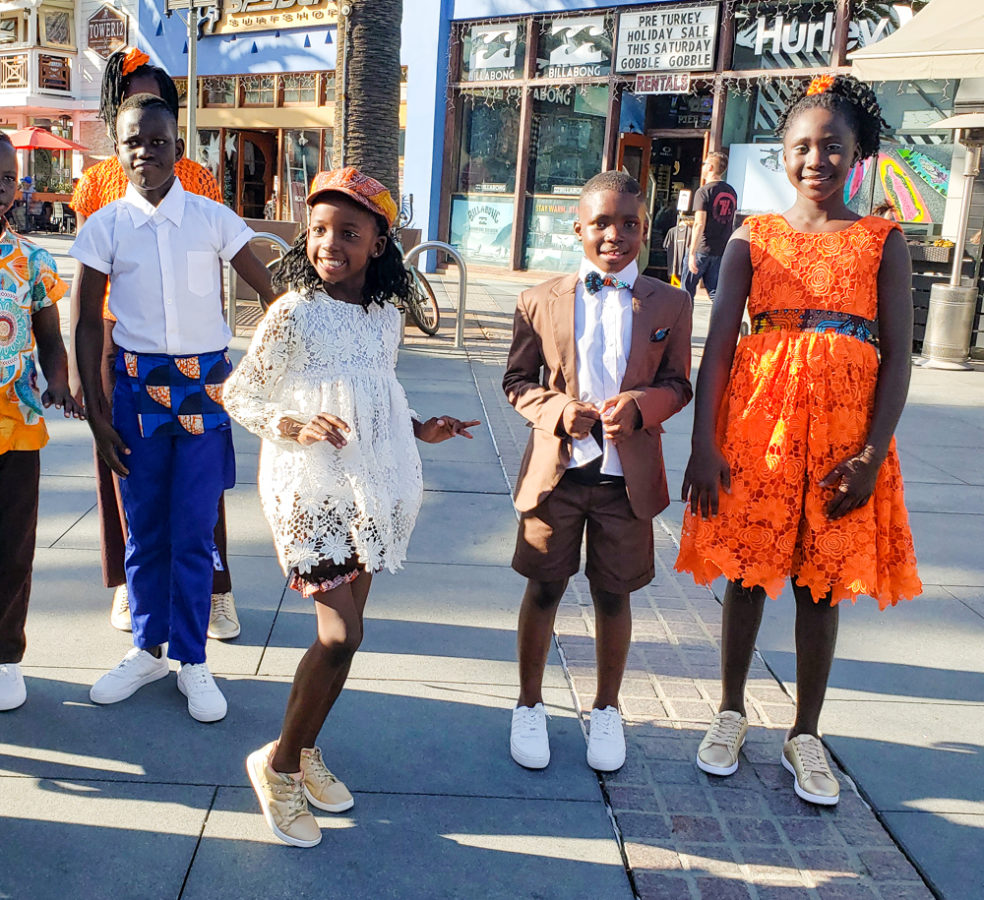 Members of the Watoto Children’s Choir on Pier Ave perform for a video on Pier Avenue in Hermosa Beach on Friday.