Virus puts other medical services on hold in South Bay 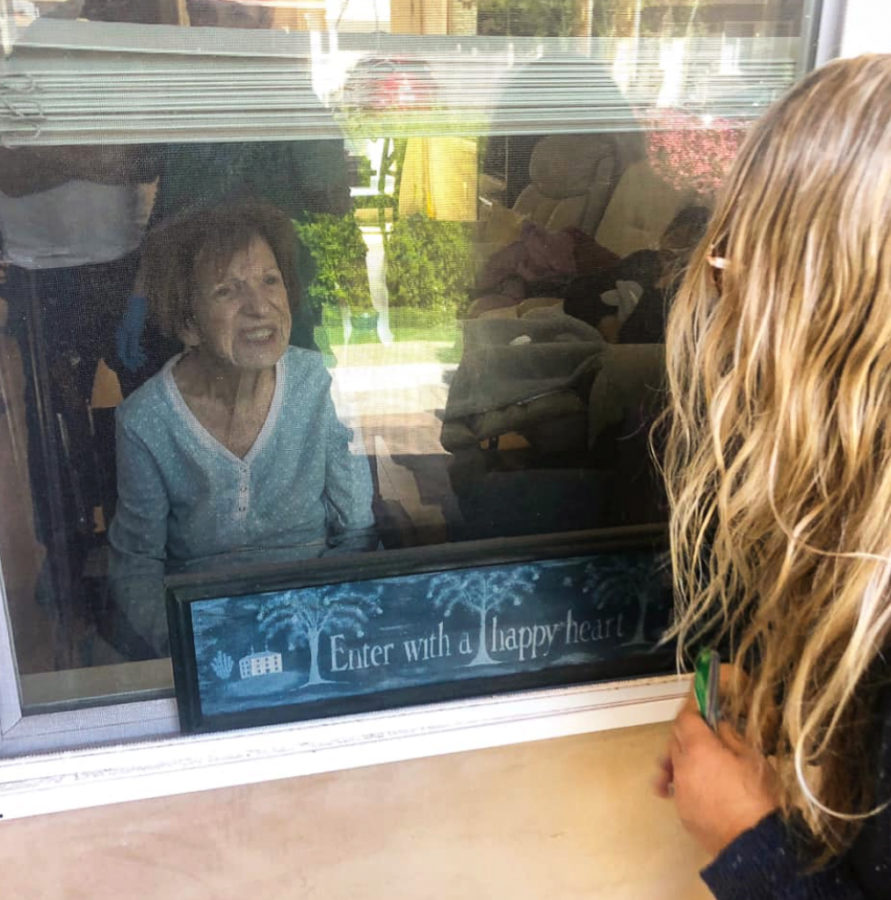 Hermosa resident Cindy Whitehead is unable to go inside the assisted living home where her mom Mimi lives because of concerns about the spread of the coronavirus. Photo by Ian Logan

On the afternoon of St. Patrick’s Day, bartender My Long Pham had just finished up a shift made short and uneventful by the coronavirus pandemic, and was riding home up Pier Avenue in Hermosa Beach on his scooter when everything went black.

He woke up, dazed, in a hospital bed at Harbor-UCLA Medical Center. Pham has no memory of the accident, but police told him witnesses to the accident say he was thrown from his scooter after swerving and breaking to avoid a car that jutted into his lane. He spent about 11 hours in a trauma ward, was discharged about 1 a.m., then returned the next morning for a brief follow-up.

He’s glad to be out, and feels lucky he didn’t require more extensive surgery. He was sent home, however, not quite good as new, with a broken nose and several missing teeth. Those ailments are unlikely to get fixed for a while.

“I’m just recuperating right now. My nose is broken, and I need to get my teeth fixed. But I guess I’m just going to be sitting here with missing teeth and a broken nose until this all stops,” Pham said.

In order to limit the stress on the medical system during what is expected to be a surge in of COVID-19, the disease caused by the coronavirus, many medical procedures are being delayed. Other procedures and patients face changes and new regulations to prevent medical facilities from becoming a breeding ground for new cases.

“Elective” can be in the eye of the beholder. Palos Verdes Estates resident Kerry Welsh was scheduled to have surgery to repair a herniated disk in his neck. He’s an active tennis player and golfer, and described himself as being in “tremendous pain” and felt “incapacitated.” After the surgery was cancelled, he was able to get an epidural, which has so far provided relief.

Some medical care, however, waits for no one. One Redondo Beach man and his wife are awaiting birth of their first child, due date April 1. The man, who asked that his name not be used, said that he and his wife have been early adopters of social distancing recommendations. With concerns about the lowered immune response of pregnant women, they avoided meeting with friends and stayed home as much as possible. He and his wife started to grow concerned, however, when it became clear how much the pandemic would affect the broader healthcare system.

They asked their doctor about inducing labor to avoid being in a hospital during a surge of patients. But the doctor counseled them against it, saying that inducing labor can elongate the process. They felt reassured and refocused on the “the first priority: a healthy baby.”

“The best part of that call was being reminded that maternity ward nurses are always comfortable under stress. If you go in there, it’s like nothing is different. Everyone’s happy, babies are being born,” the man said.

They intend to have their baby at Providence Little Company of Mary, and have been told that, within two to three hours of his wife giving birth, he will have to leave the hospital. Asked in an email whether there were limitations on how long new fathers could stay following birth, a spokesperson for Torrance Memorial pointed to a page on the hospital’s website announcing changes to visitation policies, which indicate that “one visitor per patient will be allowed at a time” in labor and delivery areas, but does not address time limits.

It’s unclear how long social isolation recommendations will remain in place after the Redondo couple have their baby. The recommendations mean that they will be unable to expect much in the way of help from the friends or family that new parents often lean on. On the other hand, the conditions the pandemic has created crystallized what was already their focus.

“When you have a baby, you’re locked in for the first two months just trying to keep the human alive. There’s not an expectation about not being able to go out. You’re not wondering when you’re going to be able to go back out to a restaurant,” the man said.

Other medical issues have left people feeling caught between competing concerns. Hermosa resident Cindy Whitehead’s stepfather died earlier this month while in hospice overseen by Torrance Memorial. The cause of death, Whitehead said, was congestive heart failure. She had already made arrangements with a local mortuary. But with public health authorities preventing large public gatherings, and federal officials discouraging travel, Whitehead has been unable to plan her stepfather’s funeral.

He was cremated, and the mortuary told her it can hold his ashes for up to a year, but her woes are compounded by the situation with her mother, who suffers from dementia and lives in an assisted living home in the South Bay. In order to prevent the spread of the virus, the facility shut its doors to visitors, including family, the day before her stepfather died.

“Because I haven’t been able to be in there, she doesn’t know her husband passed away,” Whitehead said. She can’t imagine delivering such news over the phone, adding that in her experience people with dementia find it especially hard to understand conversations over the phone. “I can’t see her in person, and I just don’t know how she will process the information.” ER