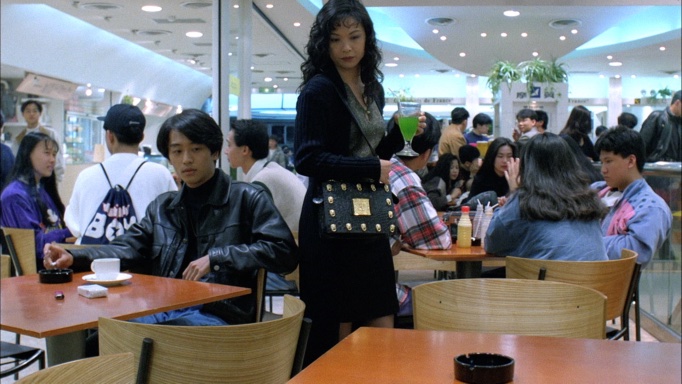 Chen Chao-jung as Ah-Jung and Yang Kuei-mei as May Lin in "Vive L'Amour." Photo courtesy of Film Movement. 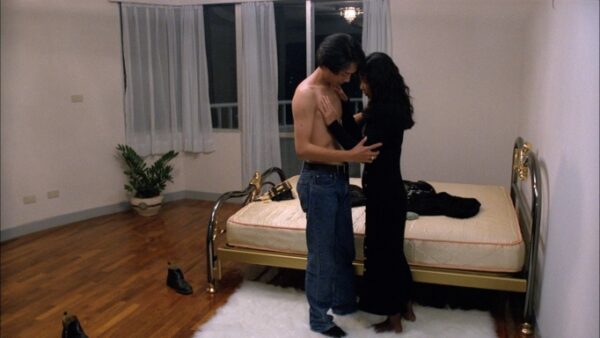 Chen Chao-jung as Ah-Jung and Yang Kuei-mei as May Lin in “Vive L’Amour.” Photo courtesy of Film Movement.

“Vive L’Amour,” the 1994 Venice Film Festival Golden Lion winner directed by Tsai Ming-liang, is a puzzle within a puzzle. Clearly inspired by the early French New Wave films of Michelangelo Antonioni, it is a film about everything and nothing at all. Darkly funny and deadly serious, the seemingly disparate lives of three people intertwine in a vacant apartment in Taipei.

Beautiful May Lin has an enviable career as a real estate agent. She’s successful, independent, and bored of everything and everybody. Slumming the seamier side of the city at night, she trolls the clothing knock-off markets where she spots Ah-Jung. In a cat and mouse chase, where she alternates between prey and captor, she lures him to a vacant apartment under her control.

Neither is aware that Hsiao-kang is secretly squatting there. Suicidal, he had been staying there as he contemplated how he might do away with himself. Slitting his wrist in the pristine bathroom with a Swiss army knife did little other than make a mess he had to clean. Like May Lin, there is a void in his life. He sells vaults for cremation urns and is clearly less enamored of the job than his older colleagues. A young crypt salesman is the embodiment of a contradiction in terms.

When May Lin leaves her secret sex sanctuary after a night of what may or may not have been a satisfactory encounter, Ah-Jung decides to stay. Finally a semi-permanent abode to go along with his semi-permanent existence. Ah-Jung’s needs are minimal and he’s happy that way. Avoiding arrest for selling black market goods is the only concern of this handsome, dissolute young man. 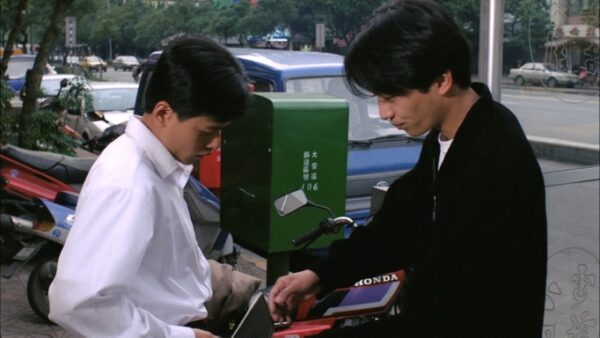 One evening, Ah-Jung discovers Hsiao-kang in the apartment. In this case the circle of life becomes a triangle. The apartment and his friendship with Ah-Jung has triggered a release and a sexual awakening in Hsiao-kang. The two men bond with the unknowing May Lin in the middle of a “she likes him and he likes him and the him likes himself.”

Nothing and everything happen in the course of this film. We follow director Tsai Ming-liang on this seemingly aimless voyage of several days in the pointless lives of these three characters. Not quite as existential a trip as Antonioni’s “Last Year at Marienbad” or “La Notte,” it’s mesmerizing nonetheless. And funny, too. Not laugh out loud funny, but you’ll find yourself smiling and not really know why.

Ah-Jung, a hedonist at heart, takes pleasure in getting away with the little things that make up his life. There are no grander goals. Just the thought of poor Hsiao-kang selling funeral vaults and discovering his female side heightens the underlying absurdity of investigating these three lives of differing levels of angst. Make that two lives because there seems to be very little depth, angst, or need in the life of the Ah-Jung. It is May Lin who anchors the story with the depth of her despair in her mere existence. She is the classic Antonioni heroine whose unhappiness is as deep as her pockets. 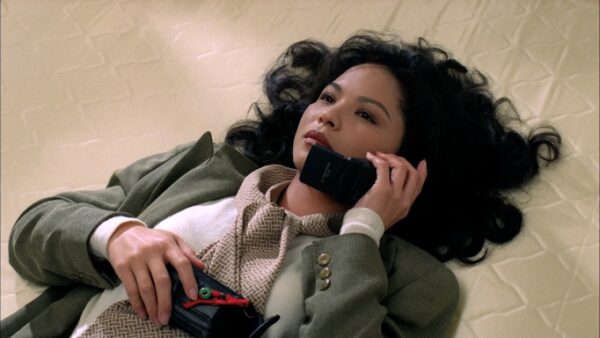 Yang Kuei-mei as May Lin in “Vive L’Amour.” Photo courtesy of Film Movement.

May Lin is played elegantly by Yang Kuei-mei who wears her hopelessness like a set of pearls tightening around her neck. Chen Chao-jung as Ah-Jung uses his casual posture and leisurely gait to fully convey the louche nature of his character. And finally, Lee Kang-sheng (Hsiao-kang), who went on to star in many of Tsai Ming-liang’s next films, wields his sad eyes and slumped shoulders to underpin his sadness and longing.

“Vive l’Amour” is being released in a new 2K restoration that brightens the colors and heightens the contrast. No matter the reason, see this film and enjoy trying to discover the solution to this Rubik’s cube of intertwining emotions.

In Mandarin with English subtitles.