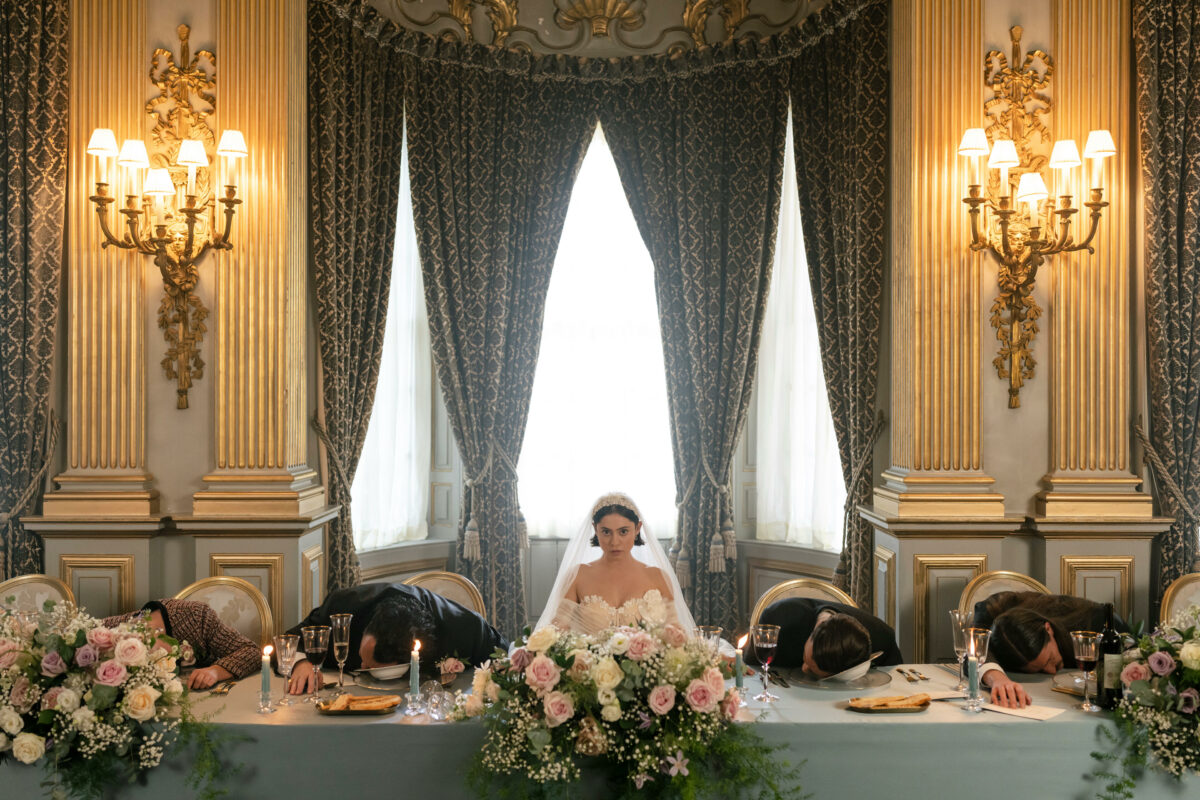 “Wedding Season,”a new limited series from Hulu,  starts fresh out of the box filled with possibilities that are ultimately not fulfilled. Episode one, introducing all the characters, rife with promise, humor, and pathology, is gradually eroded away in the subsequent episodes.

Opening on an elaborate cathedral wedding, we see Stefan as he enters the church, much like Benjamin Braddock at the end of “The Graduate,” and tries to stop the ceremony, declaring that he and Katie, the bride, are meant to be together and she should immediately leave with him. Angry and direct, she walks toward Stefan and heatedly disabuses him of any thoughts he might be holding about her and her commitment to Hugo, her soon-to-be husband, as the camera focuses on his devastated face. Quick cut to a police station, and Stefan is being interrogated by two detectives.

All episodes go back and forth in time, a technique that both fills in important details while, at the same time, disorienting the viewer. 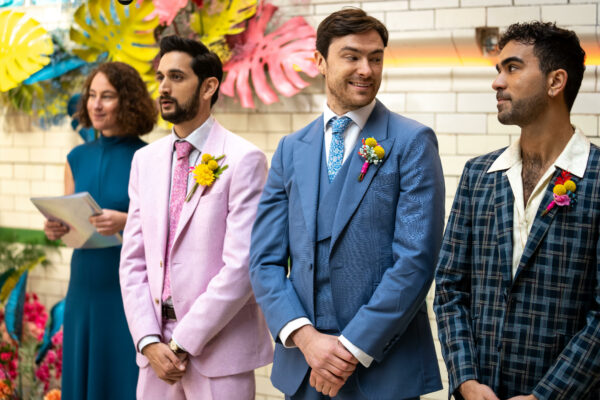 Returning to an earlier moment in time, we first meet Stefan at another wedding. Beyond needy, constantly falling in love, he suffers the ultimate humiliation when, against the advice of all his friends, he decides to propose to his current girlfriend at this friend’s wedding. Not only is this a “totally dick move” as one of his companions points out, but she’s not that into him and it won’t go well. Ignoring their counsel, following her outside, he gets down on his knees, even as she exhorts him not to do what he’s about to do, and proposes. How right they were. Not only has he ruined an important moment for the bride and groom, but his embarrassment at her refusal is recorded for posterity by the other wedding guests. Devastated, tail between his legs, he returns to the reception where he meets Katie. All the signs of her sociopathy are evident from the beginning. She’s a thief, a liar, and a cheat, but he’s smitten and even more so when she shags him in the bathroom, disappearing soon after. It will be his mission to find her again, and unfortunately for him, he does.

His friends, skeptical of his hookup and longing, are well aware of his maturational inadequacies. But a more supportive, dysfunctional group would be hard to find. Leila and Anil, engaged, parse their relationship and wedding planning to hilarious effect. Luckily for Stefan, Leila is the crack lawyer he’ll soon need. Suji, missing the radar to detect appropriate partners, will hook up with almost anyone with a pulse, substituting the cheap thrill for attachment. That she needs outside advice before she hits on a cute young teenager is par for the course. That she approaches him anyway is a foregone conclusion. Jackson, gay, is a commitment-phobe who has passed on many an opportunity with ensuing regrets. They are all fully developed and deserve more screen time. 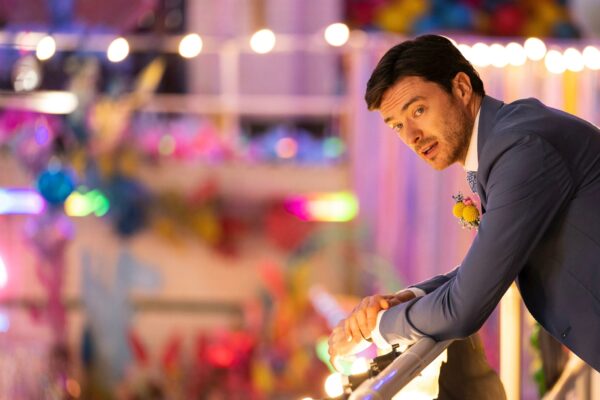 Jump cut again to the police station interrogation and we learn that Stefan is a suspect in the murders of Katie’s new inlaws at the reception. Everyone at the head table, with the exception of Katie, has keeled over onto their plates. Poisoning is suspected, as is Katie, who has done a runner. Because of Stefan’s actions at the ceremony, he becomes a prime suspect as well. When Katie springs him from custody, they’re off to the races.

This is actually a great premise that is undermined by constant red herrings and the need to continue the chase and back story for an interminable eight episodes (seven of which were available for review). Story threads become frayed with the introduction of alternative plots, characters, flights, locations (Las Vegas among them), and dead ends that have the effect of dulling any desire to stay with the story until the end. As the last episode had not yet been released, I cannot attest to whether the chase was fruitful. By the fourth or fifth episode I no longer cared about either Katie or Stefan. What I wanted was more of the supporting cast who were always interesting, brought a smile to my face, and were a respite from the deliberately scripted freneticism of the Katie-Stefan plot. I almost wish she’d done it, but obviously, as the main and really only suspect, experience tells you she couldn’t have.

Gavin Drea as Stefan plays his one note incredulity to advantage at the beginning but it wears badly and eventually you’re hoping for less. That Stefan, a good looking physician, is so needy and such a loser is never really explored. Katie, played by Rosa Salazar, is as much one note playing her wide-eyed sociopath as Stefan is in his insecurity. Her flat affect, along with her flat, unmodulated voice, is soporific.

The supporting cast is outstanding. Callie Cooke is Leila, a no-nonsense, confident attorney about to be married to Anil (Bhav Joshi), a bundle of nerves who rethinks everything to the nth degree. Ionna Kimbook as Suji is constantly looking for sex in all the wrong places, always with a well-placed bon mot and an eye to purposely disappointing her tiger mom. Jackson (Omar Baroud) is the gay counterpart to both Suji and Stefan, falling in love easily and pushing his partners away when commitment may be involved. He and Suji benefit from the best dialogue in the script.

Oliver Lyttelton created the series and would have been well-advised to cut it to a maximum of six episodes from its bloated eight. Trying for a screwball comedy-effect, he ignored the lesson to keep it moving forward while keeping it moving swiftly. He got the swiftly part right. Director George Kane knows a fast cut when he sees one but, again, the redundancies and uncredible additional storylines don’t work to his advantage.