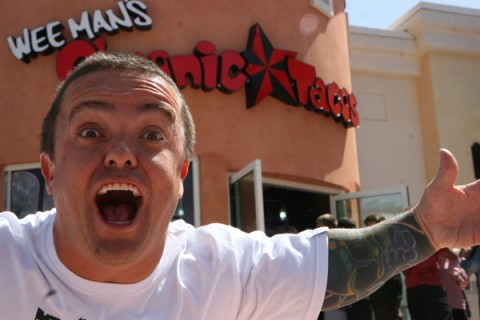 Randy Wyner and  Dan  Biello didn’t need any help selling tacos. Their tacos were, after all, chronic.

Chronic Tacos started with a single 700 sq. ft. shop in Newport Beach eight years ago that was essentially built because the then 26-year-old Wyner was tired of biking so far to find a good taco. He didn’t know much about the restaurant business, but he was a taco-eating connoisseur. He obtained a third generation recipe from a Mexican-American friend, borrowed the name from his clothing line, Chronic Enterprises, and before he knew it, every day lines stretched out the doors of people likewise in search of a few good tacos.

Twenty-eight Chronic Taco stores have opened since, and almost always with the same result: lines out the door, day in and day out. People get addicted to the Chronic real quick.

And so when the young business partners – friends from childhood – received a call from a guy inquiring about expanding the Chronic brand about a year-and-a-half ago, neither was particularly interested.

“We are not really into branding out or anything like that,” Biello told the caller.

But the guy on the phone had an idea.

Blake Peterson had experienced a “Eureka” moment while eating at the Chronic Taco in Corona. He’d never been in the restaurant business, either. He’d had worked 13 years as a photographer and more recently had opened a tattoo parlor. But the minute he tasted that taco, Peterson had a vision: he wanted to bring Chronic Tacos to his favorite place in the world, the South Bay.

He told Biello and Wyner that he had a “high profile” partner who wanted to help with this mission.

“I was blown away,” Wyner later said. “Because I knew the mix would be rad.”

Jason Acuña, aka Wee Man, cuts a large and uniquely playful swath in the cultural landscape of Southern California. He first came to some slight fame as professional skateboarder. He is an extremely athletic 4-foot-7 dwarf whose bold street style made him part of the sport’s pop culture ascension a decade ago. He then became an international celebrity as one of the Jackass crew, a group of merry pranksters whose stunts (including barreling down a Los Angeles hill in an oversized shopping cart full-bore into a fruit stand, a madly grinning Wee Man at the forefront) were chronicled in an MTV series and two subsequent movies (Jackass 3 is in the works).

Chronic Tacos, in addition to their fare, features a laidback atmosphere – beer, TVs with action sports, hip but funky design, and an invitation on each store’s menu to “pack your bowl” with any of its  assortment of meats and beans. Part of the corporate mission statement includes a vow to “keep it real” with fresh food and provide a place for “that Chronic Break.”

Peterson, a childhood friend of Wee Man’s, set up a meeting. Wyner was still so blown away he wasn’t entirely positive Wee Man would actually show up. But at 8 p.m. sharp a few nights later, in walked Wee Man. Everybody hit it off. The two pairs of old friends agreed to join forces almost from the outset of the meeting.

“Randy is a business machine,” Peterson said. “And he is the most kind-hearted, honest man I have met in a long time. I mean, he is so smart, so business savvy, and such a good person, it makes it fun to work with him. If we’d met with somebody that was kind of like a weirdo or whatever, it wouldn’t have worked, especially with Wee Man. He is very particular – about who he does business with and is friends with and things like that. If there is some weirdness about somebody, nixed.  And we just clicked…We had such a good time. It’s a celebration all the time with Randy, and with Wee Man. Same, same.” 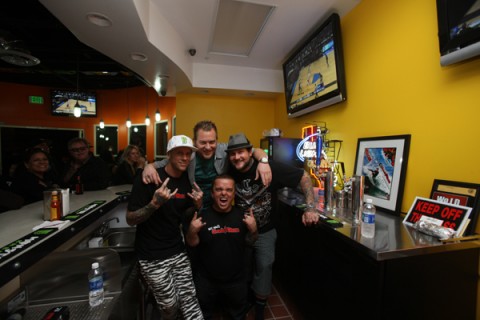 For Wee Man, it was simple. Chronic Tacos sounded like good fun.

“I mean, that’s what I’ve always said – if it’s not fun, why do it?” Wee Man said. “It’s not about the money, it’s not about whatever. I just want people to come in and for like 30 minutes of their day eat and have a great time. Yep. And who doesn’t like tacos?”