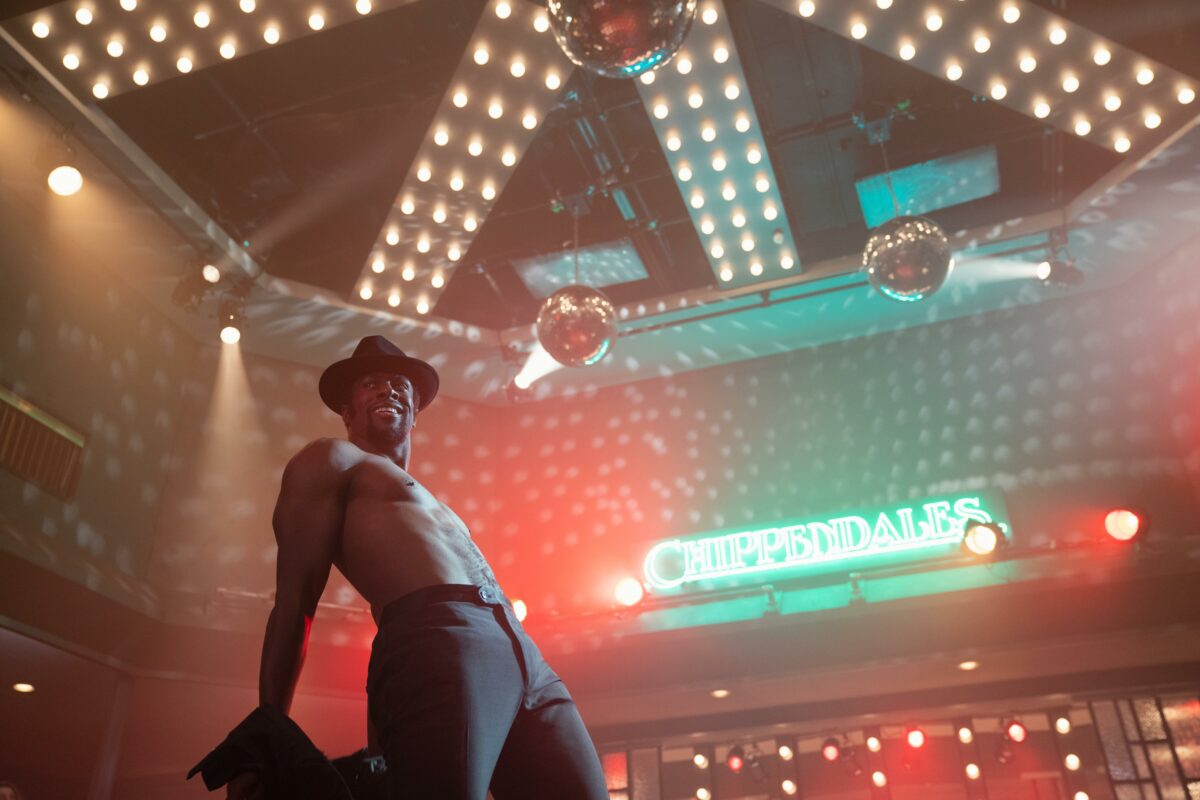 “Welcome to Chippendales,” the salacious and sordid account of the now-iconic role-reversal strip club should be better than it is. A compelling story filled with larger than life characters and a stranger than fiction true crime tale is somehow lacking a core. I’ve been struggling to put my finger on why such an outrageous true story is not more compelling. Others have tried telling the incredible story of Indian immigrant Somen “Steve” Banerjee and have also come up short. 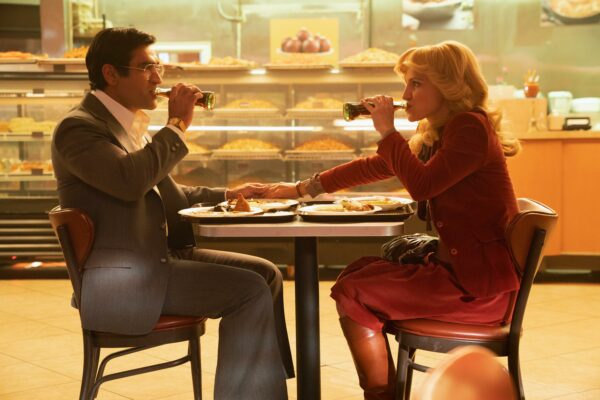 Briefly, Steve Banerjee, who started out managing a Mobile gas station in Los Angeles, had high aspirations. His role model was Hugh Hefner, the man he admired the most. A celebrity adjacent encounter with Dorothy Stratten, a recent centerfold, and her sleazy husband Paul Snider in 1979 was as close as he ever got, but it was close enough for what he needed. Snider became his business partner and together they came up with various ideas for a club that Banerjee had purchased on Overland Avenue in Palms. The concept that stuck was a strip club for women.

But something was missing. There was no style, no panache, no caché and this is where Nick de Noia comes in and Snider, who would soon murder his wife, goes out. Snider had no vision but Nick, a choreographer and director, with two, count ‘em two, Emmys, convinces Steve that he needs the Hollywood touch that only he can provide. Steve, in the first obvious sign of his lack of experience, is dazzled by the two Emmys without doing any followup. It’s not that Nick wasn’t the real deal, because he was, but his Emmys were for a children’s show called “Unicorn Tales,” hardly the calling card for an adult dance promoter. Nevertheless, Nick lifted Chippendales into a different category of adult entertainment and was soon hired on a permanent basis.

With Nick, larger than life and definitely not shy in taking credit for his own creations, Chippendales becomes a major hit with lines out the door. But, as will be the pattern for the rest of his life, Steve seethes with jealousy. Instead of capitalizing on the club’s success and the unbelievable amounts of money he was earning, he plotted ways to minimize Nick’s contribution. There was only enough sun for Steve who never learned that creative instincts were not his forte. Unfortunately neither was collaboration. Steve was surrounded by talent. He married his brilliant accountant but never ceased to go behind her back with schemes he was sure would make even more money. They didn’t. 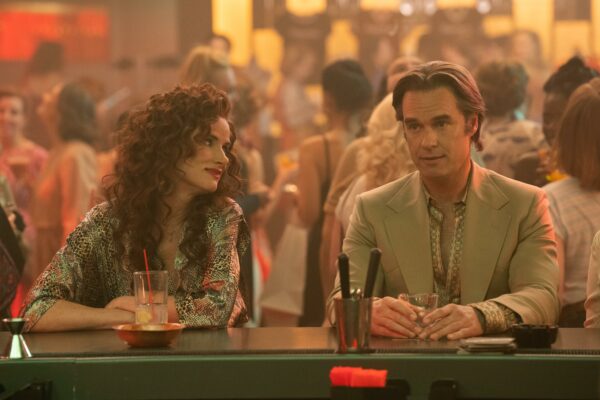 Nick worked with a costume designer and stage manager who came up with the idea for tear-away pants, a brilliant concept that kept the dancers moving so they didn’t have to remove their shoes to shed their trousers. When Nick decamped to New York, she went with him. Nick, unable to start his own venture, convinced Steve that Chippendales should expand to the Big Apple. Under his management, it became an even bigger success than the original and the media came calling, dubbing Nick “Mr. Chippendales.” You know how that went over with the boss. Nick thought that 3,000 miles between them would be enough. He was wrong.

Steve, a brown-skinned immigrant who faced constant prejudice in his day to day life despite his growing wealth, was especially sensitive about a white guy getting credit for his creation. But his own lack of insight led him to discriminate against African American patrons and employees, leading to a major lawsuit. It would never end. He would constantly be caught in his own web of distrust and jealousy. Believing he was always the smartest person in the room left him open to all kinds of bad financial decisions. He would eventually resort to arson and murder using an intermediary.

As you can see, this is a fascinating story and it’s all true. The actors are uniformly good to excellent. Kumail Nanjiani seethes as Steve. Murray Bartlett is a mix of sympathetic and narcissistic as Nick. Annaleigh Ashford makes a convincing love-interest accountant for Steve, and Juliette Lewis, as Denise the costume designer, is a true highlight. She sets the screen on fire with her volatility, constant movement, and vulnerability. Next to her, everyone is a placeholder.

And perhaps that’s part of the problem. All the characters should have popped. What does pop are the dancers and the routines. Luckily there is a lot of screen time devoted to the strippers and the appeal  is instantly apparent. Quentin Plair is a standout as the one African American dancer, appreciated by Nick and diminished by Steve’s overt racism.

Maybe the direction and writing is too perfunctory. This series should have been incendiary and instead its chronological storytelling borders on dull. Most of the fault probably lies in the length of time it takes to tell the story. Perhaps if the producers had chosen a four episode format instead of eight episodes, they could have compressed the time frame making it flow less awkwardly and faster. This is a story that needs pace. This is the rise and fall of Steve Banerjee who literally killed the golden goose. You’ll still want to stick with it, if only to see the fabulous dancers and routines. With a shorter series, Steve’s personality disorder would have imploded in a more interesting manner. Eight episodes of seething is four episodes too many.